Division over abortion exposed during COVID-19 despite change in law 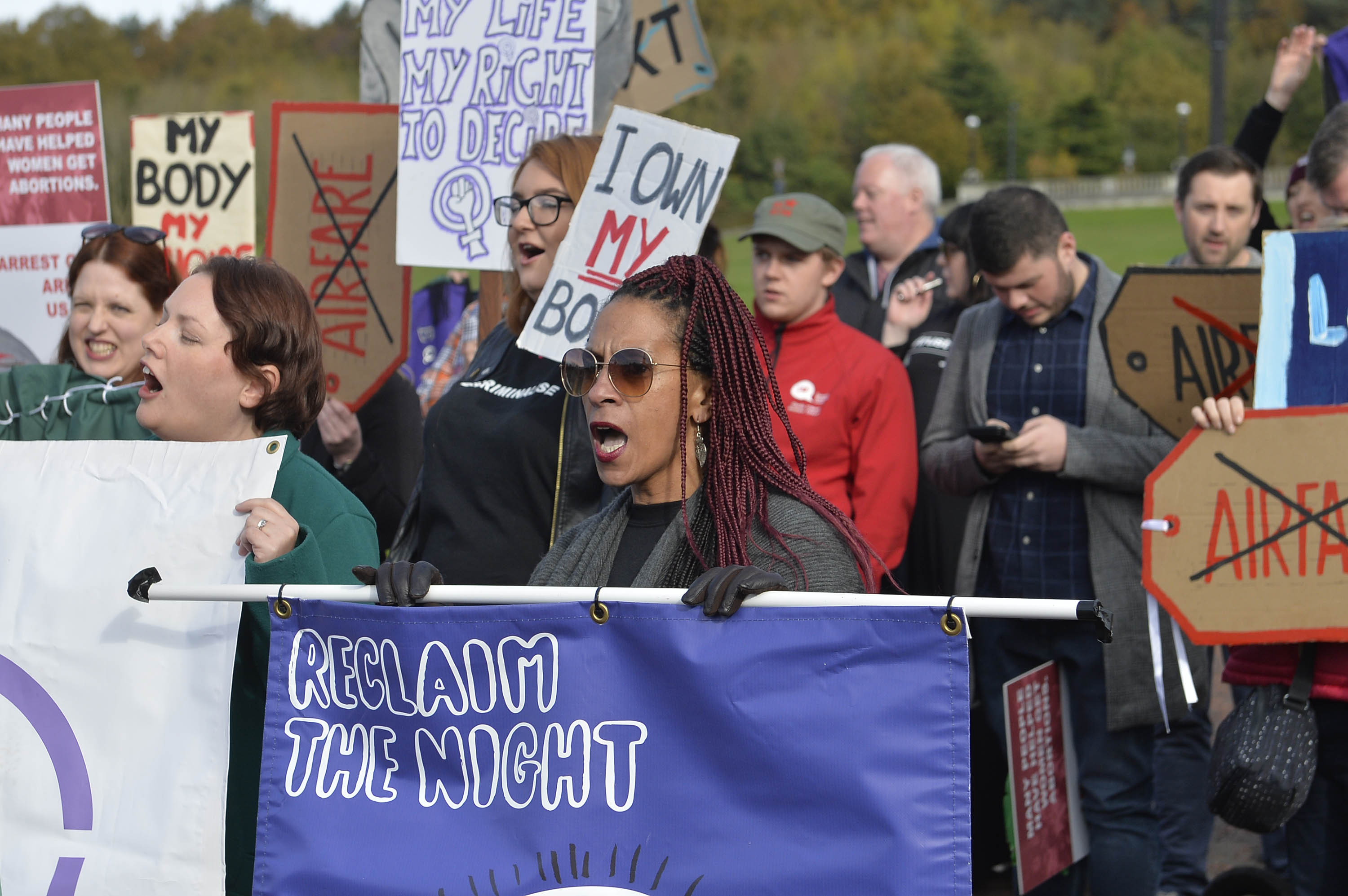 FIRST, she took a two hour bus trip from Derry to Belfast. Then, she boarded an eight hour freight ferry across the English Channel to Liverpool. After that, it was another hour-long taxi to Manchester. An eleven hour journey one way, it was exhausting. It was also the only option.

Until April 9, 2020 when the Department of Health (DoH) signalled that local health trusts could carry out abortion services, numerous women in Northern Ireland had to undertake these types of journeys to England, amidst the COVID-19 pandemic, to terminate their pregnancies.

With flights cancelled and largely ceasing from Northern Ireland, a freight ferry transporting cargo was the last remaining reliable option. The delay in providing an abortion service in Northern Ireland – which the country was supposed to have by March 31 – demonstrates how contested the issue still is here.

In a report issued two weeks ago by the House of Lords, Northern Ireland’s Attorney General John Larkin, who is pro-life, said the provision allowing abortion in Northern Ireland was inappropriate and that in imposing the regulations, the Secretary of State had exceeded his powers.

He wrote that “the relevant judgement call is best made by a local legislature”.

In the last nine months, the conversation around abortion in Northern Ireland has shifted dramatically. Just last summer, the country possessed some of the harshest abortion laws in Europe. Today, activists are calling for Northern Ireland to follow England, Scotland and Wales, and allow telemedicine for at home abortions in light of COVID-19.

“Generally there is a strong conservativism in Northern Irish society to do with sex and sexual health,” said Dr Fiona Bloomer, a lecturer in social policy at Ulster University. “Religiosity still has a hold over society.”

The 1967 Abortion Act, which allowed for abortion in England, Scotland and Wales, did not include Northern Ireland, where abortion remained illegal except when a woman’s life was at risk. Rape, incest, and fatal foetal abnormality were not sufficient grounds for abortion.

The United Nations Committee on the Elimination of Discrimination against Women (CEDAW) had said multiple times that restrictive abortion laws in Northern Ireland were in breach of the UK’s international human rights obligations.

In 2018, then vice-chair of CEDAW, Ruth Halperin-Kaddari, said Northern Ireland’s abortion laws at the time constituted “violence against women that may amount to torture or cruel, inhuman or degrading treatment”.

In July 2019, Members of Parliament voted for legislation which required the government to liberalise abortion and extend same-sex marriage to Northern Ireland if devolution was not restored by October 21, 2019.

As Stormont was not functioning until January 2020, the DoH was then supposed to make abortion services routinely available in Northern Ireland by March 31, 2020.

That, however, did not happen.

Though the law technically came into effect, services were not rolled out at the time. Guidelines to healthcare professionals who were ready to perform abortions were not issued.

When asked why services were unavailable, the DoH issued a statement, which said: “The emergence of COVID-19 means that arrangement now needs reviewed. The minister is currently considering this urgently. Given the significance and sensitivity of the issue, it will be a decision for the Executive.”

Ulster University lecturer, Fiona Bloomer, told The Detail she believed the COVID-19 crisis allowed the government to slow down and obstruct abortion access.

Naomi Connor, the co-convenor of Alliance for Choice, the largest pro-choice group in the north, pointed to other medical services that were quickly made available in light of COVID-19.

She said: “At this point in time, our view is that it isn’t a lack of service or provision. It’s the lack of political will.”

Ms Connor told The Detail her group had been inundated with an unprecedented number of calls after the COVID-19 lockdown. She estimated that in just two weeks of the lockdown alone pro-choice organisations in Northern Ireland had received over one hundred calls from pregnant women in Northern Ireland seeking abortions.

She also said that Alliance for Choice had received notice of multiple women in Northern Ireland, who after being refused abortions in the first few weeks of lockdown, attempted to take their own lives.

Liz Parsons, the head of advocacy for Life, a British pro-life charity, told The Detail that her organisation was also receiving an unprecedented number of calls from pregnant women in the UK – over a hundred percent higher this time than in March 2019 – for listening and counselling services. 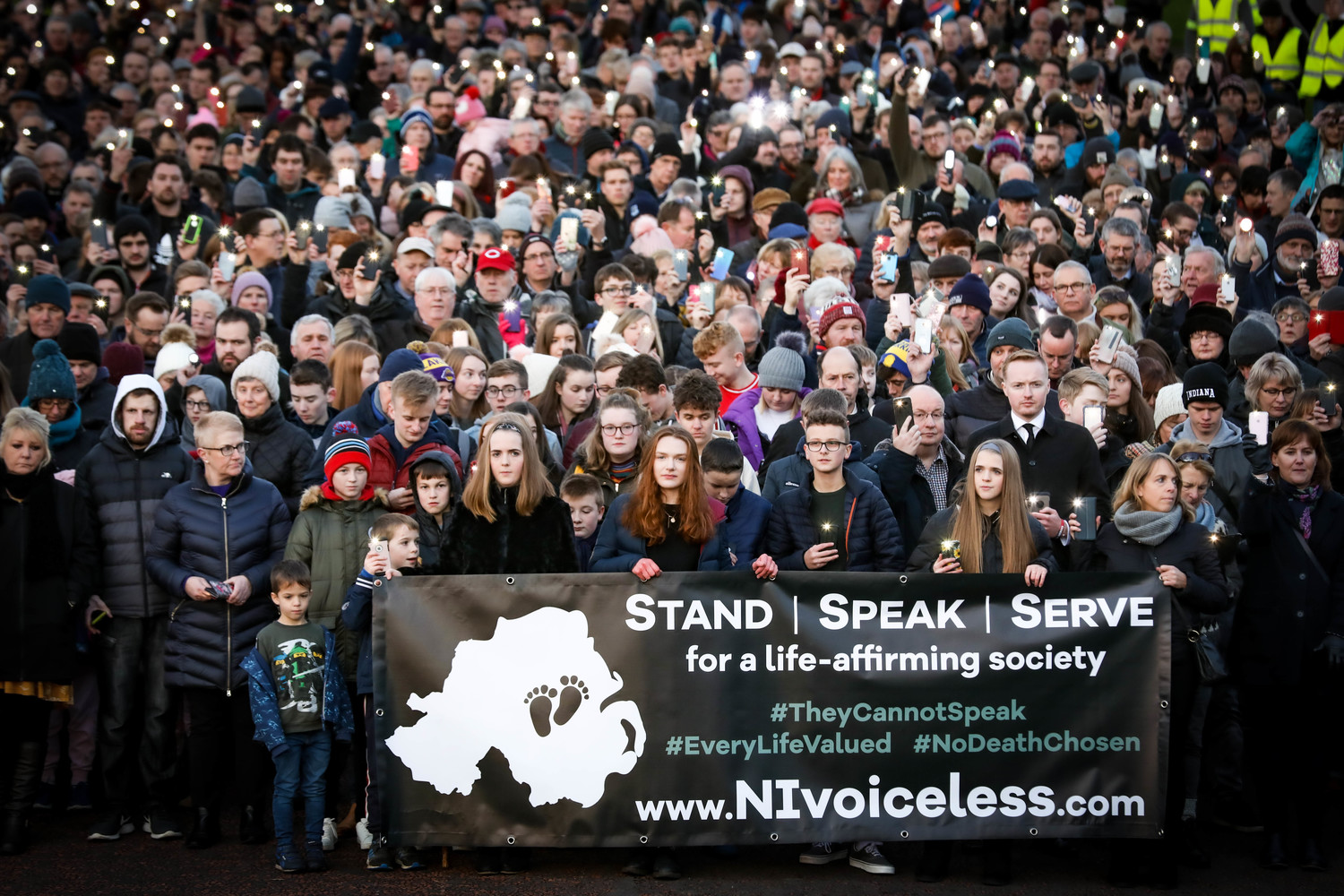 With the cancellation of many flights and no option for termination other than to travel to England, some women felt compelled to abandon social distancing precautions and undertake a sea journey – a round-trip that lasted at minimum of sixteen hours, and in many cases, much longer.

“Women were asked to risk the safety of themselves, their families, and healthcare workers during a pandemic,” Ms Connor, the pro-choice activist, said.

Pressure soon mounted from domestic and international groups. After the British Pregnancy Advisory Service charity announced it would send abortion pills to women in Northern Ireland on the morning of April 9, the DoH issued a statement that afternoon that “registered medical professionals in Northern Ireland may now terminate pregnancies lawfully”.

Though the service is now available, multiple individuals we interviewed said that there is confusion and a lack of information about where abortion services are currently operating. There have been multiple cases where GPs have told women that they were unsure where women can access abortion services.

Ms Connor, from Alliance for Choice, said that one woman reported that she had asked her GP, just outside of Belfast, about abortion services, but he responded that he would only help if she decided to continue the pregnancy and refused to refer her to an abortion provider.

According to the legal framework for abortion services published in March 2020, services are supposed to be offered in GP premises, and at Health and Social Care (HSC) trust clinics and hospitals.

While the DoH attributed the delay in service provision to the COVID-19 pandemic, Fiona Bloomer, the academic at Ulster University who has written extensively on abortion access, said Health Minister Robin Swann had “shirked his responsibilities” by first failing to issue abortion guidelines and then pushing the issue to the Executive.

Ms Connor and Dr Bloomer, as well as Jill McManus, the Northern Ireland representative for Doctors for Choice UK, told The Detail that Alliance for Choice had repeatedly requested to meet with Robin Swann since his appointment as Health Minister in January, but were never granted a meeting.

Alliance for Choice’s Naomi Connor said that her organisation had written to Mr Swann over five times since the emergence of COVID-19 and received one response, but no agreement for a meeting.

When asked about these issues, the DoH referred the Detail to the prior statement issued on April 9 that abortion would now be accessible, but did not directly respond to the question about meetings with Alliance for Choice and said it “had nothing further to add”.

Matthew O’Toole, an MLA for South Belfast who is a member of the SDLP, told The Detail that while he is pro-choice, he wouldn’t criticise Robin Swann, who he said has “a lot on his plate” due to COVID-19.

He added that he was pleased that the DUP was unable to thwart the change in law.

Since the DoH approved abortions in Northern Ireland, the conversation has shifted from whether abortions will take place in hospitals to whether telemedicine abortions will be allowed.

Telemedicine abortion, which has already been introduced in the rest of the UK in light of the COVID-19 pandemic, allows a woman in the early pregnancy period to take abortion pills at home after a remote consultation with a physician.

Dame Lesley Regan, Professor and Head of the Department of Obstetrics and Gynaecology at Imperial College London and the former President of the Royal College of Obstetricians and Gynaecologists, told The Detail that Westminister granted the provision to allow for telemedicine abortion so that women would not have to travel to clinics and potentially be exposed to the virus or transmit it to healthcare workers.

“The vast majority...of all abortions are early and occur at or before 10 weeks of gestation,” she said. “Those pregnancies are usually very eligible to be dealt with medically so there is no necessity to go into an operating theater and have an operation. It is a question of taking two tablets.”

Matthew O’Toole, the pro-choice SDLP MLA whose party has many anti-abortion representatives, said that he would be in favor of allowing telemedicine abortions in Northern Ireland given the current circumstances.

When asked if he would support telemedicine abortions after the COVID-19 pandemic, he said he “did not have a detailed enough view on it,” but would not be opposed to it in principle.

Liz Parsons, of the pro-life charity Life, said that the notion that Northern Ireland would go from largely restricting abortion access a year ago to providing telemedicine abortions is “unconsionable”.

DUP MP Carla Lockhart said: “We are fully aware of the many issues which the ongoing coronavirus pandemic is causing. However, we do not believe this crisis necessitates such a radical step as allowing for telemedicine abortions here. It is not the right way forward for women or for unborn children.”

In response, social policy lecturer, Fiona Bloomer, said the DUP “uses this symbolism of British identity that is important to them in so many aspects apart from the issue of abortion, and that’s where the localised opinion dominates more than national policy”.

Advocates for abortion services, as well as physicians, have stressed that telemedicine abortions are in fact quite safe.

The World Health Organization has listed both mifepristone and misoprostol – the two medications used to induce abortions – on its list of essential medicines. It has also endorsed self-management of abortion at home in areas where women have a source of accurate information and access to a healthcare provider should they want it.

“I am not asking anyone who doesn’t believe in abortion to have one,” said Imperial College London’s Dr. Regan. “Irrespective of the COVID-19 lockdown we must continue to provide this care, otherwise we will certainly see tragedies.”