Brexit and the Irish language 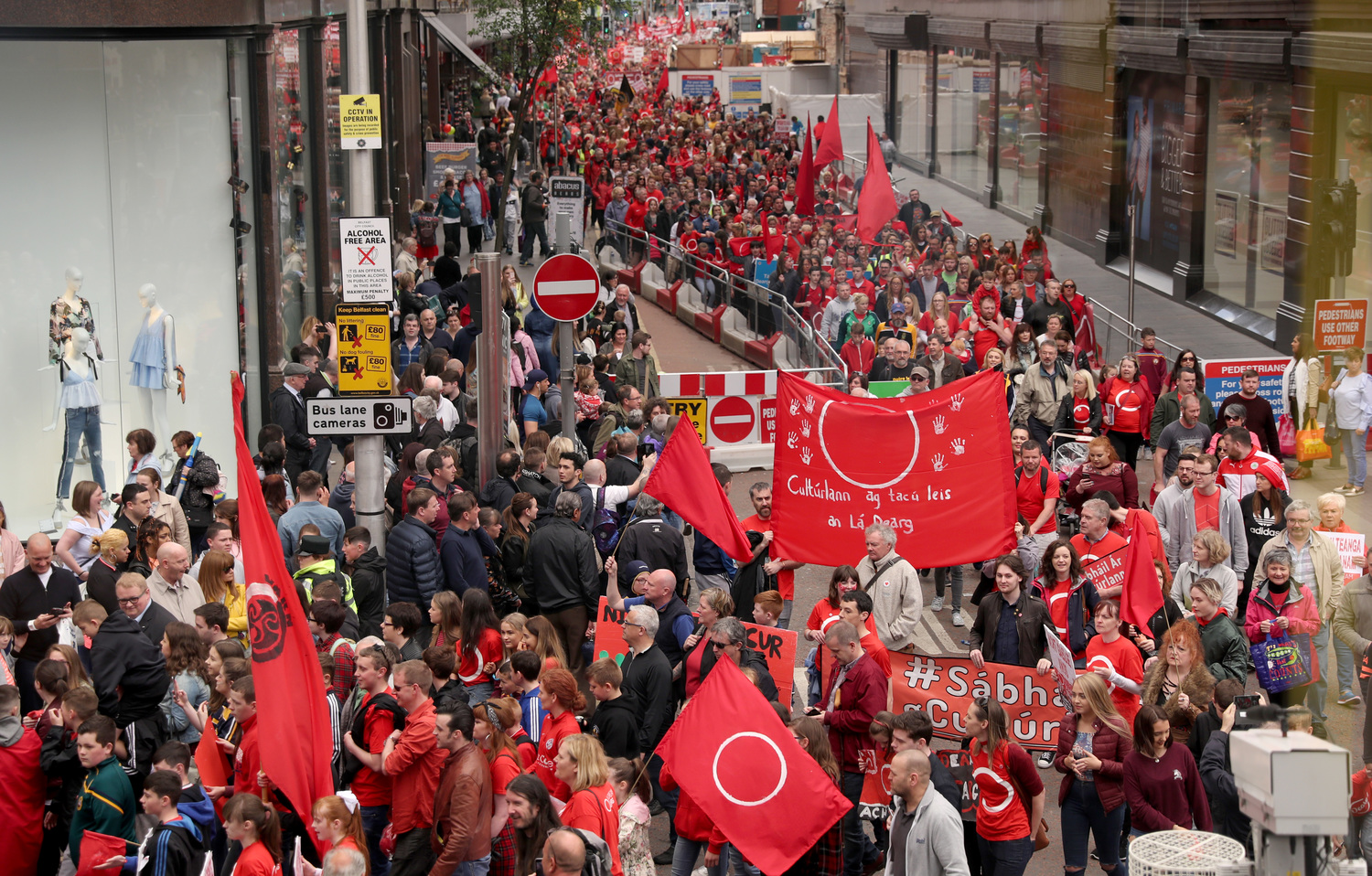 Irish language campaigners on the streets of west Belfast in May 2017: Press Eye

Since the referendum result was announced in June 2016, the profound and far-reaching implications of Brexit have been scrutinised in great detail by politicians and pundits, think-tanks and academics. In Ireland, we have witnessed what can only be described as a ‘Brexit sector’ emerge within civil and political society whose main focus for the past three years has been trying to make sense of the political upheaval that Brexit has brought.

Much of the focus here has been on a hardening of the land border, or a border in the Irish Sea, the impact of it and how it would be managed. This has taken on an almost dystopian dimension since the assent of Boris Johnson and the very real possibility of a no-deal Brexit. However, as Daniel Holder from CAJ explained in his article on this site, beyond that particular issue, there are numerous questions as to the impact of Brexit on the entitlement-boundaries between different groups of people living here, their rights and citizenship status.

Comparatively speaking, very little attention has been paid to what this means for the Irish speaking community, north and south. Much of the focus during the same period has been on securing rights domestically through an Irish language act. This isn’t entirely detached from the macro-political problems that Brexit has exposed.

To state the obvious, the language exists and is spoken across Ireland. Irish speakers live in networks, social and professional which ignore the border. The way both jurisdictions engage with the language, however, differs enormously. In the north, of course, the language has no legal status and the minimal treaty based obligations that were ratified are largely ignored (in the view of the Council of Europe and the UN). In the south (despite the well documented and real problems that exist) the status of the language is enshrined in the constitution, the Government introduced the Official Languages Act in 2003 and are currently half way through their 20 year strategy for the language.

So how will Brexit impact on all of this? Will things get better or worse for Irish speakers in the north? As referenced above, the Irish language is ‘recognised’ under the European Charter for Regional or Minority Languages and the Framework Convention for National Minorities. As Council of Europe treaties, they will remain in place post-Brexit. The Lisbon Treaty and the Charter on Fundamental Rights committed the EU to respecting and supporting cultural and linguistic diversity and prevents discrimination on the grounds of language.

As an island on the edge of Europe, it took us slightly longer to engage fully with our European partners at civil society level on issues of mutual interest. That has changed over time and recently, for example, Conradh na Gaeilge has been working with other minoritised language NGOs across Europe, through the European Language Equality Network (ELEN), to secure recognition for minority language rights within the EU. This includes on-going, ground-breaking work aimed at securing an EU directive to prevent the extinction of the indigenous languages of Europe. In the event of Brexit, of course, this would have no legal basis in the north were it successful. 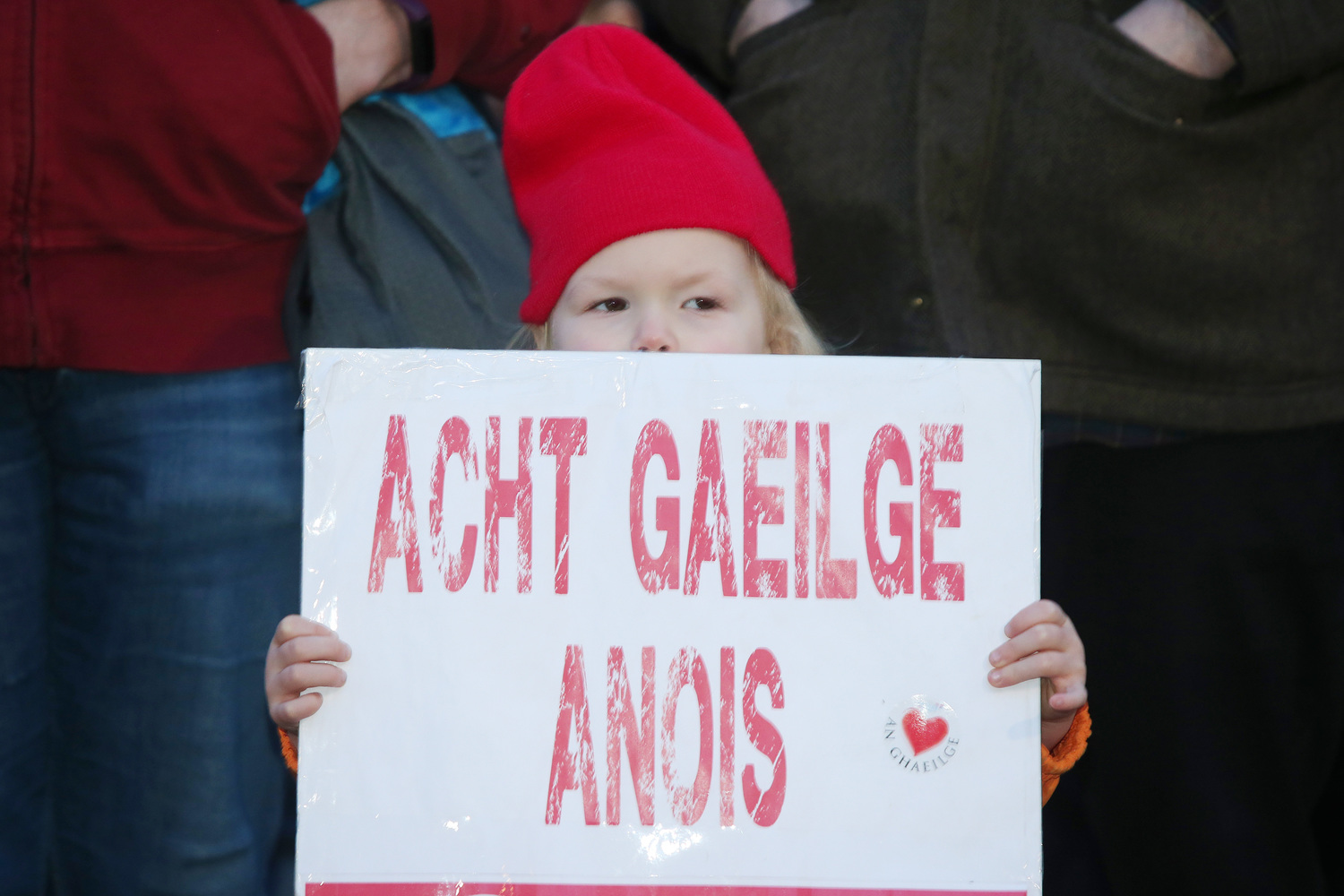 Conall de Spinn from Dublin is pictured at Belfast City Hall in January 2018 when it was lit up red in support of an Irish language act: Press Eye

Importantly, there is also a greater understanding and appreciation on mainland Europe of multilingualism. The majority of the citizens of mainland Europe are bilingual, trilingual or multilingual and Britain is somewhat unique, in a European minority, because of its almost exclusive monolingualism. This is obviously reflected in the political discourse around language rights. It is difficult for speakers of one language, especially if that is a global, powerful language, to appreciate the value and worth of other languages, be they native minority languages or other European languages. We have to create our own spaces and social networks under, as Basque language activist Paul Bilbao describes it – ‘the dictatorship of the mono-lingual.’

At a political level post-Brexit, there will be even less understanding of the value of maintaining and supporting native, minority languages which, despite everything thrown at them for centuries, have survived against all odds. Brexit will leave us at the mercy of a government which has shown zero regard for the interests of Irish speakers. It has failed to implement the commitments it has made in domestic law (through St Andrews 2006) so we would have little optimism that suddenly it would live up to its commitments in relation to the Council of Europe or the UN given the political atmosphere which Brexit has fostered. Driven as it was by the reactionary, exclusive politics of the right, Brexit cuts us off from a political union which has been taking measures, albeit belatedly, towards protecting the future cultural and linguistic diversity of the region. The integration fostered by the EU also provided us with templates and examples to be replicated in relation to the promotion and protection of languages.

The burgeoning relationships developed with European partners has also led to an increase in Irish language NGOs accessing European funding. At a time when our community projects have faced savage cuts, this funding stream has taken on added significance - but just as we were becoming accustomed to it, it will be out of reach for us. This will also devastate the educational programmes available through the EU which provided, for example, opportunities for trainee Irish teachers to work in other regions in Europe which use the immersion model of education.

The impact on the Good Friday Agreement, which provided the first formal recognition for the language in the history of the state has been well documented and scrutinised. It is worth noting however, that the cross-border language body, Foras na Gaeilge, was established under the GFA and delivered, for the first time, strategic, long-term investment in the Irish language in the north. Differences in approach between the two governments and the lack of legal status in the north has already created a two-tier approach to how Foras operates and many people are anxious that this will be compounded in a post-Brexit environment.

The difficulties currently faced by minority language communities are not unique. Throughout the last couple of centuries our languages and communities have faced numerous existential threats but have survived and in some places, are flourishing. This has been achieved through commitment and collaboration. So while others want to close their doors to Europe and other cultures, let us inspire our communities and increase our co-operation, integrate our messages and demands and get our collective campaigns to the centre of the political discourse.

Our struggle for our place in the world is local in practice yet global in significance. Fighting against the global, political and economic project which is leading to the complete destruction of the world’s environment and languages, 90% of which will be dead by end of this century, is too important to be diverted by the delusions of ‘Little Englanders’ who want to return to the days of ‘Rule Britannia’. As Maori activist Tuhiwai Smith put it: "The past, our stories local and global, the present, our communities, cultures, languages and social practices - all may be spaces of marginalisation, but they have also become spaces of resistance and hope." 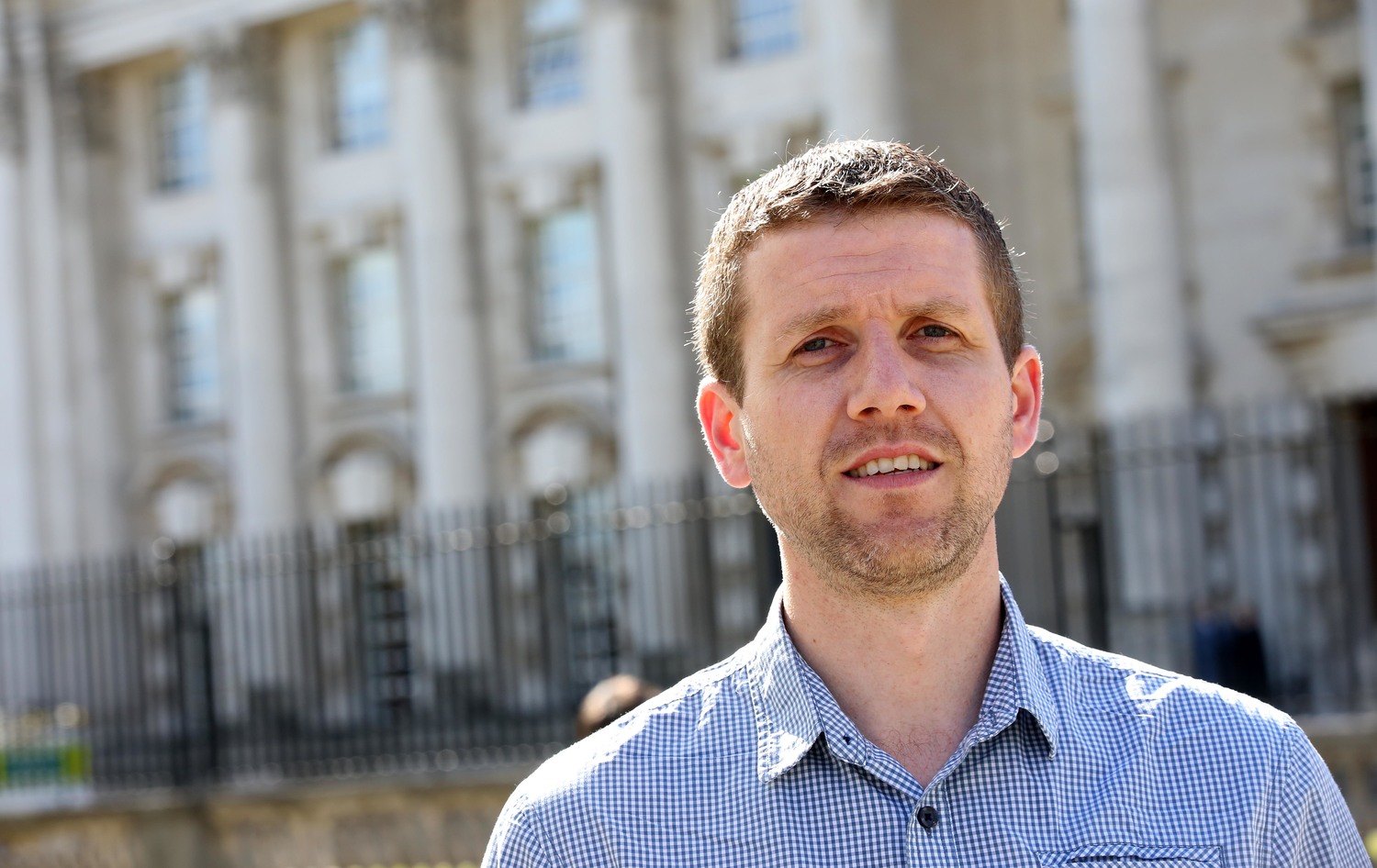