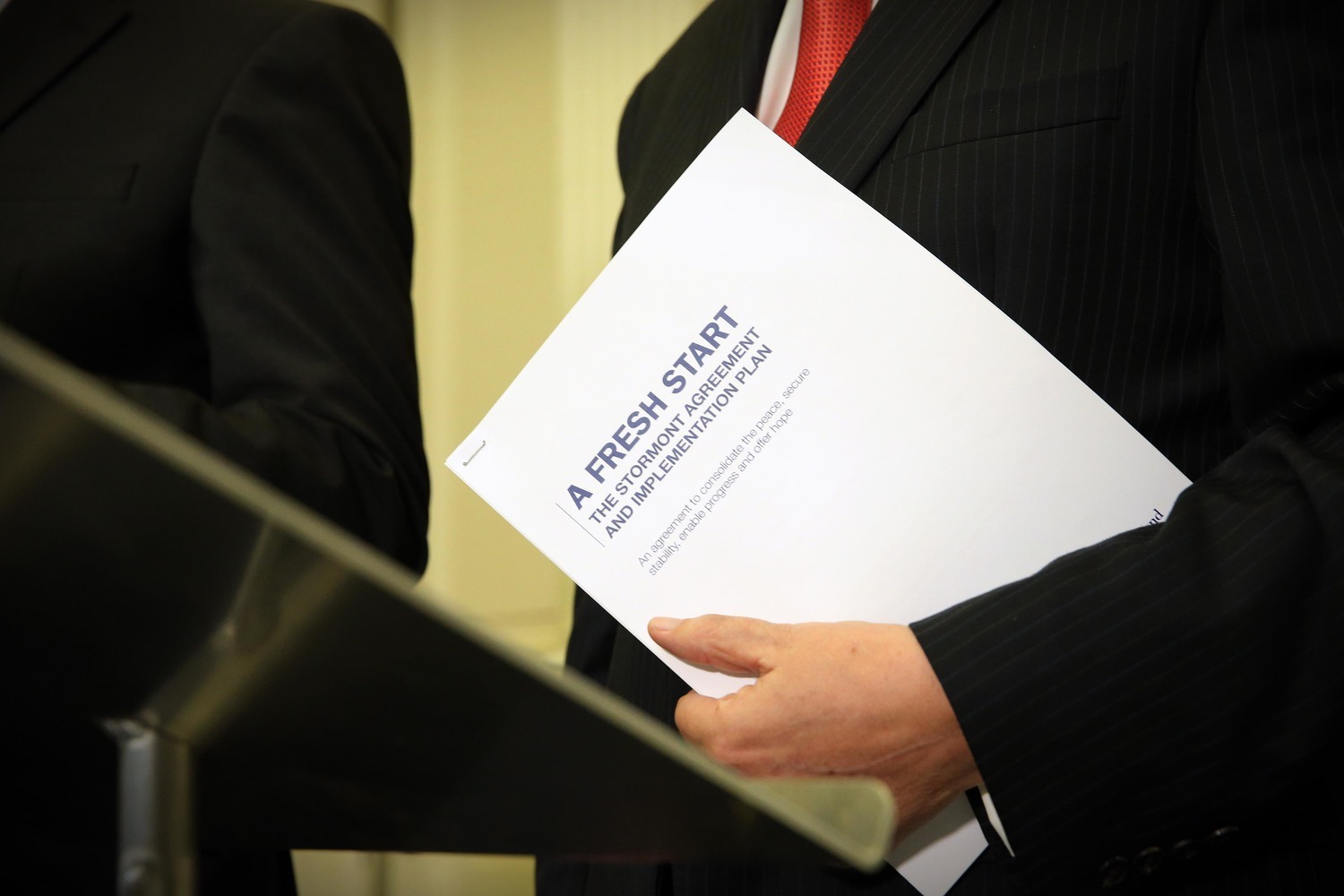 VICTIMS and human rights representatives have called for greater clarity on the retention of fingerprint and DNA records from the Troubles for future examination by the long-awaited Historical Investigations Unit (HIU).

The calls by WAVE Trauma Centre and the Human Rights Commission follow moves by the Northern Ireland Office (NIO) to extend temporary protections for Troubles-related fingerprint and DNA records up until October 2020.

The NIO has confirmed it laid legislation before Westminster on Monday to extend special protections preventing the destruction of biometric material – fingerprint and DNA records – that could prove vital in future investigations into Troubles-related killings.

The temporary protections put a stay on the roll out of the Protection of Freedoms Act (PoFA) in Northern Ireland. The 2012 Act no longer allows police to retain biometric material indefinitely and introduced strict rules on the retention or destruction of such material.

CEO of WAVE Trauma Centre Sandra Peake told The Detail: “WAVE representatives will seek to raise this issue with the Northern Ireland Office during the Consultation process to deal with the legacy of the past.

“Many victims and survivors of the Troubles are waiting for the creation of a series of institutions such as the HIU. They will want the optimum conditions in place to address/investigate the death of their loved one. We need more information on the volume and type of records being retained and assurances that all legacy records, including fingerprint records, are being retained until the HIU has completed its work.”

The Human Rights Commission's Chief Commissioner Les Allamby said: “This issue is a by-product of the failure to implement the legacy institutions under the Stormont House Agreement. The quicker we make progress on this front, the better.”

He added that "the decision on what is retained should be open and transparent" and called on the NIO to clarify the review procedures in place when considering legacy biometric materials.

At least 19,000 legacy fingerprint records taken by the Royal Ulster Constabulary (RUC) during the Troubles period are among the biometric materials protected.

In his 2016 report the Biometrics Commissioner for England and Wales, Professor Paul Wiles, revealed “19,000 hard copy legacy fingerprint records” were discovered by the Metropolitan Police in 2016 and returned to the PSNI for future examination.

Noting that legacy records would be reviewed by a new historical investigations unit he added: “I understand that the aforementioned 19,000 hardcopy Legacy fingerprint records will be reviewed as part of that process.”

Professor Wiles raised the issue again in his latest report submitted to the Home Office in March and published this week.

In the 2017 report Professor Wiles stated that “national security Legacy cases in Northern Ireland will no longer be reviewed as to PoFA compliance until after 31 October 2018. However, unless a further such Statutory Instrument is passed by Parliament, then PSNI must either consider legacy material for an NSD (national security determination) or delete it by 31st October 2018.”

The NIO legislation laid this week will safeguard such legacy material for review by a new Historical Investigations Unit (HIU), as set out in the Stormont House Agreement of 2014 and further committed to in the Fresh Start Agreement of 2015.

The biometric materials were due to be reviewed by October 2018 but a lack of political progress on legacy issues has forced the NIO to seek an extension of the special protections.

The NIO legislation to prevent the destruction of potential evidence is expected to pass in September and come into effect in October.

In the absence of a new historical investigations unit, Troubles-related killings continue to be investigated by the PSNI Legacy Investigations Branch and the Police Ombudsman.

PSNI Chief Superintendent John McCaughan told The Detail: “Currently, the PSNI holds more than 1 million fingerprint records dating from the 1930s through to the present day.

"There are no ‘legacy fingerprint records’ held as such. Suspects with a history of offending may have had a set of fingerprints taken during each investigation into the offence for which they have been arrested. This means that a number of individuals have multiple sets of their fingerprints held by PSNI”.

The latest proposals on the establishment of the HIU, put out to public consultation by the NIO last month, do not shed light on what biometric materials will be made available to the new independent investigations unit.

The NIO consultation documentation and draft bill suggests that the HIU may deal with as many as 1,700 cases from between 1968 and 2004 and that the unit will be allowed to retain biometric material for a period of five years.

The Human Rights Commission called for greater clarity from the NIO on the retention and review process for legacy biometric materials.

Chief Commissioner Les Allamby said: “The Commission understands the need to ensure that fingerprints as potential evidence of human rights violations and abuses during the conflict are retained for the purpose of effective investigations. However there must be a proportionate approach and the decision on what is retained should be open and transparent.

“The NIO having renewed the legislation should set out publicly the review procedures and other arrangements applied in making such decisions. It should also be clear what redress mechanisms are available for those affected."

Receive The Detail story alerts by email
Policing in Northern Ireland: how the past threatens the future
UN concerns over use of isolation in British prisons raises further questions for justice department