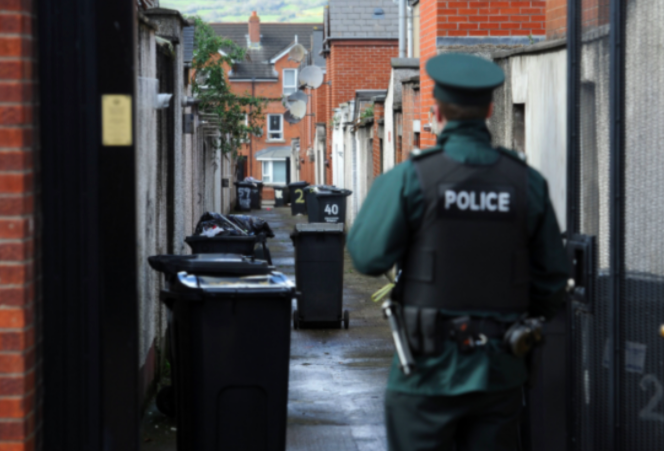 Black people and Irish Travellers were the most disproportionately affected.

Amnesty International said the figures “once again, leave the PSNI exposed to accusations of racial bias".

There were 4,818 fines issued across Northern Ireland between January 1 and July 1, 2021. Of the 3,565 fines where ethnicity was recorded, those with an ethnic minority background counted for 6.6% (236), despite this group making up around 1.8% of the population in Northern Ireland.

The figures for 2021 mark an increase on those from 2020, where those with an ethnic minority background counted for 4.2% of fines where ethnicity was recorded.

The figures were obtained by The Detail following a Freedom of Information (FoI) request.

In addition, a further 647 Covid-related community resolution notices – warnings that do not incur a fine – were handed out in the first six months of this year. Of the 482 fines where ethnicity was recorded, those with an ethnic minority background counted for 3.9% (19).

He added that when dealing with relatively small numbers, individual circumstances can impact overall totals.

The senior police officer also said that, where possible, decisions to enforce the regulations are overseen for compliance and consistency, and the PSNI seeks “to learn any lessons as quickly as possible in what are often fast changing circumstances".

However, PSNI Inspector and President of the National Black Police Association Andy George said: “The disproportionality highlights the poor relationships between PSNI and ethnic minority communities.

"When relationships are not strong, police officers are less likely to gain compliance using the engage, explain and encourage principles and have to resort to enforcement action.”

He said that the figures “come as no surprise”, given similar trends in England and Wales, and that “more needs to be done to monitor enforcement action against ethnic minority communities".

The police officer added: “The lack of policies allowing ethnic minority communities to participate fully in policing implemented through the mechanism for equality under the Patton reforms, provides little protection for these vulnerable communities.”

Separate from Covid enforcement, the number of people from an ethnic minority background who were subject to stop and search by the PSNI was also disproportionately high in the past twelve months.

Acting Assistant Chief Constable Sam Donaldson said that the “vital” stop and search powers are only used when necessary, and that the PSNI is “fully committed to ensuring the fair, effective and legitimate use of stop and search".

He also said: "We recognise that the use of these powers is a sensitive issue for our communities. I can assure the public that we continually review our practices and training, and have processes in place to ensure that stop and search is used effectively and proportionately.”

“The Chief Constable has committed to rebuilding the PSNI's damaged relationship with Northern Ireland’s black and minority ethnic communities. These figures will not help.

“If the police cannot provide a credible explanation for the disparity, the matter should come under scrutiny by the Policing Board and could trigger a complaint for investigation by the Police Ombudsman.”