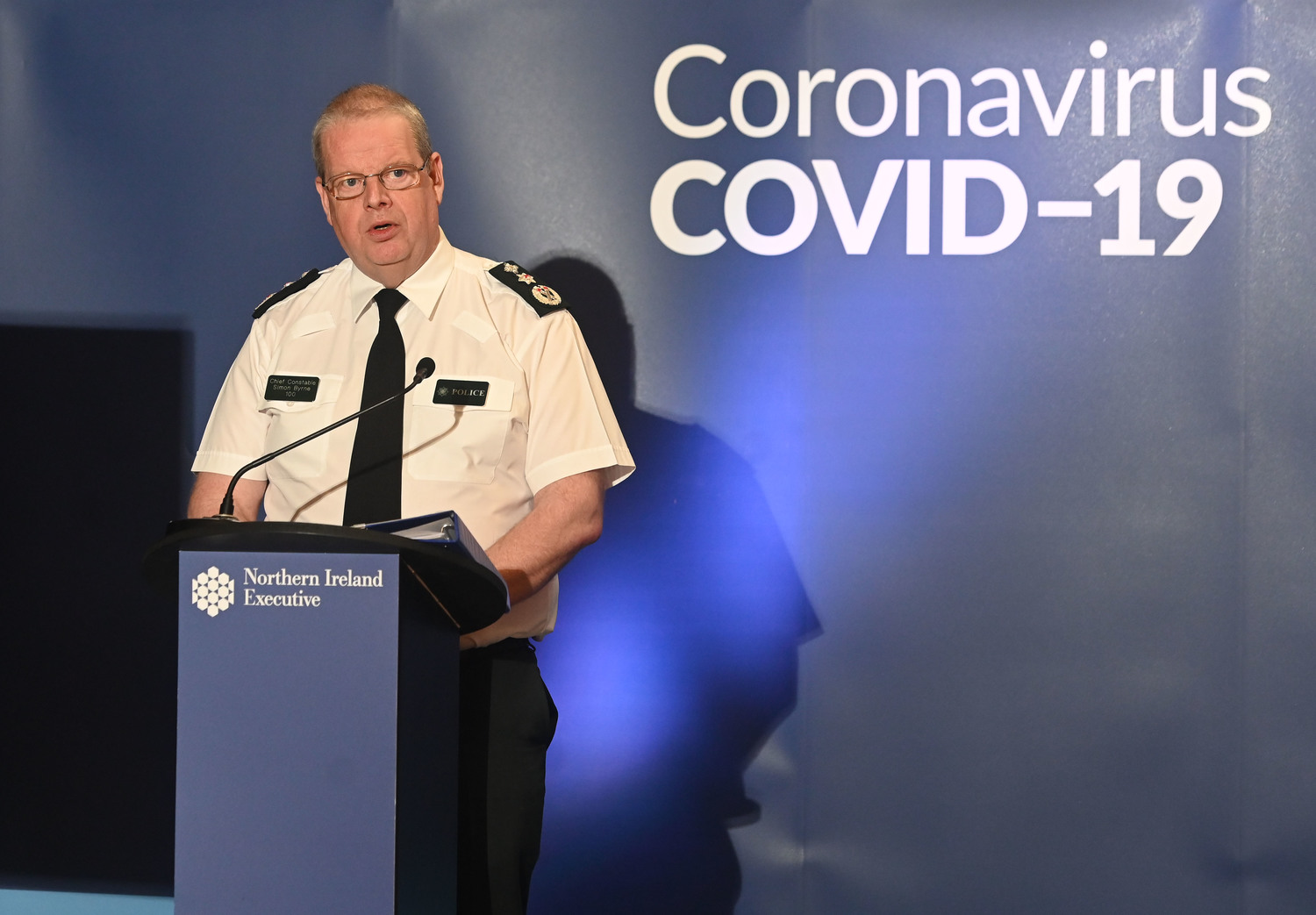 THE Police Service of Northern Ireland (PSNI) have continued to arrest and fine people begging during the pandemic, in an approach criticised as “counterproductive and damaging”.

New figures released by the PSNI in response to a Freedom of Information request show that 21 people were arrested for begging from May to mid-December 2020. Six fines were also handed out, averaging at £75 each.

More than 320 arrests have been made under the 1824 and 1847 Vagrancy Acts since 2015, and the acts have been used with increasing frequency.

While there were 35 arrests for begging in Northern Ireland in 2015, that figure rose gradually over the years to reach 88 arrests in 2019. The PSNI said that the overall rise in arrests has been “gradual”.

The majority (74%) of those arrested were later charged. There were also over £5,000 in fines handed out in the same period.

The use of the almost 200-year-old legislation to penalise people for begging and rough sleeping has been criticised by MPs and homeless charities, who have called for the Vagrancy Acts to be repealed.

The acts were originally introduced to make it easier for police to clear the streets of destitute soldiers returning from the Napoleonic Wars, having the full title of ‘An Act for the punishment of idle and disorderly persons, rogues and vagabonds’.

West Belfast MLA Gerry Carroll harshly criticised the PSNI’s “approach of targeting some of those most isolated and marginalised groups in our society".

“I would strongly urge the PSNI cease from engaging in this disgraceful, counterproductive and damaging approach,” Mr Carroll said. “I will also be raising this with the Justice Minister to ensure this issue is addressed."

The arrest figures only cover those who were processed in police custody. It does not include those who were arrested and street bailed, nor those dealt with through other means such as community resolution notices. The PSNI did not provide these figures.

There has been a perceived rise in rough sleeping in Northern Ireland in recent years, partly related to a visible increase in ‘street activity’ including street begging and street drinking, according to a recent report from Crisis and the Joseph Rowntree Foundation.

Figures from the Department of Communities also show that poverty increased in 2019, with over 300,000 people – or 16% of the population – living in absolute poverty. People are considered to be in absolute income poverty if the income of their household is less than 60% of the UK median household income.

Charities have warned that many more could be swept into poverty once the full effect of Covid-19 is felt.

However, charities have long questioned how well placed police forces are to deal with rough sleeping and begging.

Arresting someone for begging serves to create “a hostile environment”, pushing people further away from support services, said Nick Morris, Head of Policy & Communications for Wales at the homeless charity Crisis and author of a report into the effects of the legislation in England and Wales.

There is evidence to show that when people are arrested for begging, some move on to other crimes like shoplifting or street sex work, he said.

Most police forces in England and Wales have reduced the number of arrests, according to data obtained by the BBC.

MPs have criticised the continued use of the Vagrancy Acts, including during the pandemic when a different approach has been taken to several social issues, such as a ban on evictions and a pause on benefit sanctions.

Cross-party efforts in Parliament to repeal the 1824 Vagrancy Act are being led by Liberal Democrat MP Layla Moran, who is sponsoring a Private Member’s Bill to repeal the Act.

Speaking in a Westminster debate on the subject in 2019 – the only Northern Ireland MP to do so – the DUP’s Jim Shannon said that “the use of this law to target people who are sleeping on the streets or begging should be stopped, and instead councils should work with compassion and care to help people who are desperate and find a way to make our social care system work for that individual”.

More recently, MPs wrote to Luke Hall, Minister for Rough Sleeping and Housing, urging for him to scrap the Vagrancy Act. "We need to treat all rough sleepers with as much compassion as possible at any time, and especially in the present circumstances – there is no need for the act to remain in place," the letter said.

The UK Government is reviewing the legislation’s future in England and Wales. Crisis and other homeless charities are calling for the government to follow Scotland’s example from the 1980s and completely repeal the legislation.

The North’s Department of Justice has said that Minister Naomi Long is aware of the issue.

“Recognising the cross-cutting nature of the issues involved, (the minister) has asked officials to review the use of this legislation, taking account of developments in neighbouring jurisdictions, and to advise her of their findings in the coming months,” a Department of Justice Spokesperson said.

Most of those arrested in 2020 were from Northern Ireland.

However, previous years have seen a disproportionate number of EU nationals arrested. Between 2015 and 2019, approximately 60% of those arrested in Northern Ireland were Romanian nationals. Over 25% were from the UK or Ireland. Northern Irish nationals made up the fastest growing nationality of those arrested over the five year period.

There were concerns about Romanian nationals begging and rough sleeping in Derry and the North West region in 2019, said Eileen Best, Director of Operations at First Housing Aid and Support Services.

Northern Ireland’s Housing Executive often has no statutory duty to rehouse migrants, she said, meaning that supporting migrants who are begging or rough sleeping can be complex.

There was a coordinated multi-agency approach to support Romanian nationals in 2019, she said. “There was a genuine concern that people may have been rough sleeping and had no recourse to public funds and no way of getting off the street. It wasn't easy to watch people that were forced to beg on the streets.”

Efforts included helping those who wished to do so to return to their home country.

Arresting EU nationals for crimes such as begging can end up putting them at greater risk of homelessness.

Obtaining a criminal record can have an impact on EU nationals' right to remain in Northern Ireland. This in turn can further restrict their access to housing and benefits, leading to homelessness.

Under new powers that came into force in December in the UK, rough sleeping is grounds to deport non-UK nationals.

Chief Superintendent Simon Walls said in a statement that the PSNI “are conscious that issues such as begging are challenging. The answer lies with wider society and policing is only one part of this.”

Chief Superintendent Walls said the police consider a range of options before arrest.

“Our Neighbourhood Policing Teams work closely with a range of organisations who are seeking to find meaningful alternatives to begging and rough sleeping,” he said. “Where those people we find on the street are vulnerable and in need of help we will work with our partner agencies to help keep them safe.”