Hundreds of children not assessed by social workers in time 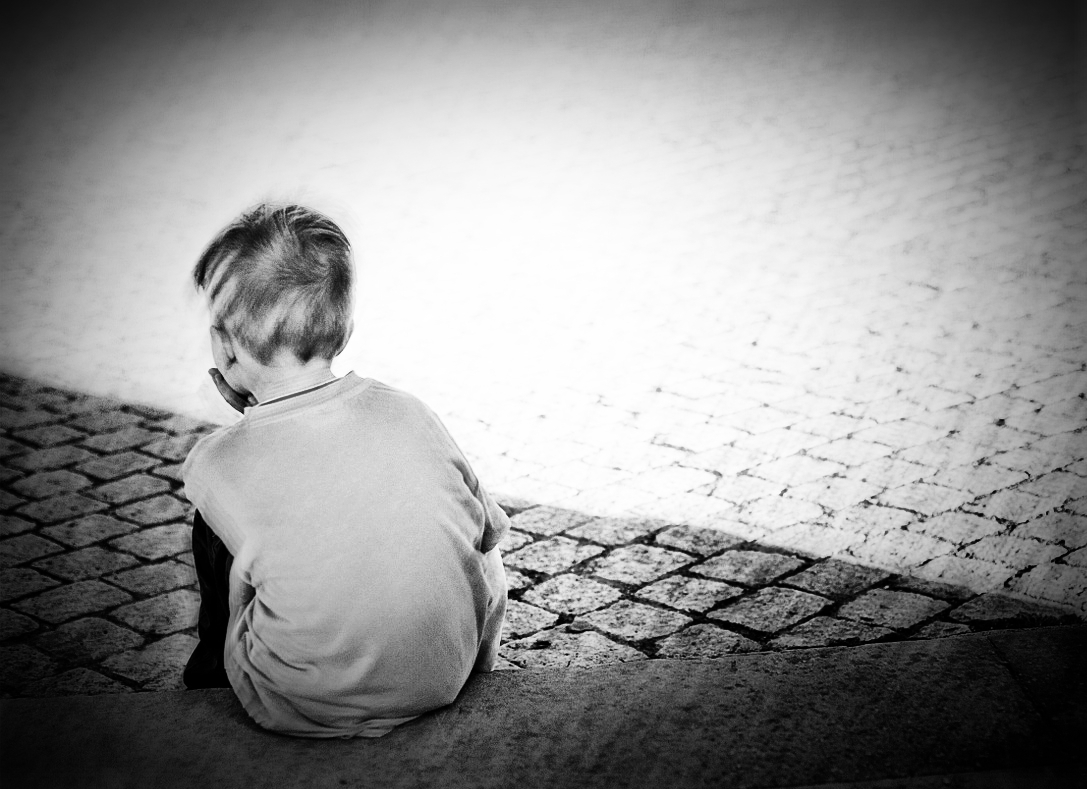 HUNDREDS of children across Northern Ireland are not being assessed in time by social services, new figures obtained by The Detail reveal.

The latest data available from the Health and Social Care Board (HSCB) show that, as of July, 567 children were waiting more than a month for a social worker to be allocated to assess their needs.

These unallocated cases arise when children, referred to social services for assessment, are not seen within the regionally agreed timeframe of 20 working days or a calendar month.

The number of unallocated cases is reported by each health and social care trust to the HSCB on a monthly basis and these figures provide a snapshot of pressures within each trust area.

The figures show that unallocated cases mainly affect children referred to gateway, family intervention, or disability support services but do not involve more serious and urgent child protection referrals that could involve children at immediate risk of abuse or neglect. Gateway services deal with new referrals or concerns about the safety or wellbeing of a child.

The Detail previously reported on challenges within children’s social services and calls for the recruitment of an additional 330 social workers across Northern Ireland.

Commenting on the most recent figures available, the HSCB said unallocated cases are closely monitored and are being addressed as a matter of priority through additional funding secured from the Department of Health.

The British Association of Social Workers Northern Ireland (BASW NI) described the figures as concerning. BASW NI national director, Carolyn Ewart, told The Detail: “The increase in the number of unallocated cases in children’s services is concerning and points to what we know is a significant challenge facing social workers in terms of the increasing complexity of cases.” 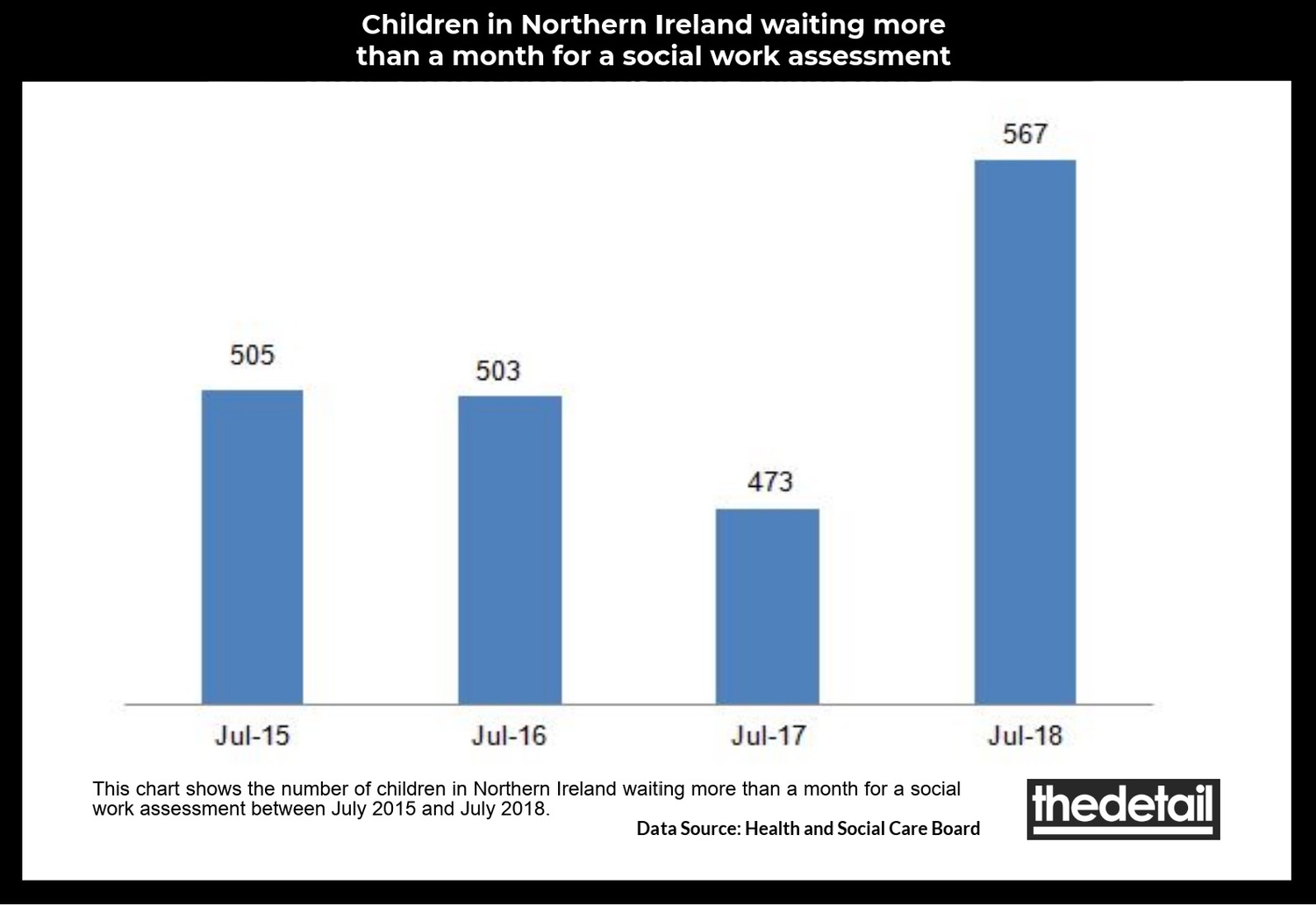 The Detail can further reveal that some children, who have been allocated a social worker, can be left unattended or receive the minimum level of support and intervention because of short term staffing absences.

It is not yet known how many children are unattended within children’s social services because data has not been recorded to date.

A report by the Regulation and Quality Improvement Authority (RQIA) published this year found: “In one Trust staff referred to what are known to practitioners as ‘unattended cases’ which are not reported on. These cases have been allocated to staff, who subsequently report sick or go on maternity leave. These cases are only given minimum statutory intervention or dealt with in an emergency. The review team could find no evidence that data on these cases is collected by trusts or reported to the HSC Board.”

At the time of writing, the HSCB said it was not aware of any unattended cases in any trust area.

The professional body representing social workers, BASW NI, however, confirmed that unattended cases do arise and welcomed moves to record and monitor such cases.

The scale of the problem is set to become clearer in November when health and social care trusts will report, for the first time, the number of unattended cases to the RQIA.

The most recent HSCB figures available show significant regional variation in the number of unallocated cases in children’s social services across Northern Ireland. 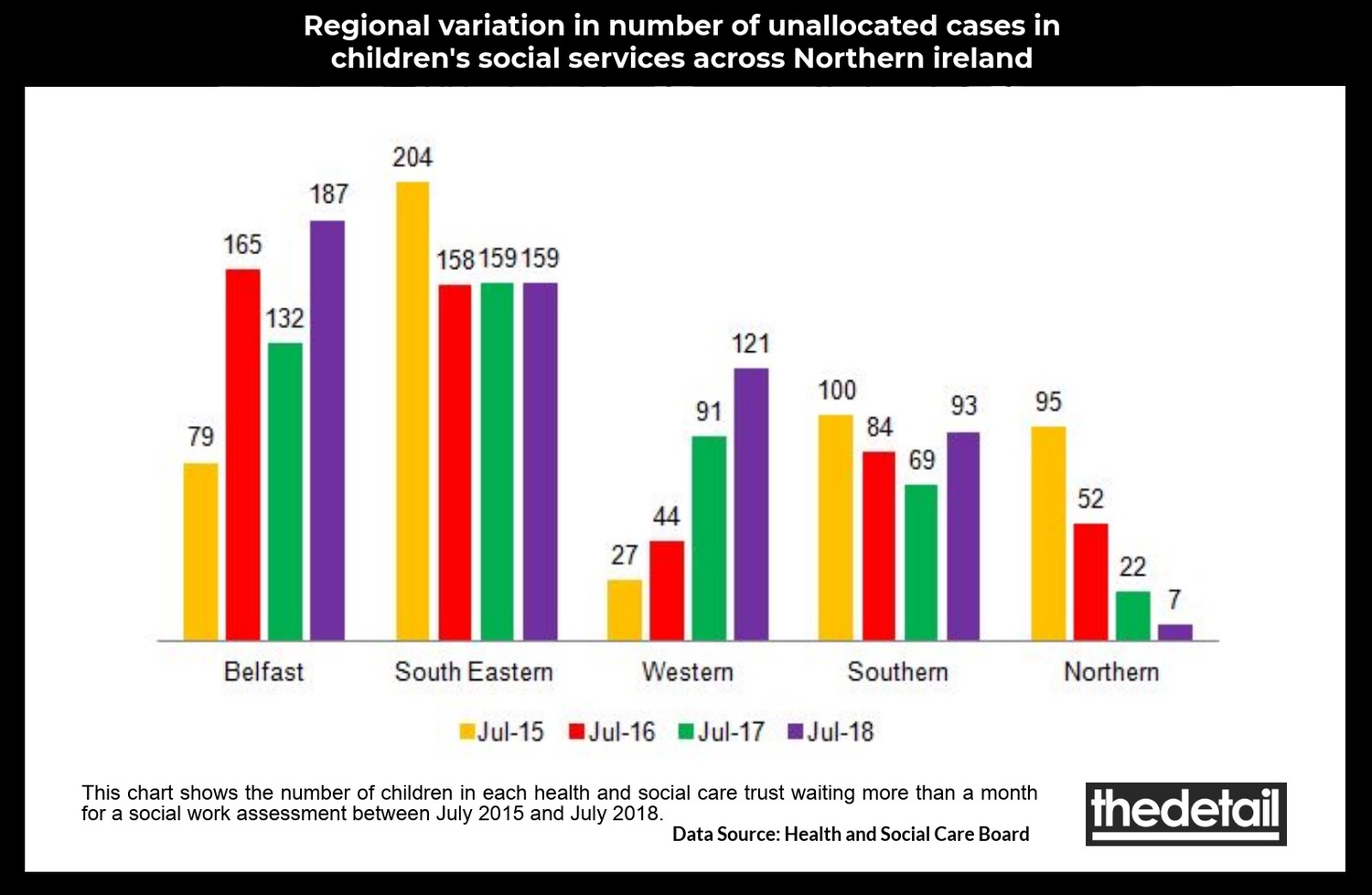 BASW NI stressed that all referrals relating to child protection or children at potential risk are assessed as urgent and allocated immediately but accepted that other lower risk referrals could remain unallocated for a period of time.

Mrs Ewart said: “Although the overall trend in the number of unallocated cases indicates significant recent increases regionally, there is notable variation between the performances of the health and social care trusts. The Northern Trust has seen its unallocated cases drop to single figures, and it is important to ensure that where success is achieved, lessons are learned.”

The Northern Trust said close monitoring of cases on a monthly basis helped to keep the number of unallocated cases at a low level. A spokesperson for the trust said: “The Northern Trust has a monthly Unallocated Cases Service Improvement Board that closely monitors allocation of cases so that timely actions can be taken to avoid potential delays.”

Meanwhile RQIA has highlighted the need for the HSCB and health and social care trusts to bridge a significant gap in governance arrangements by recording and monitoring the number of unattended cases in children’s social services.

The regulator identified the issue during a review of children’s social services, published in May this year. The RQIA review found that unattended cases could arise due to short term staff absences, such as sick leave.

Commenting on the governance gap a spokesperson for RQIA told The Detail: “The issue of cases that were described as unattended came to light during our review visits, and as we did not have a full picture of such cases, we did not report on the number of such cases. However, RQIA’s review team considered such cases as a significant gap within trust’s governance arrangements, and therefore, we made the two priority 1 recommendations to be addressed within six months of the publication of our review.

“These recommendations called for mechanisms to be put in place to ensure data on unattended cases is collected, analysed and subject to ongoing risk assessment/risk management by the health and social care trusts. We also recommended systems to monitor and review unattended cases by the HSC Board, in conjunction with the HSC trusts, as part of performance management and oversight of child protection services.”

At the time of writing, the HSCB told The Detail that trusts did not use the term ‘unattended cases’ and that it was not aware of any such cases in any trust area.

A spokesperson for the HSCB said: “In the unlikely event that a case cannot be allocated it will be escalated to a senior manager for immediate resolution and allocation. Following the publication of the RQIA report, the HSCB sought an assurance from all health and social care trusts in relation to ‘unattended’ cases. All trusts have confirmed that they have no unattended cases.”

The professional body for social workers in Northern Ireland said there was an "indisputable need" to reduce the number of unattended cases.

Mrs Ewart said: “When a social work post becomes vacant, often due to sickness or maternity leave, there is a requirement to prioritise and redistribute the most at-risk cases among the remaining staff members. Often, lower risk cases will receive the minimum statutory attention in the form of a monthly visit.”

The BASW NI director welcomed moves to record, for the first time, the number of unattended cases in each trust area.

Mrs Ewart said: “The existence of unattended cases, while far from ideal, is not new. Such cases highlight the over-bearing nature of many social workers’ workloads.

“The RQIA has requested information from the Health and Social Care Trusts concerning the number of unattended cases. We would welcome publication of this data which we anticipate will provide a clearer picture of the pressures facing social workers working in children’s services and evidence the need for an increase in the resources available for these services.”