"It's like a cartel": Migrant voters feel ignored in Northern Ireland

THE racial and ethnic demographics of Northern Ireland have changed.

The main political parties have been criticised for not reflecting this – from a lack of diversity of their candidates to what policy issues get prioritised.

Figures from the 2021 census could show that 4% of Northern Ireland’s population are from a black or minority ethnic background, according to the Equality Commission. And around 150,000 migrants, mostly from the EU, are estimated to live here.

Yet not a single elected representative in the Stormont Assembly is from an ethnic minority or migrant background, and there is only one minority ethnic representative within all local councils.

“Diversity is here, and it is here to stay”, Beverley Simpson told The Detail whilst on a break from her shift as a nurse in Derry. “So you might as well open up your politics and let us through the door.”

Ms Simpson has called Northern Ireland home for over 15 years, although she is originally from Guyana and has a Barbadian mother. “I’ve got a lot of culture in me”, she laughs.

She is not impressed with the lack of the diversity in the upcoming Assembly election, especially from the five government parties.

“At some point, people from the migrant community are going to step up and forward. So whether the traditional big parties pick them or not, it's going to happen in the near future.”

Other than increased representation, she wants to see a commitment to fully implement the long delayed racial equality strategy as part of their pitch to voters.

“I'm keeping an open mind to everybody”, she says of the stream of canvassers asking for her vote in recent days. “But for the ones that are hardcore and set in their ways and doesn't include us, what is the point in voting for them?"

Valeria Higgins shares similar sentiments. Originally from Russia, she moved to Australia as a child, later settling in Belfast.

All European Union and Commonwealth nationals are entitled to vote and stand in elections in Northern Ireland, and as an Australian citizen Ms Higgins exercises that right at “every election”.

“I feel it is important”, she says.

Options on who to vote for, though, can be limited.

“Although the (nationalist and unionist) parties have their own policies which are above and beyond the orange and green, it is still very hard to look past that.

“The choice, at least for me, is smaller, because of the two-sided politics.”

These issues were recently highlighted in a damning report by a Westminster watchdog.

The Northern Ireland Affairs Committee warned that the politics of "green and orange" – including the framework under which Stormont is set up – means that minority ethnic communities have often been “overlooked” in politics and policy-making.

The visible lack of representation of minority ethnic identities in public life has made the problem worse, the report said, calling on political parties to “better reflect Northern Ireland society today".

Nor are these issues confined to the political sphere. There is under representation of minority ethnic groups across Northern Ireland, for example in public appointment applications for the civil service, especially for senior roles, and in the PSNI.

The Equality Commission’s senior policy officer Deborah Howe told The Detail that the lack of representation in Stormont is a "key inequality" which has wide implications.

“It goes much broader than just the Assembly”, she said. “You don’t have the diversity of views when legislation is being scrutinised.”

Nor on important oversight bodies, such as the policing board. Racially motivated hate crime rose significantly last year, yet very few cases result in an offender being charged.

In terms of encouraging representation, Ms Howe stressed that people from minority ethnic backgrounds are not one homogenous group and political parties can’t rely a ‘one size fits all’ approach.

A bill is currently being debated in Westminster to permit political parties to use all-ethnic-minority shortlists for the selection of election candidates. Senator Martin Conway, the first visually impaired member of the Oireachtas, recently proposed a “diversity quota” for Dáil elections.

Anna Lo made history in 2007 when she took a assembly seat in South Belfast for the Alliance party. Born in Hong Kong, she was the first ethnic-minority politician in Stormont.

Ms Lo went on to top the poll in the constituency in the subsequent 2011 Assembly elections, yet would announce her retirement only three years later due to sustained racist and sexist abuse.

In addition to intimidation via social media networks, her party office was repeatedly attacked and she was once followed out to her car by a mob while campaigning at an east Belfast shopping centre.

She also cited First Minister Peter Robinson’s defence of Islamophobic comments from a born-again Christian preacher as a reason for leaving politics. 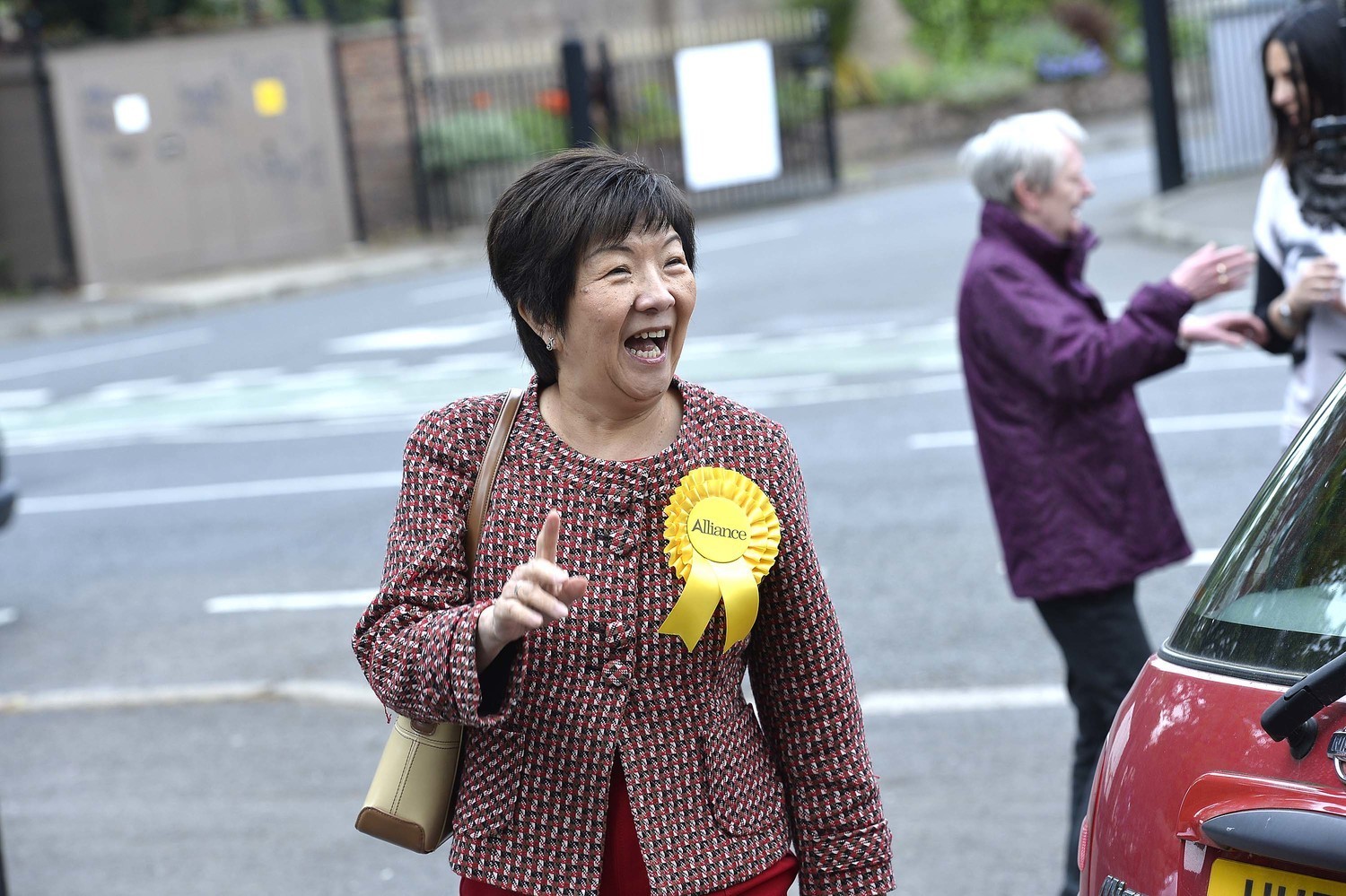 Sipho Sibanda, an activist and social policy student originally from Zimbabwe, is standing for People Before Profit here.

She is one of the very few candidates in this election from a minority ethnic community.

Regardless of the background of the voter or the candidate, she says recurring themes are raised at the doors – the cost of living, petrol prices, fears about climate change.

She has received a positive response to her parties policies, but also to the very fact that she is running. “Some people have said that they haven't seen a person of colour standing. I think people are happy to see the change.”

Ms Sibanda says she was motivated to run for office as she was acutely aware of the lack of representation.

She mentioned the police and political response to the Black Lives Matters rallies in Derry and Belfast in June 2020 – which Ms Sibanda spoke at. Protesters were fined and organisers were investigated under organised crime legislation, before an Ombudsman report ultimately found that the handling of the protests was unfair and discriminatory.

“It made me realise, and some people around me realise, that we do need more representation.” The approach from policy-makers is too often “more of what can we do for you. It's not do come in and let's make the policy together".

But when it came to the election and People Before Profit asked her to stand, she says she was initially hesitant.

“I was talking about representation, but I thought somebody else would do it!”, she says, laughing.

“And I thought, I keep talking about it. I might as well walk the walk.”

Elly Odhiambo is also running for the first time.

Originally from Kenya, he has lived here more than 20 years, working as a lecturer, playwright, community support worker and columnist.

“I’ve been knocking on doors like there is no tomorrow”. Lacking financial resources and a team of volunteers to help canvass makes running as independent difficult, he said, but it can have advantages.

“People want a genuine person speaking to them, because most of them are fed up with politicians at Stormont. They're saying, ‘Will I even vote?’” (One in three people did not vote in the last election here.)

Mr Odhiambo considered running with a mainstream party – and even approached two – but it was difficult to make inroads.

He feels the main parties are closed to newcomers. “It's like a cartel. It actually reminds me sometimes of Kenya.”

His background – or people's stereotypes of it – can also lead to interesting conversations while canvassing.

Frequently people have raise the issue of abortion legislation, and are surprised to hear his pro-choice views.

“I think some are shocked because they have a stereotype, ‘Oh, you're from Africa, Africans are conservative in nature’.”

In regards to the lack of representation, he says: “You think to yourself, why is that not happening?”

While the issue is not unique to Northern Ireland, there is at least some level of representation of minority ethnic communities in each of the Scottish, Welsh and UK parliaments.

Ireland has had a number of mayors from minority ethnic backgrounds, from Rotimi Adebari in 2004 in Portlaoise to Uruemu Adejinmi in Longford in 2021. 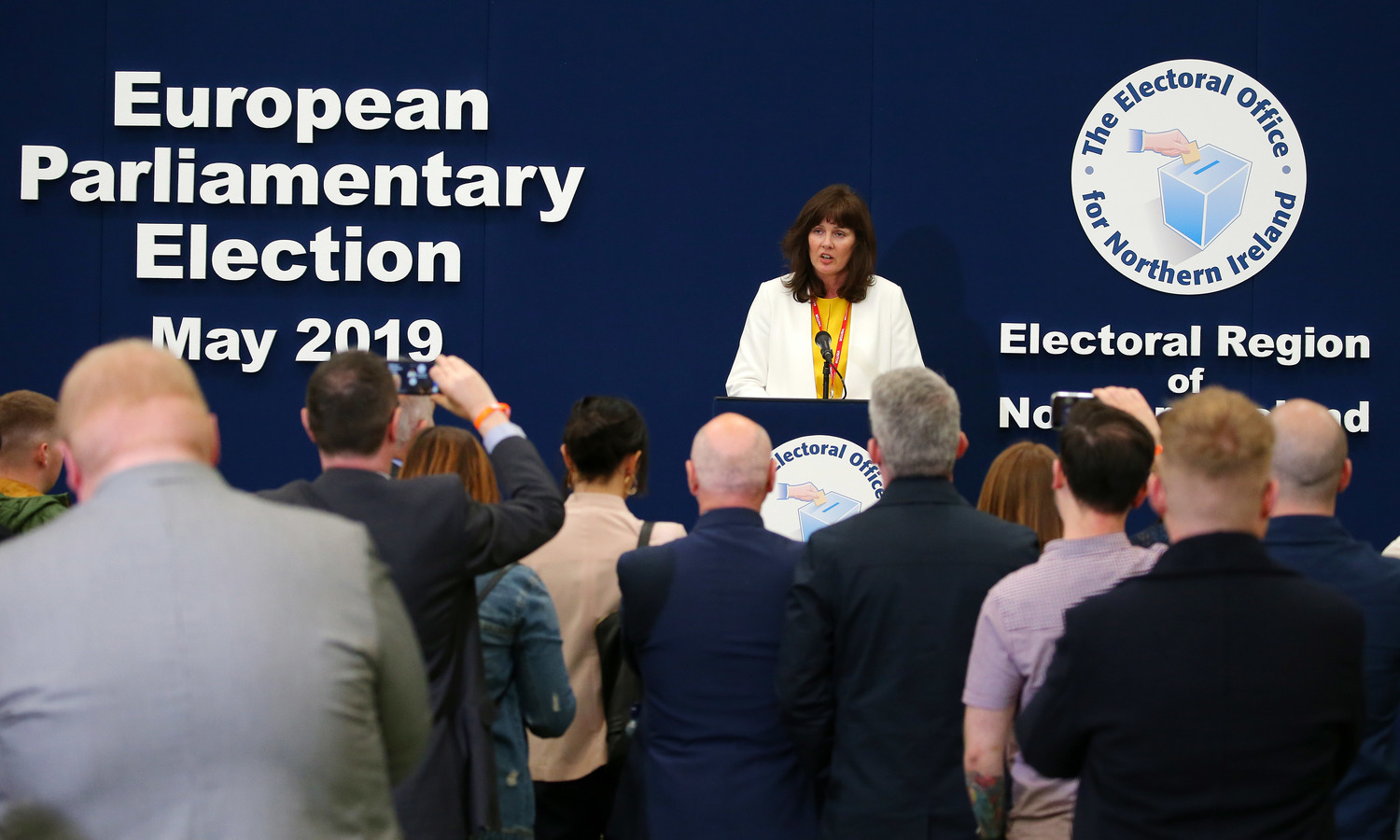 The electoral register is almost at 1.4 million, the highest it has ever been, with over 48,000 applications during this electoral period. However, data on ethnicity is not recorded.

A canvasser calling at the door was by far the most popular reason someone registered (conversely, the most common reason for not registering was 'did not know how to/who to contact').

“What we have done in the past is to try and work with local councils, in communities where we see lower levels of registration”, Virginia McVea, Northern Ireland’s chief electoral officer, said.

“And their democratic or community engagement teams might be able to tell us that there is a cohort of of foreign nationals, or people who may require further assistance in that area."

The Covid pandemic has shifted much outreach online over the past two years.

While Ms McVea could point to a number of successful efforts with ‘hard to reach groups’ – which also covers young people, or those with disabilities – she stresses these weren't major projects.

“Often you're talking handfuls of people at a time”, she said. Such outreach “needs to be a perpetual challenge to us".

The Migrant Centre NI said pre-Covid they would have had registration initiatives with the Electoral Office – their Derry offices are across the street from each other.

The Migrant Centre has also run capacity building projects for a “cohort of up and coming leaders from ethnic minority and migrant backgrounds”, says advocacy officer Kendall Bousquet.

“We really wanted to be intentional about providing development opportunities for people who were trying to get a foot in the door and seat at the table for their respective groups, organisations and communities.”

The lack of candidates from main parties in this election “it's just a testament of how long there is to go”.

While none of the people from their leadership programme are running in this current election, Ms Bousquet says keep an eye out.

“I certainly wouldn't be surprised if any of the people did turn around in the next election and say that they were keen to put themselves forward”, she said. “They're a pretty exceptional group of people with a lot of leadership, knowledge and experience.”

Receive The Detail story alerts by email
NI proxy voting system should be removed according to expert
‘A culture of fear and secrecy.’ How paramilitary-linked illegal lenders are exploiting the cost of living crisis