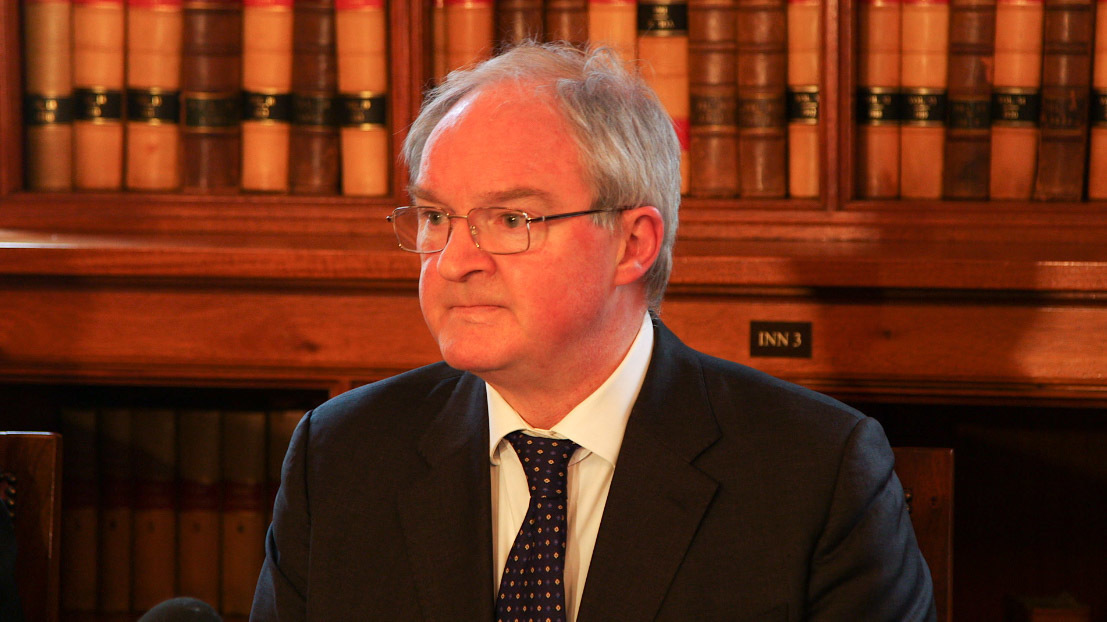 A PLAN to address some of the most controversial deaths of the Troubles could be facing a fresh crisis, The Detail can reveal.

A blueprint devised by the Lord Chief Justice to cope with the backlog of legacy inquests was already stalled by the recent failure of the Stormont Executive to agree to it being funded.

There are already 97 deaths linked to the conflict awaiting inquest hearings and new figures obtained by The Detail show that a further 87 legacy deaths are also being considered for inquest.

The 87 pending cases are being examined by Attorney General John Larkin - whose office is currently actively working on 24 of the new files.

Lord Chief Justice Sir Declan Morgan reacted to The Detail's findings by warning that his timetable to deal with the backlog of legacy inquests within five years will not be met if delays continue and if more deaths are directed to inquest.

A spokesperson for Sir Declan told The Detail: “The Lord Chief Justice’s five year plan, which he proposed in February 2016, is intended to deal with the legacy cases currently before the Coroners’ Courts.

“The Lord Chief Justice is aware, from having met with the Attorney General and others when he was considering the way forward, that further referrals were a possibility

“The plan would need to be reviewed if additional cases are directed by the Attorney General in the future.

"However, the Lord Chief Justice believes that it remains possible to deal with this element of the past and he has already said publicly that the incoming Executive needs to agree a way forward on legacy inquests, and indeed all of the outstanding issues in relation to dealing with the legacy of the past, as a matter of urgency. ”

Earlier this year the Lord Chief Justice said that a properly resourced Legacy Inquest Unit, with the co-operation of the relevant justice bodies, could have the current caseload of legacy cases heard within five years. Sir Declan Morgan proposed that the Secretary of State release £10 million to fund the unit.

During the election campaign in May, First Minister Arlene Foster confirmed the DUP had not signed off on the proposed funding because the party believed more time was needed to ensure the rights of all victims were being represented.

DEALING WITH THE PAST Attorney General John Larkin has the power to direct the opening of an inquest, including legacy cases, where he deems it advisable to do so.

There are currently 97 deaths in Northern Ireland that have been directed to inquest and are considered legacy cases. Mr Larkin directed 63 of these cases to inquest since taking up post in May 2010.

They include cases such as the Kingsmill massacre, in which the IRA killed 10 men in January 1976, and the 11 people shot dead by soldiers in Ballymurphy in 1971.

The new figures released to The Detail by the Attorney General’s office reveal for the first time the full extent of the caseload of legacy cases currently being considered by his office.

Since May 2010 the Attorney General has received requests to direct an inquest into a total of 246 deaths.

Out of the 14 non-legacy cases, eight were directed to inquest, two were not and four have not been progressed.

Of the 232 legacy cases, the Attorney General has asked the coroner to hold an inquest in 66 of the deaths to date and in 76 cases the Mr Larkin determined a fresh inquest was not advisable.

Three further legacy cases were withdrawn, and there are currently 87 open cases.

A spokesperson for the Attorney General said that in a significant number of these cases “solicitors had not progressed beyond the initial notice of intent to a formal application for an inquest; or this office is currently awaiting further information.”

In a statement the office confirmed that it was working on approximately 24 active inquest files.

Receive The Detail story alerts by email
“Hear no evil, see no evil, speak no evil”: Ombudsman says collusion a significant feature of Loughinisland murders
​​PSNI admits it should have told Loughinisland journalists about review which criticised handling of their arrests