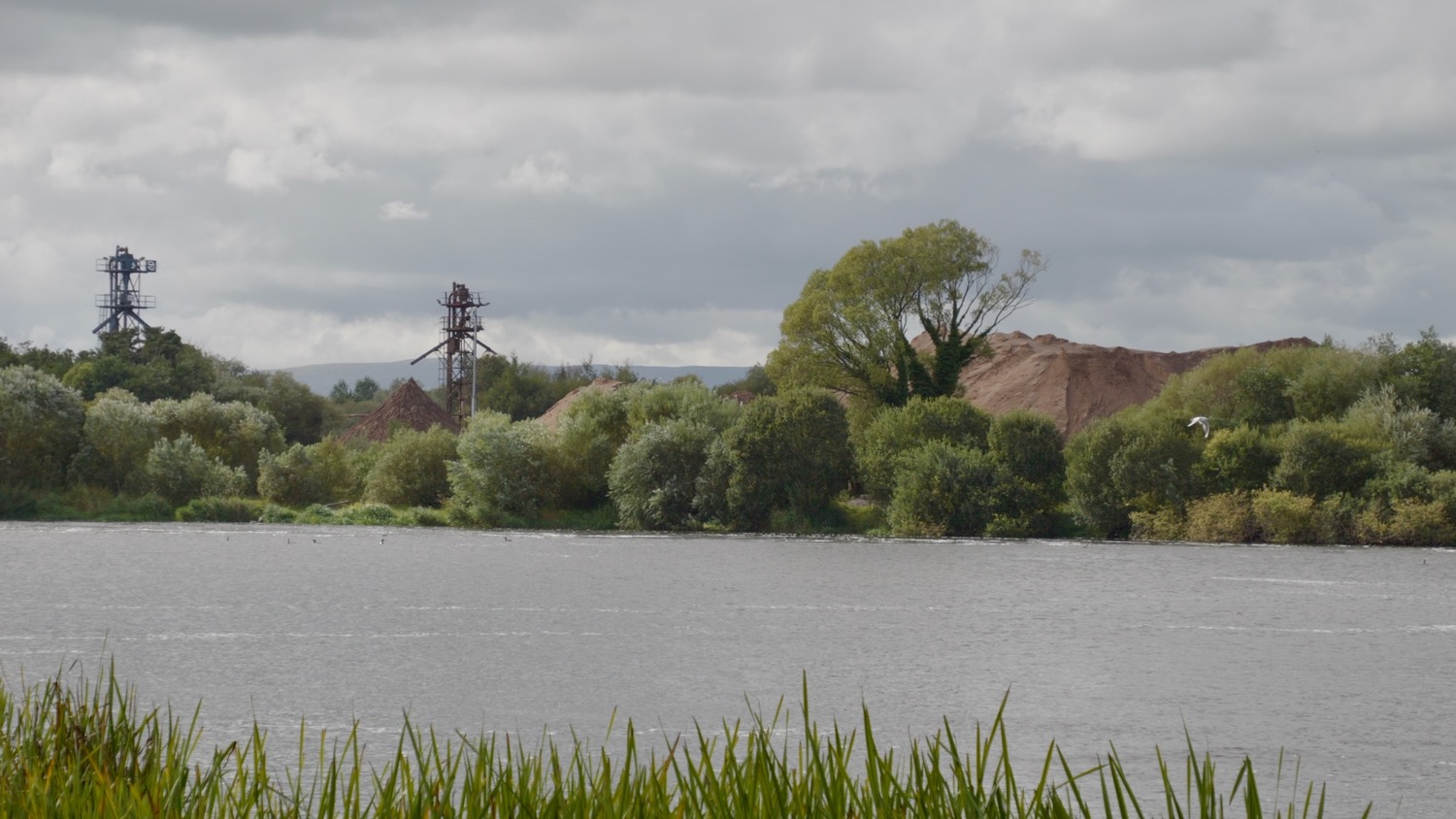 THE sand which built some of Ireland’s best-known landmarks is running out, experts have warned.

For decades, millions of tonnes of the “diminishing resource” have been dredged from Lough Neagh, which is recognised internationally as a key wetland site.

Croke Park and Gaelic games pitches across Ireland, Parliament Buildings in Belfast, a major golf course and a key road have all used the sand.

A leading environmentalist and the head of a major eel fishery have both warned that the valuable natural resource, which took thousands of years to create, is running out.

Pat Close, chairman of Lough Neagh Fishermen’s Co-Operative Society, has expressed concerns about the impact of sand extraction on the important ecosystem.

“It probably took thousands if not tens of thousands of years for the bulk of that sand to accumulate where it has been or remains,” he said.

"Once these areas have been passed over, or where sand has been extracted at such rates, those areas are effectively habitats that have been lost to the fish populations and to fishermen.

“Fishermen will readily tell you that some of these areas have been devoid of fish life for decades.

"It's a diminishing resource and there are enough changes at the lough due to other ecological issues.

“Cumulatively, all of these things will have a detrimental impact on the future of the fishing industry, to my mind."

James Orr, director of Friends of the Earth Northern Ireland, told The Detail that a lack of adequate monitoring by government departments means it is difficult to calculate how much sand is left.

However, he warned that the precious resource is diminishing.

Friends of the Earth previously raised its concerns at a 2018 planning inquiry into sand extraction at Lough Neagh.

"The argument that we raised at the Planning Appeals Commission and elsewhere was that we didn't really have a good handle on what volumes of sand were in the lough at the time, how much had been taken out and how much was left,” he said.

"But I do know it's finite and it's been extracted without any due process in relation to the capacity of the lough to absorb that amount or level of extraction.” 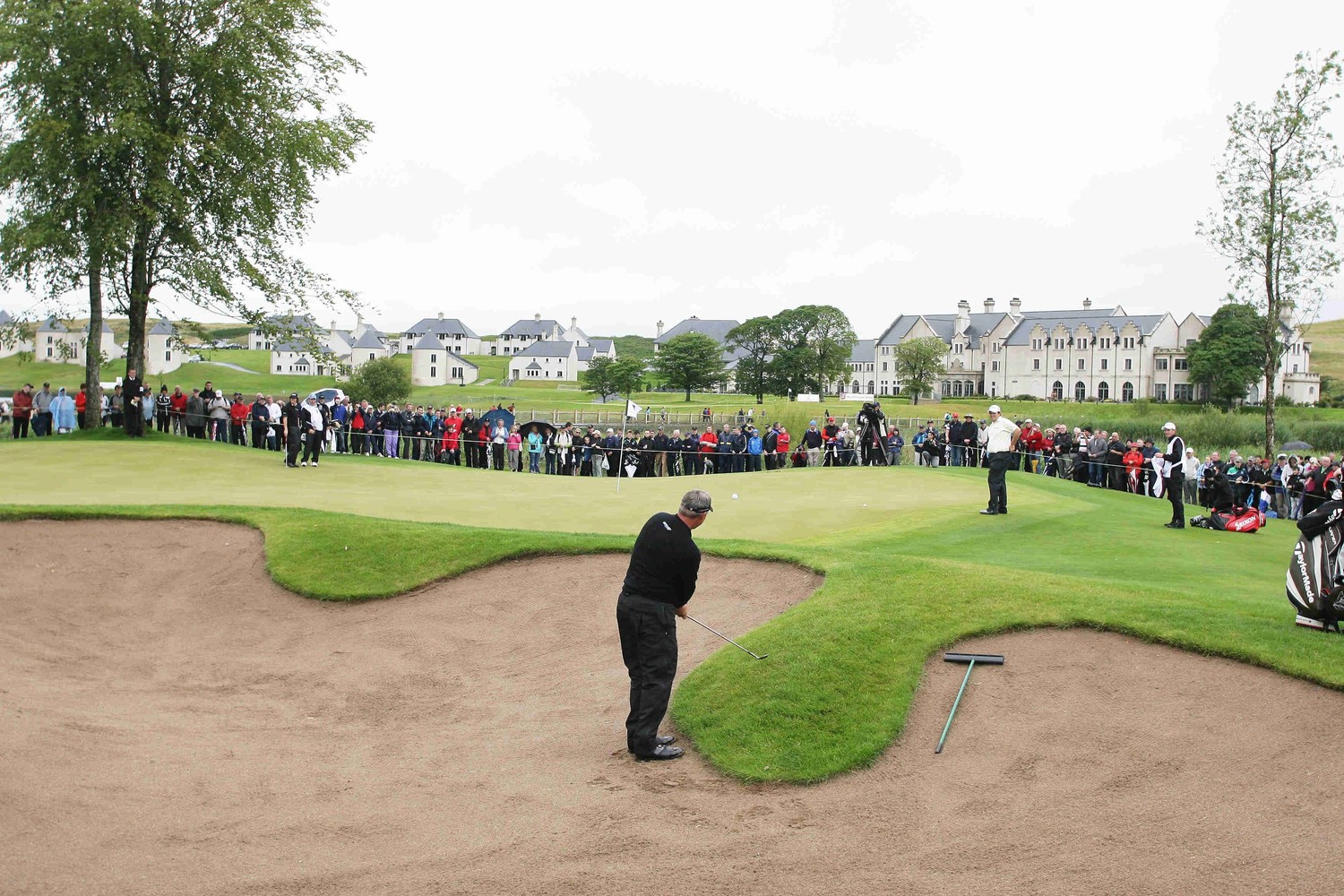 Industrial-scale sand dredging was only regulated when planning controls were first introduced by then Infrastructure Minister Nichola Mallon in early 2021.

The Detail can reveal that significant amounts of Lough Neagh sand have been used in dozens of major projects across Ireland and Britain, including:

Sand from the lough has also been sold by a major UK retailer.

However, the company told The Detail it had "not sold sand sourced from Lough Neagh in any of our stores since 2015".

Around 30% of Northern Ireland’s construction sand comes from Lough Neagh.

Friends of the Earth NI brought two court challenges against sand extraction in 2015 and 2017.

The group argued that the ongoing industrial extraction was a “flagrant breach” of environmental law.

In 2017, the Court of Appeal found sand extraction activity at Lough Neagh must be reviewed.

Prior to 2021, when extraction was unregulated, it is estimated that at least 1.1m-1.8m tonnes were being dredged from the lough every year.

Since January 2021, a handful of firms have been licensed to dredge 1.5 million tonnes of sand from the lough.

The Detail asked several government departments and other bodies for figures on the amount of sand extracted in Northern Ireland but was told no figures were available.

Northern Ireland is the only part of the UK where figures on the extraction of aggregates - including sand, stone, rock and gravel - are not published. 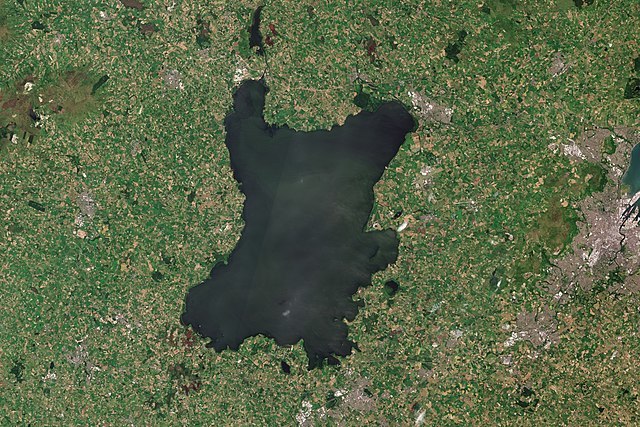 Lough Neagh is the largest freshwater lake in Ireland and Britain

Campaigners have criticised the role of the Department for Infrastructure (DfI) over Lough Neagh sand.

The department is one of the biggest buyers of sand - mainly for road projects - but is also the body responsible for regulating sand extraction at the lough.

Following a Freedom of Information request, the DfI said at least 28,500 tonnes of sand from the lough were used in an upgrade of the A8 dual carriageway between Belfast and Larne, which was carried out between 2007 and 2015.

When asked how much sand had been used in other road projects, including multi-million pound upgrades to sections of the A6 between Belfast and Derry, DfI said it did not hold that information.

A DfI spokesman said: “The Department does not directly purchase sand nor products made using sand.

“The contractor, subcontractors, or their suppliers do not hold this information either, as the sand used in the scheme is a constituent of other materials and products and bound in…it is not expected that the information will ever be held.”

Mr Orr claimed the department’s dual role is a “conflict of interest”.

“DfI is probably the biggest developer in Northern Ireland - it uses Lough Neagh sand on an industrial scale,” he said.

“And yet it’s meant to be the planning authority that protects Lough Neagh. You just can’t square these circles.”

DfI did not respond to Mr Orr’s comments.

Industry figures suggest hundreds of thousands of tonnes of Lough Neagh sand may have been exported over the last two decades.

Around 60,000 tonnes are recorded as having been exported from Northern Ireland in one single year, according to figures collected in 2015.

Much of the sand exported went to the Republic of Ireland, according to a report carried out by the Oxford Economics firm.

Of the sand extracted from Lough Neagh during these years, 50% went into the production of ready-mixed concrete, 20% was used for tarmac, more than 10% was sold in raw form and around the same proportion went towards pre-cast concrete production.

The Earl of Shaftesbury owns the bed of the lough and receives royalty payments for every tonne of sand extracted from the lake bed.

Mr Orr said the range and quantities of sand available at the lough means it is used in a huge variety of materials.

“It’s definitely used by the equestrian sector as a base for horses to be trained.

“It can turn up in football pitches, such as Croke Park, as well as hundreds and hundreds of other sports grounds - not just here, but possibly across the world.”