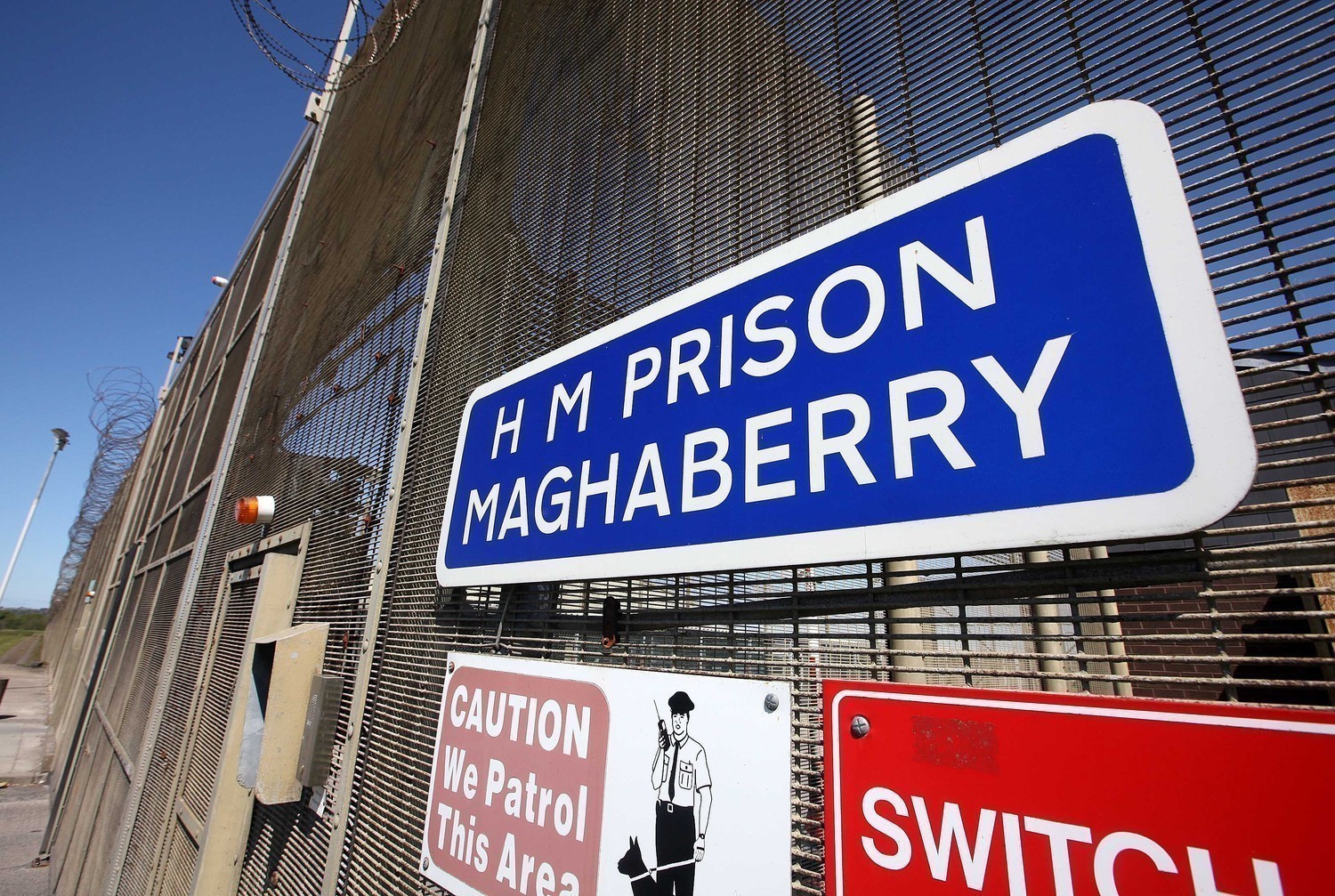 THE body which represents prison governors across the UK has questioned the independence of an inquiry into a fire started deliberately at Maghaberry Prison, The Detail can reveal.

Prisoners caused the blaze in April 2015 close to Erne House in the grounds of the prison near Lisburn, County Antrim.

The inquiry team concluded that the fire was “wholly preventable,” and that “exceptionally poor operational judgement from within the Silver Command Suite” had “directly contributed to the final events that unfolded”.

The Silver Command team that day comprised of governors and other senior staff within Maghaberry Prison. The role of the Silver Command Team is to deal with any serious incidents that occur in the prison on a given day.

A summary report into the blaze at Northern Ireland’s only high security prison was published on the Department of Justice’s website last week. It said there were still “significant risks to fire safety that need to be addressed urgently”.

However, in a statement requested by The Detail, the Prison Governors Association (PGA) questioned the independence of the report and its failure to examine the role of senior prison service management in the events that led to the fire.

“The synopsis of the so-called independent report is damning on how the incident being investigated was managed but silent on what the PGA considers to be equally important issues that contributed to it,” said the PGA.

A spokesman said the 11 page summary report, commissioned by the director general of the Northern Ireland Prison Service, Sue McAllister, did not fully explore the impact that “exceptionally high staff absence levels” had in the lead up to the fire.

The union continued: “The PGA gave evidence to the NI Justice Committee on 14 January of this year that HMP Maghaberry had been operating with a significantly reduced budget and was deprived of staff.

“This, according to the report, was pivotal and is a matter that the PGA would expect an investigation of this nature to provide more detail on. Specifically, the PGA would expect the investigation to identify who was responsible for the depleted staffing levels and why action was not taken sooner to address it, such as recruitment, posting staff on detached duty and staff being transferred in.

“It must be pointed out that local management, those the PGA represent, did not have the authority to do this but merely to raise it as a concern, which they did at the time.”

The PGA comments come just months after Maghaberry Prison was labelled one of the most dangerous prisons in the UK following an inspection last year by the Criminal Justice Inspectorate (CJI).

The independent inquiry into the fire in Erne House in Maghaberry Prison was commissioned following the publication of CJI’s damning inspection report. A follow up inspection is due to be published by CJI later this week. The director general of NIPS, Sue McAllister, is also scheduled to appear before Stormont’s Justice Committee on Thursday.

CJI’s report made the following recommendation: “The Department of Justice (DoJ) should commission an independent inquiry into the causes and management of the fire at Erne House and what lessons can be learnt for the future. The inquiry should identify any misconduct or neglect by responsible individuals and action should be taken accordingly.”

The independent inquiry was carried out by members of the National Offender Management Service (NOMS), NIPS’ counterparts in England and Wales.

However, in its statement, the PGA said: “The investigation was commissioned by the Director General of NIPS (DG), Sue McAllister. However, the recommendation from the CJI report was that the investigation should be independent and, since the Director General played a key role in the management of the incident at the time, the independence of the report would appear undermined from the outset. The report does not state how the investigators were selected and who selected them.”

The Detail’s request for a full copy of the inquiry report was refused. A NIPS spokesman said: “The report addresses issues which are highly sensitive and related to security of the establishment, and will not be published in full.”

The synopsis, which was published online, contains a timeline of the events leading up to the fire and can be viewed by clicking here.

The fire was started by a number of prisoners in a yard beside Erne House. The independent report outlined that a number of broken perspex windows were placed on the fire causing a large amount of black smoke.

The prisoners went on to break into a store adjoining the exercise yard and started a fire there. The store held chemicals, bed sheets, toilet rolls and large quantities of other cleaning materials.

Due to low water pressure in Erne House the Northern Ireland Fire and Rescue Service were called to the scene.

While the inquiry found that opportunities were missed to take action in the lead up to the fire that could have prevented “escalation of the incident and minimised risks”, it also recognised that much progress had been achieved in recent months.

The Detail previously reported on the circumstances that led to the publication of this latest independent inquiry. Click here to read this coverage.

The main conclusion of the independent report is that the fire in Erne House was preventable.

The two-man inquiry team found that many opportunities were presented during the day of the fire that should have been taken by management in the prison to bring the incident to a resolution.

The report stated: “Further opportunities were missed to take action which could have substantially prevented escalation of the incident and minimised risks. It was concluded that critical members of the Silver Command team displayed poor and reckless decision making.

“However, there are clear and significant risks to fire safety that need to be addressed urgently, in order to give the director general and the three governing governors assurances that health and fire safety is being managed appropriately, and that the corporate risk is mitigated accordingly.”

A NIPS spokesman said it accepted the findings and added that actions were being put in place to “ensure all critical lessons are learned”.

However, the PGA said: “The choice of language in the report is also a cause for concern since it refers to members of the Silver Commend team displaying ‘poor and reckless’ decision making. This is very strong criticism and in absence of better details the PGA has no alternative but to suspend judgment on whether such scathing and potentially libellous criticism is justified.

“In any investigation, particularly investigations into serious incidents, the expectation is that it will get as close as it can to identifying the root cause and what can be done to prevent recurrence. In the absence of complete transparency it is difficult to comment as to whether this investigation achieves that. On the face of it, the PGA believes more could have been done.”

The Northern Ireland Prison Service declined to comment on the PGA's statement.

Meanwhile, the Northern Ireland Prison Service this morning confirmed the death in custody of a 24-year-old remand prisoner.

He was taken from Maghaberry Prison to hospital on February 11 and died yesterday.

The PSNI, Coroner and Prisoner Ombudsman have launched investigations into the death.

Prison Service Director General Sue McAllister said: “I extend my sympathy and that of the Northern Ireland Prison Service to the family of the prisoner who has sadly died. This is a tragedy and my thoughts are with them at this difficult time."