New guidance for GPs on diagnosing and treating dementia 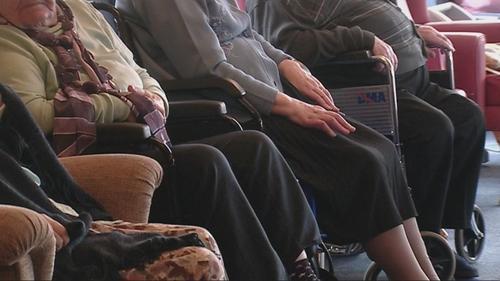 ONE objective of Stormont’s dementia strategy was designed to equip GPs with the knowledge and confidence to diagnose and treat a dementia patient.

This followed a 2005 survey by the former Department of Health, Social Services and Public Safety which found fewer than half of all GPs felt they had enough dementia training.

However, The Detail can reveal that this new guidance has still not been finalised over four years after an initial completion target date of March 2013 which was later revised to December of the same year.

A new scheme involving the transfer of some responsibilities from secondary to primary care is currently being trialled in the Northern Trust area with the hope of this being rolled out across Northern Ireland.

A statement on behalf of the Department of Health and the Health and Social Care Board said the guidance for GPs is awaiting approval from Stormont.

It said: “A new dementia care pathway and new service model have now been developed. The pathway and the new model seek to improve access to earlier intervention and improve integrated working between primary care and specialist dementia care teams.

“The new pathway and new services model have been presented to the Department of Health and, subject to ministerial approval and the required investment to support implementation, the new pathways will be implemented over a five-year period.”

Read their comments in full here.

There are further questions over the ability of GPs to take on additional responsibilities in light of hundreds of doctors signing undated resignation letters at the end of last year over a dispute on working conditions.

This resulted in Stormont’s Department of Health imposing a temporary suspension on GPs’ Quality Outcomes Framework (QOF) reporting requirements in an attempt to ease workload pressures, which was lifted at the end of the last financial year.

The QOF system was set up to financially remunerate GPs for meeting a range of targets designed to provide good care to patients and the latest diagnosis figures from the Alzheimer’s Society are based on the dementia data that is gathered under this system.

Dr Alan Stout, a GP at the Holywood Arches Centre in Belfast, believes doctors will support the new proposals for dementia care despite their current claims of a crisis in the health service.

He told The Detail: “We can’t say no or do the wrong thing simply because there is a crisis in general practice at the moment. Dementia care in general practice has been solely delivered by GPs and dementia is a very good example where multi-disciplinary teams are vital.”

Dr Stout, who is also deputy chairman of the British Medical Association’s (BMA) Northern Ireland General Practitioners Committee, added: “The [care pathway] proposals are very good. We have always had this arbitrary barrier between primary and secondary care so you get a patient with dementia and you have to refer them from one to another.

“Dementia is a community illness, it’s not a hospital condition so it makes perfect sense that dementia diagnosis and follow-up is based in primary care. We absolutely need to move away from this thought that everything needs to go to hospital either to be diagnosed or treated and having that move into general practice, working with hospital colleagues, can only be a good thing.”