A 10 year programme for a new Ireland "makes sense" 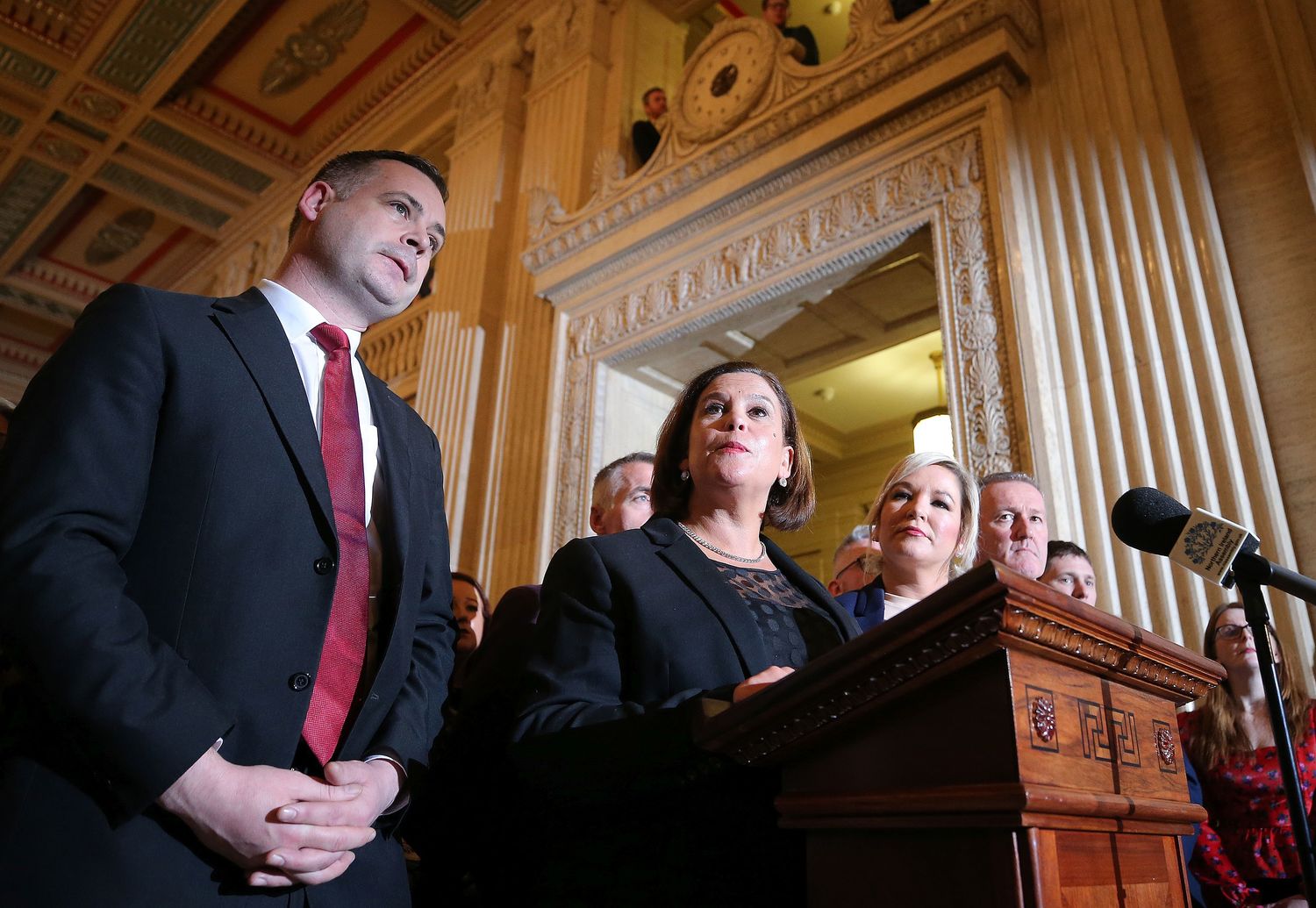 SINN FÉIN'S astounding success in the Irish general election has placed Irish unity very firmly on the political agenda – in the Republic, Northern Ireland and even in Westminster. The conversation will not go away.

But it is worth digging deep not only into the findings of LucidTalk poll, commissioned by The Detail, which looks at people’s attitudes in Northern Ireland and also into the concerns expressed by voters in the south.

Those were led by anger over health and housing, with other anxieties including pension age reform, climate change and jobs. Irish unity was not at the top of the list – even for the 24.5% of voters who gave Sinn Féin their first preference.

The success of Sinn Féin can probably be interpreted as a sign that there is less resistance than in the past to Irish unity, rather than necessarily being an indication of a demand for immediate moves towards Irish unity.

In a sense this is neither a surprise, nor a change. Both Fianna Fáil and Fine Gael support Irish unity, but – as if St Augustus’ view on chastity was ringing in their ears – just not yet.

If lots of us agree on the end goal, what is the route? Even Sinn Féin may not really be demanding a border poll next week or next month.

I had coffee with one of the party’s senior officials recently and complained it was unclear when Sinn Féin wants the border poll to take place. The explanation, he said, was that the party demanded the immediate setting of a date for the poll, not that the poll date has to be immediate.

There is probably unanimity that any border poll must avoid the mistakes of the Brexit referendum. Everyone needs to have clarity over the proposal, in advance of the referendum taking place. Just what would we be voting on?

Work is currently taking place, led by the Constitution Unit, and involving Queen’s University, Ulster University, Trinity College Dublin and Dublin City University, to consider what the referendum questions would be and who would be entitled to vote.

Project leader Dr Alan Renwick has said it is likely that the process could involve four referendums – the first an indicative vote in the north, then, if that is positive, an indicative vote in the south. If that is also positive, then the UK and Irish governments would negotiate a deal, including financial responsibilities, and that deal would again go to separate referendums, first in the north and then in the south.

This would not need to lead to an immediate transfer of sovereignty. As Seamus McGuinness of the Republic’s Economic and Social Research Institute has pointed out, Hong Kong’s sovereignty transfer took 13 years. A similar timetable might be needed regarding Northern Ireland.

My book, A New Ireland, has suggested a 10 year programme would be sensible to address not only the structural matters involved in changing state, but also to resolve the underlying weaknesses and failings of Northern Ireland.

In my eyes Northern Ireland is a dysfunctional society, kept segregated, with a duplicated and wasteful structure of public service delivery, a failing health service, weak economy, low productivity, absence of regional policy and in places under the continued grip of paramilitaries.

None of these challenges can be resolved instantly, nor by simply flicking a switch of constitutional change.

Not that the Republic of Ireland is perfect. It has its own challenges, which helps explain Sinn Féin’s success. At the top of the list is the health system – itself a blockage to Irish unity.

It is clear that a large number of voters in Northern Ireland will not support Irish unity unless there is a National Health Service style health system in the south, that is free at point of delivery. But they demand a system that works better than that of Northern Ireland at present, with its long waiting times and waiting lists.

In that sense, the demands from the public in the Republic and Northern Ireland are aligned. And the Oireachtas has already agreed the framework for a revolutionised public health service in the Republic that would meet many of these demands.

It is called Sláintecare and is a 10 year programme of public health service reform. Unfortunately it is running late and is not being sufficiently financed at present.

The Social Democrats, the Labour Party and Sinn Féin all majored on the implementation of Sláintecare in their general election manifestos – but even with political commitment it would be impossible to complete quickly.

There are other things that will need a decade or so to achieve. At the top of the list is economic reform. Despite the 2008 crash, and even amidst Brexit, the Irish economy is fundamentally sound, with strong growth, good employee incomes and high productivity levels. This has been built on investment in infrastructure and skills.

By comparison, Northern Ireland has many problems with both infrastructure and skills. We need to invest in our road and rail systems, water and sewage, broadband, telecoms and electricity networks.

On skills, we have a university sector that is about 40% too small, with the result that we don’t have the graduates or innovation flow that our economy needs.

And we have a real crisis in terms of the number of pupils leaving school without basic skills in English, maths and IT. This is essentially a class issue and is related to academic selection.

It is recognised that Protestant working class boys are failed by this system, but the failure also applies to Catholic working class boys. We need to build aspiration, creating a vocational training system that engages pupils in their teenage years and spreads over into their working lives.

This set of deep-seated institutional problems will take years to resolve. That is why a 10 year programme makes sense. As these failings are corrected, we will reduce the ‘subvention’ – the subsidy Northern Ireland receives from the British Government.

That subvention is a reflection of the weakness of our economy, the shortfall in tax revenues and the need for fundamental reform.

If you go back far enough into history there was no subvention to Northern Ireland – in the days when we had world leading shipbuilding and shirt-making industries.

With the right investment, Northern Ireland can again be an economic success. To do that requires the measures adopted by the Republic – substantial investment in skills and infrastructure, while making our public services more efficient.

But no one should pretend this is either simple or quick. A 10 year programme is a reasonable basis on which to make the real progress that will improve the quality of life for everyone, north and south.