Do patients in the Republic of Ireland face a postcode lottery for dementia tests?

By Maresa Fagan, 28 June 2017
View Memory clinics in Republic of Ireland in a full screen map

NEW figures have revealed significant gaps in dementia services in the Republic of Ireland where patients face a postcode lottery and lengthy waits to access specialist memory assessment clinics.

Information obtained by The Detail shows that half of all counties in the republic do not have memory clinics and, where memory clinics do exist, patients may be waiting over a year for an appointment in some cases.

Memory clinics provide a range of specialist tests and scans to assess and diagnose patients for dementia or other conditions involving cognitive impairment.

It is estimated that 55,000 people in the republic are living with dementia but that less than half are diagnosed with the progressive brain disease.

Over the next 25 years the number of people living with dementia in the republic is projected to rise to over 130,000.

The patchy availability of memory clinics, however, has prompted calls for a network of specialist memory centres to be developed to meet patient demand for assessment and diagnosis now and into the future.

A leading authority on dementia Professor Brian Lawlor, who is Professor of Old Age Psychiatry at Trinity College Dublin, told The Detail: “As is the case for cancer care, we need a certain number of specialist memory clinics throughout the country, where you have a standard approach, where there’s ready access to neuropsychological testing and neuroimaging, and where you can receive expert multidisciplinary and multi-professional assessment.”

Memory clinics are well established as part of dementia services in other jurisdictions, such as Northern Ireland, where The Detail also found that patients were waiting for up to nine months for a memory assessment - click here to read this story.

The development of memory clinics in the republic, however, has been ad hoc to date.

Information obtained under the Freedom of Information Act found the following:

The starkest gap in services is evident in the western and north western regions, which extend across counties Donegal, Sligo, Leitrim, Cavan, Monaghan, Galway, Roscommon and Mayo.

These regions have the highest dementia prevalence rates in the republic with an estimated 10,000 people living with dementia.

There is one memory clinic available in Co Roscommon.

In addition, there are no memory clinics in counties Clare, Louth, Longford, Kerry, Waterford, and Wicklow.

Where no memory services are available, the Health Service Executive (HSE) said patients can access geriatric, neurology, and psychiatry of later life services.

Living in the rural town of Tubbercurry in Co Sligo, Helen Rochford Brennan is only too aware of the service gaps and challenges facing many people.

Helen was diagnosed with early onset Alzheimer’s disease five years ago at the age of 61 and is an advocate for dementia patients in Ireland - she is Chair of the European Working Group of People with Dementia and former chair of the Irish Dementia Working Group.

“There were no memory clinics available in my area when I was being assessed and diagnosed and that situation hasn’t changed. It’s very difficult for people who have no option but to travel long distances to access services and that’s no longer acceptable,” Helen told The Detail.

“We want dementia to be treated the same as diabetes, heart disease, or cancer with accessible services and support in every part of the country. Memory clinics have the potential to do that and to transform how our health service responds to and cares for people with memory problems and dementia,” she added.

Information obtained by The Detail also reveals wide variation in the type and frequency of memory clinic available.

Just one memory clinic operates on a full-time five-day basis and accepts referrals from every part of the republic. Most of the remaining memory clinics are part-time; some running just six days in a year while others run two days per week.

The following table summarises waiting numbers and waiting times for a memory clinic appointment across each health service region.

Responding to the figures, the Alzheimer Society of Ireland said patients should have equal access to services.

“It is not acceptable that there is such clear inequity of the availability of the service and of the provision of the service. We know this isn't exceptional and it certainly needs to change,” Tina Leonard, Head of Advocacy and Public Affairs at the Society, said.

The government and HSE, the Society said, should plan services to ensure citizens are treated equally in every region.

“Dementia is a progressive illness and one thing people with dementia do not have is time. The longer it takes to get a diagnosis or to access early interventions the poorer health outcome a person will have,” Ms Leonard said.

“In many cases memory clinics have been established by clinicians who genuinely want to help and do something for people with memory disorders but they have to do it from within existing resources. So they have an interest in providing a service but they receive no additional funding to run or resource such a service,” he said.

Professor Lawlor heads up the only full-time memory clinic in the Republic of Ireland. The clinic at St James’s Hospital in Dublin sees in excess of 500 patients for assessment every year.

Developing a network of specialist clinics, Professor Lawlor said, would address some of the current gaps in dementia services and also standardise assessment and diagnostic approaches.

“The primary care approach and public health and prevention is very important but assessment is also important and I believe that there aren’t enough avenues for assessment,” he said.

“There needs to be access to psychiatry, neurology, and geriatrics and also to nursing, social work, speech and language, physiotherapy, all of which cannot be provided in multiple locations on a small scale across the country no matter how innovative and progressive people are. You need access to specialist assessment that can then refer you back to primary and secondary care,” Professor Lawlor added.

The National Dementia Strategy, launched by the Department of Health in 2014, prioritised timely diagnosis and intervention as a key objective but did not place any particular emphasis on memory clinics in reaching that goal.

The HSE said a number of initiatives to improve timely diagnosis, the majority relating to primary care, had been rolled out since 2014 - see here for full HSE response.

The Alzheimer Society, however, said barriers and delays in accessing memory assessment and diagnostic services remained an issue.

“Timely access is a problem. Of the 55,000 people with dementia in Ireland probably more than half are not diagnosed and many who are diagnosed are diagnosed later in the illness when early intervention supports are often no longer beneficial,” Ms Leonard said.

“Without a timely diagnosis or without a diagnosis at all it means a lack of access to supports and services that can enable people to live well for longer,” she added. 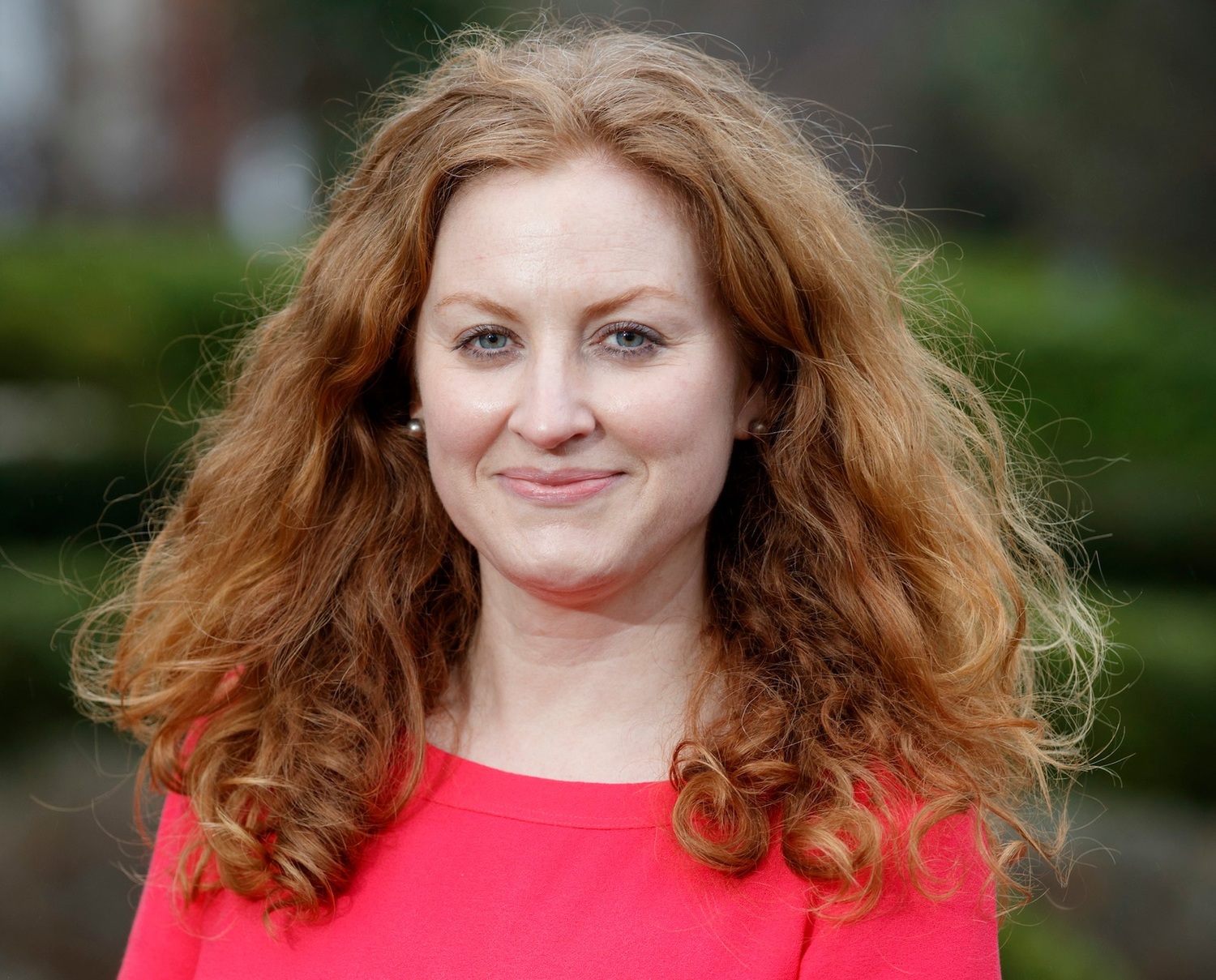 Tina Leonard, Head of Advocacy and Public Affairs at the Alzheimer Society of Ireland

From a patient perspective, Helen Rochford Brennan said memory clinics must be developed and made available in every region.

“If the Department of Health and HSE are serious about dementia there should be timely diagnosis,” she said.

“It is far more beneficial for the individual if dementia is detected as early as possible and it would also be far more cost effective for the State and ultimately the taxpayer,” Helen added.

“Memory clinics need to be standardised in what they do, the services they offer, and they should be driven by medical professionals and cater for all ages,” she explained.

The HSE confirmed that the National Dementia Office will carry out a review of diagnostic services later this year.

“This process will identify any gaps in the availability of diagnostic services and will support the development of standard diagnostic referral pathways nationally,” a spokesperson for the HSE said.

Meanwhile the number of people over 65 is set to mushroom in the republic in the years ahead. By 2041 the ageing population will exceed 1.2 million and it is estimated that more than 132,000 people will be living with dementia.

“With the ageing demographic the wait lists are only going to increase unless we do something. So leaving aside increasing demand the numbers that require assessment are going to increase anyway so we need to be ready for that,” Professor Lawlor said.

As services stand, many people under the age of 65 with memory problems may find themselves with no service or in some situations being supported, cared for, or treated by older peoples services. More than 4,000 people are estimated to fall into this category in the republic.

Our analysis of memory services found that at least three of the 19 memory clinics available do not accept referrals for patients under 65.

The HSE said younger patients are generally seen by neurology services “where available”.

Professor Lawlor, however, said services need to be developed for this particular age group: “People under 65 with dementia, they’re nobody’s child. The neurologist may see them for an assessment. The geriatrician or old age psychiatrist may or may not see them because they are under 65. So people with young onset dementia often fall between two stools as there are no young onset programmes for them and this is where you need a joined-up approach.

“There is a pressing need for regionally based young onset dementia services. There’s a huge gap there,” he added.

Patient advocate, Helen, who was diagnosed with early onset Alzheimer’s, also has strong feelings about the lack of appropriate services and supports available.

“We need memory clinics that will cater for anyone with memory problems regardless of age,” she said. “Age should not matter.”

The Alzheimer Society's Tina Leonard said: “Age discrimination and age barriers should have no part to play in the provision of health and social services.”