Policing in Northern Ireland: how the past threatens the future 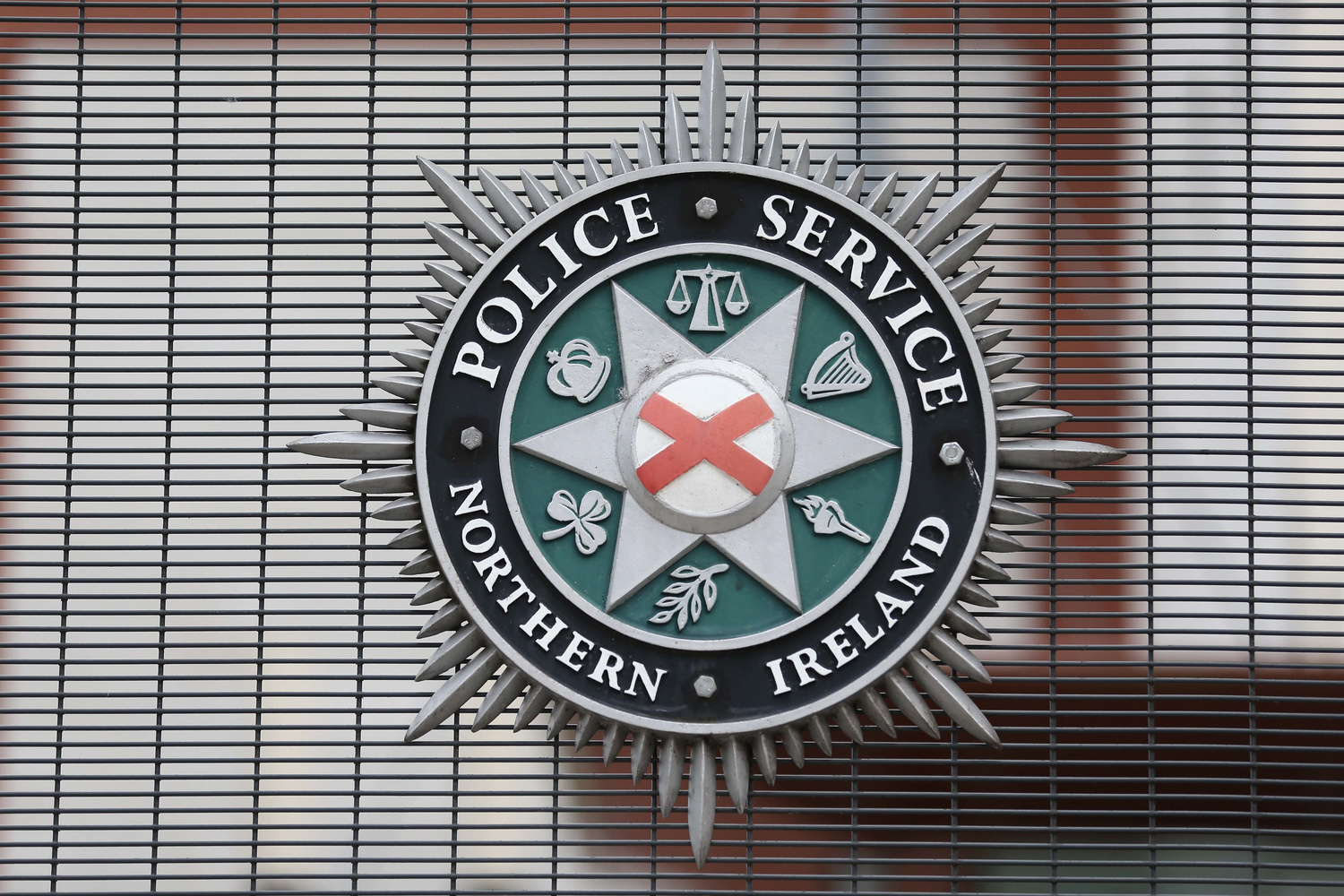 The UK government is holding a consultation on plans to deal with the legacy of the Troubles. But Paul Nolan examines how the lengthy delay in tackling the issue has undermined the new beginning to policing in Northern Ireland.

ONE perspective on the special nature of policing in Northern Ireland can be found in the most recent Europol Terrorism Situation and Trend Report. Terrorism is the flashing red light for police forces across Europe, and this annual monitoring exercise provides the basic data to allow for the coordination of police efforts across national boundaries. The 2017 report showed that in the previous year there had been a total of 142 failed, foiled and completed attacks reported by eight member states. Of the 142 the majority (76) were in Northern Ireland and were the work of dissident republicans. Most of these fell into either the 'failed' or 'foiled' categories rather than 'completed'; moreover one measure of the Police Service of Northern Ireland (PSNI) success in frustrating their efforts is that in January of this year one of the most dangerous of the dissident groupings, Óglaigh na hÉireann, decided to call off its campaign.

This isn’t the only area of success for the PSNI, though some of the biggest achievements may be hard to spot. A quick pointer on how to detect them can be taken from Sherlock Holmes. In the story Silver Blaze Holmes, investigating a burglary, draws the attention of a Scotland Yard detective to the curious incident of the dog in the night. But the dog didn’t do anything, replies the hapless detective. That, says Holmes, was the curious incident. There have been many such curious incidents in Northern Ireland in the past year, many dogs that didn’t bark and many others that lost their bite. For the fourth year in a row the marching season passed off peacefully. Not one plastic bullet was fired, there was no large-scale disorder, and water cannon was never used. This form of normality may be taken for granted elsewhere, but in Northern Ireland this all makes for quite a remarkable achievement.

The good news doesn’t stop there. It may not be widely known but Northern Ireland has the lowest crime rates in these islands. The most recent figures issued by the Northern Ireland Crime Survey (NICS) estimate that 9% of households were victims of at least one crime in the preceding 12 months; the corresponding figure for England and Wales was 15%. It is difficult to make direct comparisons with the Republic of Ireland as crime totals are not aggregated by the Central Statistics Office in the same way, but on serious crimes like homicide the Northern Ireland rate is much lower. For example, in 2017 there were 14 murders in Northern Ireland compared with 42 in the Republic. What’s more, the Northern Ireland crime rate has been steadily falling. If a comparison is made with 1998, the year of the Good Friday Agreement, today’s crime rate is just three-fifths of what it was 20 years ago.

This may go some of the way to explain why approval rates for the PSNI are at a record high. The NI Statistics and Research Agency conducts a rolling annual survey and the latest results, published in December 2017, show that 90% of respondents said they had either a total, a lot, or some degree of confidence in the PSNI’s ability to provide an ordinary day-to-day service, and that 93% felt either very, or fairly, safe in their local community. These figures take a little unpacking of course, because when the questions zone in on particular aspects of policing the approval rates dip. That happens in all surveys on policing: people tend to make a distinction between their local policing experiences and concerns, and the way they think about the police as an institution. The good news for the PSNI in these figures is that even when people’s direct experience of policing has been poor it does not dent their support for the PSNI as a body. In fact, when Pablo de Grieff, the UN Special Rapporteur on Truth, Justice and Reparation, issued a report on Northern Ireland last year he drew attention to the “extraordinarily high levels of public trust” in the PSNI, and adjudged policing reform to be the part of the Northern Ireland peace process as the area where “the greatest achievements have been made.” 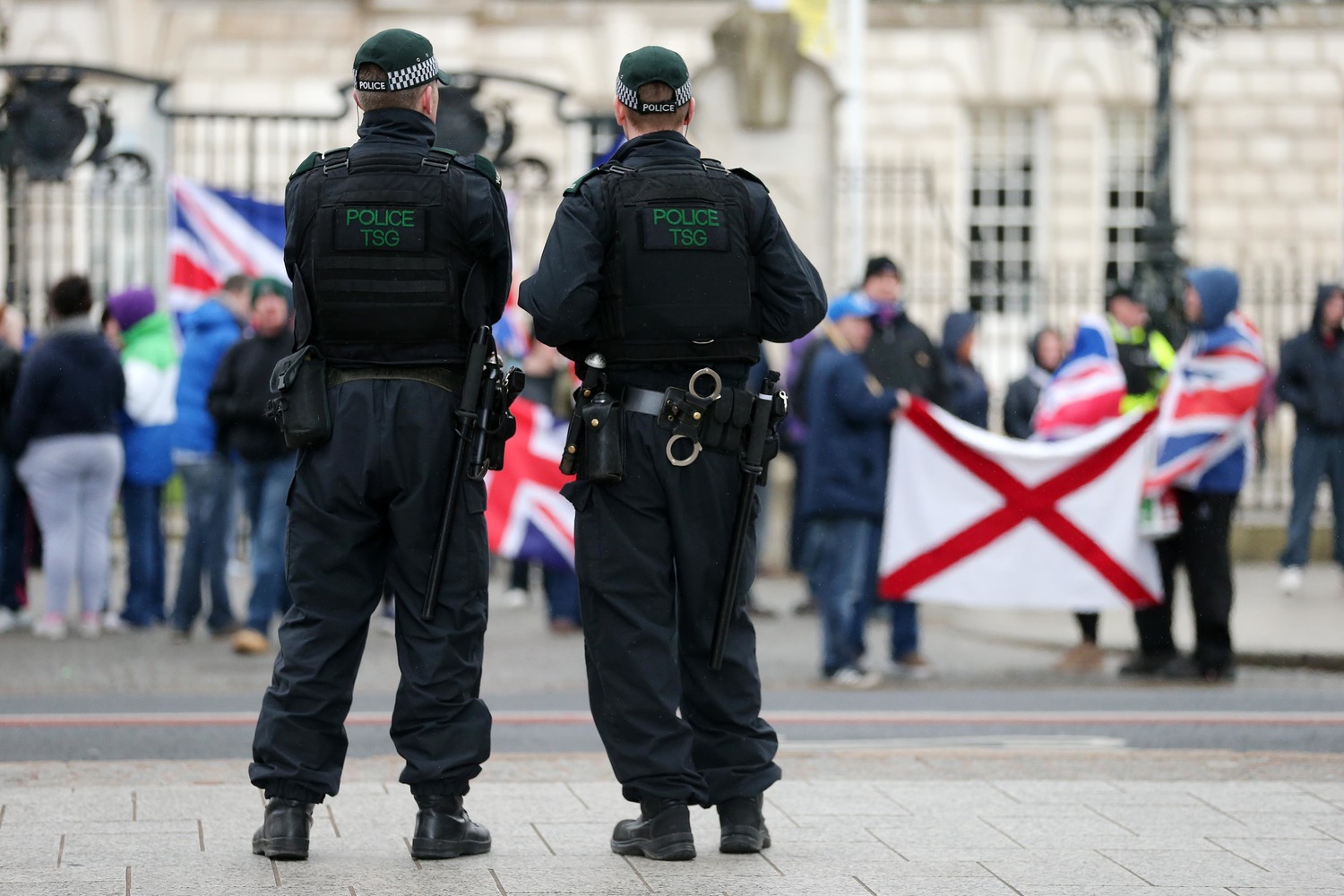 Policing also happens to be the area where some of the greatest problems are concentrated. Problems that politicians can’t solve leach out of the debating chambers and are then played out on the streets. When the parties were unable to agree on the flying of the union flag at Belfast City Hall in December 2012 the result was four months of public disorder that resulted in 160 police receiving medical attention. The 'thin blue line' was stretched to breaking point, with 2,980 'occurrences' recorded in one night at the height of the protest. On occasion, as at the time of the G8 summit, additional officers have been brought in from English police forces, and the bills have been paid out of PSNI budgets. That would not be an option if there was a large-scale challenge to public order today. There simply isn’t the money to cover the costs; over the past three years the PSNI’s budgets have been slashed by £180 million. As a result, the number of officers has reduced by 8% since 2012. The Patten Report which in 1999 produced the blueprint for policing in Northern Ireland had recommended a standing total of 7,500 officers for peacetime policing. The peace that was envisaged never arrived: nineteen years later some 27% of the budget still has to be given over to security-related issues, and the total number of officers is down to 6,689. 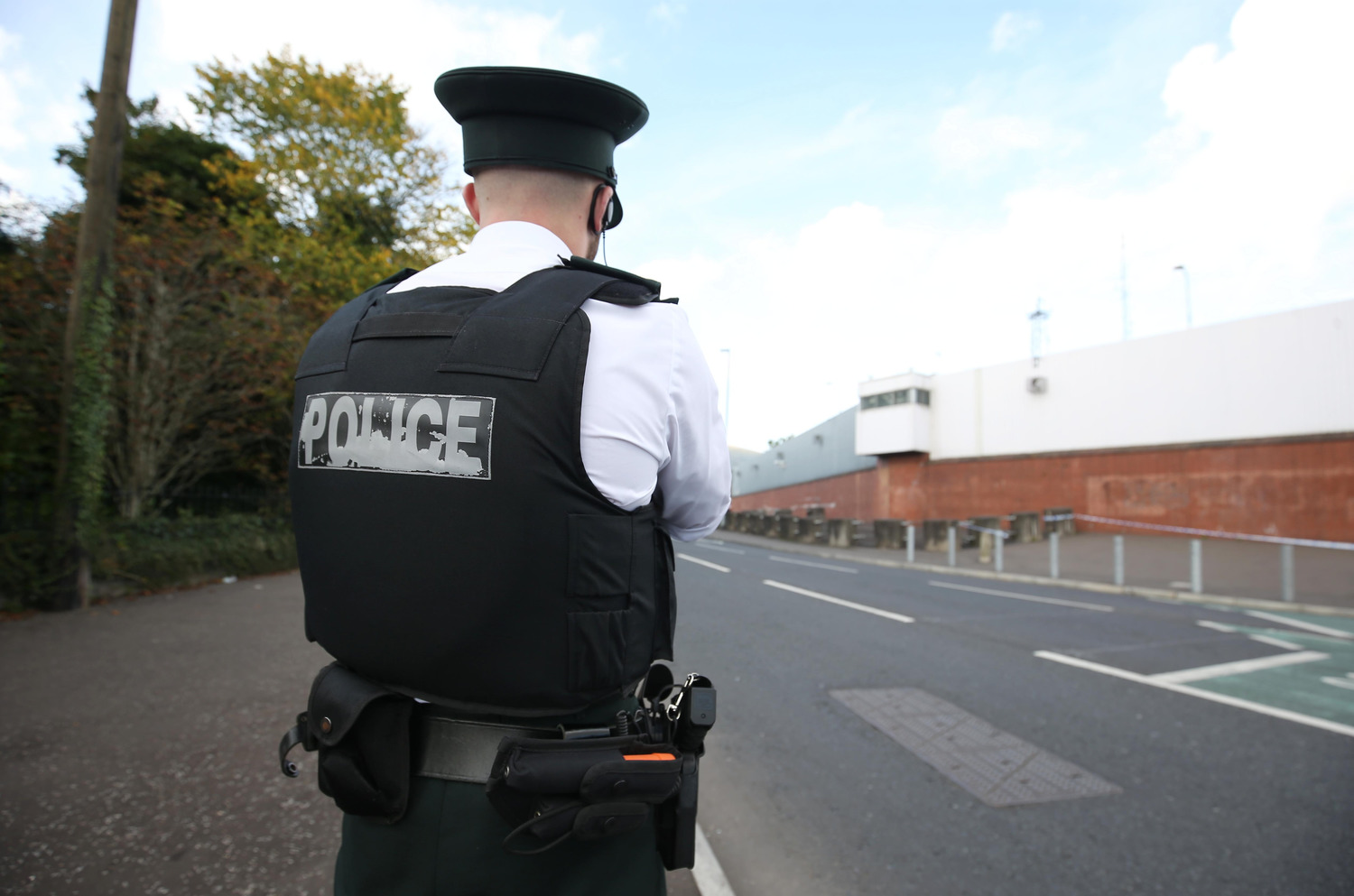 The PSNI currently has 6,711 officers despite the Patten Report recommending a level of 7,500 officers during peacetime.

One consequence of the budget squeeze has been a cutback in local neighbourhood policing. Researching this article I found a consensus that took in sources as diverse as the Police Federation and Sinn Féin around this key concern: neighbourhood policing needs a larger share of resource. The argument is a compelling one. If money was front-loaded into having a friendly police presence in each local community, it would reduce crime and the investment would return larger dividends than money spent on the detection and prosecution of crimes further down the road. The senior command of the PSNI is aware that this view has political traction, but feels it doesn’t take into account changes in the nature of crime. Put simply, crime has been moving indoors. There has been a steady decline in the traditional forms of acquisitive crime such as robbery, car theft and burglary, and a steady increase in intimate crimes, such as those relating to domestic violence, rape and sexual abuse. In addition there are new internet-driven crimes that were unknown even ten years ago - blackmail as a result of sexting, fraud and cyber-crime - things that officers on the beat can’t be expected to police effectively.

But the PSNI has another problem in its relationship with communities, or rather with the extent to which it is representative of the whole community. This is the problem that has dogged policing in Northern Ireland since the foundation of the state. The committee which sat in 1922 to advise on the setting up of the RUC recommended that Catholics should make up 30% of the police force in order for it to be representative of the whole community. That never happened, and in fact by the time the Patten Commission delivered its report in 1999 on the future of policing Catholics made up only 8% of the force. The quota system introduced by Patten guaranteed that year-on-year 50% of new recruits would be Catholic, but in March 2011 the then Secretary of State, Owen Paterson, decided that with overall numbers standing at 30% the upward trajectory was secure and the quota system (strongly resented by unionists) could be dropped. The trajectory did not continue in the way Paterson expected. Instead the Catholic percentage has more or less flatlined at just over 30 % - today’s total is 31.5% when, if it was really representative of the working age demographic, it would be 50%.

There is one more problem that may in fact dwarf all the others. James Joyce wrote that history is the nightmare from which we are trying to awaken; substitute the word 'legacy' for 'history' and that describes the PSNI’s deepening crisis. The Patten report of 1999 was actually titled A New Beginning, and the hope was that a line could be drawn under the past and a new start made. It explained that its central purpose was 'restorative not retributive'. That still left some questions as to what was to be done about murders and other crimes committed before the Good Friday Agreement. The decommissioning process of 2005 allowed for the physical destruction of paramilitary armories, and with them the forensic evidence needed for successful prosecutions. What then was supposed to happen? The first Chief Constable to face the post-accord dilemma was Sir Hugh Orde who frequently demanded from politicians the answer to the question: were the police supposed to clear up the 3,200 historic murders still on the books, or to put their resources into present-day policing? There was never a clear answer on how to deal with this dilemma, and over time the horns of the dilemma have grown longer and more pointed. An amnesty has never been a realistic political option, nor has amnesia. The past keeps bursting through into the present. First there were the official inquiries like the Saville Inquiry into Bloody Sunday, then the campaigns taken by individual families, followed by the group campaigns like those taken by the relatives of the Ballymurphy shootings or the Loughinisland killings. The Chief Constable currently has 300 claim letters on his desk, and these are no longer coming just from the nationalist side: re-opening the past is now a concern for unionist communities, anxious for new police investigations into events like the Enniskillen bomb.

The largest inquiry is the one called Operation Kenova, which was announced in May 2016. This five year investigation will take into account approximately 50 murders by the alleged IRA informer known as Stakeknife. Even that, however, pales beside the possibility of a wholesale review into the activities of the notorious UVF unit, the Glennane Gang, linked to security force members and responsible for as many as 100 killings. The PSNI has been given an order by the High Court to re-open investigations into these killings as a themed inquiry, one that would almost certainly cost double the £35 million dedicated to Operation Kenova.

Had the raft of measures in the Stormont House Agreement been rolled out then there would be an Historical Investigations Unit in place with its own dedicated budget and, alongside it, a large-scale societal process of truth recovery. Those proposals, gratefully accepted by the PSNI, were made four years ago. Now the Secretary of State has launched a new, four month consultation on how to deal with legacy issues. Already, the parties have re-opened the old divisions that the Stormont House Agreement had resolved, principally around the respective weight given to state actors and non-state actors. Moreover, the former Director of Public Prosecutions, Barra McGrory, has declared the proposed arrangements “unworkable in practice”. Without a new consensus emerging the problem is going to leave policing marooned in the icy waters that have proved so difficult to navigate. What is foreseeable - because it has already begun to happen - is that the ship will collide with the iceberg. A police force that was designed for the future may yet founder on the past.