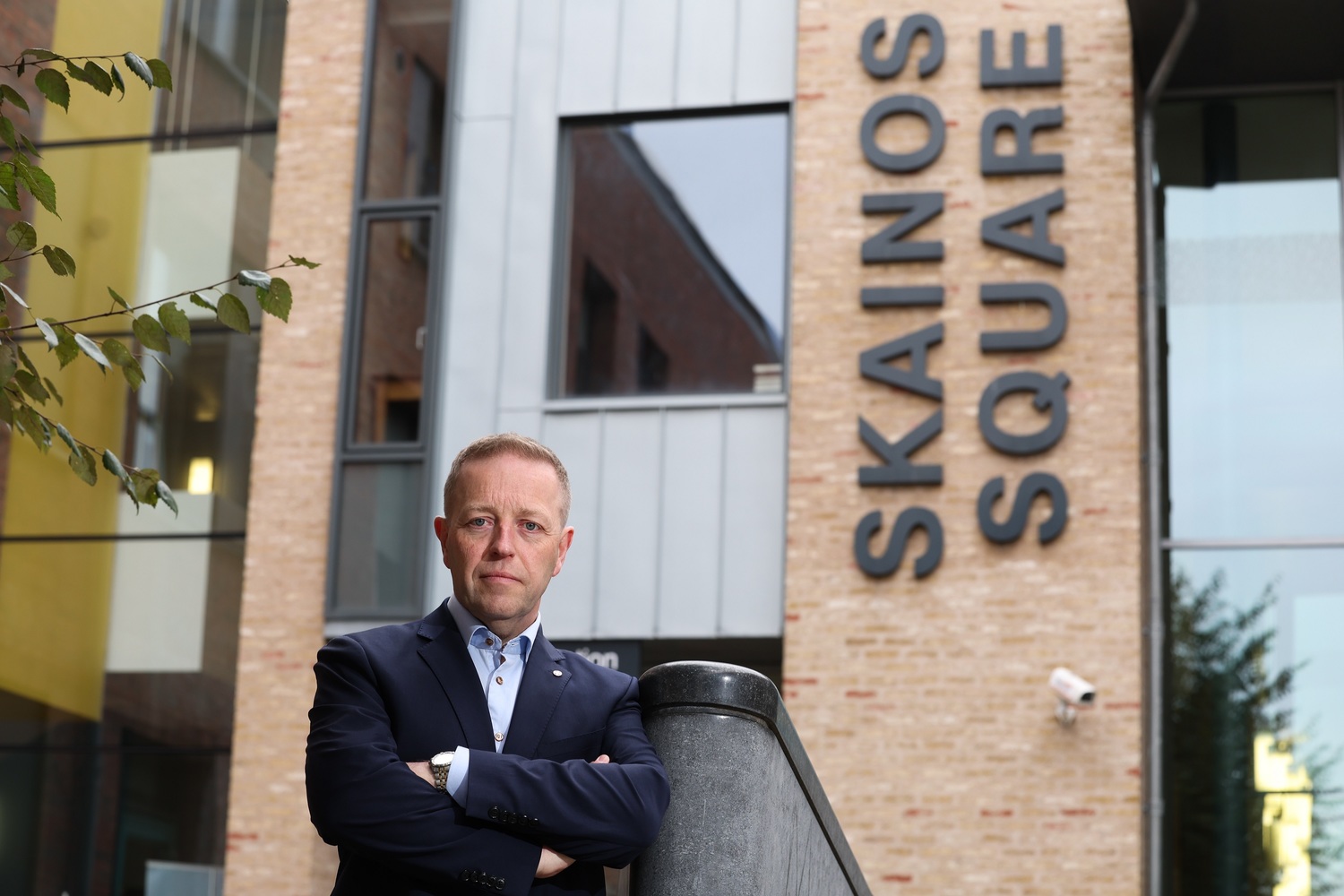 GROUPS helping some of Northern Ireland’s most vulnerable people will not know if their bids for new British Government funding have been approved until just days before their European Union funding runs out.

Campaigners have warned that the groups are facing a “financial cliff edge” amid a lack of clarity over post-Brexit funding.

Projects helping around 17,000 people a year - including disabled people and those trying to get back into work - could be forced to shut or reduce their services.

Around 1,700 workers could also be made redundant.

Groups have until January 27 to apply for their share of a £42 million pot aimed at tackling economic inactivity.

The money is part of the British Government’s Shared Prosperity Fund, which was set up to replace EU funds lost due to Brexit.

But groups will not know if they will receive any money until late March - just days before the EU funding runs out.

Under the European Social Fund (ESF), the EU funded dozens of projects aimed at promoting social inclusion and combating poverty across Northern Ireland for decades.

But he said the money available next year for economic inactivity schemes falls far short of EU funding.

The ESF fund was worth around £42m a year but the part of the Shared Prosperity Fund which addresses economic inactivity is only worth £42m over two years.

Due to restricted budgets and the lack of a Northern Ireland government, no department has yet committed to match funding. 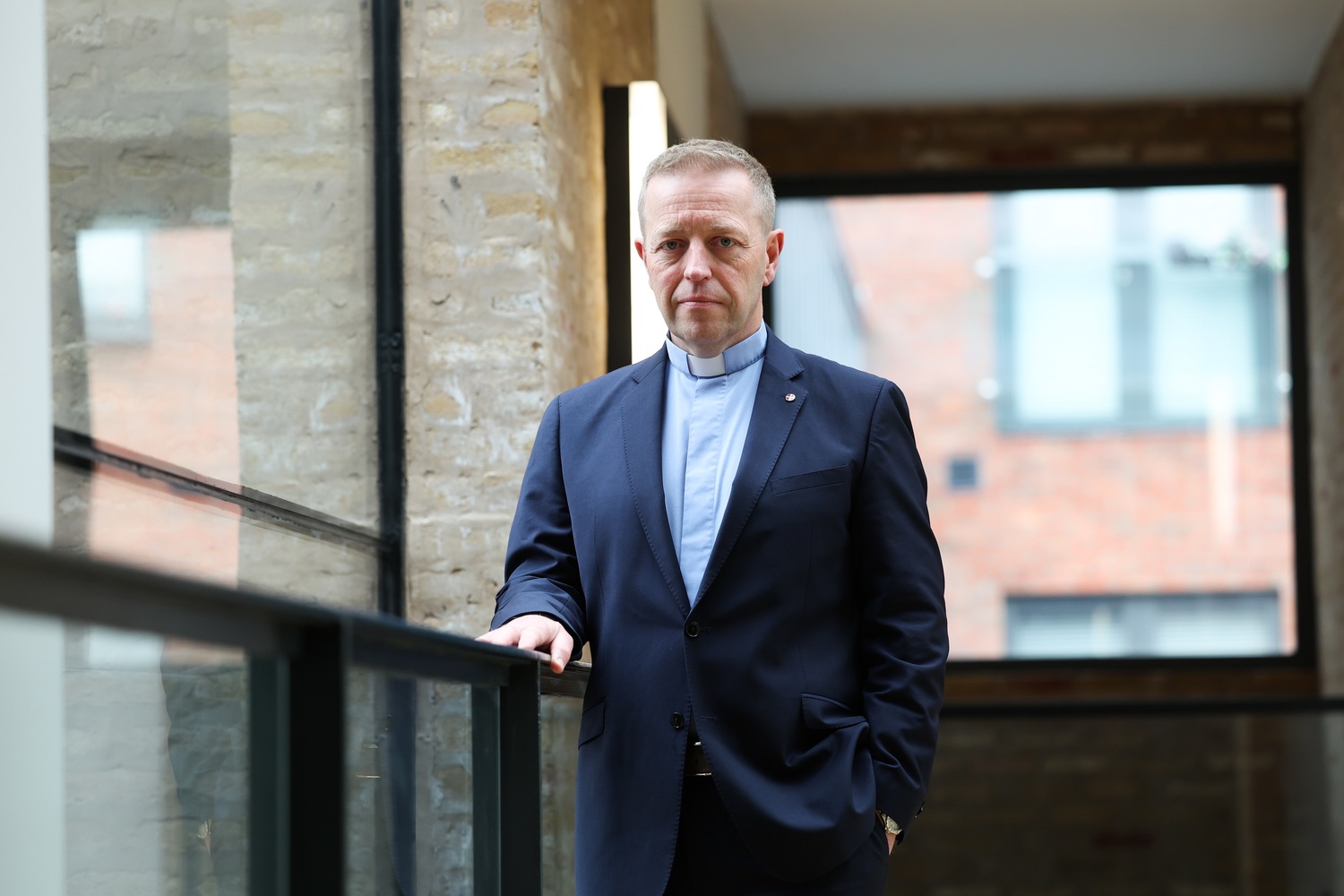 “To get a young person on one of our programmes to get them a job costs the public purse £1,400,” he said.

“If that young person ends up falling into the justice system, and whatever the outcome of that takes more than a year to resolve, it costs the public purse £40,000.”

Rev Irvine said groups understand that government budgets are tight but “these are small sums of money you are talking about to prevent a much bigger cost to the public purse”.

“If the services fail, it’s going to fall back on the health service, on the justice department, to pick the pieces up,” he said.

According to the most recent figures from the Northern Ireland Statistics and Research Agency, around 28% of the north’s working age population is not working or seeking employment or available to work - compared to 21% in Britain.

Although campaigners have raised concerns about a potential post-Brexit funding shortfall for years, the Department for Levelling Up only published its Northern Ireland investment plan, including details of the money available, last month.

Roisin Mallon from the Equality Commission for Northern Ireland said the slow roll-out of the Shared Prosperity Fund has put groups delivering key services on a “financial cliff edge”.

“There is a lack of clarity over who will get funding now,” she told The Detail.

The commission has frequently highlighted a string of issues about the loss of EU funding.

She called on Northern Ireland departments to work with the Department for Levelling Up to help offset the loss of any funding “and to ensure there is no gap between the end of this EU funding and the start of Shared Prosperity Funding”.

However, spokesmen for both departments said the Shared Prosperity Fund (SPF) fell under the sole remit of the Department for Levelling Up, Housing and Communities (DLUHC)”.

A spokesman for the DfC added: “DfC officials have been engaging regularly with DLUHC to help them maximise the positive impact of SPF in Northern Ireland and to offer whatever support and advice they can on DLUHC’s arrangements for its SPF delivery.”

A spokesman for the Department for Levelling Up, Housing and Communities insisted that the overall Shared Prosperity fund will “at a minimum, match previous EU funding in Northern Ireland”.

“As EU projects come to an end, funding from UKSPF (UK Shared Prosperity Fund) will ramp up, reaching £74m for Northern Ireland in the next financial year," he said. 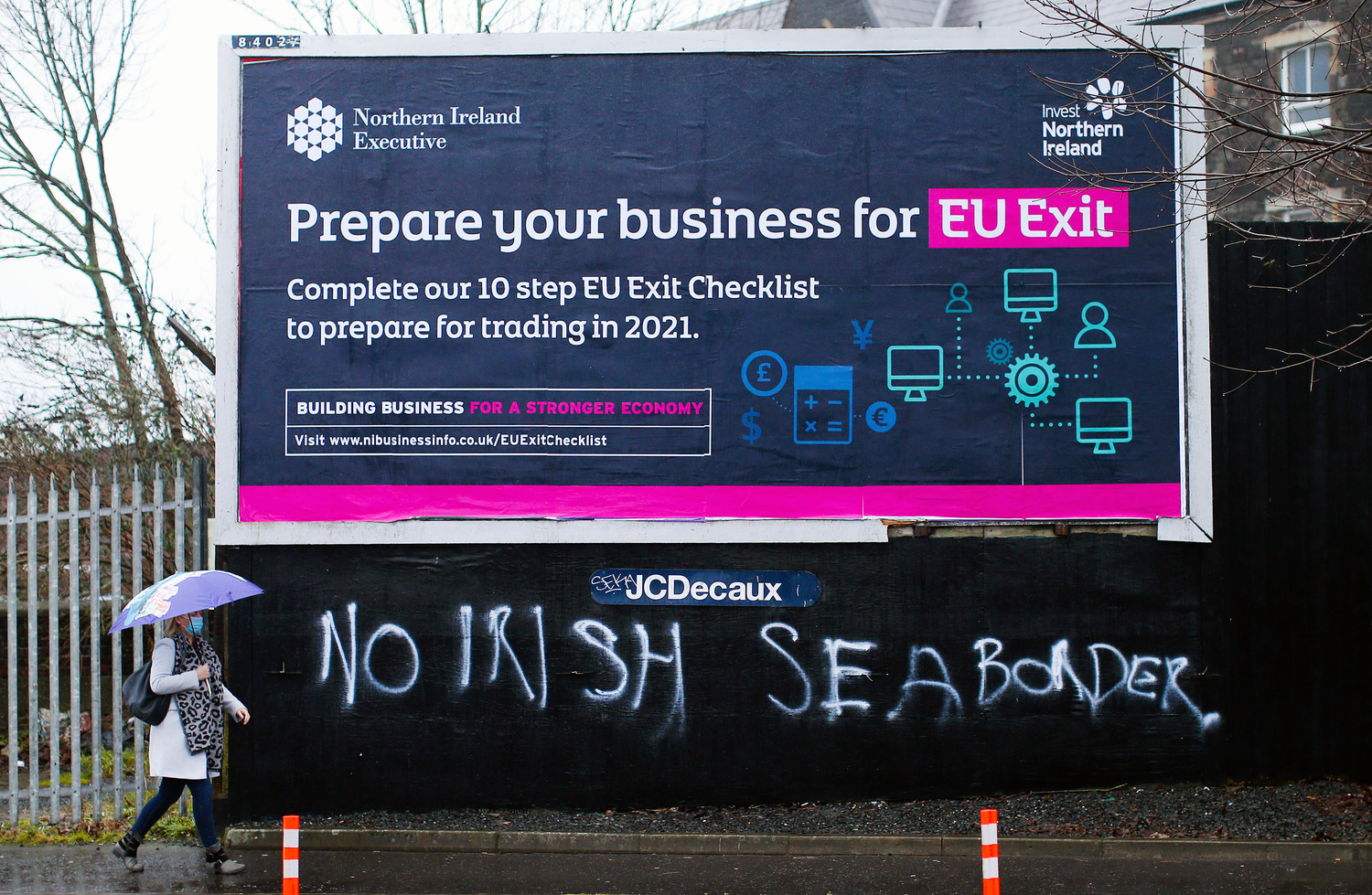 The commission said it had serious concerns that the Department for Levelling Up does not come under a key part of Northern Ireland equality legislation - even though it will distribute millions of pounds in funding.

Section 75 of the Northern Ireland Act, which implemented the Good Friday Agreement, places a legal duty on departments to put equality of opportunity and good relations at the heart of policy and services.

But the Department for Levelling Up has not been designated under Section 75.

Ms Mallon said: “The roll out of this fund is a major function here. So you have a department in Britain being responsible for the delivery of millions of pounds of investment in Northern Ireland… and yet they’re not designated."

The Detail asked the Northern Ireland Office (NIO) if Secretary of State Chris Heaton-Harris will ask for the Department for Levelling Up to be designated under Section 75.

However, the NIO did not respond.

Ms Mallon said there is also a lack of clarity over how the funding will be delivered.

The commission had asked that the funding be distributed by Northern Ireland departments due to their local knowledge and experience.

The commission had also asked that groups be funded for three years, but Shared Prosperity funding will only last for two years.

“It’s very short-term. EU funding was much longer. We don’t know how long the next cycle will be but this cycle is only two years,” she said. 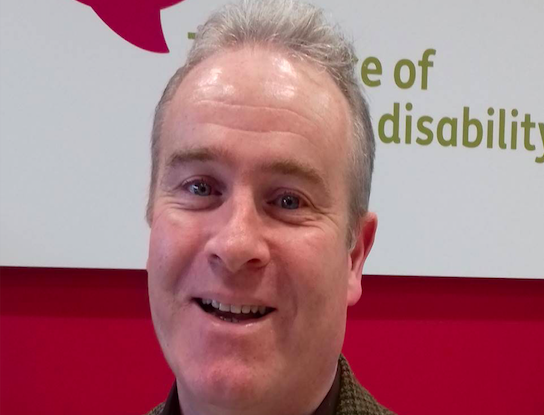 Mencap runs a project which helps people with a learning disability to get into employment, including in retail and horticulture.

The project is match-funded by several bodies including the Department for Communities.

In Northern Ireland, only 35% of working age people with a disability are employed, compared to 42% in Scotland, 47% in Wales and 50% in England, according to a 2018 report by the Joseph Rowntree Foundation.

Mr Burns said people with a learning disability are the “furthest removed from the labour market”.

He said even if people who take part in the employment programme do not get a paid job they can gain enough confidence to volunteer.

“Maybe that sounds like a small thing but for someone with a learning disability it’s quite a major thing,” he said.

He said ESF money was key to keeping services running and if Mencap does not get money from the Shared Prosperity Fund then it will not be able to run its employability scheme.

“The centre of it all is the ESF project because without that we wouldn’t have the through funding for other projects,” he said.

“We have the highest economic inactivity rate in the UK,” he said.

He added: “More needs to be invested, not less.” 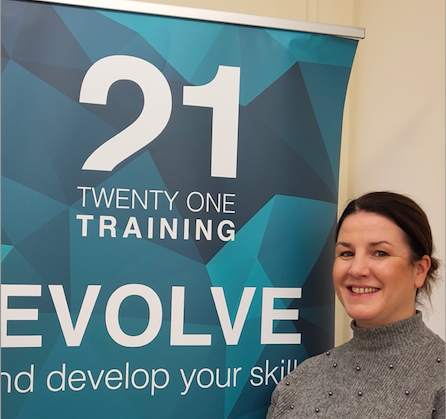 Maeve Donaghy, an area coordinator with 21 Training, based in Strabane, Co Tyrone, has seen first-hand the impact of employment schemes.

The organisation, which has received ESF funding for around eight years, works with individuals and families to help them resolve barriers to employment including health, housing and family issues.

It also helps clients get help from other organisations, including advice on benefits.

“We work with a lot of hard-to-reach people,” she said.

“We look at someone’s life and health and wellbeing and getting them the support they need.

"These are people who haven’t necessarily worked in years, or their confidence is on the ground, or they’ve had addiction issues.

“Some people have had low self-esteem or motivation issues or a bad relationship with school.”

The organisation reaches out to people directly and through community organisations, helping around 360 families a year.

They also work with many rural communities across counties Fermanagh, Derry, Antrim and Tyrone.

She said the organisation works hard to reach out to people who have “fallen through the cracks” and have never accessed any support.

“The fact that we’re informal and do that one-to-one support and work at their pace - this is a voluntary programme, it doesn’t affect their benefits,” she said.

She added: “There are people who haven’t worked in years who are working now.”

The body works with local organisations, voluntary groups and communities to identify people who need support.

Ms Donaghy said 21 Training's clients have included a woman who fled to Northern Ireland from the Republic of Ireland due to domestic violence.

When she lost her job during the first Coronavirus lockdown, she could not access benefits.

"She had 89p in her bank and two teenage children," Ms Donaghy said.

"We managed to access services like St Vincent de Paul and food banks. We managed to get her a job in a factory.

“She actually told me that of all the organisations ‘you were the one that actually helped me’.”

Ms Donaghy said it was a huge challenge for the organisation to look for jobs for clients while their own funding is uncertain.

“We feel good about what we do. No one who leaves our service doesn’t come back in at some stage and tell us how well they’re doing.”

'I felt quite lost'

Last year, Karen Hunt contacted 21 Training after she picked up one of their leaflets in a supermarket in Enniskillen, Co Fermanagh.

The 62-year-old was made redundant from her job as a practice manager in a dental surgery in 2016 and had spent the intervening years caring for her husband, who has disabilities.

Ms Hunt said she wanted a job but “felt quite lost”.

“I was 61 when I started the programme. I felt too old. But when I read the leaflet they cover (21 Training) I think, up to age 74. Even just reading the leaflet made me feel better,” she said.

After speaking to 21 Training staff, she took part in an “absolutely fantastic” health and wellbeing course and a resilience course.

“They helped in building my confidence in regards to getting back into work,” she said.

She added: “They understood that it’s all well and good in having qualifications but you also need the tools to build your confidence and address things. They gave you options and the tools to think outside the box.”

She said the course allowed her to “sell myself” after so many decades in the same job.

“I’d look at job adverts and think ‘I couldn’t do that’,” she said.

“I was talking myself out of a job almost.”

Ms Hunt is completing further training. She was offered a job a few months ago but could not accept it at the time due to family circumstances.

“It would be a shame if (this training) was no longer available,” she said.

“They certainly helped me but I also witnessed other people’s journeys as well.”

Receive The Detail story alerts by email
'When she speaks with her daddy in Polish he is so proud': The school helping migrants' children retain links with home
​​PSNI admits it should have told Loughinisland journalists about review which criticised handling of their arrests