Republic of Ireland’s record of granting asylum below EU average

NEW figures reveal that the Republic of Ireland granted asylum in just over one in ten cases since 2008, placing it well below the average rate of granting asylum across the EU.

The Detail has carried out an in-depth analysis of data, collated by the European Commission, to reveal that the republic had the second lowest rate of granting asylum (13%) across the EU and compared poorly to the EU average of 44% between 2008 and 2016.

The Eurostat database draws on data provided by each EU member state. Data for 2017 is not yet available.

An individual can apply for asylum if they fear oppression or persecution for their race, religion, political beliefs, or sexual orientation in their home country.

In the republic asylum seekers are given shelter and food and a weekly allowance of €21.60 while they await a decision on their application.

This analysis found that of almost 16,000 asylum applications decided by authorities in the republic between 2008 and 2016, 87% were rejected and 13% were accepted.

Other data shows that one in five asylum seekers in the republic made their application in an airport or prison facility.

The Department of Justice refused to provide 2017 data under Freedom of Information legislation stating that Eurostat data would be available later this year.

Responding to the figures revealing a low asylum grant rate, the Department said the profile of asylum seekers coming to Ireland differed from that across the EU.

A spokesperson for the Department added: “Recognition rates for asylum applications vary significantly between countries. For countries which are recognised conflict zones, such as Syria or Eritrea, rates tend to be much higher than for countries not experiencing such conflict, such as Albania or Georgia. Traditionally, Ireland has had much higher numbers of people from the latter category, leading to lower overall recognition rates.”

The spokesperson added that 2017 figures were "likely to be in excess of the EU average" with a recognition rate of around 50% when applicants accepted under its humanitarian refugee programme are taken into account.

The republic’s poor rate of granting asylum has sparked concerns, in particular given the ongoing refugee and migrant crisis across Europe.

The Irish Human Rights and Equality Commission said that while acceptance rates were improving greater resources are required to deal with a backlog of asylum applications and to improve decision-making.

A spokesperson for the Commission said: “The Eurostat figures indicate that over almost ten years, Ireland saw a very high rate of first instance refusals of asylum applications, though this trend has changed in more recent years.

“The new single application procedure under the 2015 Act needs to be adequately resourced with highly trained personnel to address the legacy backlog and to ensure fair and high-quality decision-making, having regard to the high rate of refusals at the first instance historically seen in Ireland."

Numbers seeking asylum on the rise

The humanitarian and refugee crisis that saw more than 2.5 million people seek asylum across Europe since 2015 led to an increase in asylum applications to the republic.

The crisis was precipitated by increased violence and conflict in the Middle East, South East Asia, and Africa. In 2015 alone it saw over one million people, mainly from Syria, Afghanistan, and Iraq, cross the Mediterranean to reach Italy and Greece.

While the republic’s geographic position places it on the fringes of the main migratory flows into Europe, data from the European Commission shows a doubling of asylum applications between 2014 (1,450) and 2015 (3,275).

A further breakdown of Eurostat data shows more than 5,500 people sought asylum in the republic between 2015 and 2016 – two thirds of which came from citizens from Pakistan, Albania, Nigeria, Bangladesh, Syria, Zimbabwe, and Afghanistan.

The following interactive map shows that between 2008 and 2016 the highest number of asylum applications came from citizens from Pakistan, Nigeria, China, Zimbabwe, Albania, and the Democratic Republic of Congo.

Other data shows that one in five asylum applications were made from airports or prisons and four in five were made at the International Protection Office in Dublin.

Figures collated by the Reception and Integration Agency (RIA) are not available for 2008 but data from 2009 onwards reveals that over 3,400 applications were made from airports and prisons.

In response to the 2015 refugee crisis the Irish government announced plans to prioritise asylum applications from Syria, Iraq, Iran, Afghanistan, Libya, Somalia, and Eritrea and from vulnerable applicants.

These measures were taken in addition to a commitment to accommodate 4,000 displaced refugees from Greece, Italy, and the Lebanon, under EU resettlement and relocation initiatives. The government has not met that commitment to date.

The Detail assessed the republic’s record on granting asylum by analysing data on application decisions made at first instance - that is decisions made by the government’s international protection office on first assessment and before appeal.

These decisions relate to asylum seekers in the Direct Provision system, who live in government–funded accommodation centres and receive a weekly allowance of €21.60 while awaiting a decision on their case.

This analysis found that authorities in the republic granted asylum to 1,990 people and refused protection to 13,710 applicants between 2008 and 2016.

This means that 13% of asylum seekers were given protection while the remaining 87% were refused over this period.

Commenting on the figures, the Department of Justice said the profile of asylum seekers in the republic differed from that seen elsewhere in Europe.

A spokesperson for the Department said: "In Ireland the five leading applicant countries for 2017 were Georgia, Albania, Pakistan, Nigeria and Zimbabwe which are not acknowledged conflict zones with high grant rates. The EU figures include those fleeing conflict zones and our application base is quite distinct from mainland Europe.”

While the Department did not provide figures for 2017 a spokesperson confirmed that asylum recognition rates rose last year due to the number of refugees coming to the republic under government humanitarian programmes.

A spokesperson said: "The statistics for 2017 will show a significant change. As a result of the arrival of a significant number of Syrian applicants for international protection, the percentage of applications awarded during the last year was approximately 50% - a figure likely to be in excess of the EU average.”

The following interactive map shows the republic’s recognition and refusal rate for asylum applications at first instance, by year and by nationality, since 2008.

The Irish Immigrant Support Centre, Nasc, said the republic's high asylum rejection rate was “very worrying” and that country of origin should not influence asylum decisions, which should be assessed on an individual basis.

CEO of Nasc, Fiona Finn, said: “We remain significantly lower than the European average and this has to speak to troubling trends in decision making in the International Protection Office that requires clear action from the Department of Justice to improve.

“It would be of concern to us if the Department is suggesting that only those asylum seekers who come through the Irish Refugee Protection Programme are somehow more deserving of protection."

CEO of the Irish Refugee Council Nick Henderson added: “We have long been critical of Ireland’s lower than average recognition rate. Although this rate has increased over the years, Ireland still lags far behind its European neighbours, despite the fact that applicants come from similar countries of origin.

“In 2016, Ireland had a recognition rate of 23%, still below the EU average, but significantly better than we were at the turn of the century.

"Needless to say, refugee decision making is a critically important function of the State. Failures in systems, attitudes and approaches can result in people being returned to situations of danger or worse."

The majority of citizens given asylum were granted refugee status (70%) because of a serious threat to their life or freedom, as defined under the Geneva Convention.

The remaining 30% were granted subsidiary protection because of a risk of serious harm if they were returned home.

Read here or click on the image below to read the story of one refugee, Khaled from Sudan, who fled the war in Darfur in 2008 in search of safety and is now happily settled in Cork city and hoping that his 12-year-old son can join him under the family reunification programme. 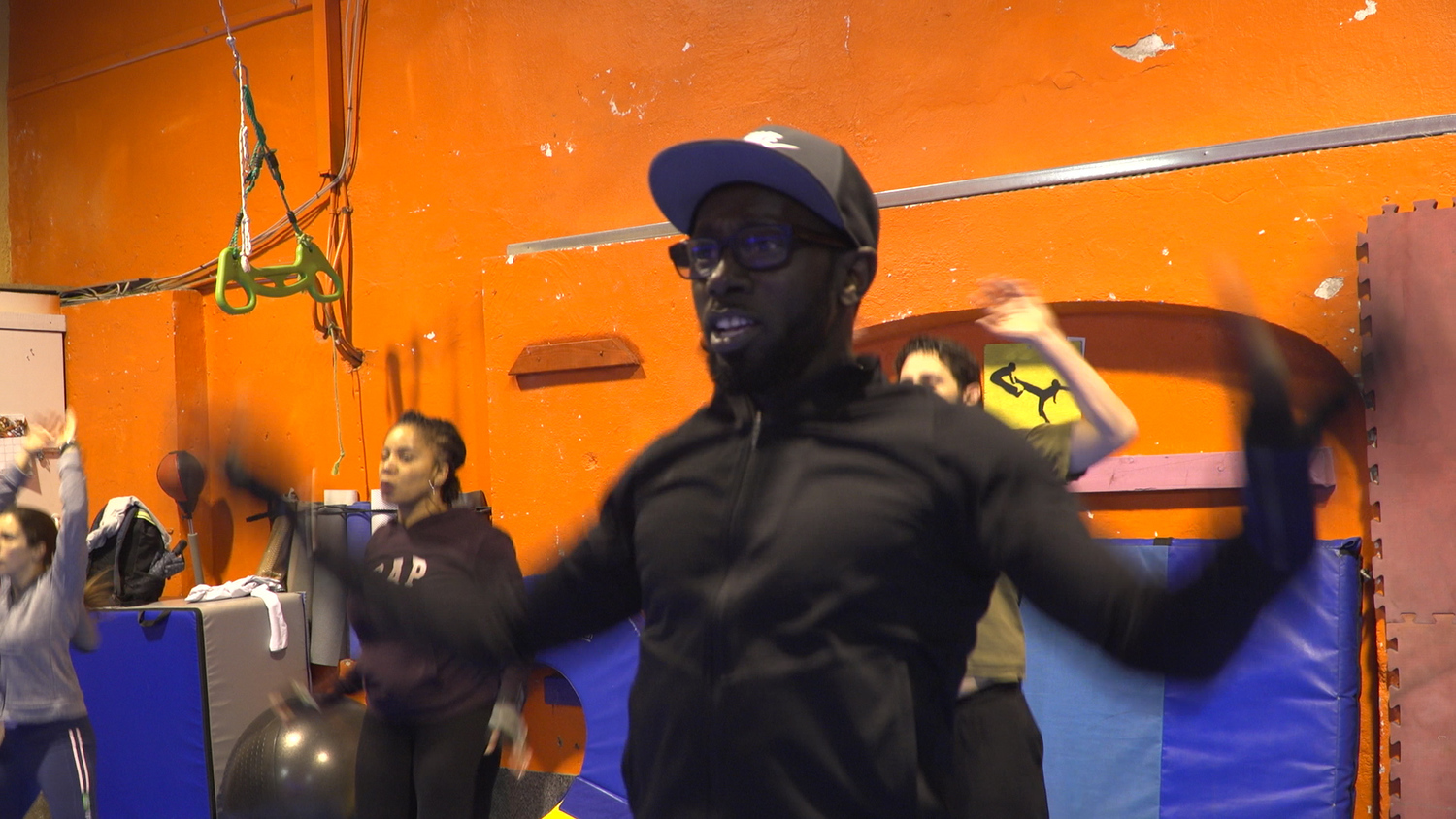 Applicants refused protection at this stage can appeal the decision to the International Protection Appeals Tribunal - many opt to withdraw and leave the country, while others will appeal and ultimately take their case to the High Court or Supreme Court for judicial review.

Read here or click on the image below to read the story of one asylum seeker, Ibrahima (not real name) from Guinea, who is 12 years in the Direct Provision system in the republic and also made an asylum application in Northern Ireland. Ibrahima has gone through the appeals phase in the republic and is currently awaiting a court decision on his case. 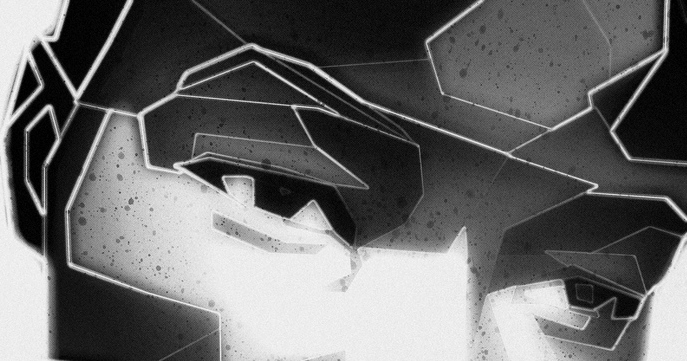 The republic’s record on granting asylum did not improve when appeal decisions between 2008 and 2016 were taken into account.

The number of applicants granted asylum on appeal brings to 3,485 the total number granted international protection in the republic between 2008 and 2016.

Research carried out by a PhD student at Maynooth University has highlighted variation in how decisions are made at the appeals stage of the asylum process.

Sasha Brown assessed more than 150 decisions on appeals by asylum applicants from Afghanistan, South Africa, and Ukraine to find considerable variation in how decisions were made by the former Refugee Appeals Tribunal.

The personal stories of asylum seekers, Mr Brown said, were often not believed or found credible despite evidence from the United Nations High Commissioner for Refugees (UNHCR) and other agencies.

“My research and others have shown evidence of a consistently adversarial asylum process and a pattern of disbelief by tribunal members,” Mr Brown said.

“Of 79 appeals from Afghani citizens that I looked at, 43 were refused and in those rejected cases it was really down to a pattern of disbelief from tribunal members,” he added.

“For example in one case where an Afghani man left his village on account of threats, he had a letter from a tribal elder advising that his parents had died after their home had been bombed. His case was rejected because the tribunal did not find his story credible; they did not believe the letter or accept his Afghani national identity cards. It’s hard to see how it would be possible to prove your case in such circumstances,” Mr Brown said.

Return to the main story here for a summary of the findings from this special investigation and links to the personal experiences of those in the asylum process.

Receive The Detail story alerts by email
A nation of welcomes? New figures challenge the Republic of Ireland’s record on asylum and immigration
PSNI criticised for begging arrests during pandemic