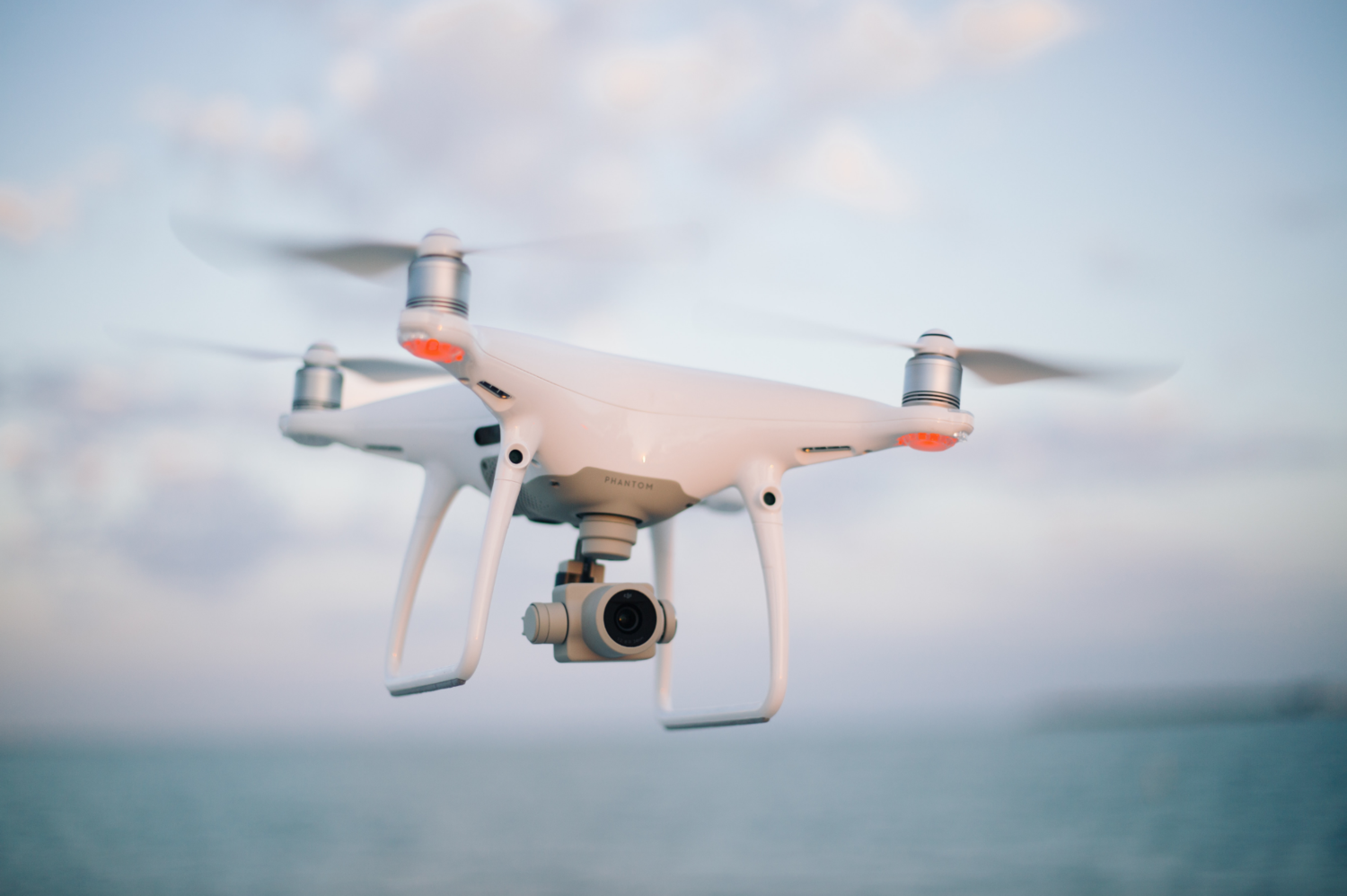 THE Police Service of Northern Ireland (PSNI) is involved in an experimental EU-funded research project developing a ‘swarm’ of air, sea, and land drones to patrol Europe’s borders.

The ‘Roborder’ project aims to develop ‘a fully-functional autonomous border surveillance system’, and involves research institutions, defence companies, and the police or border agencies from Greece, Hungary and other European states.

The technology will be used to identify and track illegal activities, including unauthorised sea or land border crossings, organised crime activity in remote border areas, and marine pollution detection, according to their website.

A developer for the project previously explained the technologies to The Intercept news website, stating that ‘the robots will be able to identify humans and independently decide whether they represent a threat. If they determine that you may have committed a crime, they will notify border police.’ 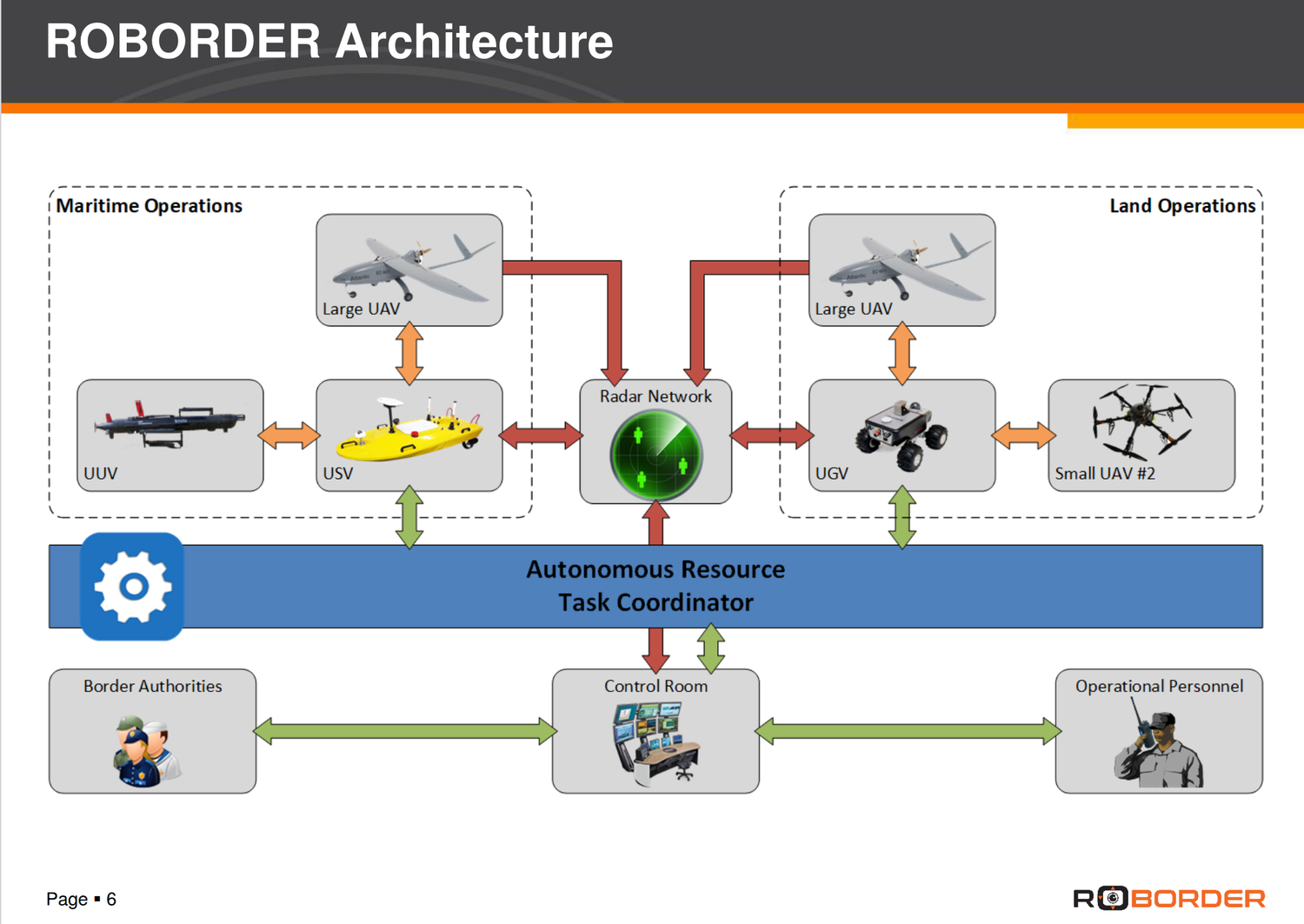 PSNI staff sit on the Project Management Board, the main decision making body, as well as Roborder’s Security Advisory Board.

The project, which began in 2017 and is due to end in August 2021, received 90% of its €8.9 million budget from the European Union’s Horizon 2020 investment programme, under the ‘Border Security: autonomous systems and control systems’ funding stream.

The PSNI has participated in 31 different EU-funded security projects since 2009 according to Open Security Data Europe. This is substantially more than the Gardai or any other UK police force, for which the PSNI has received over €5,25 million in total.

A spokesperson for the PSNI said that involvement in Roborder “gives the Police Service access to leading European research institutes and organisations enabling us to strategically plan for how these future systems may form part of the delivery of our services to the public".

The PSNI added: “It also allows us to participate in state-of-the-art research, with multiple organisations, allowing us to improve our professional development. To date our work has mainly focussed on providing non-technical advice to research partners, for example, on how the products developed may be used.”

Prof Katy Hayward, an expert on the Irish border at Queen’s University, said the potential use of drone technology in “a post-conflict region with historical experience of military surveillance (such as that around the Irish border) is a development that should be properly scrutinised, not least to enable legitimate questions about privacy, data and purpose to be answered".

Research from Queen’s University from 2019 found that one in three people would find it ‘almost impossible to accept’ drones at the border in the context of Brexit.

The PSNI has used drones within Northern Ireland since 2013. They were originally purchased as part of preparations for the G8 summit held in Enniskillen, to combat large-scale protests, which did not materialise.

The PSNI had used drones 372 times across Northern Ireland from June 2013 – March 2019, not including the "covert" use of drones, according to the BBC.

The Northern Ireland Policing Board (NIPB) has previously looked in-depth into the issue of PSNI use of drones, including in their 2015 human rights report. Issues raised by board members include human rights implications, the use of drones for covert surveillance, data privacy, and that ‘the perceived increase in the use of surveillance has become a cause for concern for many stakeholders’.

In relation to Roborder, a NIPB spokesperson said “the board is not routinely advised of EU Research projects that the PSNI are partner to.

“In the use of small unmanned aircraft (SUA) the PSNI must fully meet ECHR requirements and report to the board accordingly. There have been no reports to the board to date regarding the use of SUA by PSNI in support of ‘Roborder’. SUA use by the PSNI is reviewed and reported on in the board’s Human Rights Advisor’s Annual Report.”

PSNI listed activities in the Roborder project involve participation in various work programmes, including ‘user requirements and pilot test cases’, ‘detection and identification of border-related threats’, and ‘demonstrations and evaluation’ in evaluating prototypes. The EU contributed €217,500 to the PSNI for their involvement in the project.

Information on the project’s website includes information on a number of pilot case studies, including along the Irish border, and others in Greece, Bulgaria-Turkey and Italy.

However, the pilot in Northern Ireland – which was to have law enforcement authorities from Northern Ireland and Republic of Ireland “deploy ROBORDER technologies in order to undertake improved surveillance operations for criminal activities recognition” did not take place.

Roborder’s technical manager Konstantinos Ioannidis told The Detail that a pilot simulating conditions similar to those in the Northern Ireland case study will instead take place at a different location in the future. Mr Ioannidis said that a number of demonstrations – delayed due to the pandemic – are yet to be carried out.

Mr Ioannidis also said that by the end date of the project a successfully demonstrated prototype will be developed, at a level below just below the stage of being commercially ready. He added that the final prototype is currently under evaluation.

A number of human rights groups have raised concerns about the technology being developed in the Roborder project.

“If such a system were deployed it would pose a huge threat to people,” Edin Omanovic, advocacy director at Privacy International, told The Detail. “There have been credible, numerous, and consistent reports about abuses carried out by European border police against people looking for better lives: empowering these same units with advanced swarms of surveillance drones risks facilitating not only unlawful surveillance but other abuses.

“Such projects also support a highly securitised approach to highly complex problems. In this case, it may be that the solution to stopping illegal traffickers is to allow safe routes for people to migrate without putting them at the mercy of criminal networks: throwing money at developing surveillance tech does little to address this core issue and takes vital resources away from other priorities.”

Roborder’s consortium includes several police forces mostly along the Southern and Eastern EU border, including Greece and Hungary, who in recent years have been criticised for treatment of refugees at their borders by organisations including Human Rights Watch and the Council of Europe.

In November 2020 Roborder also made a presentation about their research to Frontex, the EU border agency, currently accused of complicity in illegal and often dangerous pushbacks of asylum seekers.

Additionally, Mr Omanovic of Privacy International raised privacy concerns: “The development of drones capable of indiscriminately intercepting mobile phone signals is highly problematic. Indiscriminate surveillance of non-suspects is a contravention of rights and a failure of the rule of law.

"As with other forms of secret mass surveillance, such surveillance makes it impossible for states to carry out an individualised assessment of necessity and proportionality, which is not permissible under international human rights law. You simply cannot monitor an entire border region just because you have the technology.”

The Associated Press recently reported on how migrants in Europe face a "vast array of physical and experimental new digital barriers being installed and tested during the quiet months of the coronavirus pandemic". Many of the projects in that report are funded by the EU through 'Horizon 2020'.

The PSNI, ROBORDER, and a spokesperson for the European Commission all stated that the research followed the highest ethical and legal standards.

A spokesperson for the European Commission added: “The ROBORDER project has an internal ethics advisory board and has appointed an independent ethics advisor to oversee the implementation of the ethical aspects of the research, in compliance with the initial ethics requirement. The advisor works in ways to ensure autonomy and independence from the consortium.

“Once a research project is over, the specific application of any technology in concrete tools and their subsequent possible deployment in operational context will always have to respect EU and national law and safeguards, including applicable legislation on dual-use (military – civilian).”