Scale of immigration checks higher in Belfast than London 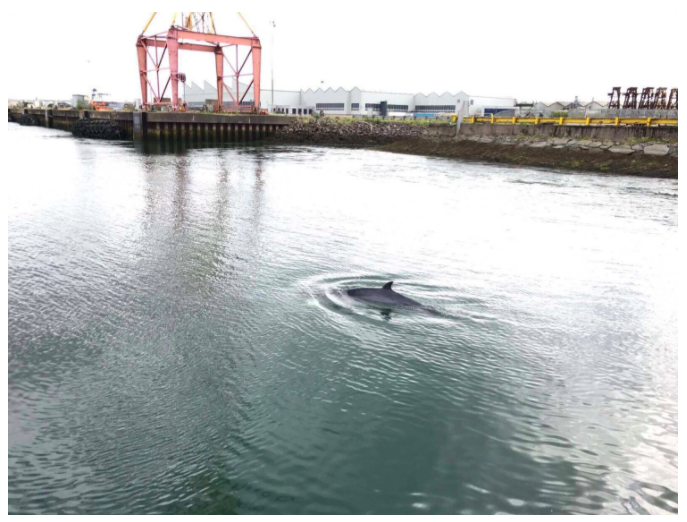 BELFAST had a higher rate of immigration checks than London and other major UK cities, new figures furnished by the Home Office suggest.

Official figures on immigration checks in Northern Ireland, provided for the first time under Freedom of Information legislation, reveal the majority of checks were carried out in Belfast.

Just one third of all immigration checks in Northern Ireland led to arrests with the remaining two thirds seeing the individual stopped being released.

The Home Office said immigration checks were necessary to protect the Common Travel Area but confirmed that checks were not conducted at the Irish land border. Immigration Enforcement officers also conduct illegal working and residential checks.

The data also shows that Belfast had the third highest number of immigration checks across 12 UK cities between 2012 and 2016.

Compared to Home Office data previously released to the Bristol Cable and Bureau of Investigative Journalism, Belfast ranked in third place after London (58,463) and Manchester (9,509).

The figures do not include encounters and arrests by UK Border Force Officers. Border Force is a separate division of the Home Office, responsible for frontline border control operations at air, sea and rail ports in the United Kingdom. 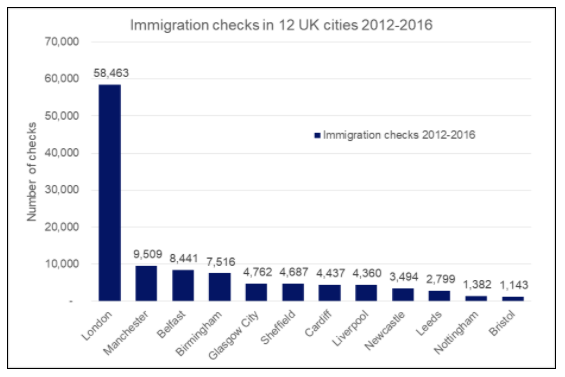 Further analysis showed that Belfast had the highest rate of immigration checks out of the 12 UK cities when population is taken into account.

Romanian, Chinese and British nationals were checked by Immigration Enforcement officials more than any other nationality in Northern Ireland between 2012 and 2019.

Romanian (1,313) and Chinese (1,299) nationals collectively accounted for one in five of all nationalities checked during this time period, while British citizens (1,013) ranked as the third most checked nationality.

By comparison 222 Irish citizens were stopped in the same period. People from Northern Ireland are normally entitled to British or Irish citizenship, or both. Immigration Enforcement officers record the nationality stated on a person’s ID when stopped. It is understood that where nationality is not stated, such as a driver’s licence, the officer will ask the person to state their nationality. This only applies where the officers do not believe an immigration offence has occurred.

Data for 11 other UK cities (not including Belfast) found that British citizens were stopped more than any other nationality, leading to accusations of racial profiling by immigration officers.

Immigration checks should be intelligence-led. Home Office guidance states that “reasonable suspicion can never be supported on the basis of personal characteristics. It must rely on intelligence or information about, or some specific behaviour by, the person concerned”. 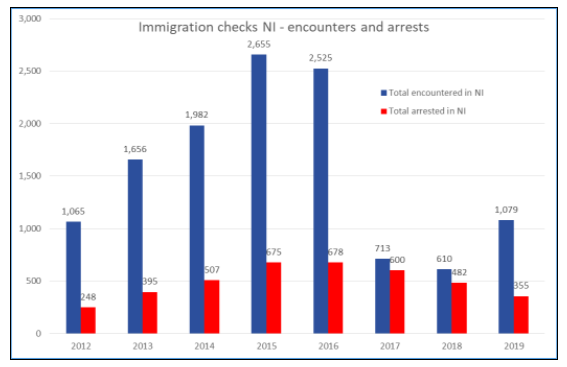 The Home Office figures also reveal a spike in immigration checks in Northern Ireland in 2015 (2,655) and 2016 (2,525). This spike coincided with a UK government pledge to clampdown on immigration as part of its Brexit campaign.

The sharp fall in checks follows concerns by the Independent Chief Inspector of Borders and Immigration in 2016 about an over reliance on tip-offs and allegations from members of the public.

The Home Office did not explain or comment on the significant fall in immigration checks over this period but confirmed that immigration enforcement policies had not changed.

A spokesperson for the Home Office said: “There has been no policy change during the period outlined and all our operational activity is intelligence led.”