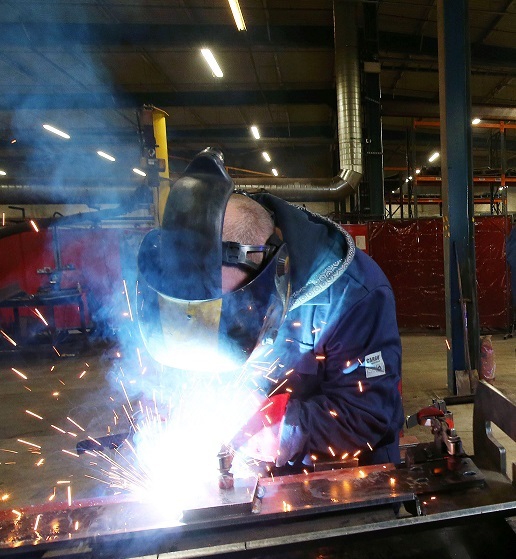 Derry based commentator Paul Gosling analyses the impact of a skills loss on both the public and private sectors.

Brexit was driven by many factors – but inward migration and the demand for more British jobs to be filled by British people were certainly important elements in the mix. One of the big questions now is how well the UK economy will do without the skills of EU migrants and their willingness to do the jobs that others do not want to do.

The fear of a skills loss is not hypothetical. As The Detail has already reported, more than a quarter of non-Irish, non-UK, EU nationals who had been working in Northern Ireland departed in the first 21 months after the Brexit vote. This should be no surprise. Quite simply, Brexit told EU migrants that most voters in the UK referendum did not want them here. If you know you are not welcome, you are likely to leave.

As a result, nursing and the social care sector have been hit badly across the whole of the UK. The number of new nurses from other EU countries registering in the UK in 2017/18 fell by 87%, according to statistics published by consulting firm Christie & Co. In the 2015/16 year, one in three nurses registering for the first time in the UK came from other EU nations. In 2017/18, the figure was 3%.

And in Northern Ireland the Royal College of Nursing talks of a crisis in the health and social care sector, with an escalating level of nursing vacancies. At the end of June last year, there were more than 1,500 registered nursing vacancies in NI, plus 315 nurse/midwifery support staff vacancies, according to the Department of Health in evidence to the NHS Pay Review Body. RCN believes the situation has worsened since then – and that there are a similar number of vacancies in the independent nursing home sector.

It would be wrong to describe this as an unintended result of Brexit. The intention was to reduce the number of EU workers in the UK, and that is happening in advance of the UK actually leaving the EU.

Unfortunately, the UK has a shortage of 20,000 qualified nurses – and is neither training enough new nurses to fill the gap, nor is it attracting sufficient numbers from non-EU countries. The ethics of recruiting qualified nurses from developing nations that need their skills is another important concern.

The NHS, private health companies and nursing homes will now be in increased competition for registered nurses. To succeed they will have to raise pay – and more will use agency nurses to fill the gap at much higher cost. In Northern Ireland the Department of Health’s own figures confirm that expenditure on agency nursing within the HSC totalled £32,162,889 in 2017/18 – up from £9,852,129 in 2012/13.

Challenges are as great in the private sector as they are in the public sector – especially in Northern Ireland. The CBI describes Northern Ireland as the UK’s most migrant labour-dependent region in the UK. An ageing population, the youth ‘brain drain’ and our low wage economy cause a ‘triple whammy’ impact here. These factors combine to mean that the lack of incoming migrant workers will damage our economy more than it will hurt Great Britain.

According to a recent CBI report, a 50% reduction in EU inward migration would reduce the working age population in Northern Ireland by 6% and decrease the potential size of GDP by 5.3% by 2041. If that loss of migrant workers was replicated with global migrants, the impact would be an 8% smaller working age population and a 9.1% loss of potential GDP in the same time frame. Border areas would be particularly badly hit.

Low wages are a factor because of the recommendations of the Government’s Migration Advisory Committee. It has suggested that government should allow high skilled inward migration – the test for which is a salary above £30,000. The CBI points out that given our low wage economy, few jobs here pass the threshold and so the impact in Northern Ireland will be greater.

The Migration Advisory Committee has also said that the solution to lack of demand amongst the indigenous population for low paid work is to increase the rate of pay for hard-to-recruit jobs. The CBI’s response is that for many employers this will make them uncompetitive against international businesses. For the public sector, still dealing with austerity, higher pay rates create an even bigger difficulty.

These issues were considered in detail by the Migration Advisory Committee. “We think there are some grounds for concern in lower wage sectors especially in the agri-food sector which is relatively large in the Northern Irish economy,” it conceded. “Dealing with the problem would require either a different scheme for the whole of the UK or a special scheme for Northern Ireland, neither of which are very attractive.”

It added that “it would be better if any difficulties were met with support to increase investment and productivity, an ambition laid out in the Northern Ireland industrial strategy”. However, Northern Ireland suffers not only from a very low level of productivity – the Irish Republic is 60% more productive, according to PwC – but also from a weak investment environment, made worse by Brexit.

Higher levels of investment should lead to higher levels of productivity and higher pay. The risk is that we become trapped in a low investment, low productivity and low pay economy – though one that perhaps generates more jobs to compensate for the lower productivity. It is an outcome made more likely if the Brexit negotiations end up with a situation where Northern Ireland with the rest of the UK is locked out of our largest and most lucrative market.

Receive The Detail story alerts by email
Is court oversight of the backstop a sovereignty issue?
​​PSNI admits it should have told Loughinisland journalists about review which criticised handling of their arrests