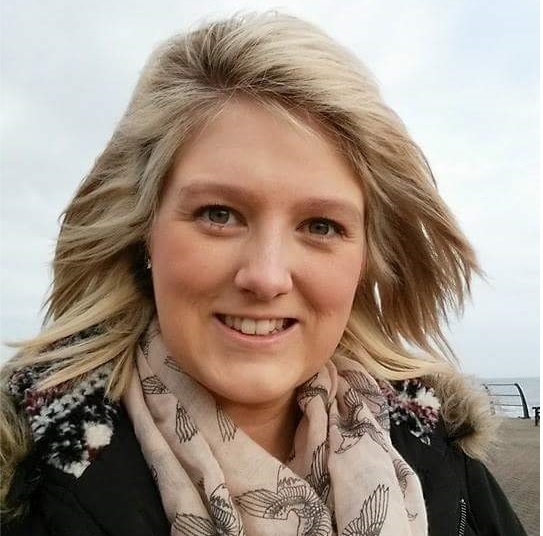 In 2013, 23-year-old Sarah Ewart from Belfast was devastated to learn at her 20 week scan that the baby girl she was carrying had anencephaly. This meant that the baby’s skull and brain hadn’t properly developed and it was likely she would die shortly after birth. Sarah was one of more than 4,480 women who travelled from Northern Ireland and the Irish Republic to England or Wales for an abortion that year. Today, she writes for Detail Data.

It was extremely difficult for me to decide to have an abortion. We are a family who never had to think about abortion until this happened. Suddenly, I was a 23-year-old woman dealing with something I never thought I’d have to.

I went for a private 3D scan when I was 19 weeks pregnant. We wanted to know if we were having a boy or a girl. During the scan we were told that there was something wrong and they rang ahead immediately to the Ulster Hospital to tell them to expect us. We got there and were scanned again. We were told to prepare ourselves for the worst and an urgent appointment was made for me the next morning with a senior sonographer.

We attended the appointment and after a number of scans it was confirmed that the baby girl I was carrying had anencephaly – which means the skull and brain hadn’t properly developed. We had never heard of anencephaly and so thought at that point we would be able to have operations and bring our daughter Ella home, make her as comfortable as possible and whatever time we had with her would be our time.

As we listened to the consultant and the midwife it very quickly became clear that that was not going to be an option for us and that the birth would be extremely difficult. I asked what my options were and was given only one – to continue with the pregnancy.

I couldn’t face continuing with a pregnancy I knew wouldn’t survive so I enquired about a termination. Immediately we were told they couldn’t discuss that or advise us on anything to do with an abortion. They were legally not allowed to offer that as an option never mind talk about it. We left, numb and devastated. That was it. I had no option but to carry on with my pregnancy and go through a birth.

I came home and started to do my own research. I joined an anencephaly Facebook page with people going through the same thing. Many were extremely depressed. I knew at this point I didn’t want to be made to go through this birth. I spoke to my husband, my mum and dad and told them I wanted a termination. They said they would support me in my decision.

We went back to the Ulster and spoke to my consultant and it became clear I was going to have to go to England for a medical termination. I told him this is what I had decided to do. Mum and I left hospital and went home to try and find out about a clinic.

We got home looked in the Yellow Pages and found the Family Planning Association. My mum rang and explained my situation and an urgent appointment was made for the next day.

Meanwhile, mum began writing to 108 MLAs, MPs, the health committee members at the Northern Ireland Assembly and anyone else she thought might listen to help us get this medical procedure here with my own medical team of carers and consultant. Only two replied so as a last resort mum emailed the BBC Radio Ulster Nolan Show and they helped us to get our story out there, to inform the public of the disgraceful nightmare situation we had been put in.

We travelled to England, away from my family circle and medical professionals I knew to a strange clinic for a procedure I never thought I’d have to have.

It was terrible going to a place I didn’t know, to people I didn’t know and not having the full support of my consultant, medical staff and my full family around me. It made a terrible situation so much worse.

It cost us over £2,100 to get there. When we paid the clinic £1,350 they said that we were lucky coming from Northern Ireland we were getting it at a discounted rate. It is normally £1,750 for the procedure. The rest of the cost was for flights and accommodation – not including food. Mum and dad went to the bank and family members helped too. My mum and dad had just paid for my wedding that year.

I took my medical notes with me to England but not one person looked at them. As far as they were concerned, I was there for a procedure, an abortion, not that this was a medical need and this had been a very, very, very much wanted baby.

I didn’t have all my family and friends for support until I came back home. I have a younger brother and sister who went from excitement at expecting to become an aunt and uncle to me having to go away like something dirty and shameful because, although this was a medical procedure I needed, my doctors and consultants here could not treat me.

I would’ve had compassion, respect and dignity to get through this nightmare if I’d been able to have it at home, with my own medical team and all my family and friends.

At the start when mum and I went round the MLAs and political parties, very few did not support us. But it took us to go public with our story and only then did they realise we were not going away before they paid proper attention.

Abortion is a difficult subject and they don’t want to deal with it but they have to because it’s their job and they can’t keep turning their backs on me and other women.

We’ve met with various MLAs with Amnesty and the reception has been positive – but it’s time they took action and stopped paying lip service.

I unfortunately am now faced with this with every pregnancy I have. I will never have a surprise, unplanned pregnancy.

I am currently on folic acid and getting injections every month because my vitamin B12 level isn’t right. A lack of B12 is a major contributor to causing the type of pregnancy I had. I am not trying to get pregnant at the moment because I couldn’t face getting on a plane again for fear this would happen again.

A change in the law here is needed to help women like me. The experience is distressing enough without having to go to England for medical treatment.

Since telling my story and doing more media work with Amnesty, a lot of women have contacted me with heartbreaking stories. Listening to them and thinking about my own situation is stressful but it’s also what keeps us going forward with this. I want a family, so do these women, and we’re stuck in limbo until this is resolved.

I am an ordinary young mum, my position is not a political or religious one but if nothing in the law changes and I become pregnant again with an anencephaly baby, I am terrified of what might happen.

I want to be treated with dignity and respect, not to be labelled a woman with mental health issues, just so that in my country I can have access to a termination that I require as a medical procedure.

We need to stop focusing on the word abortion/termination and focus on why this medical procedure is needed and the situations that lead to it being needed.

Support is needed for women like me who have taken this heart-breaking decision. If a woman wants to go through a birth that’s ok but if a woman doesn’t want to, there has to be another option. Neither one is easy.

We need compassion, respect and dignity.

Judge Horner is considering whether existing law can be interpreted to provide exceptions in cases of fatal foetal abnormality, rape and incest. The judge has indicated he will decide and conclude on this matter before Christmas. We hope he rules positively once again. If not, we will have no choice but to wait for the Assembly to legislate.

I just want to say a big thanks to my Mum (Jane Christie) who has been amazing throughout this journey, helping me every step of the way. I could not have managed without her love, support and motivation.