Rise in use of unregulated B&Bs, hotels and hostels for 'looked after' teens 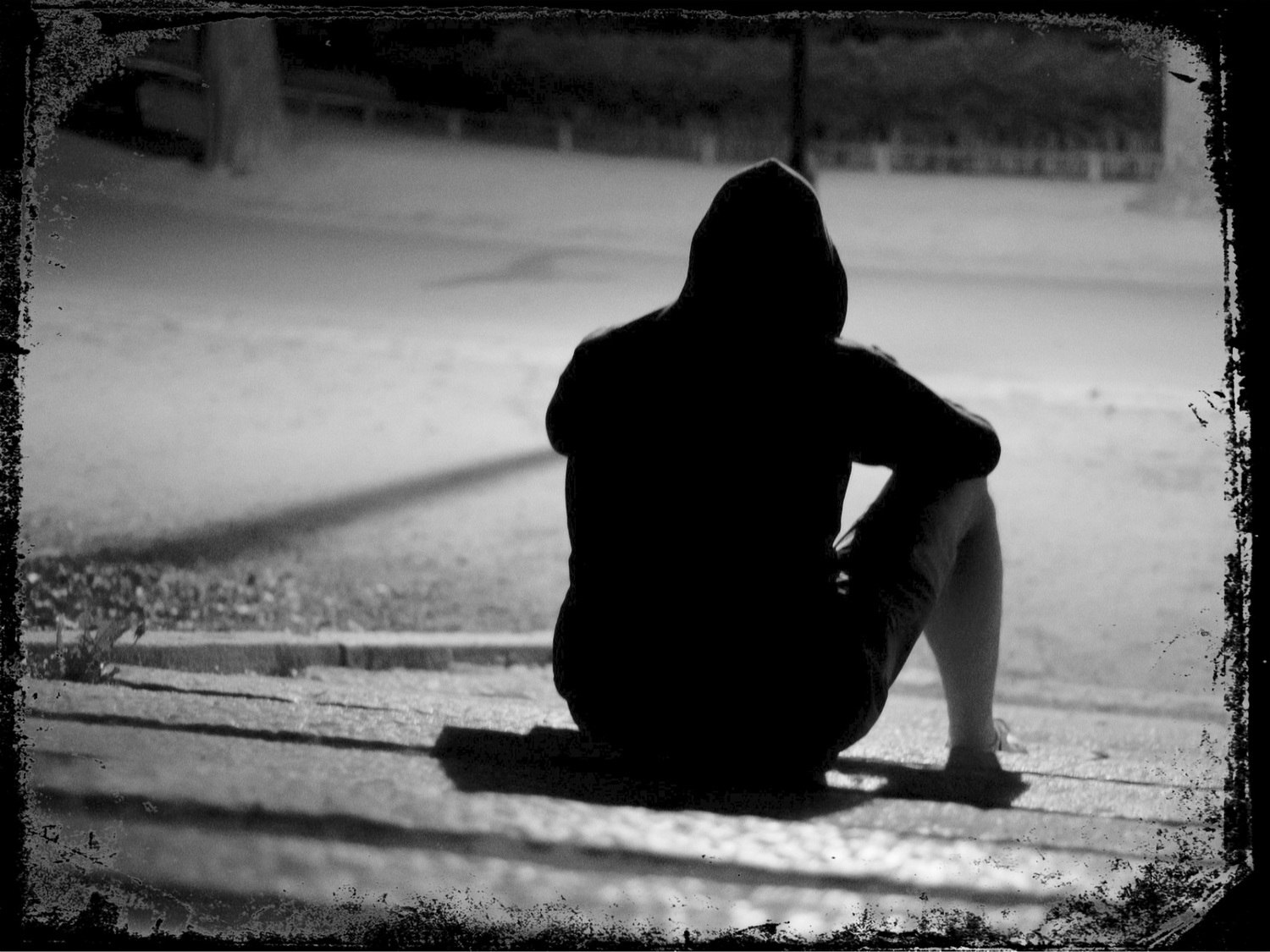 DOZENS of teenagers in the care of the state are being placed in unregulated accommodation in Northern Ireland, The Detail can reveal.

More than 70 young people, aged 16-17 years, were placed in unregulated bed and breakfasts, hotels, hostels, and other supported accommodation across Northern Ireland in 2017/18 because of service pressures on health and social care trusts and a rise in youths presenting as homeless.

The Regulation and Quality Improvement Authority (RQIA), which is responsible for inspecting and monitoring children’s care homes and accommodation, said the practice of using unregulated accommodation could place youths at risk.

RQIA board chair Professor Mary McColgan told the board in November that the “problematic situation” was “verging on crisis”.

The regulator said responsibility for placing children and youths in accommodation lay with health and social care trusts and the Health and Social Care Board (HSCB) but conceded that the use of unregulated accommodation left it in a “compromised position”.

As it stands, RQIA cannot take enforcement action against or prosecute accommodation providers that are not registered with the watchdog.

The regulator raised the governance gap with the Department of Health in January when it reported a rising trend in the use of unregulated accommodation for ‘looked after’ youths.

Figures furnished by the HSCB to RQIA last year found 76 youths were placed in 135 unregulated placements across Northern Ireland between 1 April 2017 and 31 March 2018.

The use of unregulated placements was more prevalent in the Western, Northern, and Belfast trusts, which had a higher number of youths in care.

A further breakdown of figures found that placements in B&Bs tripled from 13 in 2014/15 to 39 in 2017/18, with the majority of placements in the Northern, Belfast, and Western trusts.

The number of youths placed in hotels also increased almost four-fold from 5 in 2014/15 to 19 in 2017/18, primarily in the Northern and Western trusts.

The regulator stated in its report: “RQIA has no regulations to address any breaches in these services and raises any concerns with HSCB and trusts. Trusts however continue to make bespoke arrangements, use relatives and friends, supported lodgings and bed and breakfasts.”

The RQIA report attributed the rising use of unregulated accommodation for 'looked after' 16 and 17-year-olds to an increase in the number of children in care, service capacity issues, an increase in youths presenting as homeless, increasing complexity of needs and risks for some young people, and a lack of emergency accommodation for youths leaving the criminal justice system. Some youths are also seeking to be placed in B&Bs.

A spokesperson for the watchdog said: “RQIA advised the Department of Health that it considers the current legislative framework for children’s services requires to be reviewed, as it has not kept pace with the changing needs and challenges faced by trusts to meet the needs of young people.”

The Department of Health and the HSCB told The Detail a “significant number” of unregulated placements were in supported accommodation commissioned by health trusts and the Northern Ireland Housing Executive.

These services can be inspected by RQIA but the regulator cannot take any enforcement action.

A spokesperson for the Department of Health said: “Consideration is being given to whether supported accommodation and supported lodgings should be subject to full regulation, including registration and inspection by RQIA.”

A spokesperson for the HSCB said: “The use of B&Bs and hotels are deemed as unacceptable accommodation for vulnerable young people. Both however, are used by some trusts where other more suitable options have been tried and failed and there are no alternatives available and / or where capacity does not exist in jointly commissioned services. The use of such accommodation is predicated on the understanding that this is in circumstances where other options have been exhausted and is for the shortest possible time pending the provision of a more suitable arrangement.

"Trusts are required to satisfy themselves that the accommodation meets specific requirements and that a robust placement / support plan is put in place commensurate with the needs / risks presented by the young person, in addition to ensuring all statutory and corporate parenting responsibilities to looked after and care experienced young people are adhered to. Appropriate measures should be in place to monitor and review such arrangements."

As part of the RQIA report, each trust provided details of how many 16 and 17-year-olds were in unregulated placements on 24 August 2018.

This snapshot found that 69 youths were in unregulated placements across all five trust areas on that date.

The Western trust had the highest number of unregulated placements with 29 young people in adhoc placements, followed by the Northern trust (15), Belfast trust (11), Southern trust (8), and South Eastern trust (6), as the following graph shows.

The figures come as the number of children in care in Northern Ireland reached record levels in 2018 when 3,109 children were in care as of 31 March 2018. This was the highest number recorded since the introduction of the Children Order 1995.

In light of the number of unregulated placements RQIA inspected three unregistered accommodation providers in Belfast and Ballymena last year. One young ‘looked after’ teenager was found in unregulated supported accommodation at the time of inspection.

The use of unregulated placements, such as B&Bs, could put youths at risk of harm and could also leave accommodation providers open to being prosecuted and fined under the Children (NI) Order 1995.

In its report RQIA said the use of unregulated placements presented a risk to young people and to the organisation itself: “In the absence of regulatory scrutiny there is a risk that children and young people placed in these establishments could be at risk of harm and there is also an associated reputational risk for RQIA if these are not inspected.”

While the regulator for children’s homes, RQIA, can review adhoc accommodation placements as required, it warned it cannot take any enforcement action or prosecute unregistered providers should issues arise.

“The trusts and HSCB are responsible for ensuring that any placement in an unregulated setting is suitable for the young person. As these placements are not registered with RQIA we cannot take any enforcement action,” RQIA stated in a paper on the issue.

At a RQIA board meeting in November it was agreed to review any unregulated facilities referred by the HSCB and to ask the Department of Health to “critically review” the regulatory framework for children’s services.

The regulator further recommended that the HSCB and the Housing Executive commission additional placements for youths and also review the use of existing supported accommodation for youths.

A spokesperson for the children’s homes regulator told The Detail: “Following RQIA’s consideration of issues arising from our inspections of unregulated placements, we advised the Department of Health of our concerns - sharing the paper that went to our board in November.”

The Department of Health said the use of bed and breakfasts to accommodate ‘looked after’ young people was the subject of a judicial review last year.

A spokesperson said: “A placement in a family setting or in group-living situation can be difficult for some children and young people and finding suitable accommodation for them can sometimes be a challenge. This was acknowledged in a recent court judgement in which the judge declined to declare an absolute prohibition on hotel/bed and breakfast accommodation but stressed the use of this type of accommodation should be rare, restricted and heavily monitored. It should be noted that HSC Trusts are aware of their core responsibilities in relation to all looked after children and these types of placements are subject to ongoing monitoring by trusts and must be reported to the HSCB.”

The department said it is considering an option to regulate supported accommodation providers, which would require new legislation and a functioning executive.

The Department of Health and the HSCB further confirmed that quality assurance guidance for jointly commissioned supported accommodation has been developed and is awaiting final agreement by the Northern Ireland Housing Executive.

A spokesperson for the HSCB commented: "A significant programme of transformation is ongoing across children’s services, this includes work to identify alternative placement options for Looked After Children."

Receive The Detail story alerts by email
The girl on the bridge: How do we deal with mental health crisis in Northern Ireland?
UN concerns over use of isolation in British prisons raises further questions for justice department