“When I hear about another death in Maghaberry, my stomach just turns” 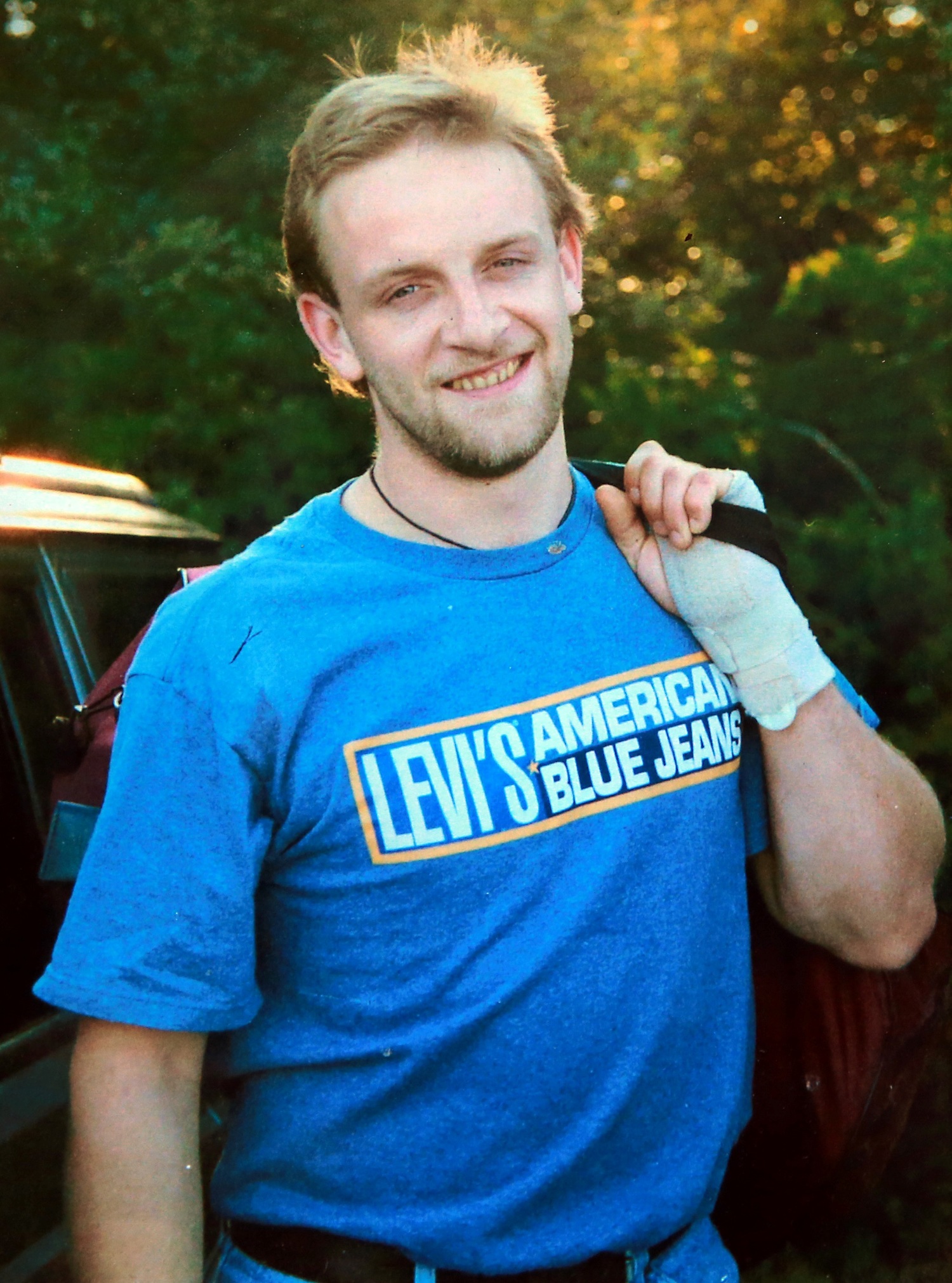 Niall Leonard who died at Maghaberry prison in 2012.

MAGHABERRY prisoner Niall Leonard died in his cell in 2012 but over four years later his family are still waiting for a coroner to examine how he died.

The 37-year-old from County Fermanagh, who was being held on remand over a charge of assault, had previously attempted to harm himself and was seen by a psychiatric nurse in the community.

Despite a statutory obligation to examine the circumstances around a prisoner’s death, relatives of the father-of-two are still waiting for an inquest to be held.

There have been a number of preliminary hearings but no date has been set yet for a full inquest.

Coroner Joe McCrisken raised concerns over the delay at a preliminary hearing on December 6 this year and expressed hopes of fixing a date to move the case forward.

“By the time next July comes around, it will be nearly five years since Mr Leonard’s death. Nobody really needs that level of delay,” he said.

Niall Leonard’s mother, Rita Leonard, told The Detail how the passage of time has affected her.

The 64-year-old, who lives in Lisnaskea, said: “It just goes on and on. Sometimes you think, ‘what am I doing?’ Never once have I thought, ‘let it go, walk away’. Niall only has me to fight for him now. I’ve had to fight for him all my life.

“The state has a duty of care. We have to look after vulnerable prisoners. I never thought I would have this cross to carry. Some people tell me to move on but I can’t.

“When I hear about another death in Maghaberry, my stomach just turns. I think, ‘not Maghaberry again’. I just feel sick. I think of the family and wonder if they were begging for help like I was.

“Niall suffocated in there. I didn’t expect them to open the door and let him out but he shouldn’t have been in there. He should have been referred to some mental health programme. He was scared when he was in there.”

Click here to read why a Queen's University academic is calling for an inquiry into prison deaths in Northern Ireland.

Niall was one of eight inmates who died while in the custody of Northern Ireland’s prisons during 2012 – the highest death toll during the decade examined by The Detail. His death in July was one of four caused by hanging during 2012.

When Niall went into prison on remand, he was initially subject to a Supporting Prisoners at Risk (SPAR) care plan - which is designed to support vulnerable prisoners and puts them under regular observation – before he was taken off it.

Shortly after he died, his mother was visited by Northern Ireland Prisoner Ombudsman Tom McGonigle who is tasked with independently investigating prison deaths.

He completed his inquiry into what happened in March 2014 and his report was published in May the same year.

The ombudsman’s report included an extract of a review of the case conducted by a consultant forensic psychiatrist, which said the prisoner’s decision to “hang himself was a sudden and impulsive decision that could not have been predicted”. However, his mother contests this element of the report.

In his investigation into Niall’s death, Mr McGonigle made 19 recommendations for improvements within the Northern Ireland Prison Service and the South Eastern Health and Social Care Trust which is responsible for health service provision within prisons.

He noted in his 2014 report: “It is disappointing that four of these matters have previously been raised in prisoner ombudsman reports into deaths in custody and that related recommendations were accepted but, in this case, not fully implemented.”

Click here to read more about concerns raised by Mr McGonigle over having to repeat recommendations in his death in custody reports.

The report noted how Ms Leonard repeatedly telephoned the prison service to raise concerns over her son’s mental state and that a threat had been made against his life from a “criminal element” within the prison.

It added: “Several features of good practice by the Northern Ireland Prison Service and South Eastern Health and Social Care Trust personnel are commended in this report.

“Despite limited recognition of his vulnerability, there were significant levels of intervention with him during his seven weeks at Maghaberry.”

Mr McGonigle noted that inmates were locked in their cells for the night at 4.45pm and “there was no association period for prisoners that evening due to staff shortages”.

Staff discovered Mr Leonard unresponsive in his cell at approximately 10.56pm. Despite efforts to resuscitate him, he was pronounced dead at 11.30pm.

Ms Leonard added: “I’m broken-hearted and I will never be the same person I was. I wanted them to keep him safe because I knew he was very vulnerable. I wanted them to look after him the way I had done for years. No-one listened to me.

“It’s important to have the ombudsman because he does more probing. He has to dig deeper and try to get answers. I had every confidence in him that he was doing his best to get answers for me.

“I just can’t believe Niall’s never going to walk in the door again. People are dealing with this every day of the week. It just happens to be my turn but I never thought I would be given this cross to carry.

“I could see he was struggling. I know you know your own son but why could nobody else in there see it?”

To read an overview of prisoner deaths across the island of Ireland, click here.

The Detail collated information on deaths in custody into a database which can be viewed here.

Receive The Detail story alerts by email
Concerns raised over scale of prison deaths across the island of Ireland
Almost £8.5m spent on Belfast Trust recall of neurology patients