'When she speaks with her daddy in Polish he is so proud': The school helping migrants' children retain links with home 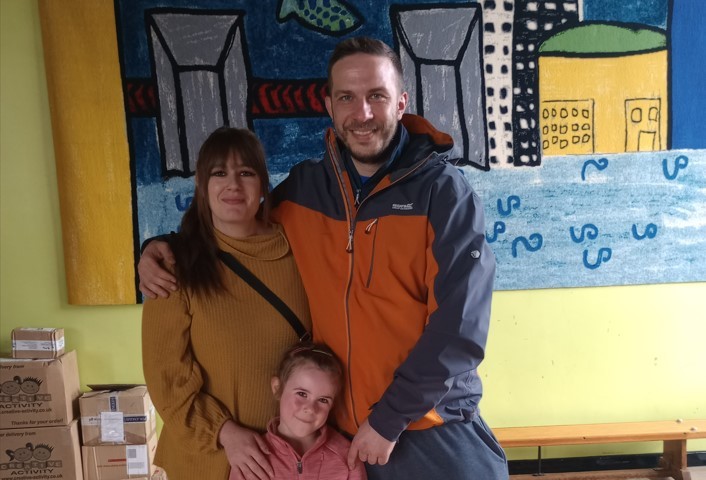 Over the last two decades, migrant Poles have become the largest minority community in Northern Ireland. In the second in a series of articles about minorities in the north, Luke Butterly speaks to the parents and teachers behind a Polish language school in Belfast.

For most children, the weekend brings a welcome break from school.

But every Saturday, dozens of pupils travel to a primary school in south Belfast for lessons in Polish language, history and geography.

The Polish Saturday School - one of around 10 in Northern Ireland - has been running for the past 15 years.

After Poland joined the European Union in 2004, Polish migration to Northern Ireland and Britain increased.

According to the 2021 census, more than 22,300 people living in the north were born in the Eastern European country.

Every week, dozens of Polish families travel miles to the Belfast school, including one who makes a two-and-a-half-hour round trip from Omagh in Co Tyrone.

The Polish school is held in several classrooms rented from Holy Rosary Primary School in the multicultural Ormeau area of Belfast.

Stacy McKay and Bartek Karbowiak travel from Lisburn in Co Antrim to bring their four-year-old daughter Molly to lessons.

“I'm Scottish, but my partner he's from Poland, and our wee girl was born here,” Ms McKay told The Detail.

“His family only speaks Polish. We want her to have both languages, to be multilingual. And to understand the culture a bit better as well.

“Because I don't speak Polish, so we send her here.”

Ms McKay said Molly often tries to charm her father by asking him for things in Polish.

“She loves it, because when she speaks with her daddy in Polish he is oh so proud, and it encourages her to do it,” she said.

She added: “I just want her to be able to speak to her granny in Poland. So I can send her over to granny’s – to babka’s – when she is 14 on an aeroplane.

“It's the culture side of it as well, because she is from a multicultural family. And we want her to know that.”

The changing face of Polish migration

Polish nationals make up almost a fifth (18%) of all people living in Northern Ireland who were born outside Britain or Ireland.

When the Belfast school opened 15 years ago, almost all the pupils were born in Poland. However, most students are now born in Northern Ireland.

The fee-paying institution is one of more than 100 registered Polish schools across the UK.

The school’s curriculum is set by the education authority in Poland and all teachers have Polish qualifications.

Before the pandemic, the Belfast school was one of the biggest in Northern Ireland, with about 170 students.

However that number has halved, partly due to the pandemic.

Brexit may also have contributed to the drop in pupils. 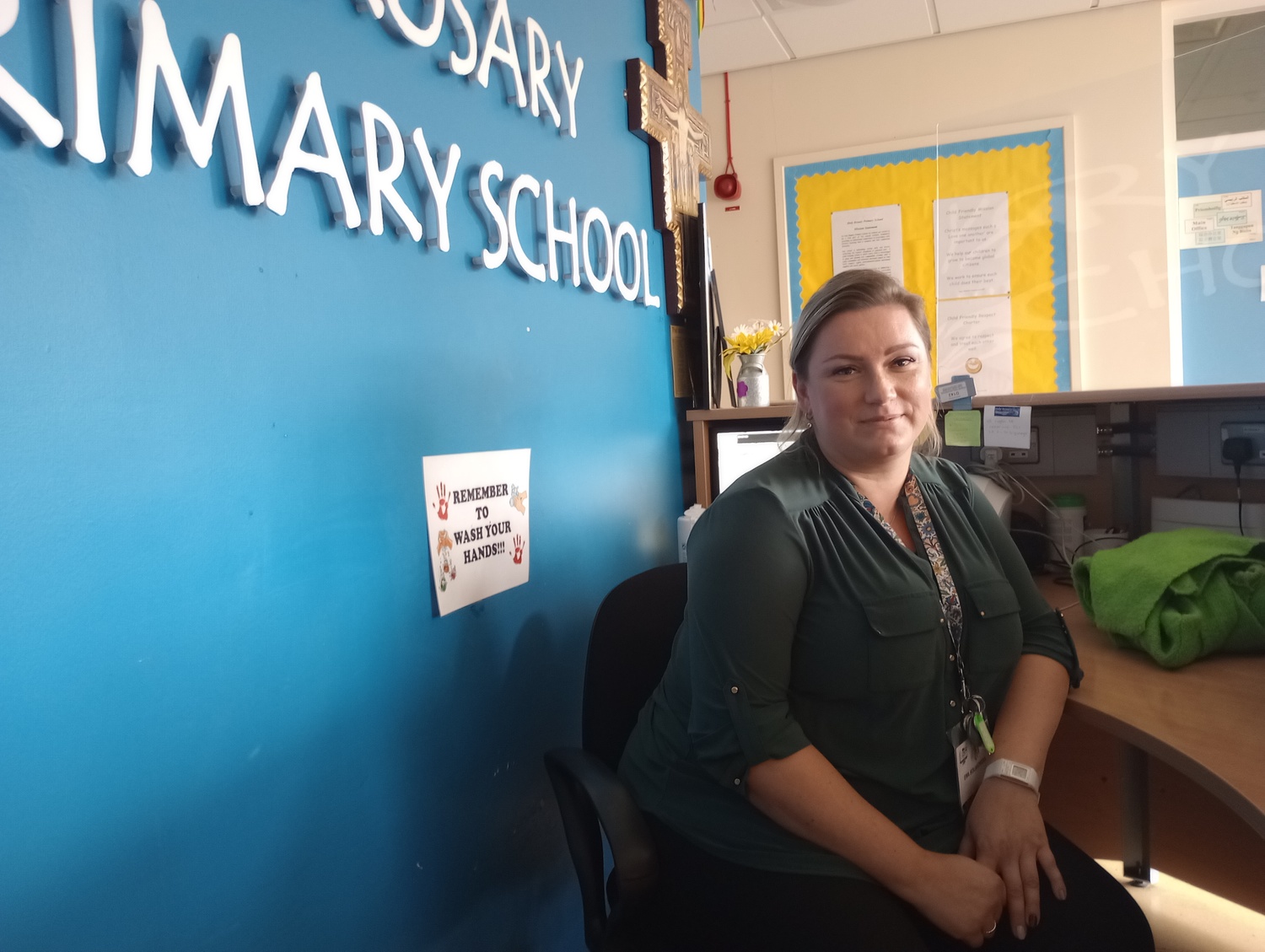 Ewa Kołakowska, a teacher at the Polish Saturday School in south Belfast. Photo by Luke Butterly, The Detail

Ewa Kołakowska, a parent, volunteer and board member of the school, said fewer Poles are opting to come to the north “but I'm not sure if that's because of Brexit or because of the pandemic”.

She said many parents want their children to attend the school so they can meet other Poles their own age.

“They obviously have their friends in local schools, and some of them probably are Polish, but it's a different atmosphere here,” she said.

“They learn about Poland and about our traditions, our culture and our language.

“It really is touching whenever on Christmas they sing carol songs in Polish, I always have tears in my eyes.

“Or on Polish Independence Day (November 11) they all stand up and they sing our Polish anthem together.

“For me, it's a big thing. I'm really proud of that. They know the traditions and they know the Polish songs and they're happy to sing them.”

Some parents want their children to learn Polish so that if they return home, it will be easier to re-integrate.

For families who have settled permanently in Northern Ireland, many want their children to be able to talk to relatives in Poland.

The children like to attend too, Ms Kołakowska said.

“I can see the smiles on their faces whenever they come,” she said.

She added: “And it's a bit different, maybe a bit more relaxed, than local school.”

The school caters for children aged between three and 13, but classes for younger pupils are the most popular.

Ms Kołakowska said some children, particularly in families where only one parent is Polish, rarely speak the language at home.

“Normally the kids would have 26 hours of Polish language in school during the week (in Poland),” she said.

“The kids come here for only four hours. So for this to work, parents have to cooperate as well.”

Most teachers at the school also have children who attend lessons. 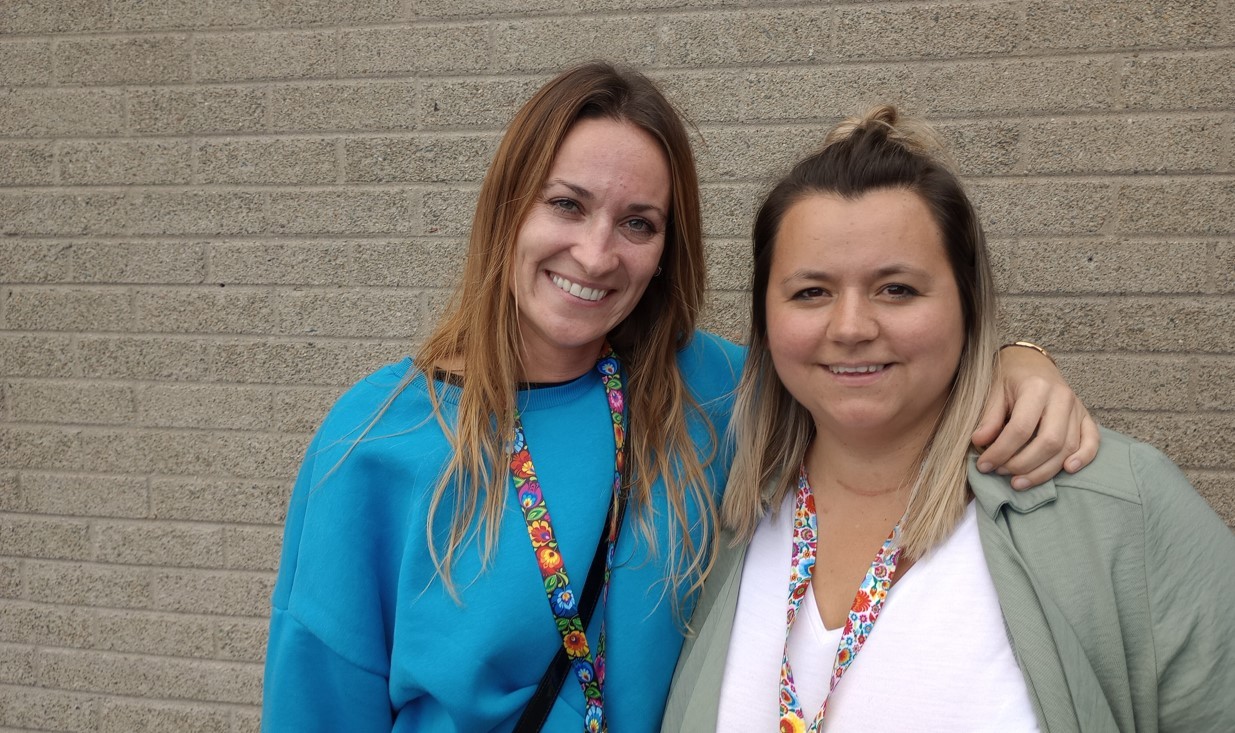 'He can speak with granny and grandad'

Ms Paczkowska and her husband moved to Northern Ireland 15 years ago. They first lived in Belfast before moving to Lisburn, Co Antrim.

“When we started to plan a family, we moved to Lisburn because it's smaller, quiet. Belfast is too big for us. We come from a small village in Poland,” she said.

“Lisburn is more safe as well. Because some streets in Belfast are not very safe for Polish people.”

Gosia Quinn, from Newtownabbey, Co Antrim, teaches full-time in a state school during the week and holds classes at the Polish school on Saturdays.

“You have to make the classes a bit of fun,” she said.

“Because you know, they're coming on Saturday and the kids want to stay home in bed.

“For my class, first thing when we come in we teach them as much as we can. And then we have a loose lesson where we play games. Because by playing, they are still learning Polish.”

Ms Quinn’s husband is Irish and the family generally speak English at home.

The couple’s son has been attending classes at the Polish school for years.

“He definitely speaks better Polish, with an English accent obviously, but definitely benefits from it,” she said.

“We go back every summer, and he can speak with granny and grandad and all the aunties and uncles back home. They only have one grandchild, so it's important for them to be able to speak to him.”