Who gains from Brexit? 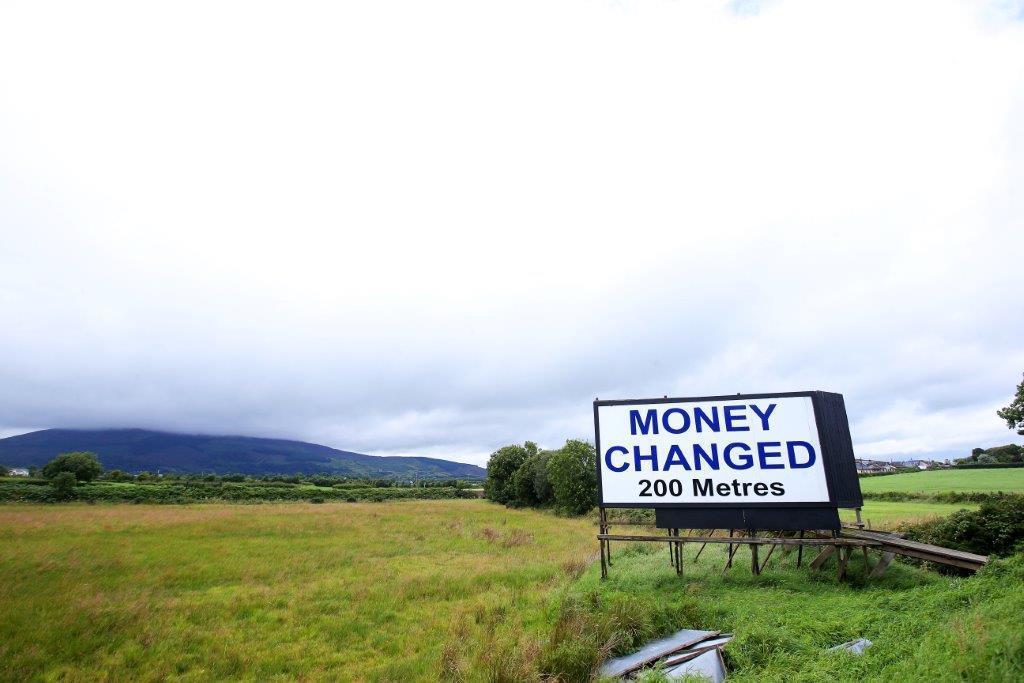 A money exchange sign on the Irish border. Photo by Press Eye.

THE Brexiteer narrative has changed significantly in recent days.

While Brexit supporters continue to argue that leaving the EU will create strong benefits, they are now focusing on the long-term. “The overwhelming opportunity for Brexit is over the next 50 years,” Jacob Rees-Mogg told Channel 4 News.

Very few people close to decision-making now believe there will be significant short-term economic benefits from Brexit. The question really is whether the slower rate of growth following the referendum will continue, or if the economy will actually shrink. The CBI in Northern Ireland has warned that our region is at risk of slipping into recession.

None of this should be a surprise. Leaving membership of one of the world’s largest trading blocs was bound to cause economic damage. But why does that not seem to concern those who most strongly promote Brexit?

The largest donor to the leave campaign was the now famous Arron Banks. A just published House of Commons Digital, Culture, Media and Sports committee report into ‘fake news’, explains: “Arron Banks is, reportedly, the largest individual donor in UK political history”. He has faced mounting questions over meetings with representatives of the Russian government, though he dismisses these as groundless.

Wider questions around Russia and Brexit, however, continue to attract attention due to the evidence of Russian influence over US politics, but also because it is clearly in Russia’s interests for the UK to leave the EU, especially if this weakens the EU as an international force. Russia and the EU have conflicting objectives with regards to the Ukraine, the Baltic nations and the Balkans.

There are other questions around who gains from Brexit.

Media reports suggest other major donors and pro-Brexit figures have profited from the fall in the value of sterling and have a vested financial interest in a hard Brexit or a no deal scenario.

Others have ideological reasons for backing Brexit. One of the most assertive voices arguing for leaving the EU was a group of economists calling themselves ‘Economists for Brexit’, who now call themselves ‘Economists for Free Trade’. Their best known member is Professor Patrick Minford , who previously voiced support for the ‘poll tax’ – a flat rate charge to pay for council services in England – which indirectly led to the fall of Margaret Thatcher.

This group argues for world trade with fewer barriers and less regulation. In this, their aim includes the Common Agricultural Policy. Abolition of the CAP and importing more of our food would cut UK food costs by 20% they argue. They also expect it to cut house prices, by making agricultural land cheaper and more attractive for house building.

These economists, like Rees-Mogg, regard Brexit as part of a long-term project to reform the economy. They explain: “The post-Brexit business environment will enforce new competition on farming and manufacturing but the new lower post-Brexit exchange rate, ushered in by markets to deal with the Brexit regime change, provides a positive counter-balance that could last for a decade and possibly longer - the time needed for Brexit policies to be seen to succeed. This is a good thing and provides time in which these sectors can raise productivity - aided by less regulation and lower input prices.”

Next to all these major questions swirling around Brexit is the impact on the politics of Northern Ireland and on the Good Friday Agreement (GFA). Many prominent Brexit supporters are in favour of scrapping, or reforming, the GFA.

Brexiteer Michael Gove previously argued that the GFA was the wrong approach and that a military victory could have been achieved if there had been greater commitment by the UK government.

DUP MP Sammy Wilson, plus Labour MP and Brexiteer Kate Hoey are also among those to have either questioned the future of the GFA or called for its reform.

There is an ideological alignment between Brexit and calls for reform of the GFA which has major implications for Northern Ireland.

For all the questions around leaving the EU, it should be remembered that a foundation of the pro-Brexit argument was to “Take control of our borders”.

I have yet to hear an explanation of how that demand is consistent with keeping open the Irish land and sea borders.