Why is it so hard to agree the number of interfaces? 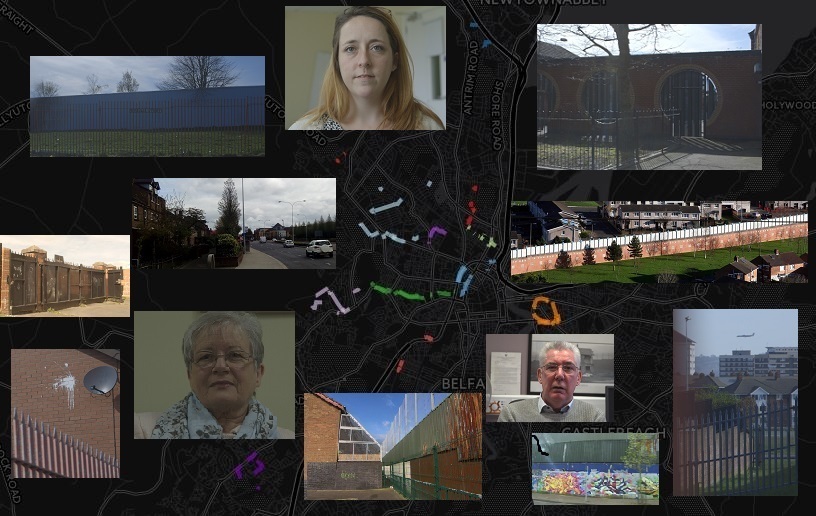 FROM day one the T:BUC commitment to remove all interface barriers by 2023 has faced a major barrier of its own.

When it was launched those behind the plan did not know a definitive number of how many interfaces there were. Now it seems, nearly four years later, they still haven’t agreed on a set position and have instead settled on those structures controlled by the Department of Justice (DOJ) and Housing Executive (NIHE).

Part of the problem lies in difficulties defining what exactly constitutes a barrier. The mind’s eye creates images of Berlin wall style divides. However the actual picture is more complicated and subtle. 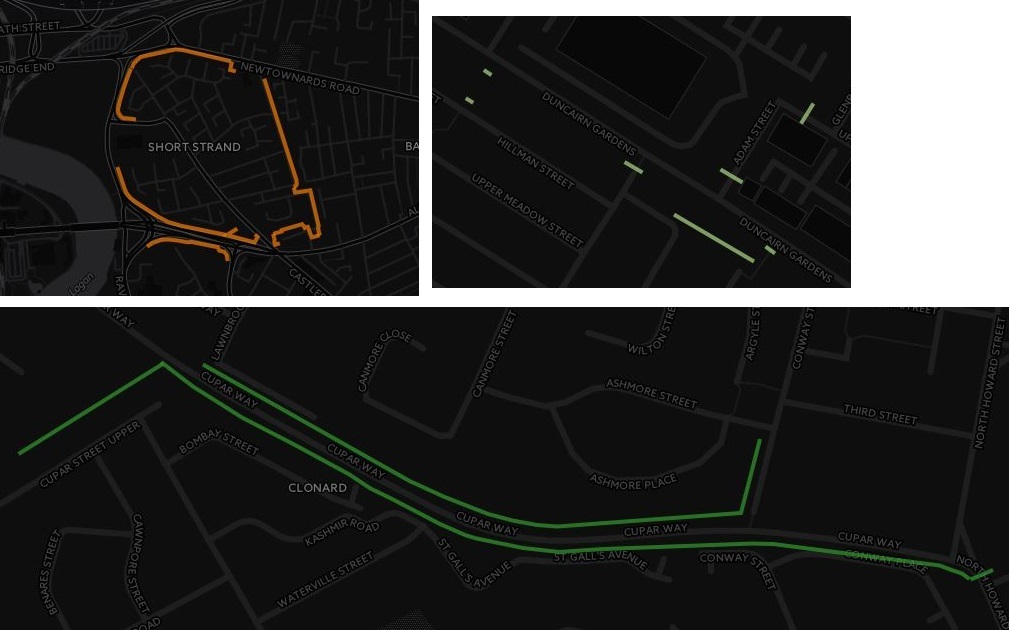 According to Joe O’Donnell of the Belfast Interface Project, there are three main categories of interface.

“There is the split interface where there is generally a wall, a barrier, a marker or a road running cheek by jowl in very close proximity to different communities." An example of this is Shankill-Falls which features large walls and gates dividing the catholic Falls area from the protestant Shankill area in West Belfast.

“Thirdly there is what we would describe as a buffer interface which is where there is a different or mixed community in between two of the main cultural identity communities acting as a buffer between them.” An example of this is Duncairn Gardens where a series of barriers including walls and gates divide the catholic New Lodge from the protestant Tiger’s Bay. Residents of both areas have pedestrian access to Duncairn Gardens, a long avenue which links North Queen Street with the Antrim Road in north Belfast.

The longest fence, at Alliance Avenue in north Belfast runs for some 679metres.

In total, BIP estimates that walls and fences cover some 11,528metres.

However, many of the barriers are much more subtle with suggestions that some could simply be reclassified rather than removed. 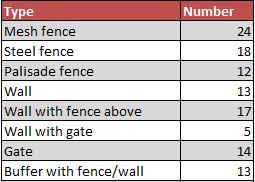 These include areas where streets that were originally cul-de-saced to prevent trouble between two communities but are now unlikely to ever be reopened due to external factors such as major road development. This can be seen in the vicinity of Boucher Road and North Queen Street in Belfast.

Another example that could potentially see reclassification is on Belfast’s Upper Springfield Road where a barrier now forms the boundary fence of the new Belfast Met campus.

According to Jennifer Hawthorne of the Housing Executive, although there is scope for reclassification in such areas, this cannot be used as an easy way of meeting the 2023 target.

Interface or road safety measure? A stretch of the Short Strand barrier on the Albertbridge Road.

“One of those would include the Albertbridge Road. So what you have there is a six lane road and houses immediately adjacent to it with shrubbery, trees in very large planters, which are deemed by the BIP report as being an interface because it does separate catholic Short Strand from the other area. But the reality is you can’t take that down because then you would have houses looking down on to a dual carriageway.

“So it is called defensive architecture but is it a peace wall? I would say no.

“So reclassification is an important element of the process – but that can’t and will not be used by civil and public servants just to erase out a barrier – because it has to be a justifiable reclassification."

According to Jennifer Hawthorne: “There is more of a churn at an interface – particularly if there is an incident. But most of the areas are stabilised.

“They would be harder to let, there is no doubt about that. But because social housing demand is so high, we have 40,000 people on our waiting list and the vacant properties make up just 0.5% of the housing stock, so we don’t have a void problem. So yes they aren’t as popular – but would interface areas be where our void properties would have been? Yes they would.

“Say we are allocating on 200 points, you are likely to go further down the list because people would refuse it but the house still gets filled.”

To read about the revising down of the removal target, click here.

To view all the data used in this project click here.