Will 2016 be a defining year for unionism and republicanism? 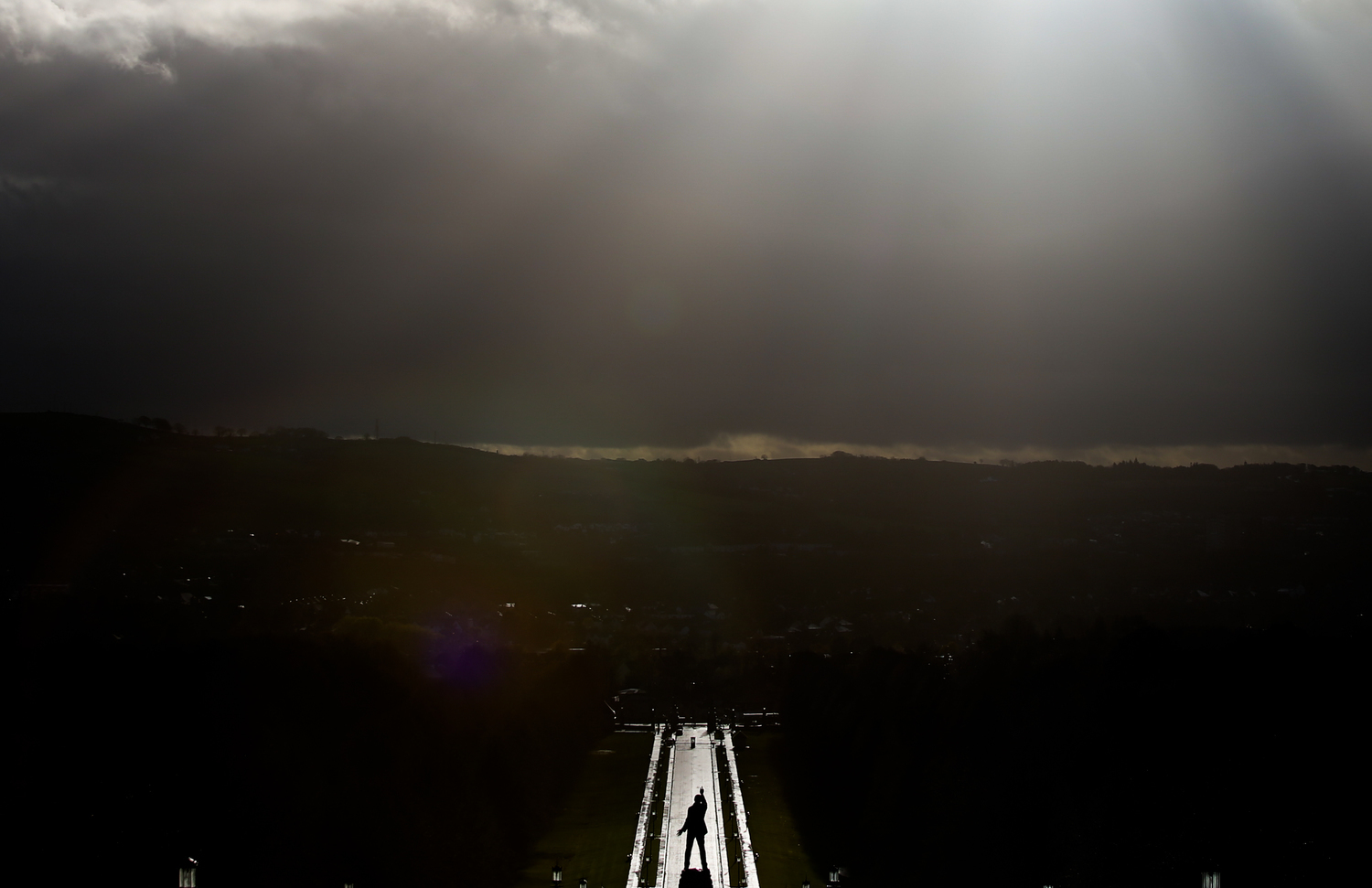 THE approaching centenaries of the Easter Rising and the Battle of the Somme have seen the new year open with a focus on the past.

But 2016 could be a pivotal year in deciding the political future.

The DUP and Sinn Féin are entering periods that could define their trajectories for the rest of this decade.

And while there will be important political tests at the Assembly, some of the most influential factors fall outside the control of the Stormont bubble.

Following Peter Robinson’s carefully choreographed exit from office and the confirmation that Nigel Dodds wouldn’t succeed him, it has fallen to Arlene Foster to lead the DUP into a new era.

She faces a tricky Assembly election in May, at a time when smaller unionist parties are nipping at the DUP’s heels.

There is an acceptance that the DUP will struggle to hold on to its current impressive tally of 38 seats, though she will need a strong performance to settle party nerves.

But the more interesting challenges will come after polling day.

Mrs Foster has pledged to deliver better government, but she can only do it by horse-trading with Sinn Féin, which is something the DUP has previously avoided as often as possible.

She inherits the kitchen cabinet of advisers that Peter Robinson left behind, the core of which has been in place since the days of Ian Paisley's leadership.

Will she seek to freshen her backroom team in the Office of First Minister and deputy First Minister, as Sinn Féin has in the past?

Beyond Stormont, there is the question of how the DUP will respond to population change in Northern Ireland and the decline in the unionist majority.

And beyond Northern Ireland, how will unionists plan for a future where the growth of the SNP is changing the face of politics in Britain, while the growth of Sinn Féin in the Irish Republic could affect politics on this island?

There is no reason why unionism cannot respond imaginatively to these pressures, but over recent years the DUP has avoided strategic moves that might discomfort its support base.

In 2013 Peter Robinson warned his party that: “Demographic changes and social change mean that we need to build bigger and broader coalitions.” By his final party conference speech in November 2015 his more reassuring message was that “the state of our party is sound, our province is safe and the union is secure”.

The DUP is in a strong position, but will its new leadership decide to be proactive in defending unionism, or conclude that it’s wiser to dig-in and react to developments as they unfold?

Republicans at Stormont have fulfilled their chief aim of ‘keeping the show on the road’.

By ensuring the Assembly stayed afloat with the cooperation of the DUP, Sinn Féin believes it has maintained the forward movement – however slow - of the evolving peace process.

Sinn Féin has tried to perform an intriguing balancing act: building sufficient stability into the political institutions, while keeping alive the aim of unsettling the constitutional status quo.

But as it pursues its longterm constitutional aims, the party will also want to show it can make Stormont deliver in a more substantial way for its voters, especially since higher levels of poverty and weaker infrastructure remain an issue in many predominantly nationalist areas.

Sinn Féin’s wider agenda, however, is very firmly focused on politics on the southern side of the border where it faces a crucial test.

The 2007 Dáil election remains a cautionary tale for Sinn Féin, when expected gains turned in to a loss after it was squeezed out of the contest and saw its toe-hold of five TDs fall to four.

But a decade is a long time in politics.

The imminent Dáil election presents Sinn Féin with the prospect of increasing substantially on its 2011 breakthrough when it took 14 seats.

Predictions suggest it could get above the 20 seat mark and may double its 2011 tally.

If the election delivers a Fine Gael/Fianna Fáil coalition - which is being discussed because it might make numerical sense, but which would be a lot more difficult to deliver politically - Sinn Féin could be handed the mantle of being the main opposition party.

Such a development would require a perfect storm for Sinn Féin, but whatever the shape of the next government, the party is expected to cement its 2011 advances.

Achieving that could influence political relations on the island for years to come.

Gerry Adams and Martin McGuinness could then plan to leave frontline politics with their party in a near permanent government position in the north, as well as being well positioned for a future chance of power in the south.

While that scenario still leaves republicans facing huge challenges, it represents much more favourable terms than the Adams/McGuinness leadership faced ten years ago, when there was no power-sharing deal at Stormont and no obvious future in the Dáil.

Today the DUP and Sinn Féin are under pressure to bolster their positions into the years ahead, while other factors could begin to lean-in on politics as this decade progresses.

It’s possible we could look back on 2016 as a pivotal year.