With MPs set to examine new legacy proposals for Northern Ireland, we hear a Palestinian perspective 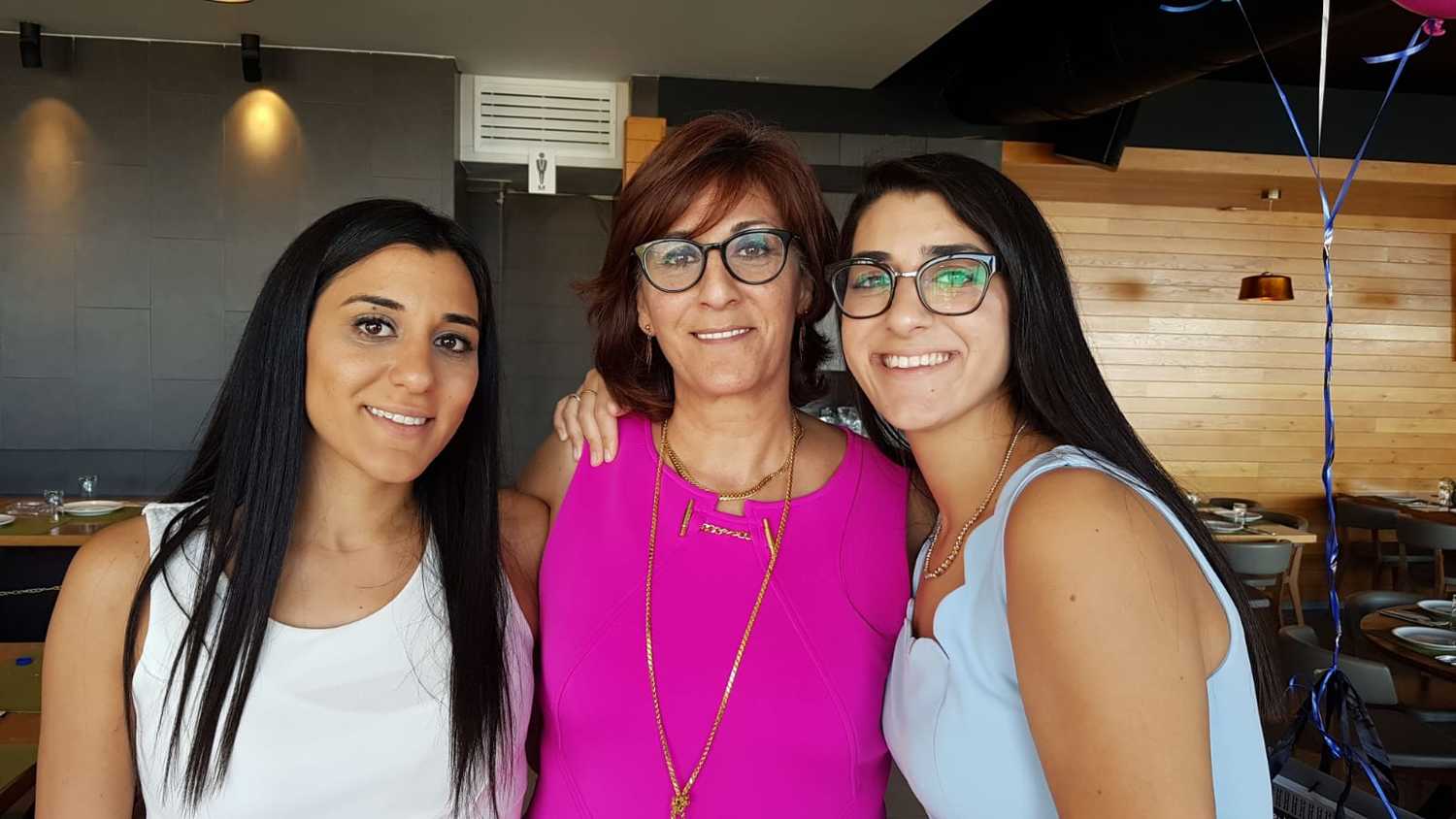 Yasmin Ayyad (far right) is a journalism graduate from Birzeit University in the West Bank. She is pictured here alongside her sister and mother.

JUST as the UK was getting to grips with COVID-19, the British Government released a new plan for dealing with the legacy of the Troubles.

Under this March 2020 legacy proposal, many historic unsolved killings would not be investigated. The government said only cases with “new compelling evidence and a realistic prospect of a prosecution" would lead to full investigations.

Some have criticised the move, feeling it doesn’t honour the commitments of the 2014 Stormont House Agreement and that it’s not compliant with human rights legislation.

Grainne Teggart, Amnesty International's Northern Ireland campaign manager, said: “The UK Government’s latest proposals on how it will deal with the legacy of the conflict in Northern Ireland are simply not compatible with the European Convention on Human Rights."

Meanwhile, others welcome the proposals, on the basis that they perceive legacy issues to be weighted against the state and its forces, and too lenient on the actions of some paramilitary groups.

When former Secretary of State, Julian Smith, was sacked from his post, the rumoured reason was his commitment to implementing the legacy mechanisms agreed in the Stormont House Agreement, via the New Decade, New Approach deal.

But this commitment could be superseded if the most recent proposals regarding legacy investigations, set out by Mr Smith's successor Brandon Lewis, come to fruition.

However, Westminster’s Northern Ireland Affairs Committee chairperson, Simon Hoare, has said his committee will be looking into Mr Lewis’ proposals and will “ensure that forthcoming legislation is balanced, fair and appropriate”.

Kieran McEvoy is a law professor at Queen’s University Belfast. He previously told The Detail about his frustration that the Stormont House Agreement has not been fully implemented, adding that the British Government “have been dragging their feet”.

Margaret Urwin from Justice for the Forgotten, a group representing victims in the Republic of Ireland, similarly, told us that the British Government has “dragged its heels over legacy”.

However, Kenny Donaldson from the South East Fermanagh Foundation (SEFF) which according to its website, represents 'innocent victims of terrorism', lays blame elsewhere.

He said: “The Belfast Agreement of 1998 ignored the issue of the victims and their rights. Now, 20 years down the line we are still dealing with it and are trying to come up with a fair strategy to deal with them.”

These types of issues aren’t new to me and people from my homeland of Palestine. My country’s conflict shares many similarities with the Troubles.

My family experienced a lot of trauma, like most Palestinian families, starting with what's known as the Nakba in 1948, the first war between the Palestinians and Jewish groups, when many Palestinians had to flee their homes from what is known today as West Jerusalem.

They had to escape from the threats posed by extremist Jewish terrorist groups, like Haganah, leaving all their belongings and walking for hours with their children to the nearby city of Bethlehem.

Other families escaped to neighbouring countries like Jordan and Lebanon. My family was among the lucky ones who returned to Jerusalem a couple of months later. However, they only made it as far as East Jerusalem, not West Jerusalem, and they settled in the Old City.

Suddenly, they became refugees in their own country. Others are still dreaming of returning and they remain outside of Palestine.

Just like people in Northern Ireland, my family had to survive with long phases of violence with curfews, demonstrations, night arrests and imprisonments, culminating with the First Intifada in 1987.

My parents were arrested several times and were kept in Israeli prisons as they were accused of being involved in the Palestinian Liberation Organisation (PLO), which was then outlawed by Israel. Both were imprisoned several times, for different periods ranging from days to years.

My mother fell really ill with liver problems during one of her stays in jail. Personal interventions of international figures like Danielle Mitterrand, the wife of the former French President, and former American President, Jimmy Carter, were important in saving her life.

Still to this day, my family faces many problems because of the prolonged Israeli occupation.

In 2002, one part of the Israeli wall was built in my home village of Abu Dis, two kilometres from the Old City of Jerusalem. My father could no longer stay with us in our home due to him having a different colour of ID card.

My sister and I have to commute through checkpoints to reach my mother on one side and my father, and his family, on the other.

Comparisons can be made between the events of my family’s life and those which many nationalists experienced during the Troubles.

Mistrust between Israelis and Palestinians continues to persist today, as it does between some Protestants and Catholics in Northern Ireland.

The hugely different interpretations of who is to blame for the Troubles continues to cause serious difficulties in Northern Ireland today and it plagues the progression of society.

Despite this, in another part of the world, people from Palestine can only look on with envy that there seems to be at least some political pressure to adequately deal with the legacy of Northern Ireland’s past.

At home, the Israeli military law enforcement system is oriented towards low-ranking soldiers only, while senior military and government officials are absolved of responsibility.

It’s only through human rights organisations or lawyers acting on their behalf that Palestinian voices can be heard on conflict issues but even so, the legal processes are lengthy – an experience shared by campaigners in Northern Ireland.

Palestine sought for accountability at an international level, mainly at the International Criminal Court (ICC). This was facilitated after the UN General Assembly voted to admit Palestine as a ‘non-member observer state’ in November 2012.

By 2015, Palestine joined the Rome Statute and a few months later, several human rights organisations filed a complaint regarding two issues; the 51 days of war on Gaza in 2014 and the Israeli settlement activities.

After five years of preliminary study of the cases submitted, Fatou Bensouda, the chief prosecutor of the International Criminal Court (ICC), surprised the world in December 2019 with her announcement that there is a legal basis to probe Israel and Palestinian groups over war crimes in the West Bank (including East Jerusalem) and the Gaza Strip, and that her office was ready to investigate these matters.

While many Palestinians were happy with this news, many Israelis were not.

Israeli Prime Minister, Benjamin Netanyahu, said the ICC was “basically on a full-frontal attack on the democracies, both on the democracies’ right to defend them, and on Israel’s right, the Jewish people’s right, to live in their ancestral homeland”.

When there are such major differences in how neighbouring peoples interpret the root causes of civil conflict, whether in Jerusalem or Belfast or elsewhere, moving forward is always going to be difficult, but surely the simple test for humanity is to push for accountability for victims.