“You should be coming together, instead Brexit seems to divide” 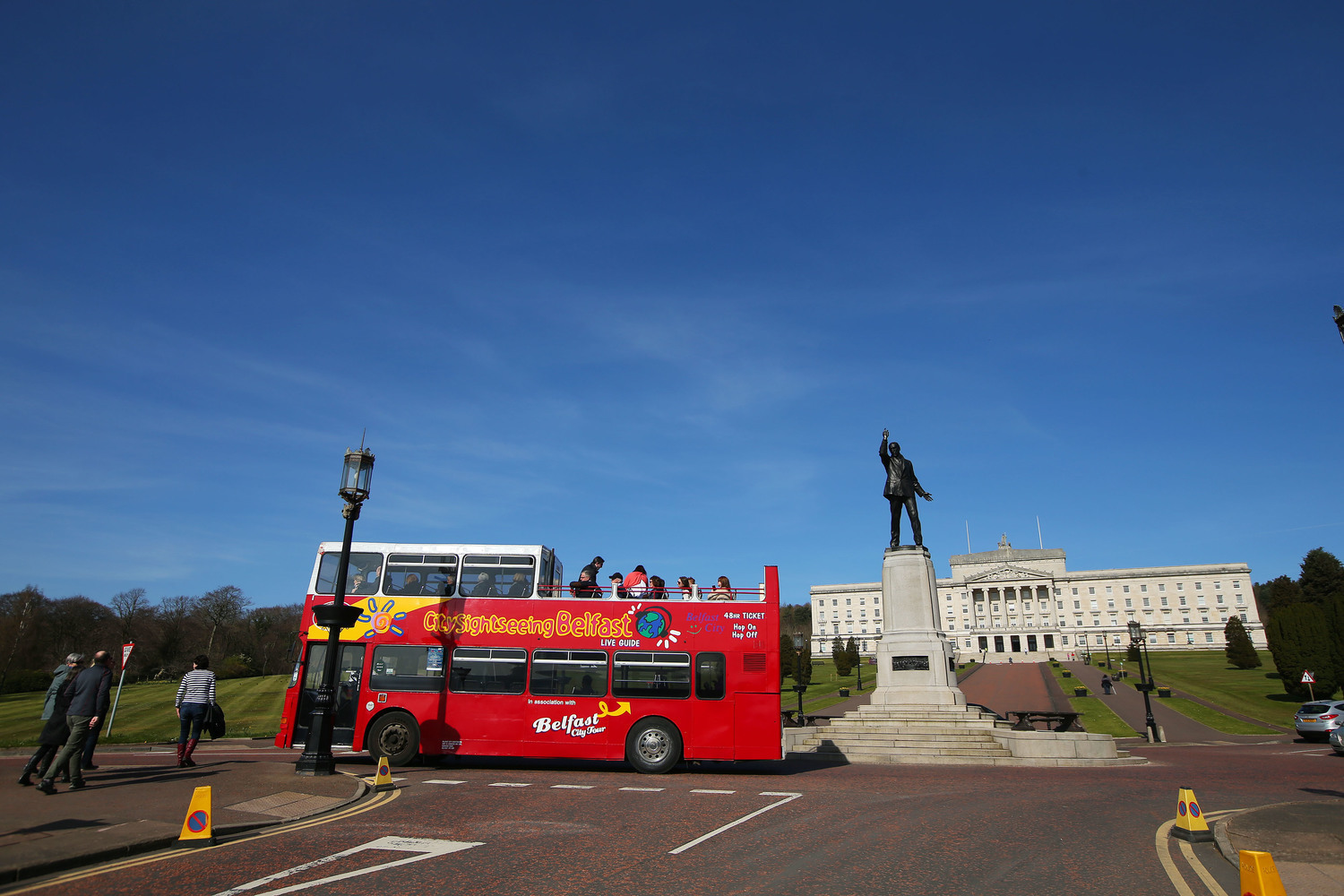 TWENTY years after the signing of the Good Friday agreement the UK government has yet to deal with the legacy of the conflict. Christine Carrigan met tourists as they learned about the Troubles and discussed their response to the emerging pressures of Brexit.

BOARDING the sightseeing bus tour in Belfast city centre, French and German accents blended into one as travellers scurried to secure a seat.

As the bus took off, the guide’s voice boomed through the double-decker, rattling through history as the tourists watched it roll past their windows: the Titanic Quarter, the Stormont Parliament, the murals of the lower Falls Road, the flags decking the Shankill Road in red, white and blue. The visitors were viewing a city transformed, but one where the past lies close to the surface.

During the decades of conflict over 3,500 people were killed, an estimated 200,000 were bereaved, while a similar number were traumatised by violence. A further 50,000 were injured, with many of those enduring continuing agony.

In May, shortly after the 20th anniversary of the signing of the Belfast/Good Friday peace agreement, the UK government launched a consultation on structures to deal with the legacy of the Troubles. The proposed network of organisations to investigate the past, to unearth new information and meet the needs of victims, is widely viewed as a less ambitious version of the holistic approach recommended in the ground-breaking Eames-Bradley report of 2009.

But the consultation comes amid fresh political divisions between nationalist and unionist parties over Brexit.

Noah from Zurich was digesting what he was hearing of the Troubles. Was the violence in the past, he wondered? Other passengers recounted news reports of a recent shooting.

“I don’t really know what to make of it. It is all very confusing,” he said.

“So much has gone on here. It seems like now you should be coming together and instead Brexit seems to divide that more.

“I don’t know what the future will hold, or how you will make Brexit work, but at least you have all stopped fighting.”

The bus drove past an interface area in east Belfast, with high fencing and protective metal grills on the windows of homes.

A woman from the Republic of Ireland said government should act to ensure tensions over the border don’t spark more serious violence.

“If they don’t come up with a plan soon, there could be another push for a vote to unite Ireland. I have no idea if that would be a good or bad thing, but I hope it won’t involve violence if it is proposed.

“It causes me great worry to think about what might happen with the Irish border. It seems like the government doesn’t care. If they did care they would have taken things like the Irish border into consideration before Brexit and had a plan for it. But they seem just as confused about the future as we are.

“It is worrying because right now it feels like the border will be used as a test pilot, to see ‘how things go’. The decision on the border will affect thousands of people from both sides, so the right one has to be made.”

The bus jerked to a halt outside the towering Stormont Parliament. Its debating chamber still lies vacant after the collapse of the power-sharing government in January 2017.

The fall of government followed long standing disputes over issues ranging from welfare cuts to same-sex marriage and abortion. The Renewable Heat Incentive scheme, known as the ‘cash-for-ash’ scandal, turned up the political temperature. A cut to an Irish language scheme was the final straw, tipping relations between the unionist and nationalist leaders into crisis.

But a man on holiday from South Africa, where another peace process faces severe social and political pressures, saw reason for hope: “Brexit doesn’t really affect me because I would have to get a visa to come over here anyway, but I would say to remain optimistic. Good change can come from conflict.”

As the bus trundled along through narrow streets, it passed towering peace walls, but also more subtle divisions marking out the transition from nationalist to unionist areas and back again.

During the EU referendum, Northern Ireland’s political divisions came to the fore. A majority, 56%, voted in favour of remaining in the European Union. Nationalist districts were much more likely to vote remain and unionist constituencies more likely to vote to leave.

The EU and the UK have pledged to take into account the complexities of the Irish border, but Northern Ireland’s future remains unclear.

At the end of the bus tour, Brandon from California said: “Personally, I think exiting the EU was a silly idea in the first place. Why would anyone want to break away from a Union like that?

“Community is becoming global. We should be promoting free movement, not putting up new blockades.

“It worries me, because I love travelling Ireland, but I don’t know what the border could mean for me in the future. Will it be harder for me to get from Dublin to Belfast? As for you guys in Ireland, good luck with working it out.”