‘A culture of fear and secrecy.’ How paramilitary-linked illegal lenders are exploiting the cost of living crisis 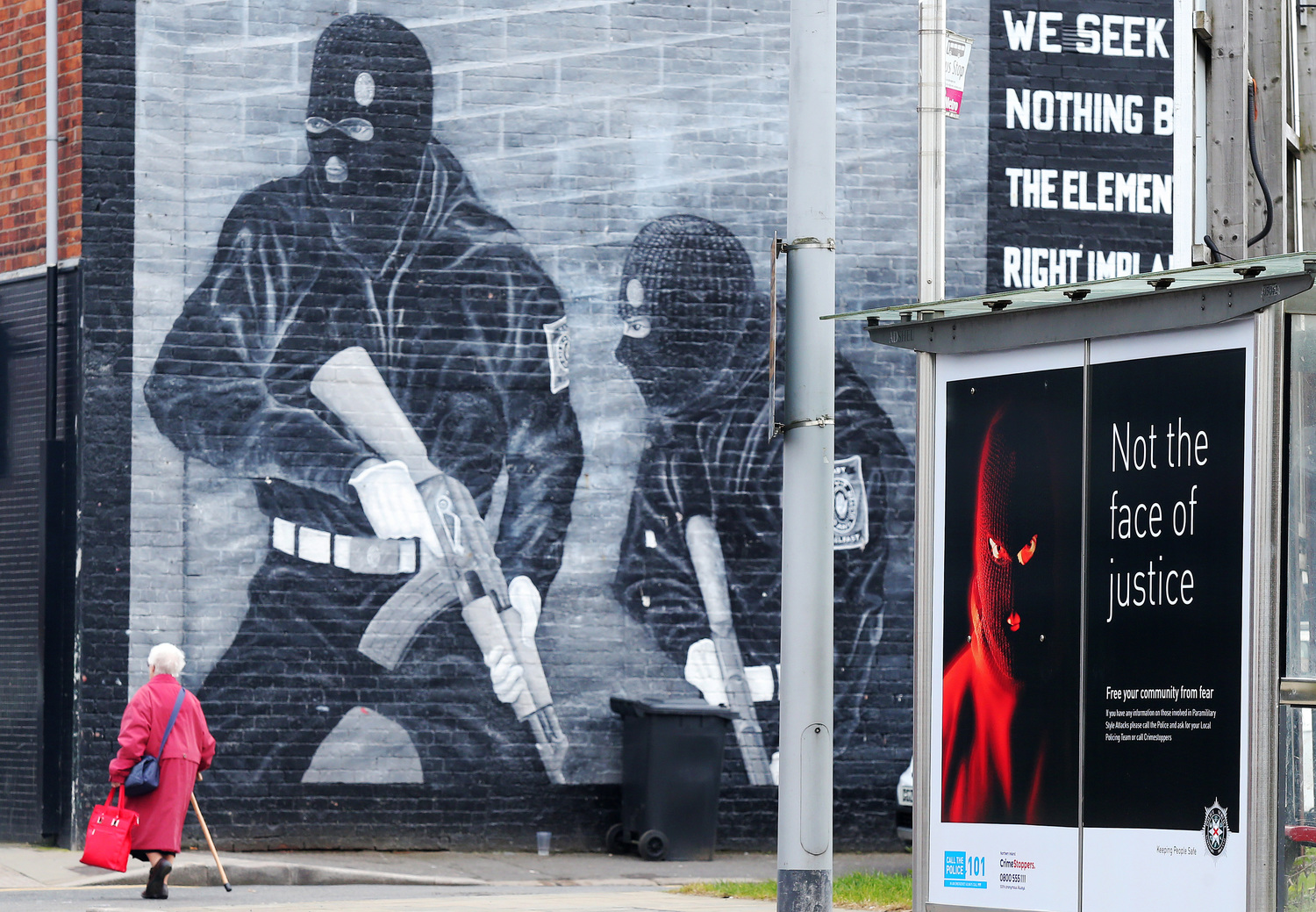 WHEN one family in east Belfast needed money to replace a broken freezer, they turned to the only people they thought could help - loan sharks linked to loyalist paramilitaries.

But when they could not pay back the money - around £300 borrowed at a high rate of interest - the illegal lenders began putting them under severe pressure.

In desperation, the family turned to East Belfast Mission (EBM) for help.

Rev Brian Anderson, from EBM, told The Detail the “possible ending could have been much, much worse than beyond money”.

He helped the family and another in the same position.

Rev Anderson said the families “went to loan sharks which were a mask for some paramilitary groups in east Belfast... because at that point they just didn’t see an alternative".

He said the Police Service of Northern Ireland (PSNI) told him that if the money had not been paid back then “it would have ended up with them being asked to do activities which would have been of a criminal nature” in order to pay the money.

“They just made a bad choice. They needed £200 or £300 to very quickly replace, in one instance, a freezer,” Rev Anderson said.

He added: “We spoke to an intermediary who helped us sort it out. With the intermediary’s help we got together a package and it was solved.”

And in some areas, people are turning to illegal lenders to pay for essential goods.

Both republican and loyalist groups are thought to be engaged in money-lending operations.

The PSNI has previously said the groups include "most if not all", of the gangs being investigated by Northern Ireland's paramilitary crime task force - the UDA, the UVF and the INLA.

Some people who have not been able to repay loans have been forced into transporting drugs, or prostitution.

Convictions for illegal lending are rare, but in May, a 46-year-old man was jailed for the crime and other offences.

The PSNI said the lending came to light during an investigation into suspected criminality linked to the west Belfast Ulster Defence Association (UDA).

Last year, Ending the Harm, an advertising campaign run by the Northern Ireland Executive, warned that entire streets are in debt to paramilitary gangs.

Several experts have told The Detail that the cost of living crisis has only made the problem worse.

“In general terms, the pressure people are under and families are under - generally it’s not a huge amount of money that people need but if the money’s not in the bank to replace a freezer they have to make a choice,” Rev Anderson said.

The Detail spoke to several people who had borrowed from illegal lenders but they were too afraid to speak out, even anonymously.

According to the latest figures from debt charity Christians Against Poverty (CAP), 1.47% of their clients in Northern Ireland admitted to using a loan shark or paramilitary lender, while a further 1.47% said they had borrowed from “someone in my neighbourhood” - thought to be a euphemism for an illegal lender.

However, the real scale of illegal lending is thought to be much higher. 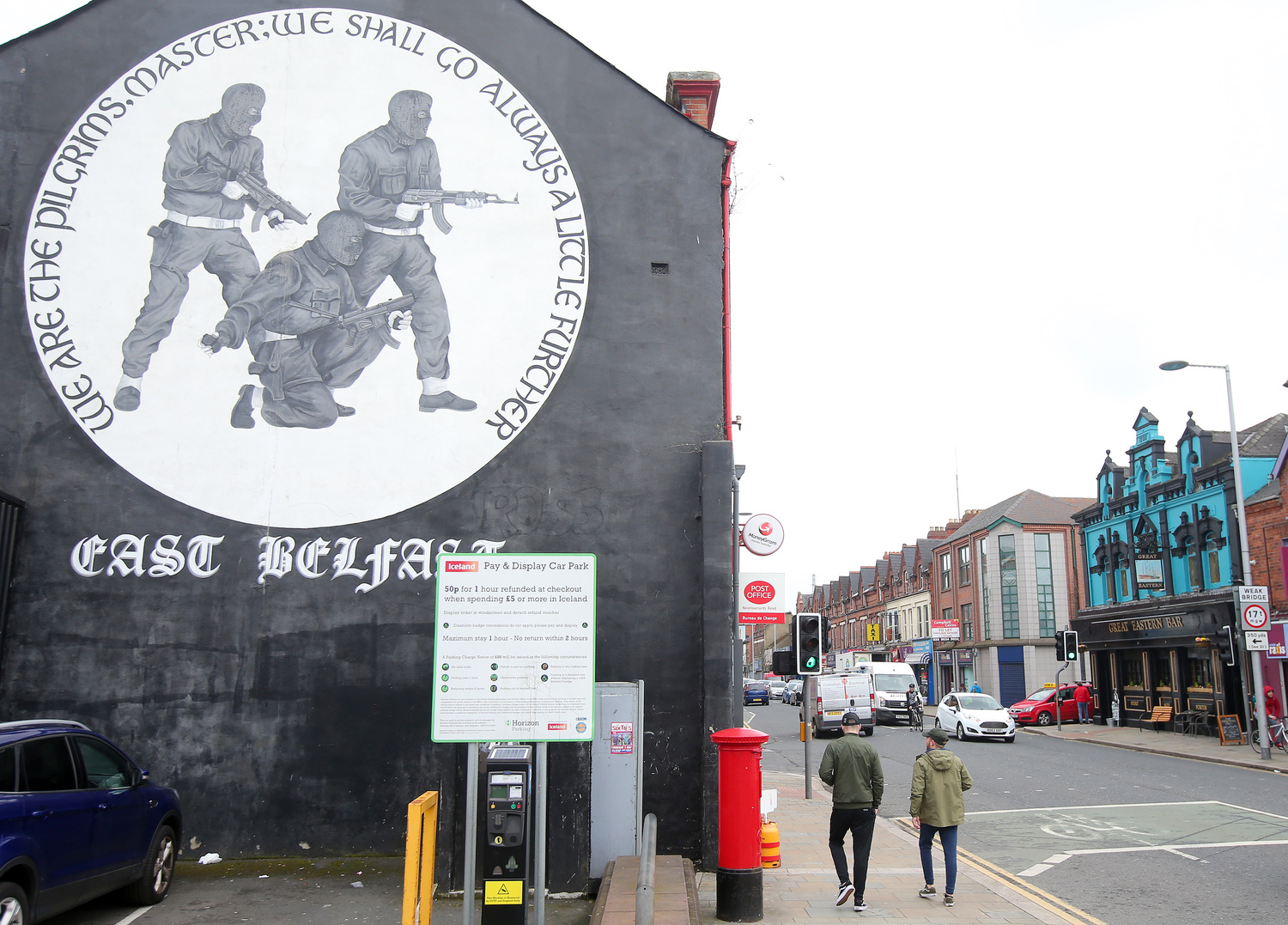 'A culture of fear and secrecy’

Siobhán Harding from the Women’s Support Network has carried out extensive research on the impact of debt on women.

She said it is difficult to know exactly how many people are using illegal lenders, who mainly operate in cities and large towns, because the practice “operates in a culture of fear and secrecy” and borrowers are afraid to speak out.

“It’s very underground. I know it’s much more prevalent than what I’m being told,” she said.

As part of research for her Women Living with Debt report, Ms Harding spoke to groups across Northern Ireland, including in Belfast, Derry and Craigavon.

One woman, a single parent in receipt of disability benefits who is quoted in the report, said she initially borrowed £300 off a paramilitary lender and “once it was paid off I kept borrowing off them”.

Ms Harding said none of the women she spoke to wanted to borrow money from a lender linked to paramilitaries.

Some women mentioned in Ms Harding's research paid between £50 to £65 in interest for every £100 they borrowed from a doorstep lender.

“The illegal lender, who in that case was a paramilitary, was offering £40 in every £100,” she said.

Ms Harding said some people felt a degree of loyalty to paramilitary lenders.

“Some of the women were saying ‘oh if you don’t pay, something will happen to your house or you’,” she said.

“One of the women had borrowed through paramilitaries and said ‘no they wouldn’t do that’... She said if she has difficulties repaying she says ‘I can’t pay you this week, come back next week’.”

She said when that woman needed £1,000 for essentials, the paramilitary lenders “were round that night with the money”.

Ms Harding said the women she spoke to as part of her research were on low incomes and had been priced out of cheaper forms of lending.

“I would be very, very fearful of what happens now with this cost of living crisis that access to cheaper forms of credit, for some of these women feels so far removed,” she said.

Ms Harding said while the Ending the Harm campaign was needed, illegal lending is inextricably linked to years of government austerity and the cost of living crisis.

“The answer to cutting off things like paramilitary lending is to cut off their oxygen supply,” she said.

“Don’t have people living on such low incomes that they have nowhere else to go… Let people have enough money to afford the basics.” 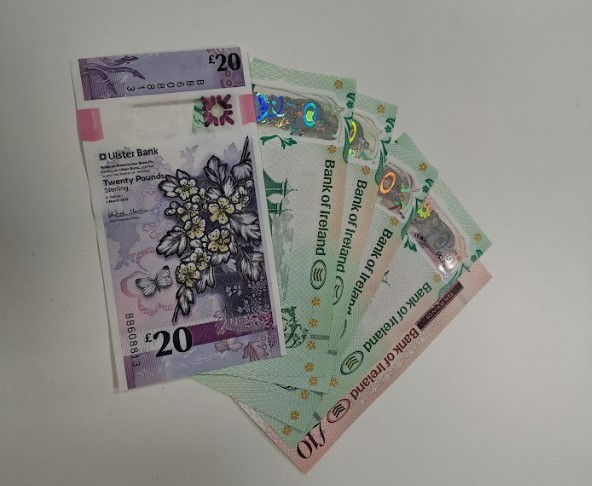 Some people are borrowing from illegal lenders to pay off legal debts. Photo by Claire Simpson, The Detail

Borrowing to pay off debt

Dr Brian Payne, a senior lecturer in criminology in Ulster University, has carried out extensive research for the Consumer Council on illegal lending.

He said paramilitary groups either run illegal lending operations themselves or get a cut from lenders working in their community.

Dr Payne said people “are borrowing in order to pay off the debt that they have” and often turn to illegal lenders to help them repay legal loans.

“Then they’re in debt to illegitimate lenders but they also might have a range of legitimate debts as well,” he said.

“They’re then almost choosing which debt has the least consequences for them in terms of defaulting.”

“Our research suggests that the people who are doing the lending have a relationship with the paramilitary groups at the very least,” he said.

“It wouldn’t be tolerated having freelancers there unless there’s some connection, some tax being paid to the paramilitary groups.

“So the paramilitary groups will be aware of any illegal lending which is happening in their local communities and they will be sanctioning it. Quite often they will be getting their cut.

He said high street bank closures and the tightening up of rules around legal lending are contributing to the issue.

“It (the research) threw up this consistent narrative that limited access to legitimate forms of finance seemed to be sending people to the clutches of more illegitimate lenders,” he said.

Paul Livingstone from CAP said recent polling from YouGov found that around a fifth of adults in Northern Ireland have reported that they are already struggling with rising costs.

A further 37% said they will struggle if costs rise further.

Mr Livingstone said 93% of CAP clients have no savings to fall back on.

“What do those people do? Do they start to pay bills on credit? What are your other options if cutting down isn’t enough?” he said.

“The general message is the same. Look at your budget and be realistic. See if there are things that you can cut out or cut back. But the reality is that for some people doing that there is going to be a shortfall.

“This is always a concern but at a time when the cost of living is high, paramilitary lending is a very real threat to many communities,” he said.

“The Programme’s campaign alone will not solve the problem but it can help us to better understand the scale and nature of the problem, raise awareness and provide clear signposting to practical advice and support to those who may be or have been exploited or harmed.”

A spokesman for the Department for Communities said it has worked to help people on benefits, including providing discretionary support payments.

He said that, since 2019, the Debt Advice Service funded by the department has helped around 14,267 people struggling with debts of approximately £139 million.

He added that the department had helped develop the Ending the Harm campaign.

“The department works closely with the cross-Executive Tackling Paramilitarism Programme,” he said.