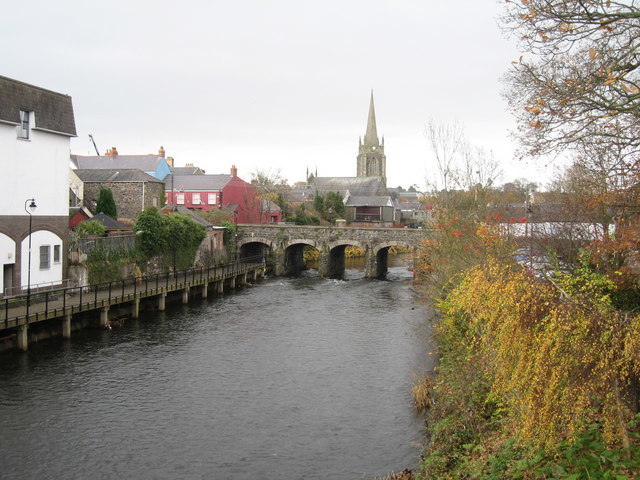 DESPITE excellent access to the rail, road and air links that help give residents of Antrim & Newtownabbey an edge in terms of employment opportunities, school children in the area appear to be struggling to make the grade in terms of educational attainment.

In 2013/14, just 54% of Year 12 students attending schools in the area obtained five or more A*to C grades (inc English and maths) in their GCSEs. By comparison, 71.8% of their counterparts in Fermanagh & Omagh met the measure.

These figures are in some way mitigated by the fact that hundreds of children from the area are bussed into Belfast’s Grammar schools on a daily basis.

However, Seamus Davis of Springfarm & District Community Development Association believes other factors are also at play.

“This is an area of disadvantage and we work with a lot of kids who have problems with reading, writing and maths,” he said.

“There are some when they leave school they realise that they should have done better, but as far as going on to further education they just don’t have the qualifications. They end up going on the dole queue.”

To tackle these problems Seamus believes a multi-faceted approach is required.

“The main thing what we are here for is to improve people’s quality of life. The things we would be involved in include youth activities, mothers and toddlers, taking kids away on trips and signposting for people in the area who are maybe finding it difficult to deal with their finances. We direct them towards the likes of the Citizens Advice Bureau.

“We do gardening as well. Some of the kids rear chicks – that is something that they love.”

With the new council taking power on April 1, Seamus admits that there are concerns about the impact the inevitable bedding-in period will have on the work of the community and voluntary sector.

“In the old system if you got in touch with your councillor they got back to you, I don’t know if we are going to lose that,” he said.

“I have had no contact really with the new council. I think it will take them two years to settle in before they start coming to work on the ground.”
See below for a detailed overview of some of the key figures from your area.

These liabilities include items such as borrowing, money owed to the council by creditors, bank overdrafts and money being set aside for specific purposes.

The current position in relation to the liabilities of the 11 new councils will not be made public until October.

Although small sections of the former Antrim Council have moved to Lisburn & Castlereagh, whilst a small section of Carrickfergus has joined Antrim & Newtownabbey, residents can expect to have debts totalling roughly £624 per resident- the fourth highest in the 11 council areas. The average across all council areas is £547.

By the same token, the new council is expected to have assets in the region of £1,160 per person, the seventh highest of the 11 councils.

These assets include facilities such as parks, leisure centres, arts centres and play parks.

This represents a difference of nearly 11%.It should be noted that house values differ considerably between the various council areas (see housing section below).

As such, our measure is based on the rate struck in each area and not the average rates bill of residents in each area.

As part of the £30million District Rates Convergence Scheme which seeks to ‘even out differences’ between the rates bills charged in legacy councils, a ratepayer, with a £150,000 home, coming to the new district from the old Newtownabbey council, will receive a subsidy of £10 this year.

The subsidy, which will be phased out over four years, will apply for 31,467 homes in the former Newtownabbey council area.

At 3.3% the new council is below the 4.6% NI average of residents on the 2014 unemployment claimant count. This means Antrim & Newtownabbey has the second lowest percentage claimant count of all 11 councils.

The claimant count is a measure of the number of persons claiming unemployment related benefit (Job Seeker's Allowance).

Latest figures released by Department of Enterprise Trade and Investment (DETI) state that the April 2015 figures show 2.7% (2,393) of working age people in the district are on the claimant count. However, Detail Data has used the 2014 annual figure, rather than the latest monthly figure, to provide a more long term picture of employment trends in each area.

At £19,355 the new district is fourth highest on the list in terms of median earnings. The figure is higher than the NI average of £18,764.

The new district is in bottom position in terms of educational attainment with just 54% of Year 12 pupils achieving five or more GCSEs (A*to C) including English and maths.
The average across all 11 districts is 64.3%.

At 16.7% the district has the sixth lowest percentage of students entitled to free school meals. The NI average is 17.8%. Free school meals are used as a measure of deprivation.

In terms of third level education, 24% of the population, one percentage point higher than the NI average has a degree or higher qualification.

According to 2009/11 life expectancy (at birth) figures, men in Antrim & Newtownabbey are expected to live to 78.4 years- the third highest of the 11 districts. Their female counterparts have a life expectancy of 81.9 years - the third lowest.

19% of residents have a long-term health problem or disability that limits their daily activities.

The district has an acute hospital (Antrim).

Data obtained from the Housing Executive’s District Housing Plans for 2014/15 suggests that 1,517 people out of the 139,536 (1.09%) residents in the new district are deemed to be in housing stress.

This is the fifth lowest of the 11 council areas. Housing stress is a term which highlights urgent need for social housing.

According to the Department of Finance and Personnel, there are currently 889 empty houses in the district – 1.55% of the total housing stock housing stock. This is the smallest percentage of any of the 11 council areas.

According to the Department for Social Development, empty homes cause “blight, property deterioration, anti-social behaviour and vandalism”.

The council area is home to Belfast International Airport.

The M2 runs through the district, whilst there are also dual carriageways between Antrim-Ballymena, Newtownabbey-Carrickfergus as well as the newly upgraded A8 between Newtownabbey and Larne.

The Larne and Derry train lines pass through the district.