Brexit: Three years on and still no certainty 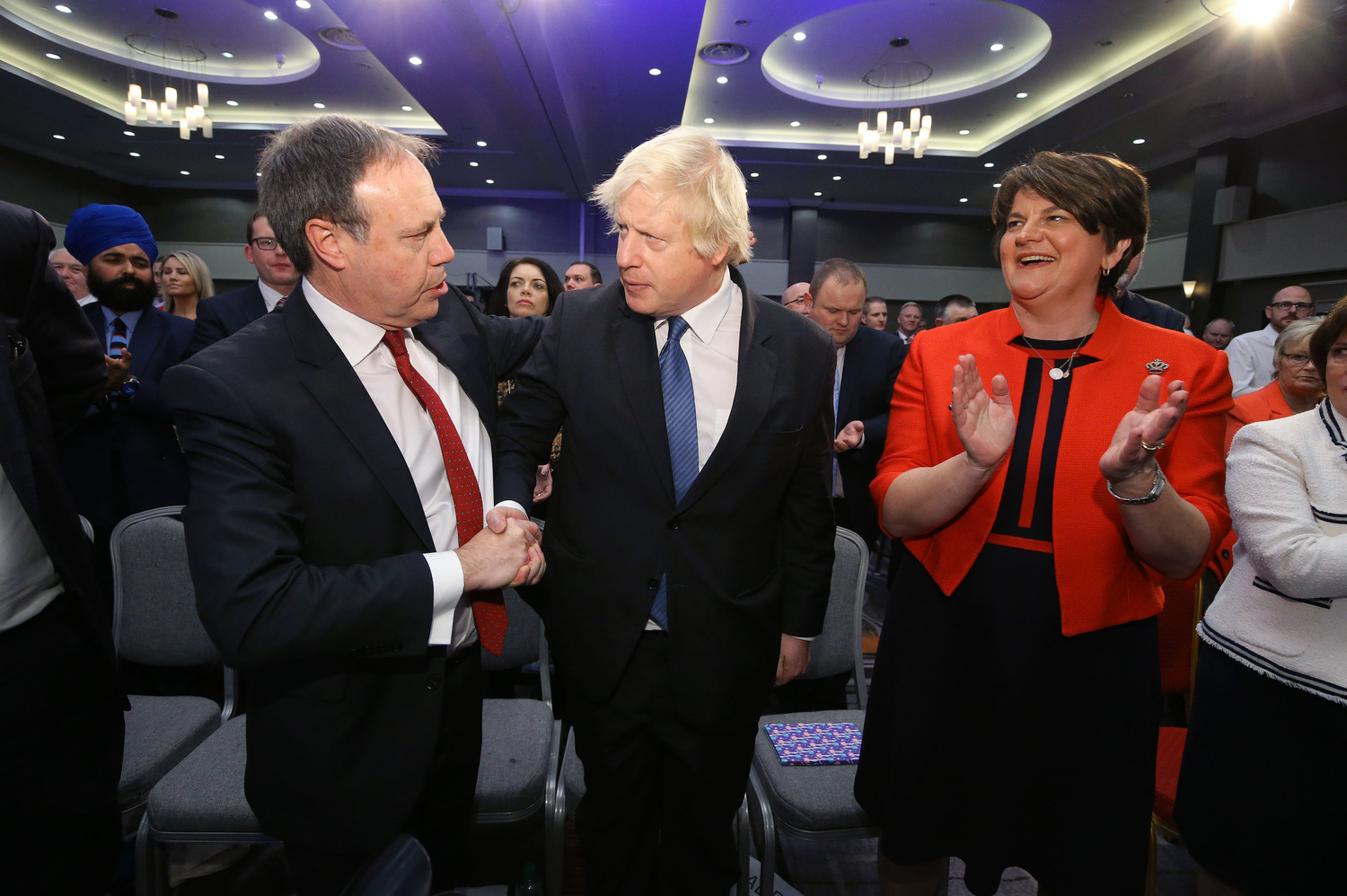 THREE years ago this week the UK voted to leave the European Union. Exactly what that meant was unclear at the time – and still is. Theresa May’s slogan in place of explanation – ‘Brexit means Brexit’ – will surely go down in the history books as one of the most trite and least helpful comments in modern politics.

Ever since the result, Brexit has generated uncertainty – especially for us in Northern Ireland. Is it possible that the UK will remain in the Single Market and Customs Union and so retain the open border with the Republic? Will there be a Northern Ireland-only backstop – with a border in the Irish Sea? Or can the UK-wide back stop ever get through the House of Commons and so give us all a breathing space to negotiate the future trade agreement with the EU?

None of those questions has yet been answered. A few days ago it seemed as if the options had been narrowed with Theresa May’s resignation and the apparently inevitable ascendancy of Boris Johnson to prime minister. Yet Johnson’s capacity for self-destruction may have been underestimated. It is actually possible that the new prime minister could be Jeremy Hunt – aka ‘Theresa May in trousers’.

Which takes us to the still probable leadership of Boris Johnson. What Johnson believes is unclear. Judged by his words – and those of his supporters – Brexit with him as prime minister must happen at the end of October this year. The EU has repeatedly said it would not amend the Withdrawal Agreement, but is willing to change the political declaration. However, it is the Withdrawal Agreement that the House of Commons will not accept. No deal would seem likely on this basis.

Yet simply elevating Johnson to prime minister will be no solution to the House of Commons impasse. Indeed, it could make it worse. Potentially Johnson will win the loyalty of the European Research Group, which refused to back Theresa May. Instead, though, he cannot assume the loyalty of a significant group of MPs on the left of the Conservative Party. Still serving defence minister Tobias Ellwood has warned that a dozen Tories might refuse to support a Johnson government in a motion of no confidence if the country was heading for a ‘no deal’ Brexit outcome. Even veteran Conservative MP, and former Chancellor, Ken Clarke hinted that he would be one of these.

That might push politics towards a General Election – which is likely to solve nothing. At present the polling results suggest the Conservative Party would do badly, the Brexit Party would do well, the Labour Party badly and the LibDems and Greens well. The DUP might lose a seat, and reduce influence, while Sinn Fein’s newly elected MPs would continue not to take their seats. In other words, some different faces, but the same deadlock. And Boris Johnson could go down as one of the shortest serving PMs ever.

If Conservative Party members choose Johnson as their leader because they believe he will win them a coming General Election, are they correct? An election battle that featured a face-to-face contest between the superficial charms (and superficial explanations) of old Etonian Boris Johnson v. old Dulwich College boy Nigel Farage might not go Johnson’s way.

Meanwhile, there is the matter of the confidence and supply agreement between the government and the DUP. This lasts until the end of this Parliament, but is up for review at the end of each Parliamentary session. There is speculation that despite Boris Johnson’s declarations of affections for the DUP – including speaking at its conference last year – Johnson might be willing to revert to a Northern Ireland-only backstop in order to avoid a no deal outcome, while meeting his commitment to leaving the EU at the end of October.

Bluntly, Johnson’s reference to GATT article 24 as a means of avoiding the imposition of tariffs following a no deal Brexit cannot be taken seriously. It has been rubbished by both trade secretary Liam Fox and by attorney general (and Johnson supporter) Geoffrey Cox. GATT article 24 allows a country to avoid tariffs while a trade deal is being negotiated. But leaving the EU on a no deal basis would mean that the trade deal is not being negotiated – so article 24 would not apply. (We dealt with World Trade Organisation rules previously.)

Northern Ireland’s business organisations have complained that they cannot plan their future contracts or investments without some certainty over the Brexit situation. But Brexit uncertainty shows no sign of ending soon – irrespective of whether Boris Johnson or Jeremy Hunt is the new prime minister.