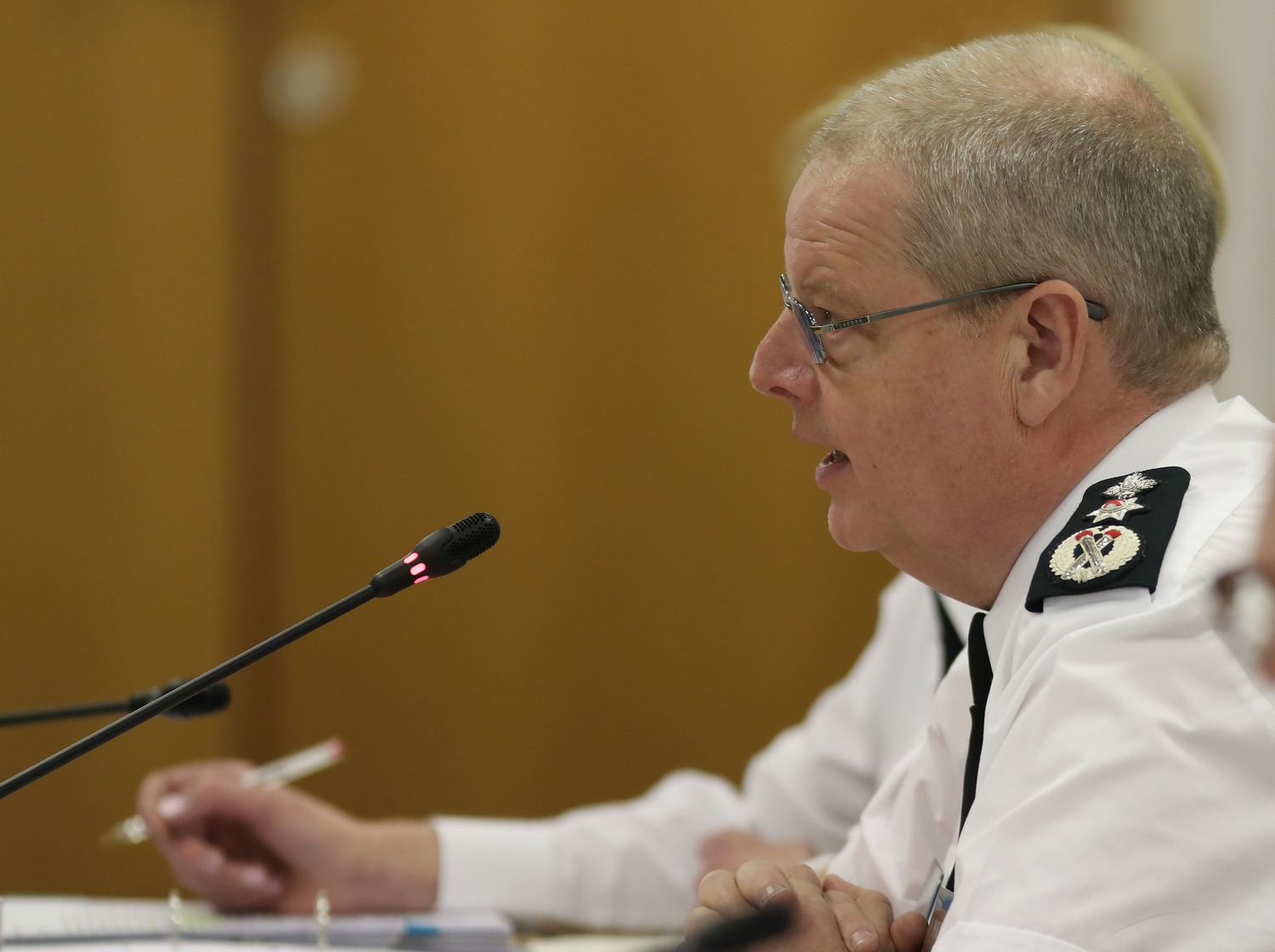 THE Chief Constable addressed the Northern Ireland Policing Board (NIPB) yesterday on PSNI Covid-19 fines and use of ‘stop and search’, which have disproportionately impacted ethnic minorities here.

Simon Byrne was alerted to these issues by the board following two joint investigations by The Detail and VICE World News.

An NIPB spokesperson told us that the “matters raised in the articles” were put to the Chief Constable so that he could provide “an oral update at its accountability meeting”, which took place yesterday, on April 1, 2021, and was largely dominated by a discussion of the policing of the the Bobby Storey funeral.

PSNI figures show people from black, Asian and minority ethnic (BAME) backgrounds made up 4.1% of the total stops in 2020, despite only making up around 1.8% of the population.

In 2020, of the 25,021 stops where ethnicity was recorded, BAME people accounted for 1,026 stops. Irish Travellers were the group which was by far most disproportionately affected.

While an average of one in 70 people in Northern Ireland were stopped and searched by police, for Irish Travellers, the average was somewhere between one in 10 and one in three.

Chief Superintendent Sam Donaldson said the PSNI has “already identified potential issues in terms of ethnicity and has carried out a quality assurance exercise to ensure that these particular incidents had the required reasonable grounds".

The figures, uncovered using Freedom of Information (FoI) legislation, reveal that black people received 1.84% of the total fines, where ethnicity was recorded, despite making up around 0.2% of the population.

Over 4.2% of all Covid-19 fines in Northern Ireland went to people from BAME backgrounds. Black people made up almost half of these.

Of the Covid-19-related CRNs distributed by the PSNI in 2020, 5.4% were given to people from BAME backgrounds, despite this group making up around 1.8% of the population in Northern Ireland.

Leaders from BAME groups, human rights organisations, politicians and the President of the National Black Police Association have expressed concern about the findings.

Andy George, the President of the National Black Police Association and an inspector in the PSNI said that it was “quite disappointing” to see “that black, Asian, minority ethnic people in Northern Ireland are still more likely to be stopped and searched".

Political representatives on the NIPB and the Northern Ireland Justice Committee have raised official questions on the stop and search and Covid-19 fining issues.

People Before Profit MLA, Gerry Carroll, who previously said the figures raise "a serious question about systemic racism", told The Detail his attempt to put a question to Justice Minister Naomi Long, on issues our investigations highlighted, was denied on the basis it was an “operational” matter for the PSNI.

Speaking before yesterday’s meeting took place, Dolores Kelly of the SDLP called the figures “deeply concerning” and reflective of the “urgent need for the PSNI to engage with the BAME community more positively”.

Ms Kelly said: “We need a clear explanation for the disproportionate action taken over the last 12 months.

“As a member of the NIPB’s Performance Committee, I am very aware of the challenges relating to the use of stop and search powers.

“I will again be raising concerns with the Chief Constable and the Policing Board's Human Rights Adviser."

Fellow PBNI member, Sinn Féin’s Gerry Kelly, said: "No section of our community should encounter any type of discrimination from the police. Everyone should be treated equally and with respect.

"Key to this is the roll out of proper and continuous human rights training for PSNI officers alongside meaningful engagement with affected communities."

He added: “Obviously we set up the Community Relations Taskforce to look at issues like this in the round. We are acutely conscious of the perceptions of disproportionality, and how we use powers. That’s why we are keen on ongoing conversations with the board about scrutiny.

“I would actually welcome more scrutiny, to give that reassurance, and am keen on working with the board on how we bring that together, so that we are not always accused of marking our own homework here.”

Chief Constable Byrne said that “understanding our communities is vital to getting our balance right”, and that it was important to recognise the way in which society is changing “so we can adapt our style and policy to that".

The NIPB also told us: “The Human Rights Report on the Policing of Covid-19, published by the board in November 2020, also identified issues around the policing approach.

“The board’s Performance Committee is due to receive an update on progress against the recommendations made in this report at its May meeting.”

Receive The Detail story alerts by email
PSNI partnership with Israeli police and prisons ministry
‘A culture of fear and secrecy.’ How paramilitary-linked illegal lenders are exploiting the cost of living crisis