There has been a sharp increase in the percentage of people from black and minority ethnic (BME) backgrounds stopped by the PSNI under anti-terrorism laws.

According to figures obtained by The Detail, ethnic minorities made up more than half (58%) of those stopped under Schedule 7 of the Terrorism Act in 2020.

Although only 119 people were stopped in 2020 due to tough Covid restrictions, 65 of those were from a BME background.

Over the last few years, the percentage of non-white people stopped by the PSNI has risen dramatically.

Schedule 7 is a national security power which allows the PSNI to stop anyone travelling to or from the north’s ports or airports or in the border area.

The wide-ranging power allows police to question or detain individuals.

Failure to cooperate with a police stop is a criminal offence.

Jonathan Hall QC, the independent reviewer of the UK’s terrorism legislation, has said that the PSNI have previously claimed that those stopped are “individuals who are, or who are suspected to be, engaged in Northern Ireland related terrorism are often well-known to the PSNI.”

Belfast-based human rights group the Committee on the Administration of Justice (CAJ) told The Detail they are concerned that the anti-terror powers are being used for a “collateral purpose”, namely immigration enforcement.

UK legislation prevents routine immigration controls on journeys in the Common Travel Area (CTA) between the Republic and the UK.

The PSNI has previously said that some of the people stopped under Schedule 7 were handed over to other agencies, including immigration.

In a 2018 report by then then independent reviewer of the UK’s terrorism legislation, Max Hill, the PSNI said that, of the people they stopped, “some were wanted or of interest to other enforcement agencies such as HMRC or Immigration… and the person was handed over.”

The Detail asked the PSNI how many people were referred to other agencies. But the force said it could not release the figures under Freedom of Information legislation because it would be too costly to collate the data. 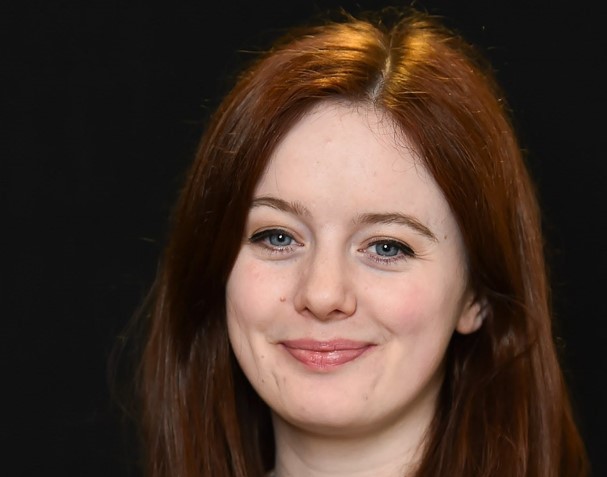 Úna Boyd from the Committee on the Administration of Justice

Úna Boyd from the CAJ said Schedule 7 should not be used for any purpose other than anti-terrorism.

“Any use of Schedule 7 powers for a collateral purpose is unlawful, as is selecting a person for examination based solely on their ethnicity or nationality,” she said.

“We are particularly concerned that the sharp increase in BME people being stopped in NI indicates that these powers are being used for immigration control.

“Assurances are needed from the PSNI that safeguards are in place to prevent any such abuse of Schedule 7 powers.”

CAJ said that the failure of the PSNI to fully record ethnicity in 2021 was “extremely concerning” and amounted to a breach of code of practice.

Mr Hall has said that more data was needed for any conclusions to be drawn about whether Schedule 7 is being fairly used in connection with ethnic minorities.

“The starting point is that Schedule 7 is most likely to be targeted at Northern-Ireland Related Terrorism. The very low number of stops in 2020 and 2021, reflecting COVID disruptions to travel, means that it is difficult to draw conclusions from the ethnicity categories,” he told The Detail.

Schedule 7 powers may be tasked (based on some advance intelligence) or untasked (based purely on the officer’s own assessment of the need to carry out an examination).

In a report last year Mr Hall wrote that, the PSNI relies “a great deal on discretion”, or untasked stops, “thus bringing the importance of safeguards against irrational or discriminatory use into sharp relief.”

Making clear he was not suggesting that this was happening, Mr Hall said there was a “need to guard against the risk of individuals being singled out because they look different in a queue of cars coming off a ferry, or have a foreign origin name.”

On the claim that Schedule 7 powers were being used to enforce immigration, Mr Hall said it seemed “unlikely”.

“Counter-terrorism officers have no reason to use their powers in this way, the Schedule 7 process is relatively procedure-heavy, and their performance in using Schedule 7 is judged on how useful the examination is to national security,” he said.

In a statement, the PSNI said the increase in the percentage of BME people stopped under anti-terrorism laws reflects the changing demographic of people coming into Northern Ireland.

“While terrorists continue to use our ports Schedule 7 remains a vital tool to help us prevent, detect and disrupt their activity. Police operate under clear legal and operational guidelines for the use of Schedule 7 and our officers are committed to using these powers in a manner which is lawful, proportionate and does not unlawfully discriminate against anyone”.

“It is difficult to draw firm conclusions from percentage changes when the numbers involved are so low but there has been an increase in the proportion of Schedule 7 examinations of non-white individuals in Northern Ireland.

“We believe this reflects the changing demographic of those entering NI (in line with national trends) as people from different theatres of international conflict come to the UK.”

Luke Butterly is a freelance journalist in Belfast.