HUNDREDS of people from Northern Ireland, including members of the Orange Order, applied to give up their British citizenship over the last decade.

Several people who spoke to The Detail said they did not want to give up their British citizenship but were forced to do so after tough UK immigration rules were introduced a decade ago.

From 2012, a change in British law meant that anyone who applied to bring a foreign-born spouse to live in the UK had to prove that they earned at least £18,600 a year.

An initial application to get a visa for a spouse typically costs more than £3,000, before legal fees.

Irish citizens living in the north could apply to bring a spouse or relative to the UK under European Union regulations, which did not have a minimum income requirement or a costly application process.

Under the 1998 Good Friday Agreement, people in Northern Ireland can be British, Irish or both.

But because people from Northern Ireland are automatically deemed British under the British Nationality Act (1981), many opted to give up their UK citizenship so they could apply to be reunited with family under less-strict EU regulations.

Simon Barr, an immigration lawyer based in Belfast, has dealt with many applications from people who wanted to give up their British citizenship.

He said the applicants ranged from “determined Irish nationalists” to Orangemen who were reluctant to renounce their British passport.

“They (Orangemen) saw the financial benefit to this pragmatic decision, and continued to be what they were, continued to march in the Orange parades,” he said. 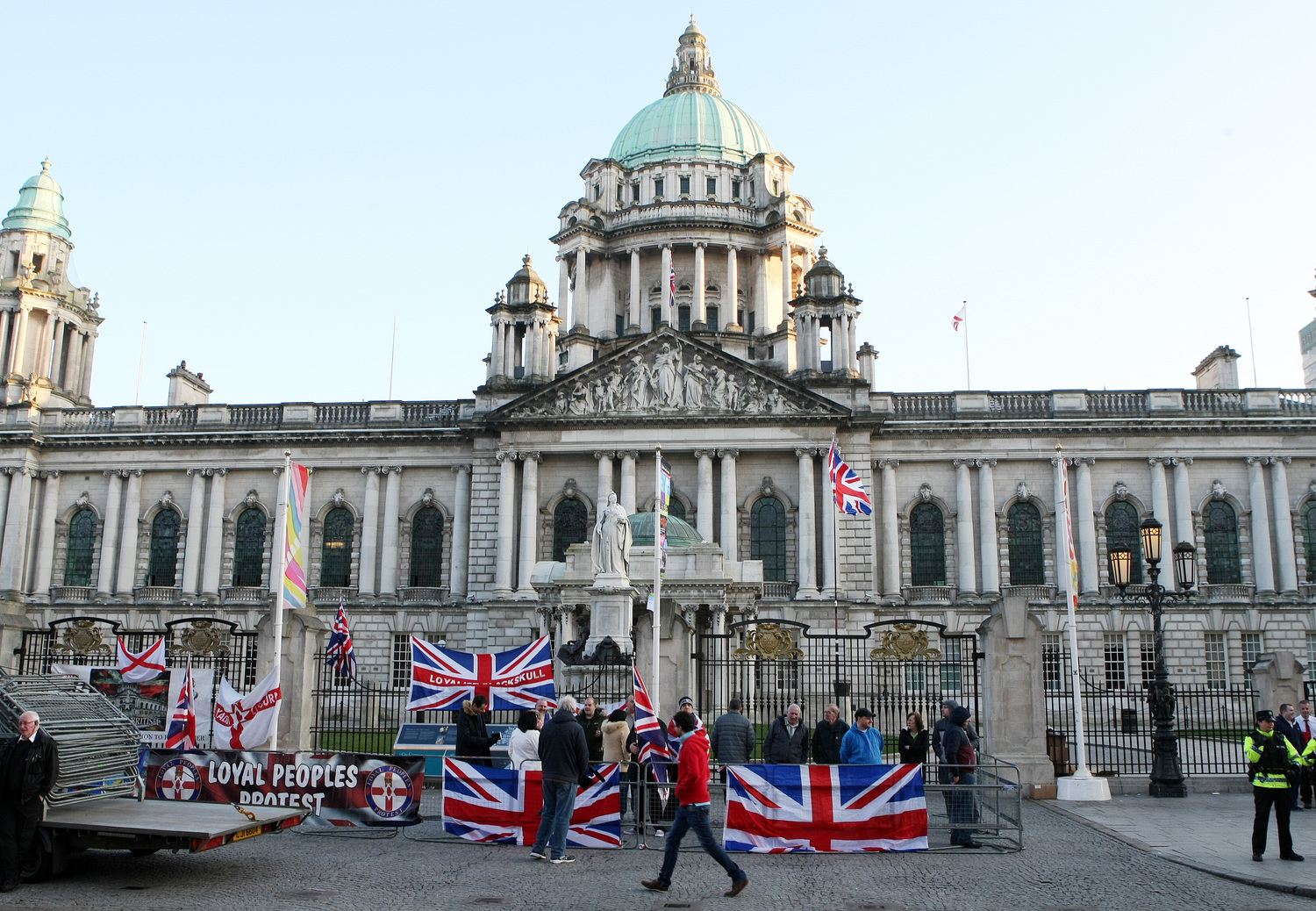 John*, who is in his early forties and from a unionist background in Co Armagh, said he only gave up his British passport so he could bring his Thai-born wife into Northern Ireland.

“I didn't really want to, but it was the only way I was gonna get this done,” he said.

“I'm from Northern Ireland, I am British. It wasn’t something I wanted to do, but I had to do because it was family at the end of the day.

“It wasn't an easy decision to make, but it was a necessity.

“At the end of the day, you were forced to do that to get your wife home. It's very disappointing.”

George*, who is in his late sixties and from a predominantly unionist area outside Larne in Co Antrim, said he spent thousands of pounds trying to secure UK visas for his Ukrainian-born wife and her son, before he later gave up his British citizenship and applied under EU rules.

“We had made numerous applications (under British law) before that, which came to nothing,” he said.

He said giving up his citizenship was “absolutely straightforward” and cost less than £400.

His wife and her son were able to move from the Ukraine to Northern Ireland several years ago.

George said he wrestled with the decision to give up British citizenship.

“That was the most difficult question. I knew I had to. They put me in an impossible position,” he said.

“Although I came from a unionist, Protestant background, I’ve always had more in common with a Kerry man, than someone from London or Birmingham.

“I've always had more in common with people of this island, north and south, than say somebody living in England.”

George said that although he comes from a liberal family, he did not tell them in case some in his community would disapprove.

“I did it willingly. (But I) had a few reservations, thought about it, in the area where I come from,” he said.

“I live in a predominantly Protestant/Unionist area, and I was a bit worried. I never ever told anybody, never even told my family.

“I was a bit wary about telling them, in case of… not retribution but sort of (being) ostracised if I had.

“It was probably the paramilitary ones that be running around the street that you'd be more worried about. That type of one. The bitter ones, who might look on you as some kind of traitor.” 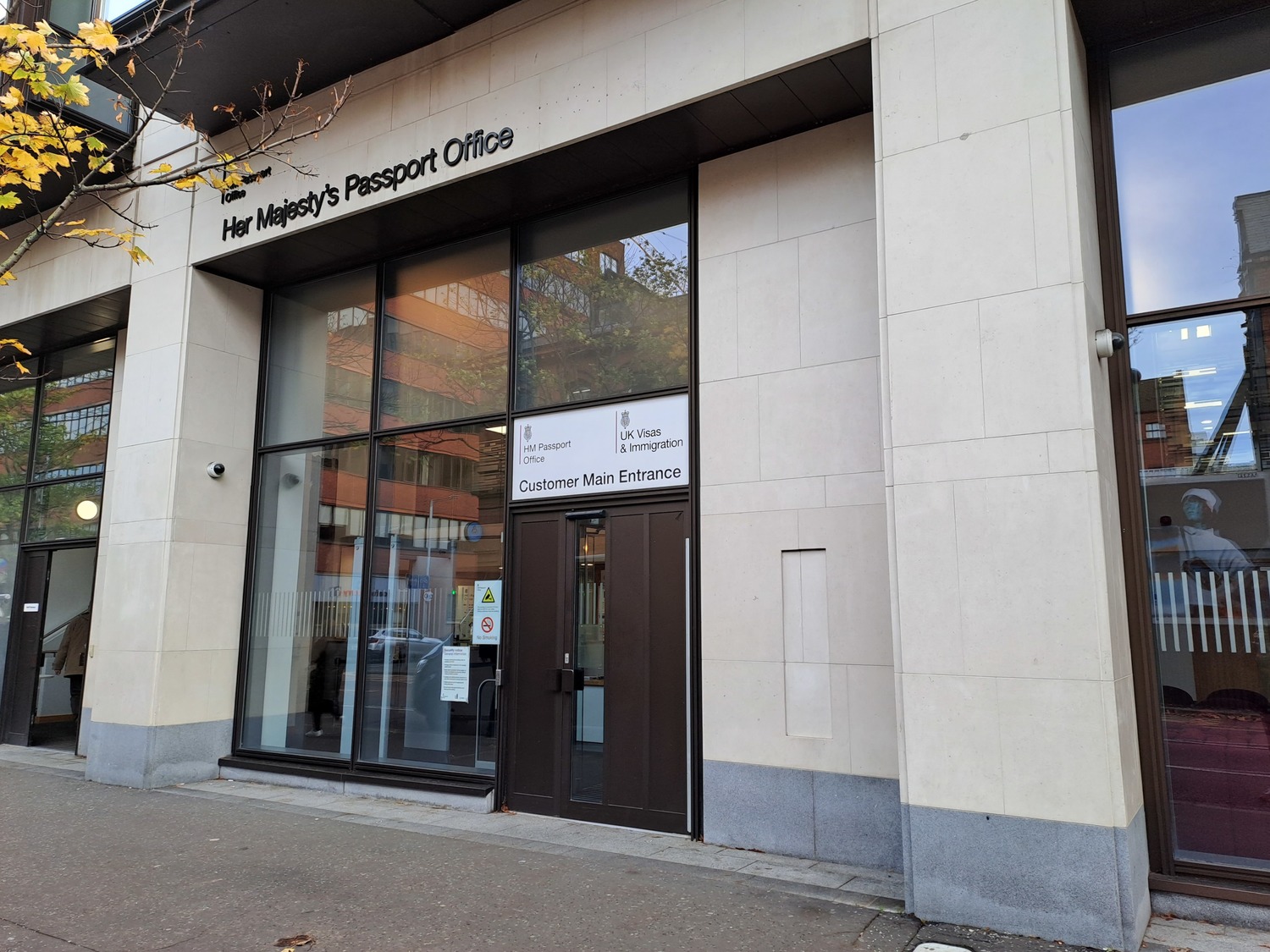 A passport office on Victoria Street in Belfast. Photo by Claire Simpson, The Detail

Following a lengthy legal challenge by citizenship campaigner Emma DeSouza, the British Government announced in May 2020 that all British and Irish citizens born in Northern Ireland would be treated as EU citizens for immigration purposes and could apply to bring a family member over under European law.

Former Northern Ireland Secretary of State Brandon Lewis said at the time: “The Home Office and the Northern Ireland Office have reviewed the consistency of the UK’s family migration arrangements, taking into account the letter and spirit of the Belfast Agreement and recognising that the policy should not create incentives for renunciation of British citizenship by those citizens who may wish to retain it.”

However, that change in immigration rules was only temporary.

Since the Brexit transition period officially ended on December 31 2020, anyone living in Northern Ireland, including Irish citizens, who wants to bring a spouse to the UK must apply under British law - meaning they must have proof of a minimum income.

Some people who renounced their British citizenship to bring a family member to the UK are now applying to get it back - at a cost of more than £1,200.

Although anyone can re-apply, the decision on whether those applicants can actually get their citizenship back rests with the British Home Secretary.

John said he was not concerned with the cost but wanted more clarity on the outcome.

“I don't mind going through the process and paying a fee,” he said.

But he said he wanted to be told “yes, you will be able to get it back - rather than go through the process and see what happens sort of thing”. 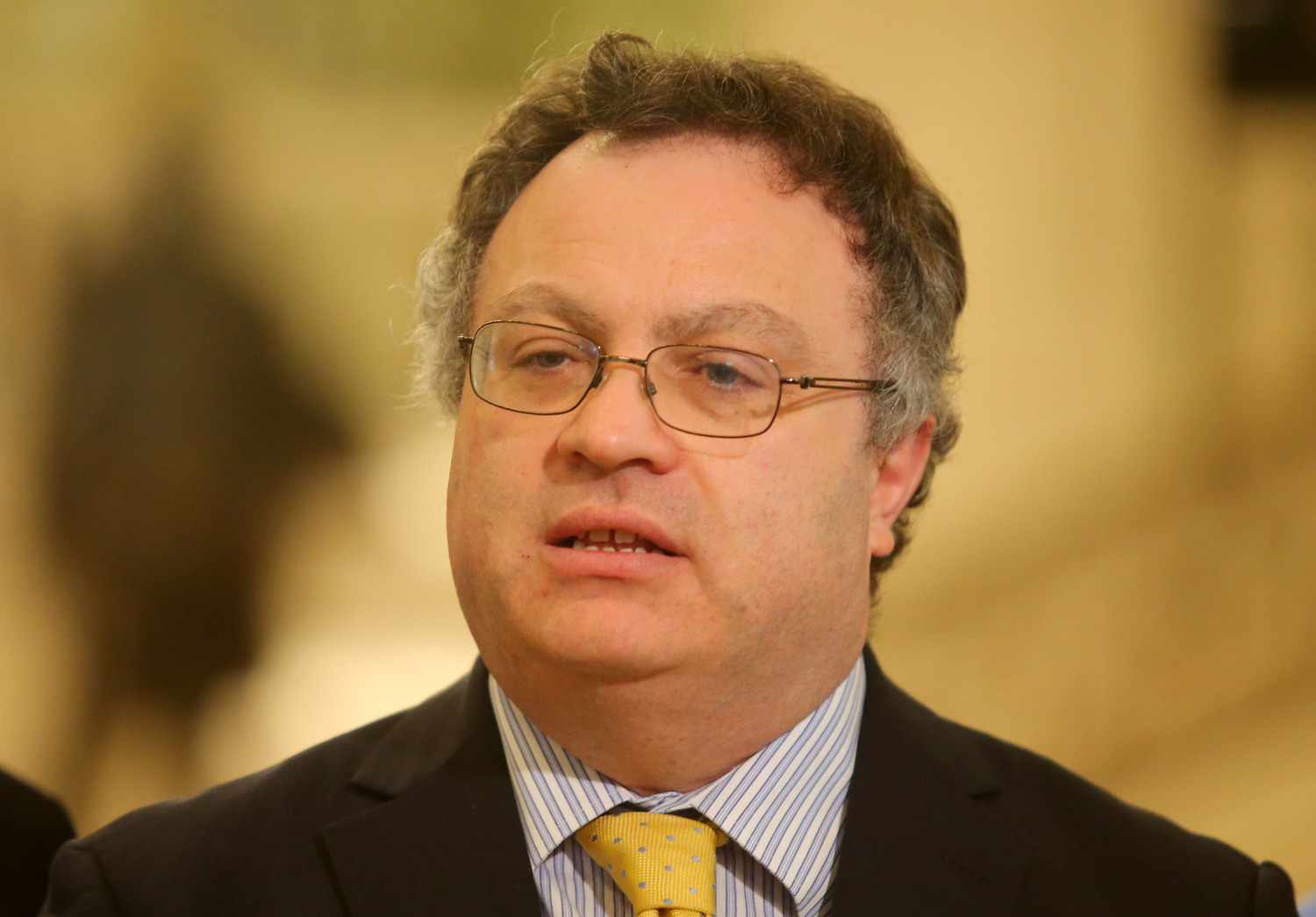 Alliance Party MP Stephen Farry, who is a member of the Northern Ireland Affairs Committee at Westminster, said British law on citizenship is not in keeping with the Good Friday Agreement.

“People should not have to renounce British citizenship in order to be solely regarded as Irish,” he said.

“Equally, if someone wants to resume British citizenship they shouldn’t have to face any barriers or hurdles.”

A UK parliamentary inquiry recommended last year that those who gave up their British citizenship should be allowed to regain it, and any application fees should be proportionate.

A report published by the Northern Ireland Affairs Committee stated: “Any fees to be charged must not exceed the unit processing cost of the service”.

“In addition, the British Nationality Act 1981 should be amended so that the right of future resumption of citizenship is a right for this group of people too, instead of something dispensed at the discretion of the Home Secretary,” the report read.

The Committee also said that Northern Ireland-specific, rather than UK-wide, policies were needed.

However, the Home Office rejected these recommendations.

“Having an application process for resumption with each case considered on its merits is neither unfair nor disproportionate when determining something as important as nationality,” the UK Government said in February.

The Detail asked the Home Office about criticisms of the process to re-apply for British citizenship and the cost.

In response, a spokesman said that anyone who has renounced their British citizenship can “seek to resume it under the British Nationality Act, at the (Home) Secretary of State’s discretion”.

*John and George are pseudonyms

Receive The Detail story alerts by email
‘A culture of fear and secrecy.’ How paramilitary-linked illegal lenders are exploiting the cost of living crisis
​​PSNI admits it should have told Loughinisland journalists about review which criticised handling of their arrests