Concerns over resuscitation policy in Northern Ireland hospitals during COVID-19 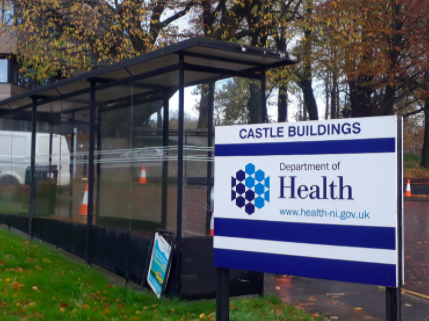 THE Department of Health (DoH) has confirmed it is not collating data on the number of deceased COVID-19 patients who signed 'Do Not Resuscitate' (DNR) forms, The Detail can reveal.

This news follows multiple reports of elderly people in Northern Ireland suffering negative experiences with DNR forms during this pandemic.

One month ago, in the middle of the COVID-19 crisis, it was reported that neither an elderly patient in the Ulster Hospital, nor their family, were consulted about a DNR notice being put on their file.

In raising the case, the DUP MLA and Health Committee member, Alex Easton, asked a Stormont official: "Can you assure me that people's lives are not being decided without consultation with their loved ones?

“If that is the case it is totally unacceptable."

Sean Holland, the DoH’s Chief Social Work Officer, responded that he would investigate the case, adding: “These should be decisions with clinicians and family and carers.”

Around the same time, it was reported that the Northern Trust (NHSCT) had to apologise to a 73-year-old woman and her family after she was asked to sign a DNR order within minutes of arriving at Causeway Hospital.

"She of course refused, she wanted to live," her son said.

The Detail also revealed yesterday that Northern Ireland doesn’t have the same legal protections as the rest of the UK to prevent elderly people from facing discriminatory practices in the NHS during the COVID-19 crisis (click here to view the article).

DNR forms are also known as 'Do Not Attempt Cardiopulmonary Resuscitation' (DNACPR) forms.

The British Medical Association (BMA) has co-published a document with the Resuscitation Council UK and the Royal College of Nursing (RCN), which states that if CPR may be successful, the patient should be involved in the "decision-making process”.

A DoH spokesperson told The Detail a decision to sign a DNR form “has to be agreed by the patient following them having been adequately informed (in a sensitive manner) of the basis for considering such an action”.

However, a man who we will call John, engaged with The Detail regarding his father's experience with DNR forms in the NHSCT in 2019.

“What happened with my father occurred before this pandemic, this was already a problem," John told The Detail.

"During this health crisis, when so many elderly, vulnerable people are in hospitals and are sick in care settings, isolated from their loved ones, the lack of clarity around DNR is potentially so damaging.

"Especially given the lacking legal protection for the elderly people in Northern Ireland when they are engaging with the health service, which is an outrage."

John told The Detail his father, who passed away last summer, was in Antrim Area Hospital in the NHSCT with chest problems in March 2019 "when this issue with the DNR form first came up".

He said: "I came to the hospital to visit my father and there was a consultant at the end of his bed. My daddy was resting.

“The consultant asked if they could speak to me about my dad’s DNR form.

"I asked what they meant by it and they said ‘well, I’ve spoken to your dad and he’s consented to getting a DNR notice signed and he has capacity to do so’.

"The consultant then woke my father up. He was delirious and started talking about submarines."

John told us he informed the consultant not to write up a DNR form for his father's file and that he would be speaking with his sister about the matter.

A DoH spokesperson confirmed there is no requirement on patients to sign a DNR form.

John also spoke with the head nurse on the ward regarding this issue who "immediately said that my father was experiencing delirium and that he would not have the capacity to make such a decision".

He added: “I asked the doctor, who felt my father had capacity (to know what he was signing), how they came to that conclusion. There was no answer."

An NHSCT spokesperson told The Detail all relevant staff should follow its policy which "stipulates that competent patients should be involved in discussions about attempting CPR" and said that in cases where patients do not have capacity "the decision not to resuscitate should be made using a multi-disciplinary team approach".

However, a DoH spokesperson said: "Where a patient lacks capacity, the clinician should consult the family to determine the patient’s views if known. In the absence of any expressed view, there should be a presumption that CPR should take place."

The BMA, Resuscitation Council UK and RCN guidance also states that if a person lacks capacity “those close to them must be involved in discussions to explore the person’s wishes, feelings, beliefs and values in order to reach a ‘best interests’ decision”.

John continued: "Nobody is saying that these forms shouldn’t exist or that there isn’t a time and place for sensitive, important conversations about resuscitation between medical professionals and patients, and their families.

"However, there is a lack of clarity about how, when and why these decisions are made.

"So much of this hinges on capacity and the discretion of the specific individual who makes the decision as to whether or not a person has capacity.”

John did not lodge an official complaint regarding the issue because he "didn’t want to take away from some of the great care that was being carried out by staff in the hospital".

"It wasn’t discussed again,” he said.

A number of weeks after this incident in Antrim Area Hospital, John's father was in a rehabilitation ward in a different hospital within the NHSCT.

"I arrived at the hospital one day and a doctor told me about a DNR that was recorded on my father’s file," John said.

"This doctor, personally, had nothing to do with the DNR but said it was on my father’s file. They gave me the name of a consultant who they thought might have done it.

“I tried to speak with this consultant for three weeks, but couldn’t get in touch. I then saw their understudy who I questioned about why the form was signed."

John told us this individual apologised and said the family should have been contacted.

He added: "My father appeared to be improving and was in a rehab unit. It didn’t make sense why this was done again."

The consultant and John eventually ended up discussing the issue.

John said: "I was told by the consultant that it wasn’t, in fact, them who put the DNR form on the file and that it was 'some locum'.

"The consultant conceded that it shouldn’t have happened and said they were going to raise this issue with management. There was real confusion about this and it only led to the perception that there was little hope for my father.

"There was a senior nurse, this time as well, who said it shouldn’t have happened. I never even got to meet the locum doctor who allegedly wrote up the DNR notice.

"My dad was in a rehabilitation unit at that point. It was making me wonder if he was sicker than I previously had thought. It was all very worrying and confusing."

It was reported by the BBC, in August 2016, that a disabled man made a complaint regarding a DNR notice which he said was put on his file without consultation with him or his family. This also occurred in the NHSCT.

John said he didn't want to take away from the "absolutely fantastic nurses and doctors" for all the good help his father received, not long before his passing.

However, he continued: “In the midst of all that, we have some individuals; one who decided my father had capacity and another – I still don’t even know who it was – who deemed it fit to record a DNR notice on a file of my elderly, vulnerable father without seeking to speak with family members.

"This should be of concern to the whole of society, especially given the crisis we find ourselves in.

“In circumstances where families cannot get to see their loved ones, it’s even more important for conversations regarding DNR notices to be carried out in a correct way.

“More than ever, it is essential, especially when we don’t have the same legal protections for elderly people here, in hospitals, as in England, Scotland, Wales or the Republic of Ireland.”

Shortly after his father's passing in the summer of 2019, John engaged with staff working for the Commissioner for Older People for Northern Ireland (COPNI), Eddie Lynch, regarding these DNR issues.

The Detail asked COPNI if they subsequently raised concerns with the NHSCT about John's father's case, but we were told we could not be informed of the "specifics of casework".

However, a member of COPNI's legal team sent John correspondence which reads: "I share your concerns regarding the way in which the DNR was placed on your father's records by hospital staff."

Despite this, John said: "It remains unclear if COPNI went to the NHSCT after I engaged with them.”

Mr Lynch did not address the issue of DNR forms in a statement he provided to The Detail, even though he was asked about it specifically.

He did, however, say he was conscious about the “gap in protection” for elderly people using the NHS in Northern Ireland, with regards to age discrimination legislation during the COVID-19 crisis.

Mr Lynch added that he wants this legislative gap to be filled “at the earliest opportunity following the pandemic”, but he declined to address a follow up question asking why he believes Stormont should wait until after the COVID-19 crisis, rather than now, to implement the legislation.

John said: "The crisis is now. Other issues are being dealt with in Stormont. Why can’t this be sorted?

“My father was a World War Two and Korean War veteran. He came from a generation of men and women from across these islands who we owe our very way of life to. These are the people that are suffering the most in hospitals and other care settings with coronavirus and they should have the same legal protections as elsewhere on these islands, especially now.

"That generation deserves to be treated with the dignity and respect they have earned. It appears, evidently, that this is not a priority.”