Department of Health criticised for stance on hyponatraemia inquiry findings 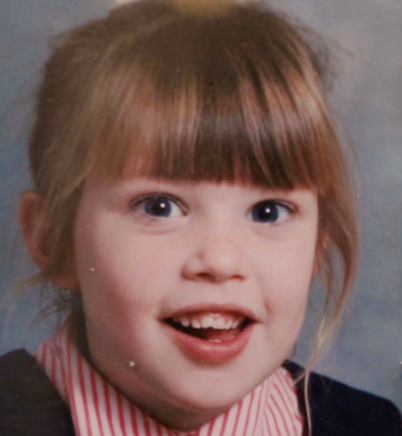 Photo of nine-year-old Claire Roberts who died from hyponatraemia.

THE Department of Health (DoH) has been criticised over its failure to confirm whether or not it disputes the findings of the hyponatraemia public inquiry report.

Previously, The Detail reported that while the DoH told us it accepts the 96 recommendations in Mr Justice John O’Hara’s hyponatraemia report, the department declined to confirm to us, on two occasions, its position on the report’s findings – which are separate from its recommendations.

Justice O'Hara's report, published over three years ago in January 2018, examined the deaths of five children in Northern Ireland.

Professor Young was also recently reported to have gone on sick leave. The judge’s ruling on whether the GMC will be permitted to investigate him, over his conduct, has not yet been made.

Claire’s father, Alan Roberts, said the DoH has “continually failed to openly discuss or state that it fully accepts the report findings, conclusions and criticisms”.

He told The Detail: “It is very clear to me that a deep-rooted culture of defensiveness still remains within our health service in which reputation and avoidance of blame comes before honesty and statutory duty.

“These are all issues Justice O'Hara identified during the course of the public inquiry and attempted to change within his recommendations.”

Mr Roberts called on the DoH to “openly support and acknowledge full acceptance of Mr Justice O'Hara's findings to ensure the Belfast Health and Social Care Trust (BHSCT) actively addresses the serious criticisms made in a fully open and transparent manner”.

He said: “If there has been misconduct, dishonesty or doctors have failed in their statutory and professional duty, there must be accountability.

“It is shocking and extremely frustrating that to date the DoH has failed to take action or make doctors and the BHSCT accountable for very clear failures of statutory obligation and professional duty.”

Justice O’Hara’s report states that there were multiple instances at Claire Roberts’ first inquest, in 2006, where Professor Young “failed to draw key issues to the attention of the coroner” and that he “shifted from his initial independent role…to one of protecting the hospital and its doctors”.

He also found Claire’s parents were informed that Professor Young was independent from the BHSCT at the time when he was entrusted with examining the issue of fluid management and the question of whether hyponatraemia was a factor in their daughter’s death.

However, the report states that this “was not correct in the sense that a person who is employed by a trust cannot be regarded as being independent of that trust”.

In addition, Justice O'Hara found that a January 2005 letter sent to Claire’s parents and the coroner which "must" have had “contributions from Professor Young”, contained “highly questionable” content and was “inaccurate, evasive and unreliable”.

His report also says that notes and minutes from Claire’s first inquest “strongly suggest” that neither Professor Young, nor others, explained to the coroner that her hyponatraemia was related to fluid or electrolyte mismanagement.

Justice O’Hara continued by stating he believed the cause of the hyponatraemia which led to Claire’s death, as found by the 2006 inquest, was wrong.

This determination led to a second inquest, in June 2019, at which Coroner Joe McCrisken concluded that Claire Roberts’ “totally avoidable” death was caused by the treatment she received in hospital, not a brain virus, as the BHSCT had argued.

Justice O’Hara also found that, following her death in the Royal Belfast Hospital for Sick Children in 1996, her parents’ “suspicion of cover-up cannot be regarded as unreasonable”.

Mr Roberts said: “As a matter of public interest, how can the public have any confidence in a health service without accountability and one which fails to address public inquiry findings of concealment, cover-up and denial?

“The DoH, as a result of their repeated lack of honesty and openness, continue to put my family through extreme, emotional pain and mental torment. All of which has added to my family’s hurt and grief.

“As recently as June 2019, during the second inquest into Claire's death, inappropriate and unacceptable efforts were once again made by the department and the BHSCT in an attempt to obstruct and prevent our pursuit of the truth.”

Public health physician, Dr Gabriel Scally, told The Detail: “I have never come across a situation, in the health field, where there has been a refusal to confirm acceptance of a full public inquiry report.

“This is a unique circumstance in my long experience of dealing with these matters.” Dr Scally is previously on the record as saying the hyponatraemia inquiry revealed “lies, deceit and cover-up”.

He also told us: “Justice O’Hara found really serious problems with accountability in the whole hyponatraemia problem and those deaths.

“If they don’t accept the findings of the hyponatraemia public inquiry, done meticulously over years by someone who is now a High Court judge in Northern Ireland, how is the DoH ever going to be held to account?”

A number of days after The Detail’s previous report, Mr Allister asked the Health Minister if his department accepted Justice O’Hara’s findings, “in full”. This question is set to be answered later today, March 3, 2020.

Mr Allister told The Detail, it was “evident” from our previous report, that the DoH is “very shifty about this issue” and that it’s “running away from the critical question” of whether or not it accepts Justice O'Hara's findings.

He also said: “The manner in which the department is playing cat and mouse adds further distress to the grieving Roberts family. It seems the tendency against candour is still prevalent.”

The Detail previously reported on Gareth Roberts, Claire’s brother, stating that the Covid-19 pandemic further exposed the need for a statutory duty of candour in Northern Ireland, as Justice O’Hara had recommended in his report. 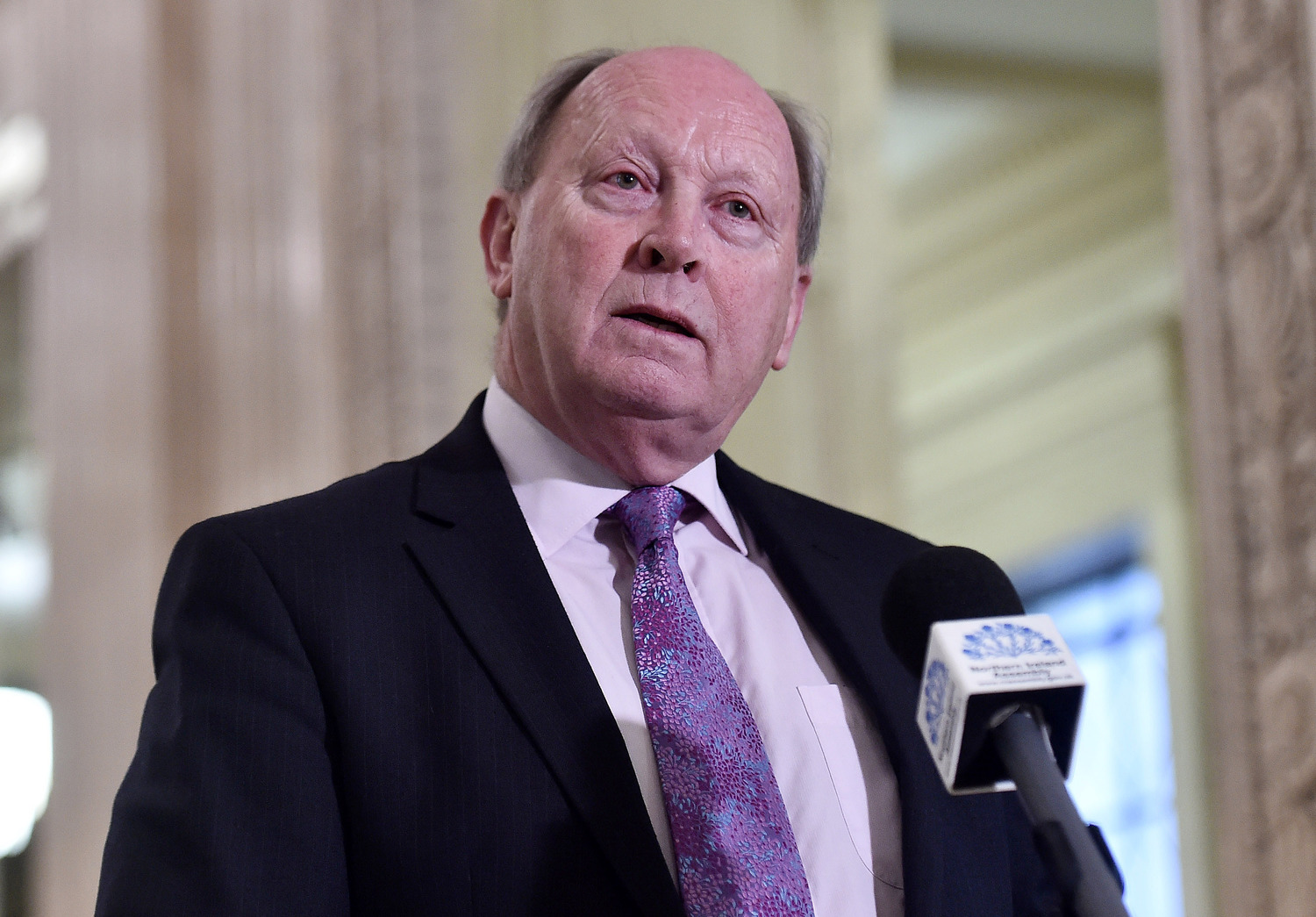 Dr Scally believes the DoH’s position in relation to the hyponatraemia public inquiry report also “casts a shadow over the chairs of the Muckamore, neurology and urology public inquiries”, all three of which look at issues relating to health and social care in Northern Ireland.

He added that the respective chairs of these inquiries “can have no assurances at all that the DoH will react favourably to their reports, by taking on board their findings”.

Glynn Brown heads up the Action for Muckamore campaign group. His disabled son, Aaron, was allegedly assaulted many times by staff in Muckamore.

Mr Brown called the situation “very worrying” for the Muckamore families. He also told The Detail: “The big worry is a judge, like Justice O’Hara, doing a report and the department not accepting half of it. What’s the sense in even having a public inquiry?”

The Muckamore families are currently trying to lobby Health Minister Swann to ensure the terms of reference for the upcoming Muckamore public inquiry are as wide as possible.

However, Mr Brown is concerned that the DoH will end up finding a way of not addressing issues found in the Muckamore public inquiry.

He said he is hoping against his "better judgement" that the DoH won't treat the findings of the upcoming Muckamore public inquiry the same way as it has treated Justice O'Hara's findings.

Shortly after the judicial review hearing – where Professor Young attempted to stop the GMC from investigating him – London-based BBC journalist, Michael Buchanan, tweeted: "I've just deleted my previous tweet about Professor Ian Young at the request of the NI Dept of Health who say he disputes the findings of the official O'Hara inquiry that criticised him.”

This prompted The Detail to ask the DoH if it could explain the parts of Justice O'Hara's report that Professor Young disputes, if he does so, and if the department could explain why this is the case.

The DoH did not do either of these things in the response it previously provided us, but said: “In relation to individuals mentioned in the public inquiry report, Mr Justice O’Hara’s report acknowledges the limitations of the inquiry process in relation to the criticism of individuals.”

However, Claire Roberts’ father, Alan, said this “should not be used to minimise, underestimate or defend serious criticisms made within the inquiry report”.

Mr Brown said by focusing on this, the DoH is showing that “the worst that will happen” to those who are criticised, in any public inquiry the department calls, is that they “will just have their knuckles rapped”.

In June 2020; Amnesty International, the Committee on the Administration of Justice and UNISON made a joint-statement calling for a public inquiry into the handling of care homes in Northern Ireland during the Covid-19 pandemic.

Julieann McNally’s grandmother, Annie McCourt, was a resident in Dunmurry Manor care home which the Commissioner for Older People for Northern Ireland, Eddie Lynch, criticised in his Home Truths report.

Ms McNally runs Care Home Advice and Support Northern Ireland (CHASNI) and is also hopeful for a public inquiry into the handling of care homes during this pandemic.

However, she told The Detail: “You look at hyponatraemia and the situation the Roberts family find themselves in, and it’s concerning. It’s like no matter what is found, there is no accountability.

“Whether it’s Dunmurry Manor, Muckamore or hyponatraemia – there always seems to be an issue in terms of the treatment of vulnerable people in Northern Ireland.”

The comments of every person interviewed for this piece were put to the DoH. However, the department declined to provide any response to The Detail.