Department fails to confirm if it accepts entirety of hyponatraemia report 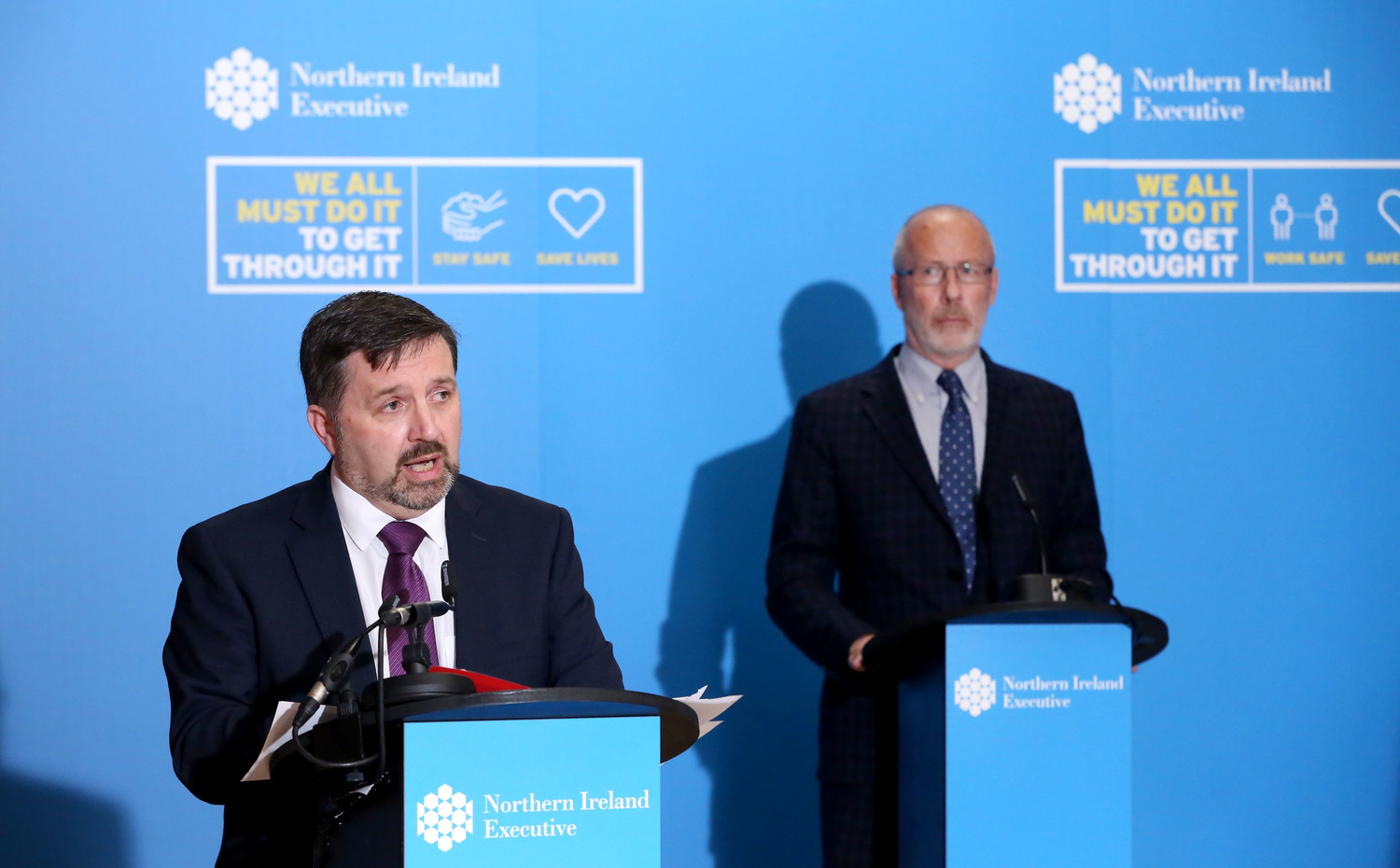 THE Department of Health (DoH) has declined to confirm whether it disputes any aspects of the hyponatraemia public inquiry report, despite being asked to do so by The Detail on two separate occasions.

While the department did inform us that it accepts the 96 recommendations within Mr Justice John O’Hara’s hyponatraemia report, neither of the responses make any reference to the report’s findings which are separate from its recommendations.

Northern Ireland's Chief Scientific Advisor Ian Young has taken a legal challenge, previously reported by The Detail, in an attempt to prevent the General Medical Council (GMC) from investigating his conduct following nine-year-old Claire Roberts’s death, which was examined in Justice O'Hara's report.

His report states that there were multiple instances at Claire’s first inquest, in 2006, where Professor Young “failed to draw key issues to the attention of the coroner” and that he “shifted from his initial independent role…to one of protecting the hospital and its doctors”.

In addition, Justice O'Hara found that a January 2005 letter sent to Claire’s parents and the coroner which "must" have had “contributions from Professor Young”, contained “highly questionable” content and was “inaccurate, evasive and unreliable”.

Justice O’Hara continued by stating he believed the cause of the hyponatraemia which led to Claire’s death, as found by the 2006 inquest, was wrong.

This determination led to a second inquest, in June 2019, at which Coroner Joe McCrisken concluded that Claire’s “totally avoidable” death was caused by the treatment she received in hospital, not a brain virus, as the Belfast Health and Social Care Trust (BHSCT) had argued.

Justice O’Hara also found that, following Claire Roberts's death in the Royal Belfast Hospital for Sick Children in 1996, her parents’ “suspicion of cover-up cannot be regarded as unreasonable”.

Shortly after the judicial review hearing – where Professor Young attempted to stop the GMC from investigating him – London-based BBC journalist, Michael Buchanan, tweeted: "I've just deleted my previous tweet about Professor Ian Young at the request of the NI Dept of Health who say he disputes the findings of the official O'Hara inquiry that criticised him."

This prompted The Detail to ask the DoH if it could explain the parts of Justice O'Hara's report that Professor Young disputes, if he does so, and if the department could explain why this is the case.

The DoH did not do either of these things in the response provided to us.

We also asked the DoH if it could confirm that it accepts Justice O'Hara's hyponatraemia report in its entirety and if it doesn't, to then please inform us which sections of the report that it disputes.

Again, the department failed to properly answer these two questions.

The DoH's response focused on the "considerable work" it has undertaken in relation to the implementation of the 96 recommendations contained in the hyponatraemia public inquiry report which it "previously confirmed that it accepts".

However, the response said nothing about the DoH accepting Justice O’Hara’s findings which are separate from his recommendations.

In addition, The Detail requested for the DoH to confirm whether it had recently contacted any journalists in relation to commentary on these issues, on social media or in news pieces, and if it had done so – to please explain why.

We were told that the department "is entitled to contact media organisations in the event of inappropriate commentary by any of their journalists".

The department continued: “In relation to individuals mentioned in the public inquiry report, Mr Justice O’Hara’s report acknowledges the limitations of the inquiry process in relation to the criticism of individuals.”

The section of the hyponatraemia report, which the DoH subsequently quoted, can be found on pages 20 and 21.

Health Minister Robin Swann also recently quoted this part of the report in response to an Assembly Question, which raised similar issues to The Detail, posed by TUV leader Jim Allister.

In addition, we were informed that the DoH would not be commenting on “active proceedings in relation to due process” and that the department “would encourage others to adopt the same approach”. 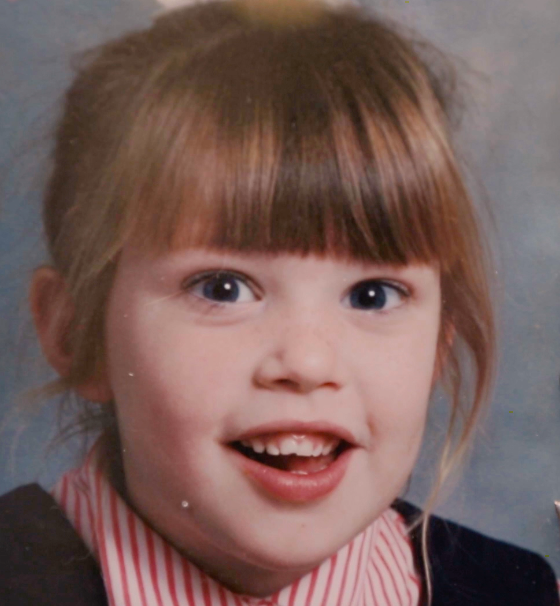 Photo of nine-year-old Claire Roberts who died from hyponatraemia.

The Detail went back to the DoH and stated that none of our questions related to any legal proceedings, and that they all related to the hyponatraemia report.

We also made the case that while the department was previously on the record as accepting the 96 recommendations within Justice O'Hara's hyponatraemia report, we possessed evidence which showed the DoH contacted a journalist in recent days regarding their social media activity – who then tweeted that the department informed that Professor Young disputes the findings of the public inquiry report.

We were told that the DoH “does not accept any of these insinuations, which are based on incorrect information and an absence of logic”.

The department took exception to the idea it contacted a journalist which, based upon Mr Buchanan’s tweet, The Detail had asserted it had.

What is not disputed, however, is that the DoH contacted Mr Buchanan’s employers, the BBC, and this led to him tweeting about the DoH informing that Professor Young “disputes the findings of the official O'Hara inquiry that criticised him".

As in its previous response, the DoH defended its right to contact media organisations over the conduct of their journalists.

The DoH again added that it “accepted all of the recommendations” in Justice O’Hara’s report.

However, this response – like the DoH’s first reply to The Detail on this subject – did not address whether it disputes Justice O’Hara’s findings which are separate from his recommendations.

The department again stated that it would not be commenting on “active proceedings” and brought up the need for due process to be followed “in relation to individuals mentioned in the inquiry report”.

However, the DoH declined to state whether any legal action, which seeks to dispute any aspects of the hyponatraemia public inquiry report, has ever been taken by the department or by individuals named in the report.

The DoH continued by stating “insinuations” in a statement we provided, which accompanied our questions, regarding the department’s position on these matters “are groundless and illogical”.

The department added: “This illogicality even extends to The Detail claiming that because we have quoted from the IHRD (hyponatraemia) report we must disagree with it.”

This is in relation to the DoH quoting a section of Justice O’Hara’s report about the limitations in the public inquiry process which we asserted, in doing so, serves to suggest that there are other parts of his report which the department, potentially, deems to be disputable.

Nothing, in either of the responses which the DoH provided to The Detail, makes clear which parts of the hyponatraemia report that Professor Young disputes, if indeed he does so.

Nor do the DoH’s responses confirm that the department accepts Justice O’Hara’s report in its entirety.

Following his judicial review hearing against the GMC, Professor Young went on sick leave from his role as Northern Ireland’s Chief Scientific Advisor, a public-facing role during the Covid-19 pandemic.

In a response to an Assembly question posed by TUV leader, Jim Allister, about whether the DoH has provided any financial assistance in support of Professor Young’s legal case, Minister Swann said: “This is a private matter for the individual concerned and the DoH has no involvement.”

The judge’s ruling on whether the GMC will be permitted to investigate Professor Young over his conduct has not yet been made.