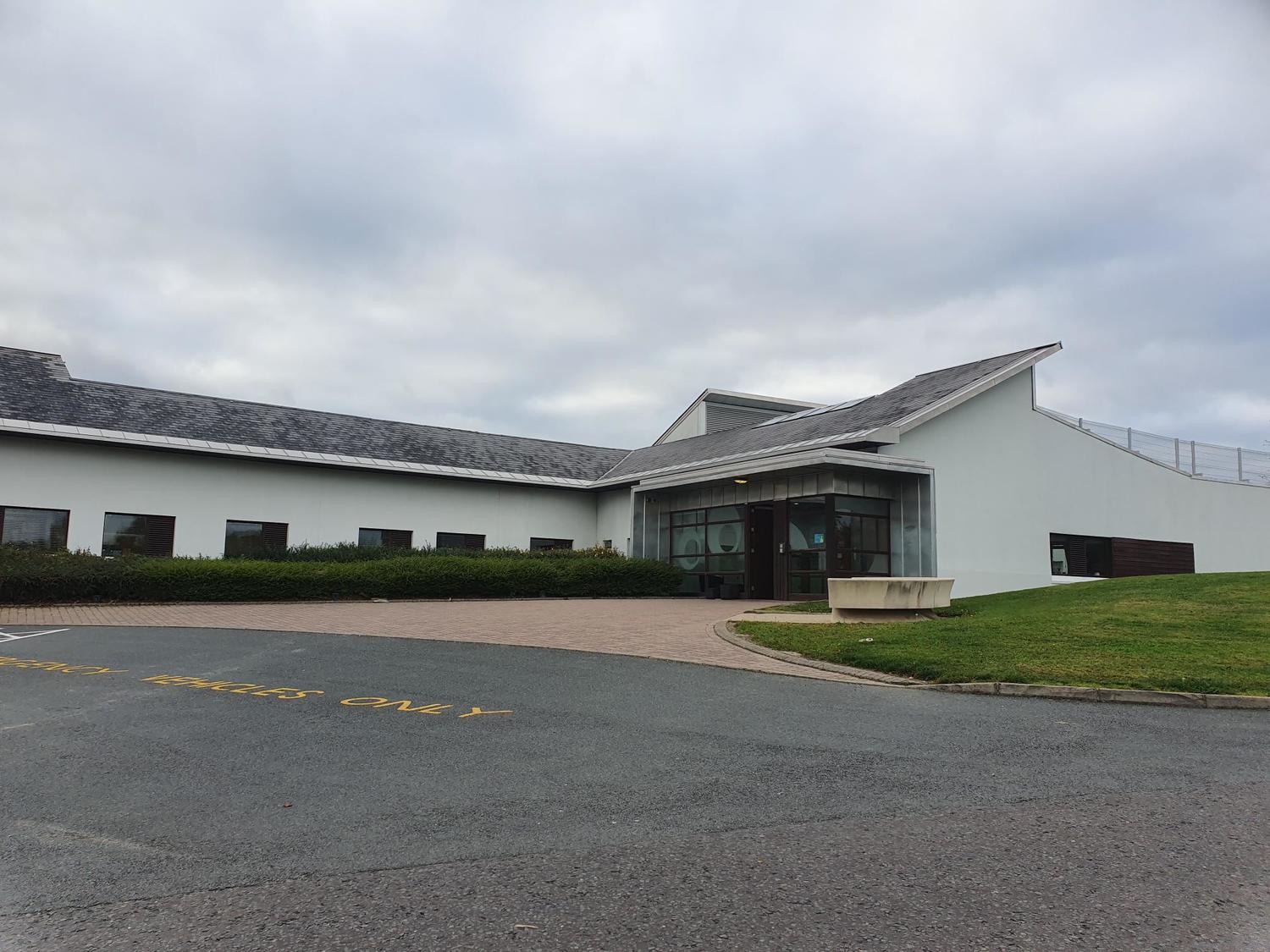 A secret inspection report into Northern Ireland’s only secure care centre raised “serious concerns” about staff’s treatment of the teenagers who reside there.

This report, uncovered by The Detail, highlights problems relating to young people in Lakewood Regional Secure Care Centre in Bangor, County Down, being sent to confinement and staff members’ poor record-keeping of major incidents, for instance, when they physically restrained the teenagers.

Using solitary confinement on children, i.e. under 18s, is “strictly forbidden” by the United Nations (UN).

The UN has also stated that the restraint of children should only be used when "all other means of control have been exhausted...when the child poses an imminent threat of injury to him or herself or others”, with the minimum necessary force for as short a time as possible.

However, the South Eastern Health and Social Care Trust (SEHSCT) – which is responsible for Lakewood – has defended staff's use of restrictive methods on the teenagers in the facility.

Concern over staff numbers and skill-levels, the poor management of the young people’s behaviour and the inadequate processes by which staff attempt to improve the outcomes for the teenagers in Lakewood were also recorded as problems in the inspection report.

Lakewood is home to both male and female teenagers, aged between 13 and 17, who have no other appropriate alternative living arrangements. Problems in Lakewood have been repeatedly recorded, with little sign of improvement, for years.

Koulla Yiasouma, the Northern Ireland Commissioner for Children and Young People (NICCY), told The Detail: “It is distressing that restrictive practices appear to continue to be used inappropriately.

“All such incidents should be properly recorded to enable thorough scrutiny by management and independent agencies such as NICCY and the Regulation and Quality Improvement Authority (RQIA).”

Ms Yiasouma also said restrictive practices, like confinement and physical restraint, should only be used on young people if there is “clear evidence” it’s in their best interests.

The commissioner added: “Depriving a child of their liberty must always be a measure of last resort. How they are treated in such institutions must be rights compliant and closely scrutinised and monitored.”

The Lakewood report was produced by the RQIA, following its most recent inspection of the young people’s care and residential facility, in September/October 2020.

While the inspection was conducted over 12-months ago this is the first time these findings have come into the public domain, because the RQIA – which has oversight of Lakewood – does not publish its inspection reports relating to children’s services unlike its reports of adult services.

The RQIA told The Detail its rationale for this is to “protect and respect...the privacy of vulnerable children and young people”, but that it’s considering publishing such reports in the future provided it can maintain confidentiality requirements.

However, the RQIA was able to release the Lakewood report to The Detail – under Freedom of Information (FoI) legislation – with only minor redactions necessary to ensure the identities of the young people in Lakewood were shielded.

The inspection report included 14 ‘areas for improvement’ issued to Lakewood by the RQIA.

Of these, 12 represent repeated failings which were “restated during previous inspections” with “insufficient progress” being made to “achieve compliance” in these areas.

For example, the inspection resulted in the fourth time an area for improvement – regarding the use of restrictive practices – was issued to Lakewood, with concerns about their use becoming “common and standard”.

It also represented the third time the RQIA issued an area of improvement in relation to; staffing skill and number levels, record-keeping in general (and regarding the use of restraint specifically) and on methods for improving the outcomes for the young people.

The RQIA said it takes its safeguarding responsibilities “very seriously” but stated the issues can be “very complex” and varied.

Meanwhile, it has been maintained by the SEHSCT that the use of restraint in Lakewood is only a “last resort” when there is “significant risk of harm to young people and staff” and that it remains in line with a regionally recognised programme of ‘therapeutic crisis intervention’. 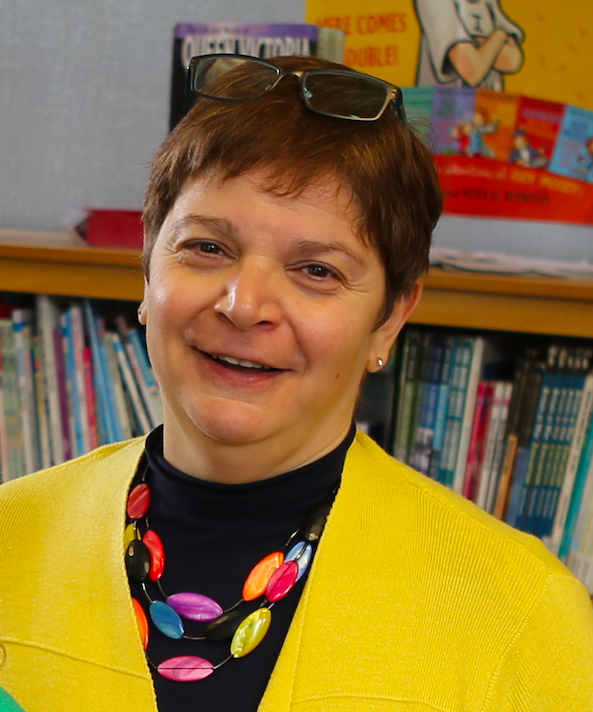 Young people's commissioner Koulla Yiasouma has expressed concerns about the findings from the Lakewood inspection.

In addition, the trust said staff only adopt the “use of confinement or physical restraint” when the teenagers are “very aggressive” and exhibit “dangerous behaviour which is more than likely going to cause serious harms to themselves or others”.

However, the SEHSCT failed to outline both the range of physical restraint methods adopted by staff on the teenagers in Lakewood and the longest period of time – in the last year – that the facility has kept a young person in confinement.

Despite the UN forbidding the solitary confinement of children, the trust stated: “The duration of confinement is directly proportionate to the level of risk that the young person poses to themselves or others.

“This is continuously risk assessed and when the young person is safe and ready to do so, the confinement is ended as soon as possible. This is always to keep the young person and other young people safe.”

The SEHSCT also declined to state the type of rooms which the teenagers in Lakewood are sent to when they are being confined. In addition, the trust failed to outline the size of the rooms which are used for confinement, nor would it say all the facilities and objects which these rooms contain.

It was, however, maintained by the trust that confinement in Lakewood occurs in a “safe, settled” area which has “reduced triggers and provides them (the teenagers) with an opportunity to regulate their emotions as well as gain support from staff”.

A meeting between senior staff, on behalf of Lakewood, and the RQIA was held on September 7, 2020 – a number of weeks before the latest unannounced inspection of the facility.

Lakewood was notified, at this meeting, of the RQIA’s formal intention to serve two ‘improvement notices’ on the young people’s secure care centre.

This meeting followed a number of serious incidents, which were reported to the RQIA, which had occurred in Lakewood. However, the RQIA has failed to outline what these serious incidents were.

On October 22, senior staff from the SEHSCT held a teleconference to discuss the RQIA’s findings during which the trust provided the organisation with a “full account of actions taken and to be taken by Lakewood”.

While the RQIA issued 14 areas for improvement, improvement notices – which it had previously intended to issue and which are more stringent – were not in the end served to Lakewood.

The RQIA also believes there has been progress in Lakewood in the last 12 months. The organisation said it has established this through its receipt of “monthly monitoring reports, ongoing analysis of relevant data and regular meetings”.

However, the RQIA has not inspected Lakewood since the report we uncovered was published – though it said “further inspection activity” is planned in 2021/22.

Young people’s commissioner, Koulla Yiasouma, said her office was “alerted to concerns about Lakewood” by the RQIA in 2015.

Meanwhile, the Children's Law Centre raised concerns about the use of restrictive methods in Lakewood with the UN Committee on the Rights of the Child in 2016.

When asked why so many of the same problems with Lakewood have occurred repeatedly, over years, the SEHSCT called secure care provision at the facility “complex”.

Ms Yiasouma believes “there is still a long way to go” as Lakewood’s problems are “longstanding and require more fundamental reforms”.

One planned reform, proposed by the Department of Health (DoH) and Department of Justice (DoJ), is for a joint regional care and justice campus which would incorporate both Lakewood and Woodlands Juvenile Justice Centre which is also in Bangor.

The departments’ consultation document stated the plan will provide a “safe, secure and therapeutic environment focused on achieving stability, and preparing for a return to the community in the shortest time-frame”.

The Children’s Law Centre also raised concerns that all the young people in such a campus wouldn’t have the “same legal status or legal entitlements” which could cause confusion for them and for the “planning process for exiting the campus”.

In addition, the children’s rights organisation said Lakewood doesn’t possess the “range of services for drug and alcohol issues” that its teenagers require which “deprives them of their liberty because of a paucity of appropriate health provision”.

The DoH and DoJ declined to comment on these concerns.