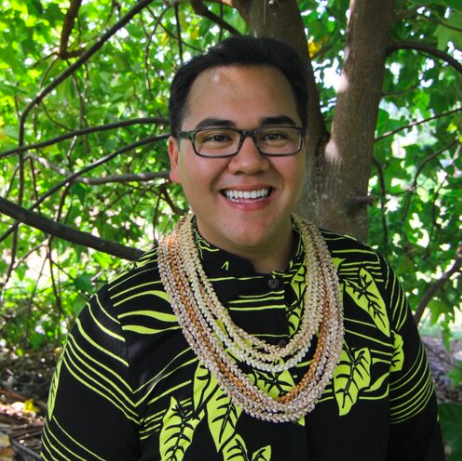 AN appeal has been made for the return of two human skulls from Hawaii, brought to Belfast in 1911, which are currently held by National Museums NI.

National Museums NI has 67 human remains or artefacts, which are in some way made-up of human remains, in its ‘World Cultures’ collection connected to the Ulster Museum.

This includes skulls, jawbones, teeth, bones and mummified remains of people from other countries – but also, for instance, water carriers tied together with human hair and a wooden bowl with a human bone and tooth inserted into it.

Of the 67 human remains/human remains-based artefacts, 28 are from Egypt such as the Lady Takabuti mummy – as well as the mummy coffins of Tosmuther and Khonsirinaa.

However there are also 13 from Polynesia, six from Australian Aboriginal cultures and two from indigenous people from North America.

Holeka Inaba, a member of Hawaii’s District 8 County Council, questioned: “What point does National Museums NI, having those Hawaiian skulls or body parts from other cultures around the world, serve?

“Hawaiian culture and people have endured colonisation by western people, and we deserve for those skulls to be returned home – to enrich the culture that we have left – whether or not we know exactly how they ended up where they are now.”

The Australian Government’s Office for the Arts told us it recognises that repatriation “helps promote healing and reconciliation for Aboriginal and Torres Strait Islander peoples”.

We were also told: “For more than 30 years, the government has sought the return of Aboriginal and Torres Strait Islander ancestral remains (ancestors) from collecting institutions and private holders overseas.

“During that time, more than 1,600 ancestors have been returned, including 1,260 ancestors from the UK.”

In addition, the Australian Office for the Arts said it sees repatriation as a “decision to be made voluntarily by overseas governments, institutions and private holders informed by the wishes of Aboriginal and Torres Strait Islander peoples”.

However, the office also stated that it’s committed to supporting the “repatriation of ancestors to Australia and, where known, their communities of origin”.

A spokesperson for National Museums NI said that most of these 67 human remains/human remains-based artefacts were acquired in the 19th and early 20th centuries, “through the Belfast Natural History and Philosophical Society” which predated the foundation of the Ulster Museum.

National Museums NI also said it’s “not unusual for museums to have human remains in their collections”.

Meanwhile, the Wellcome Collection – a museum and library in London – recently agreed to repatriate Hawaiian human remains believing there’s a good chance they were “removed from Hawaii under conditions that would be considered highly unethical today”.

The Wellcome Collection said: “Human remains are clearly of great significance for Native Hawaiian people and the care of ancestral human remains stands at the centre of their culture, both historically and today.”

In contrast, National Museums NI said: “When the public visit the Ulster Museum or when researchers visit the stores with prior approval, they encounter human remains having made a choice to do so and the remains are presented sensitively, in context, and for the purposes of furthering knowledge and understanding.”

The organisation also felt allowing us to take photographs of the Hawaiian skulls which it possesses would be “unethical and inappropriate”.

Hawaiian local government representative, Holeka Inaba, feels that the skulls do not have an “educational purpose” in Northern Ireland. He added: “There’s a respect in honouring our culture that needs to be acknowledged, that hasn’t been acknowledged.

“Whether or not the skulls have significance in Northern Ireland doesn’t matter because our culture believes things like that need to be respected by being returned.”

National Museums NI did previously repatriate a Maori head to New Zealand in June 1991 “following a request from the New Zealand High Commission in London, which was acting on behalf of the National Art Gallery and Museum of Wellington, New Zealand”.

A National Museums NI spokesperson maintained the organisation follows the relevant legislation, ethical standards and “best practice guidelines” in relation to its possession of human remains, and does not hold any human remains under 100 years old.

National Museums NI also referenced that current attitudes “towards the treatment of human remains” are “markedly different” from when the human remains were acquired.

The spokesperson added: “Whilst the motivation behind the acquisition of ethnological material generally can appear strange today, it reflected a curiosity about the wider world and a desire to present diverse cultures in Belfast.

“Of course the European bias and power imbalances that characterised this collecting leave a complex and sensitive legacy to address today.”

We previously reported on how National Museums NI says it holds 4,500 objects, 800 of them from Africa, in its World Cultures collection which is connected to the Ulster Museum – but told us it had no plans to repatriate any to their countries of origin.

While National Museums NI has been involved in discussions around the restitution of African objects since the summer of 2020, a spokesperson had said there is “no guarantee” it will repatriate these items.

However, National Museums NI did say it was “willing and open” to enter into dialogue about the subject “in a general sense and in terms of specific objects”, and that it continues to engage in discourse on these issues.

In addition, the agency has now said that it anticipates restitution will come as a result of its engagement with the Australian Institute of Aboriginal and Torres Strait Islander Studies.

This is the latest in a series of articles which The Detail has partnered with the Belfast Media Group to produce.

Each of these articles examine the historical connections between some of our local institutions and slavery, and colonialism.

We previously reported on how Queen’s University Belfast is examining the background of the institution’s historical benefactors, to establish whether they had any links to slavery and how the Stormont Executive was criticised for failing to progress plans to acknowledge racial inequality.