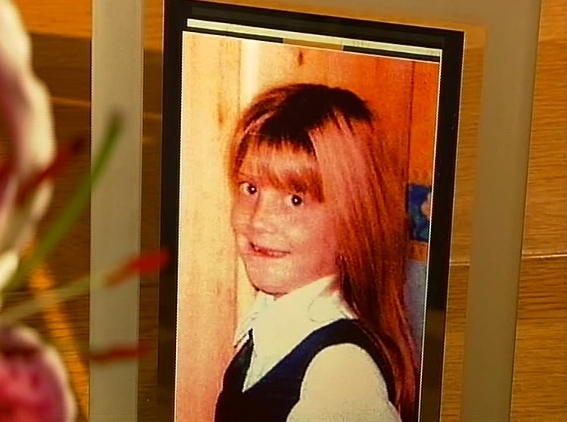 THE Nursing and Midwifery Council has ruled out any further action against nurses whose care was the subject of criticism following a public inquiry into hyponatraemia-related deaths.

The Detail can reveal that the regulatory body for nurses has concluded inquiries into the fitness to practice of five nursing staff involved in the care of nine-year-old Raychel Ferguson, who died from hyponatraemia in 2001.

The hyponatraemia inquiry examined the deaths of five children treated in hospitals in Northern Ireland between 1995 and 2003.

The final inquiry report, published in January, found that four of the five hyponatraemia-related deaths occurred because of “negligent care” and were avoidable.

The report identified gaps in the management and treatment of hyponatraemia, a condition in which the concentration of sodium in the blood falls below safe levels.

The Nursing and Midwifery Council (NMC) this week informed Raychel Ferguson’s family that it would not be taking any further action against nursing staff involved in the young girl’s care.

Raychel died in June 2001 after being admitted to Altnagelvin Hospital with abdominal pain. The nine-year-old became unwell after an operation and was later transferred to Royal Belfast Hospital for Sick Children, where she later died.

Expressing disappointment over the council’s decision, Raychel Ferguson’s mother, Marie, has called on the NMC to review its decision.

Mrs Ferguson told The Detail: “I will take this decision of inaction from the NMC further and I will ensure there is accountability for my daughter.”

The nursing regulator confirmed that nursing staff involved in Raychel’s care continue to work in the Western Health and Social Care Trust but have not been the subject of complaints, serious incidents, or disciplinary actions since 2001.

In a letter to Raychel Ferguson’s mother the council stated: “We fully accept that the failures in the care were very serious and the outcome for Raychel and your family was devastating.”

NMC, however, said it assessed whether nursing staff were likely to put patients at risk of harm in the future and concluded that the nurses involved “did not appear to knowingly take a risk with Raychel’s care”.

A senior investigator for NMC advised Mrs Ferguson: “We took into account the public inquiry findings, which identified that there were serious failures with the care each nurse provided to Raychel and they were criticised for failing to recognise and react to her illness.

“The inquiry found that the nursing team had not considered whether Raychel’s condition was deteriorating, despite all of the warning signs. The nurses caring for Raychel were found to have failed to properly monitor and record her vomiting and fluid balance, they had not sufficiently escalated concerns or relayed relevant information to medical staff.”

NMC said any failings had since been “appropriately” addressed through hyponatraemia awareness and training for nursing staff and other measures taken by the Department of Health and health and social care trusts.

The regulator stated: “These allegations are extremely serious, however we’ve concluded that the failings identified have been addressed and so there’s no further action we can take at this time.”

Mrs Ferguson has requested the nursing body to furnish all information gathered as part of the fitness to practice reviews and did not rule out taking legal action in the future.

“I’m absolutely disgusted by the response of the NMC. I don’t understand how the NMC can recognise that there were serious failures in the nursing care given to my daughter, Raychel, and then not take any further action.

“Raychel died as a result of the negligent care she received. I was informed that her care was in line with standards and she received good care; something which has been proven untrue. My daughter went into hospital a healthy child and subsequently died due to the care she received.”

Mrs Ferguson added: “I have fought for the truth for 17 years and will do another 17 years if it’s necessary to ensure that people are held to account. I’m not going away and this is not over yet.”

See the following link for full coverage of hyponatraemia-related deaths by The Detail -https://www.thedetail.tv/investigations/hyponatraemia-inquiry