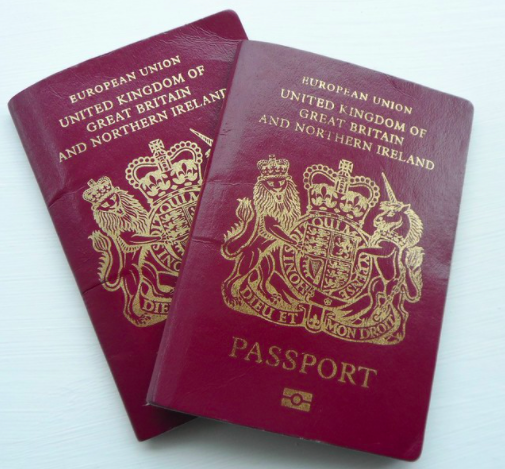 There was a steep rise in applications from 2012 when the Home Office changed how its immigration rules affect people in Northern Ireland.

From that year onward, people in Northern Ireland who wanted to apply for residency permits for their foreign spouse or partner were essentially put into two camps.

Because the UK system was much stricter than the EU one, and because the Home Office took the position that all people from Northern Ireland were automatically British, the immigration policy “openly encouraged renunciation of British citizenship, often forcing people into a brutal choice between their citizenship and having their family members with them”, Úna Boyd, immigration advisor of the Belfast-based Committee on the Administration of Justice (CAJ), said.

People in Northern Ireland can, like those elsewhere in the UK, bring their family members to the UK under family immigration rules, if they meet the requirements.

However many families are unable to meet these requirements, according to research by the Migration Observatory at the University of Oxford, in particular the “minimum income threshold” which means that an applicant had to make at least £18,600 a year (more if they have children) if they want to sponsor their partner to live here.

The rules have a disproportionate effect in different regions of the UK. While only 27% of people in London can’t meet that income salary, in Northern Ireland it is almost 50%.

Sarah Henry, an immigration lawyer in Newry, said that she had Northern Irish clients wishing to have their foreign spouses join them but who were unable to meet the UK rules.

While some moved to other countries or had to separate, others previously saw renouncing their British citizenship as the only – while far from easy – option.

She said: “There's certain sensitivities here in Northern Ireland around identity and citizenship. It is what makes us very unique in these islands, when it comes to this type of discussion.

“On one hand, they really want to support their family members and their family as best as they can and access the best form of residency for them. But on the other hand they feel it's a big decision and a big commitment.

“A lot of people would have said if we renounce our British citizenship, what happens in the future? Will it impact our children? It's that level of uncertainty that worries people.”

The Northern Ireland Secretary of State Brandon Lewis would later admit the UK’s approach to family migration law could "create incentives'' for people from Northern Ireland to renounce their British citizenship.

New figures for the last decade obtained through Freedom of Information (FoI) appear to bear this out.

While there were five or fewer applications for each of the years between 2010 and 2012, the number of applications rose steadily reaching around 80 applications per year by the end of the decade. Between 2013 and 2019 over 430 people applied in Northern Ireland to renounce their British citizenship.

Critics of the Home Office's policy have argued it had implications for the Good Friday Agreement, which recognises "the birthright of all the people of Northern Ireland to identify themselves and be accepted as Irish or British, or both".

When Co-Derry native Emma DeSouza applied for a residence card for her US-born husband in 2015 on the grounds that she was an Irish citizen, she was told by the Home Office that she could reapply identifying herself as British or renounce her UK citizenship and reapply as an Irish citizen.

Following a lengthy legal challenge to these rules, by Ms DeSouza, the British Government announced in 2020 that it would create a route to treat people in Northern Ireland – whether holding British, Irish or both citizenships – on broadly the same terms in regards to being joined by their family members through the government's EU Settlement Scheme.

A Home Office spokesperson said the changes were introduced last August to deliver “on the promise we made to the people of Northern Ireland in the ‘New Decade New Approach’ agreement, and showing our unwavering commitment to the Good Friday agreement".

While the Home Office spokesperson said that anyone who has renounced their citizenship can seek to resume it under the British Nationality Act, legal experts say there are “complex and costly” barriers.

Applications would be at the discretion of the Home Secretary, and cost over £1,000 before lawyers fees are taken into account – which is in addition to the original almost £400 to renounce in the first place.

“A free and accessible route back to British citizenship for those who were unfairly forced to renounce under the old policy” was needed, Ms Boyd of CAJ said.

SDLP MP, Claire Hanna, sits on the Northern Ireland Affairs Committee in Westminster, and is currently looking into issues of citizenship and passport process.

She told The Detail: “The Good Friday Agreement is clear that it is the birth right of people in Northern Ireland to be Irish, British, or both, and that this applies to citizenship and not just identity.

“People who have been pushed into this process may rightly feel aggrieved”, she said in response to the figures showing that hundreds from Northern Ireland renounced British citizenship.

“People who want to claim their birth right entitlement to choose British citizenship in addition to their Irish citizenship should not face prohibitive cost or procedure and it must certainly not be at the Home Secretary’s discretion.”

Last week, the Northern Ireland Office said that officials are discussing this matter with the Home Office. The issue was also raised at an evidence session of the Westminster Northern Ireland Affairs Committee.

In response to a question from DUP MP, Ian Paisley, about the impact of the policy, Ms DeSouza said: “I would love to have figures on how many people in Northern Ireland have renounced British citizenship.

"If anyone can try to obtain those figures, I would be very grateful, to give us some idea of how many had to go through that process to begin with.”

Les Allambly, Chief Commissioner at the Northern Ireland Human Rights Commission said that a durable solution to family reunion issues in line with the Good Friday Agreement is still needed because the current solution is “a short term, quick fix”.

He added: “The commission has put forward proposals to deal with the issue which have not gained the support of the UK government to date. The issue will arise again if just left to fester.”