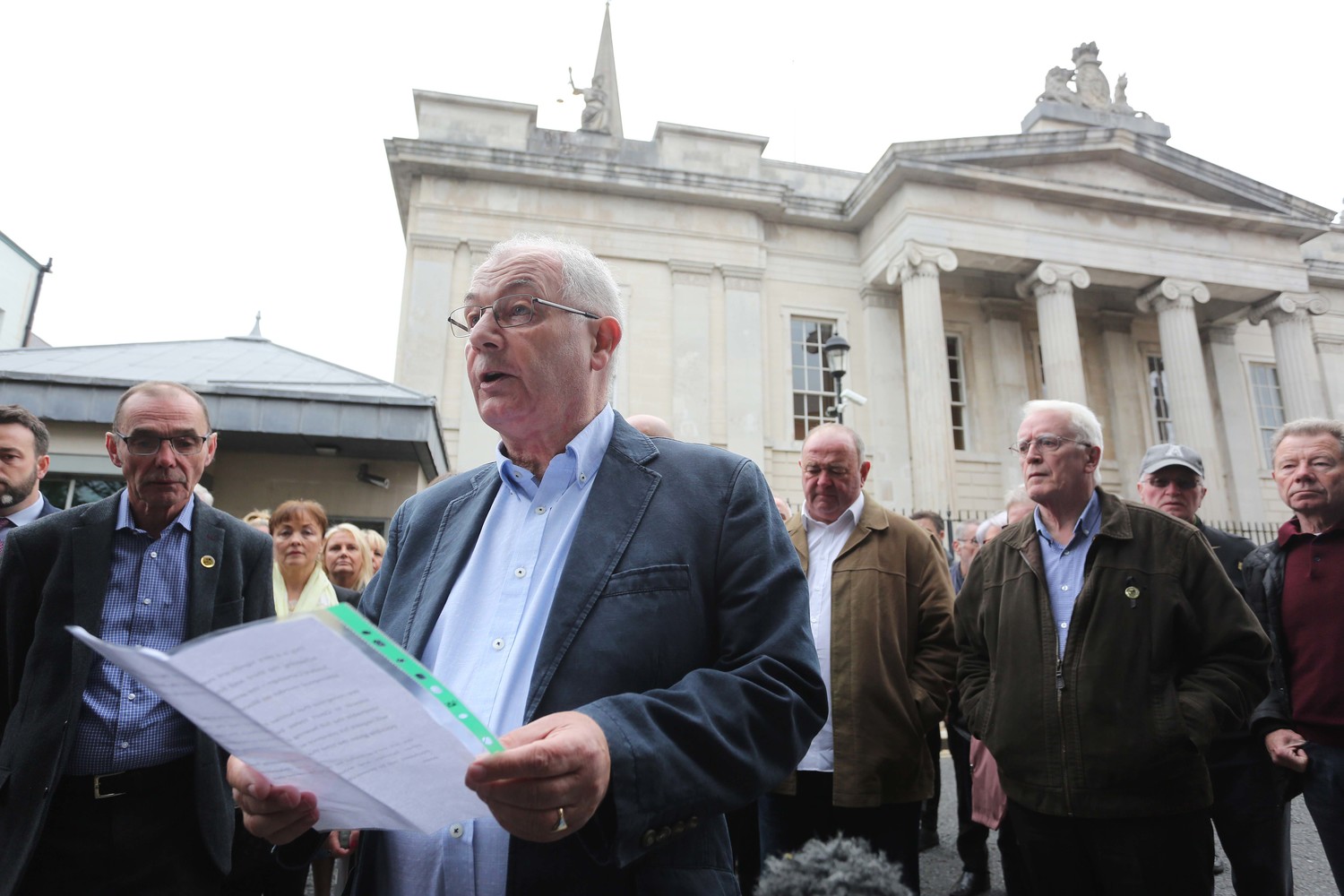 Michael McKinney, who launched the judicial review, reading a statement outside Derry courthouse in 2019. Photo by Lorcan Doherty, Press Eye.

THE decision to discontinue the prosecution of Soldier F has been quashed in the High Court in Belfast today.

Soldier F, who can’t be named for legal reasons, had been charged with the murders of William McKinney and James Wray – plus five additional counts of attempted murder.

However, the Public Prosecution Service (PPS) later dropped the case against the former paratrooper – for his alleged actions in Derry on Bloody Sunday (January 30, 1972).

This was off-the-back of Mr Justice John O’Hara determining in May 2021 that historic statements – given by two soldiers charged with the 1972 murder of Official IRA man, Joe McCann – were deemed inadmissable in court, resulting in the trial’s collapse and the acquittal of both men.

Prosecutors believed this decision would lead to a court asserting that historic statements relevant to the case against Soldier F would, therefore, also be inadmissible – leaving little reasonable prospect of conviction.

As a result, in July 2021, the PPS discontinued its prosecution of Soldier F. However, Michael McKinney – the brother of William McKinney – subsequently challenged this decision by way of judicial review.

This legal challenge has resulted in Lady Chief Justice (LCJ) Dame Siobhan Keegan, today, stating that the PPS decision to drop the prosecution against Soldier F “crosses the threshold of irrationality where it simply does not add up” and that “there is an error of reasoning which robs the decision of logic”.

She, therefore, quashed the PPS decision to discontinue its prosecution of Soldier F and said the case should be reconsidered.

While the LCJ recognised this is a “difficult and highly complex area of law” she said nothing material had changed in the case being brought against Soldier F as a result of Justice O’Hara’s decision in the McCann case.

LCJ Keegan said: “Fundamentally, that case (McCann) did not deal with third party statements, which are in a different category and obviously do not attract the same protection from self-incrimination."

She added that the “swiftest and most effective course” of action could be for a judge to “simply be asked to rule on the admissibility issue”.

In response to the LCJ's decision – the director of the PPS, Stephen Herron, said his team would “take time to consider the full detail of the written judgement” and “its impact on these proceedings”.