Export health certificates issued in Northern Ireland could rise from 49 per day to 5,200 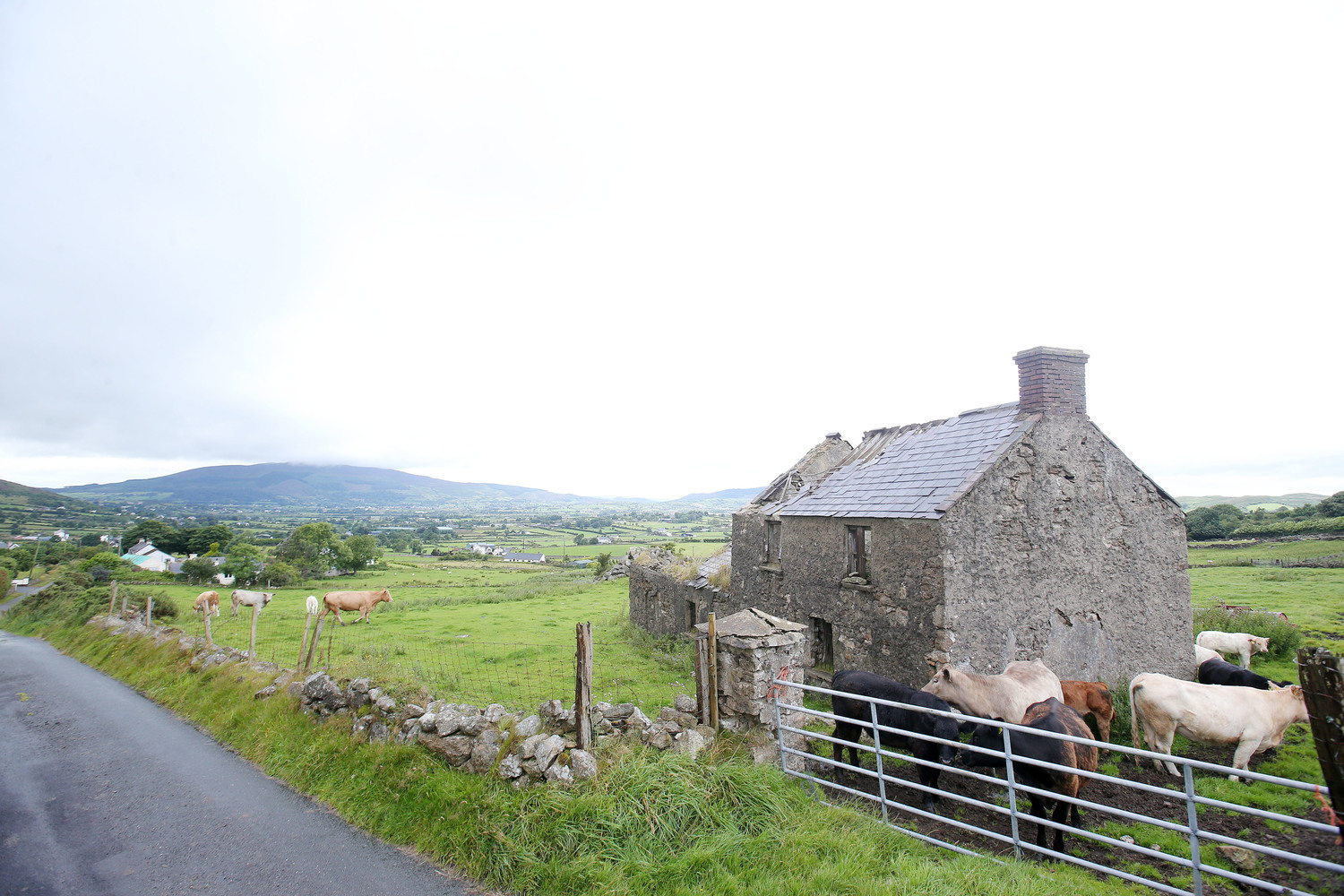 On the border between Northern Ireland and the Republic of Ireland from Co. Down near Newry. Press Eye

JUST 49 export health certificates – required for live animals and products of animal origin – are issued every day, in Northern Ireland, on average. However, that figure could rise to more than 5,200 a day if there’s no Brexit deal.

Many of these certificates will be required for goods set for the Republic of Ireland (ROI) which is Northern Ireland’s biggest export destination.

The Department of Agriculture, Environment and Rural Affairs (DAERA) today warned demand for the certificates is “likely to exceed the capacity” of vets and support staff currently doing the job.

Northern Ireland’s chief veterinary officer, Dr Robert Huey, said: “We have planned for the reasonable worst-case scenario in a no-deal scenario. We have scaled up as much as possible but still, demand may exceed capacity.”

An export health certificate (EHC) is an official document signed by a vet or qualified person to verify that live animal exports and products of animal origin exports meet the health and safety requirements of the importing country.

Currently EHCs are not required for NI exports to EU member states, including ROI.

DAERA has forecast the number of certificates processed could rise from 18,000 to over 1.9 million per annum if the UK leaves the EU without a deal in 28 days.

Prime Minister Boris Johnson’s latest Brexit plan was submitted to Brussels yesterday. The proposal would lead to the creation of two borders – with a regulatory one down the Irish Sea and custom checks between ROI and NI.

In preparation for a no-deal exit on October 31, and to meet the demand for EHCs, DAERA has:

The department has also provided training to enable the 11 local councils to increase their capacity to provide EHCs for fish and eggs and it has allocated £2million funding to local authorities for this work.

Those who will process EHCs for fish and egg-based products will be environmental health officers (EHOs) whereas those who will do so for other products of animal origin will have to be authorised veterinary inspectors (AVIs). Not all vets in NI are trained as AVIs.

Correspondence sent to Fermanagh and Omagh Council by DAERA, seen by The Detail, shows the department estimates that employing staff to issue these EHCs – for just fish and egg-based products – is expected to cost £1,018,640, in total, per year.

The documentation also reveals that Newry, Mourne and Down Council (NMDC) is likely to have to process the highest number of EHCs for fish and egg-based products if there’s a no-deal Brexit.

A council spokesperson confirmed to The Detail: “Council recognises the challenge Brexit imposes on businesses and wish to support them at this challenging time through the provision of this service.

“DAERA has agreed to provide funding, in the event of a ‘no-deal’ exit from the EU, for the council to resource the issuing of EHCs.

“Staff and other resource costs in relation to planning for a no-deal EU exit have to be met by NMDC.”

DAERA said it hopes to continue as the primary processor of EHCs for meat and dairy products, aiming to increase its capacity from 18,000 certificates per year to 400,000.

Meanwhile the department has confirmed to The Detail that businesses will not be charged for the actual certificate.

However, industry leaders have warned the changes will have a major impact on businesses that export to the EU. 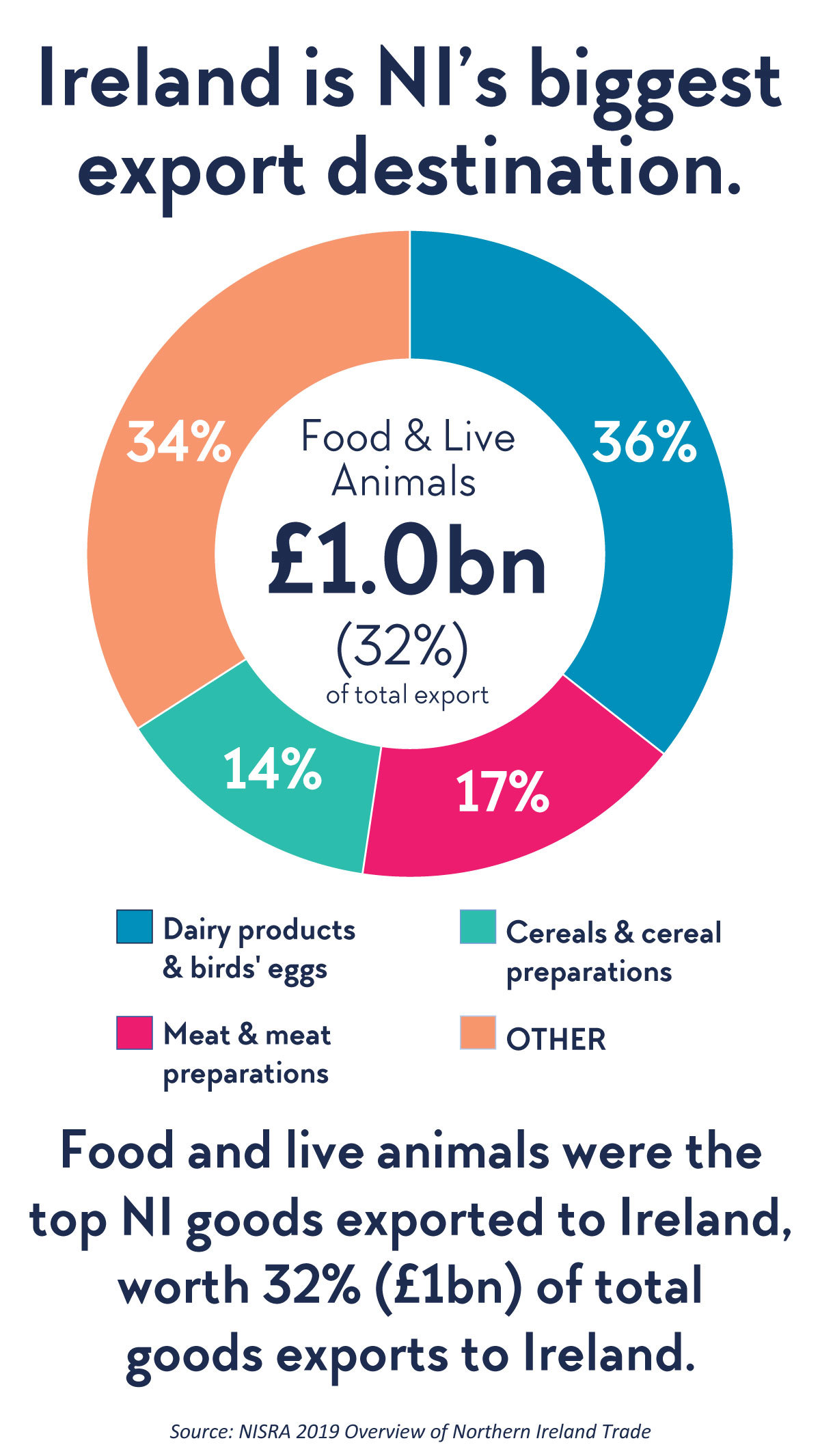 The Department for the Economy (DfE) published a report in July 2019, called ‘Northern Ireland Trade and Investment Data Under No Deal’ spelling out the potential risks of Brexit, particularly to the agri-food sector.

The report stated: “There is significant danger that most of this (agri-food) trade could stop in a no-deal scenario.

“It is unlikely that small firms involved could cope with the assurances and requirements needed (particularly for complex food products, e.g. sandwiches which may include imported ingredients) to allow EHC providers to sign off on accompanying EHC.

“Secondly, under current EU law products of animal origin, and higher risk food products not of animal origin, imported from third countries must enter the EU via a border inspection post (BIP). There are no plans for a BIP on the NI/Ireland land border.

“Furthermore, it is unclear if the Irish authorities are ready to receive and process the large number of EHCs needed to ensure current flows of food from NI to ROI could continue legally.”

The paper compiled by the Northern Ireland Civil Service also said in relation to the impact on Northern Ireland’s trade with Ireland and the EU: “Key industries most at risk from no deal represent around 525,000 employee jobs in NI.

"Based on an assessment of employment size against EU export exposure, it is estimated that at least 40,000 jobs within these industries have a heavy reliance on continuing EU exports.

"The stark reality is that many of these jobs could disappear almost overnight, especially in industries such as agri-food and haulage.”

Declan Billington is the former chair of the Confederation of British Industry in NI and is also the CEO of Thompsons animal feed suppliers.

He told The Detail: “EHC numbers are calculated by delivery drops and range of products. If a lorry is delivering five different products for five different destinations, you need 25 certificates. 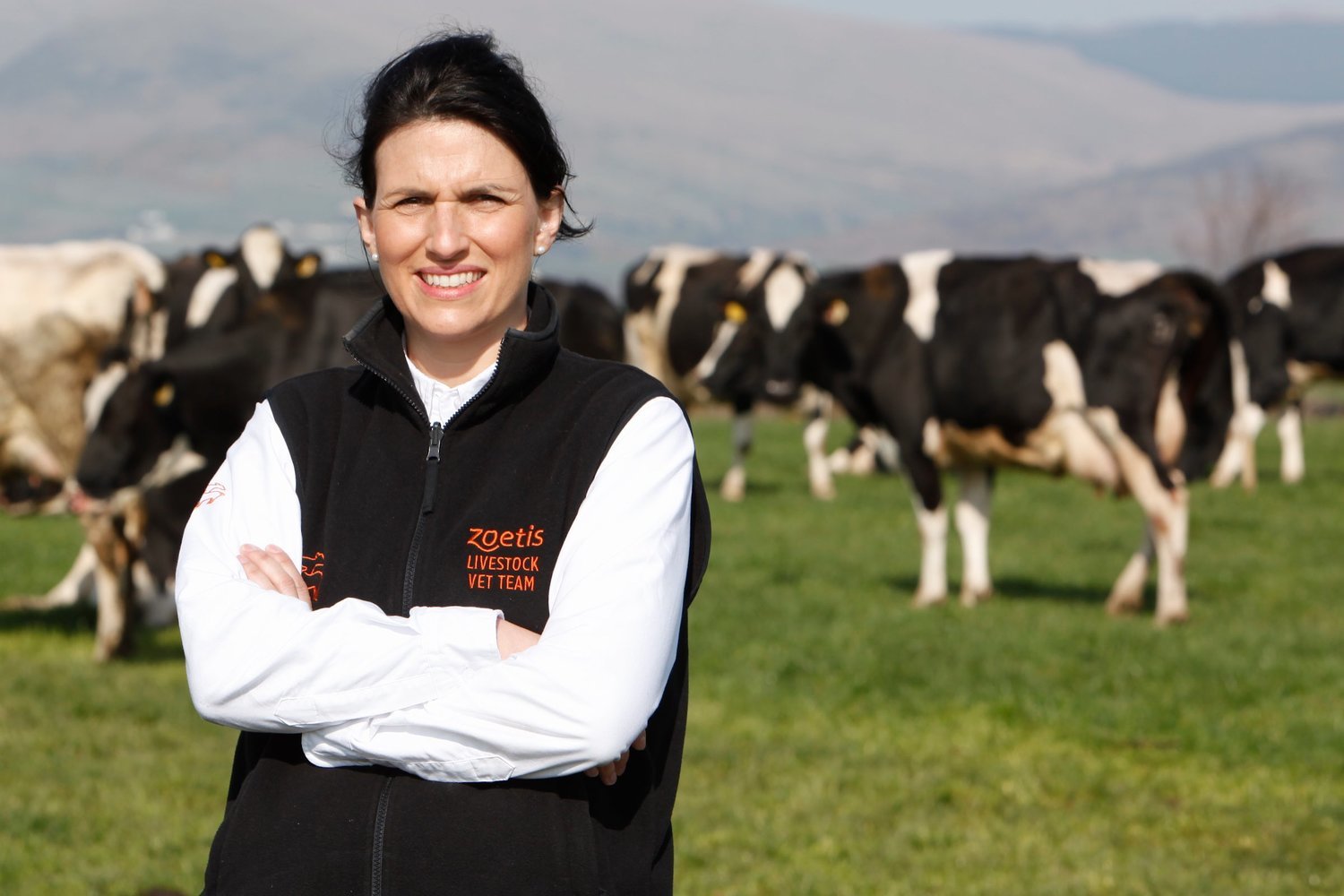 Aurelie Moralis: President of NI branch of BVA and NIVA. Photograph by Fotacol

The responsibility for processing EHCs will fall mainly with veterinarians. Aurelie Moralis is the president of the British Veterinary Association’s Northern Ireland branch.

She said: “Uncertainty over the UK’s future status will put additional pressures on an already overstretched profession, so it is essential in the event of a no-deal scenario that the government gains listed status for the UK as a matter of urgency.”

DAERA held the first of four Brexit contingency planning events on September 12, 2019 in the Tullyglass Hotel in Ballymena.

Businesses and individuals working in the agri-food sector, which the UK Government’s Yellowhammer report stated is likely to be the country’s mostly badly hit area of business, had to register to attend the event.

As well as DAERA, representatives from HMRC, the Northern Ireland Environment Agency (NIEA), the Forest Service NI, Invest NI, local councils and the Food Standards Agency were on hand to provide advice. EHCs were a key theme of the presentation.

Event attendee Seamus Mullan, an employee of the Karro Food Group in Cookstown, told The Detail: “I suppose the most difficult thing about Brexit is that we are trying to prepare for an eventuality which may not transpire.

“Nothing is concrete at government level. There is also a big uncertainty about the border and what will happen. Everything is still up in the air.”

Karro Food employs about 1,000 people. Its website states it is “one of the UK’s leading pork processors”.

The deputy president of the Ulster Farmers' Union (UFU), Victor Chestnutt, was also in attendance at the event. He is a fourth-generation livestock farmer from Bushmills.

Calling the prospects of a no-deal EU exit “horrendous,” Mr Chestnutt added that the margins in the agri-food sector are so fine already.

He said: “We can’t do a lot to prepare because people don’t know what is going to happen. While farming is carrying on as normal at the minute, there’s definitely an increased nervousness about the future.”

Derek Williamson, DAERA’s Brexit contingency planning director, told The Detail outside the event that his department had contributed to the Yellowhammer report.

He added that trading patterns will be affected by a no-deal Brexit but that DAERA can’t predict exactly how they will change.

Mr Williamson said: “We’ve been clear that in a no-deal scenario, small to medium sized businesses and microbusinesses will be the worst impacted.

“Their margins are the finest and they have the least capacity to adapt to additional logistical pressures.”

Receive The Detail story alerts by email
A river runs through: All that divides the adjoining towns of Pettigo and Tullyhommon is the River Termon. Brexit could change that....
​​PSNI admits it should have told Loughinisland journalists about review which criticised handling of their arrests