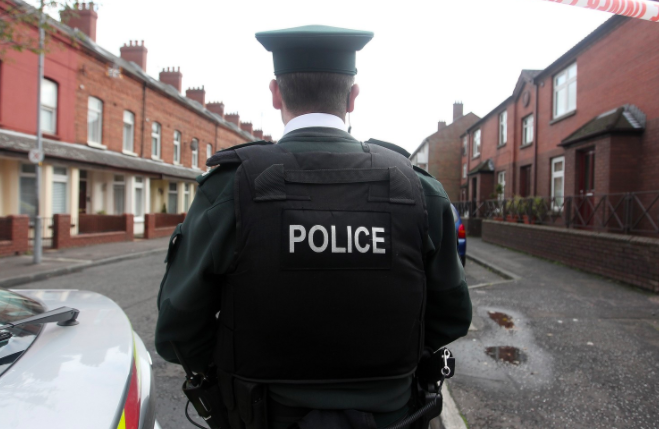 THE Police Service of Northern Ireland (PSNI) strip searched under-18s on 34 occasions last year with the overwhelming majority of these actions resulting in the force finding nothing.

Claire Kemp, a policy officer at the Belfast-based Children’s Law Centre, told The Detail the findings are “deeply shocking and concerning”, and that the PSNI should stop strip searching under-18s immediately as the practice represents a “fundamental breach of children’s rights”.

PSNI policy states: “A strip search may take place only if it is considered necessary to remove an article which a detainee would not be allowed to keep, and the officer reasonably considers the detainee might have concealed such an article.”

However, in 14 of the 34 cases of under-18s being strip searched in 2021 – the PSNI has been unable to provide any justification for why these strip searches were conducted, even though officers are obligated to record this.

Police also found no drugs, weapons or anything else harmful as a result of almost all (31/34) of the strip searches officers carried out on under-18s last year.

They found drugs due to strip searches in three such instances.

Ms Kemp, from the Children’s Law Centre, called these statistics “worrying”. She also said: “It is difficult to think of a situation where the strip searching of children could ever be justified.”

Senior criminology lecturer from Queen’s University Belfast (QUB), Dr John Topping, questioned whether the “use of strip search against children is necessary when the outcomes are so objectively low”.

The academic, who has expertise on the PSNI’s use of such powers, also said strip searching is “hard to justify on any grounds as an effective power in dealing with children except in the most necessary of circumstances”.

He told The Detail: “The overall numbers of strip searches conducted by PSNI against children are relatively low.

“However, it is vital to remember on an individual level and particularly for children – that these are significant incursions into privacy and dignity as part of being detained.”

PSNI Chief Superintendent Sam Donaldson said: “Unfortunately there are occasions when it is necessary and proportionate for police officers to conduct strip searches of under-18s”, but that they are only conducted “when authorised by a custody sergeant and are carried out in a place of privacy by a suitably qualified/trained officer of the same sex, giving appropriate respect to preferred gender identity, as the individual being searched”.

He also said the PSNI’s ‘Policing Powers Development Group’ will look at the data uncovered by The Detail and that “any trends or issues arising will be addressed”.

The senior police officer added: “We continually seek to learn and improve the processes we employ to help keep our communities safe and will always take on board any learning from the experience of others.” 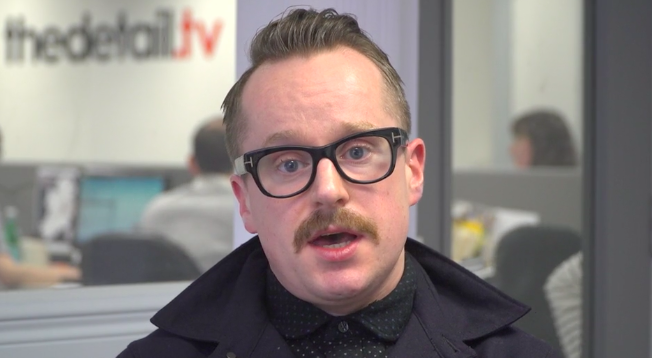 Processes and procedures for the operation of strip searches sit within the Department of Justice (DoJ) PACE (NI) Order 1989 Code of Practice C.

This code stipulates that officers must be of the same sex, that the search must carried out with at least two people present and that one of those present must be an appropriate adult.

The Detail accessed this strip search data by submitting a Freedom of Information (FoI) request to the PSNI following the controversy surrounding Child Q, a 15-year-old black girl who was taken out of an exam in her London school as teachers wrongly suspected she smelt of cannabis.

Child Q was subsequently subjected to a strip search by Met Police officers who found no drugs after making her expose her intimate body parts while she was menstruating.

QUB’s Dr John Topping said the “issue of strip searches by the PSNI chimes with the case of Child Q” which he called an “extreme example”.

The academic also said it remains vital that the “rights of the child are foregrounded in any interaction with police”.

He added: “We already know children, young males from socio-economically deprived backgrounds, are subject to disproportionate stop and search.

“So it does not take a great leap of the criminological imagination to consider that such patterns may be reflected in strip search figures.”

She also said that the practice is not in the child’s best interests and therefore constitutes a “breach of the United Nations Convention on the Rights of the Child”, and “raises safeguarding concerns”.

Ms Kemp continued: “Given the particular vulnerabilities of children and young people, particularly those who end up in custody, we would also consider the strip searching of children to be a clear breach of Article 3 of the European Convention on Human Rights, which covers torture and inhuman or degrading treatment.

“It is also a breach of the child’s right to privacy, Article 8 of the European Convention on Human Rights.”

In addition, the PSNI has recorded that officers only carried out three strip searches on under-18s in 2020 – 31 fewer than 2021. Chief Superintendent Donaldson said lockdowns during the pandemic period are responsible for this difference.

However, it was only in 2020 that the police began recording this information centrally. The PSNI was unable to provide data on strip searches of under-18s dating back any further than this.

Dr Topping said this approach “makes it difficult to account for data accuracy over longer periods of time, or between years” and that “without accurate records, the PSNI cannot make unqualified claims about the protection of children’s rights”.

The criminologist also said that this data not being recorded centrally until recently “raises very significant issues about process and, therefore, the appropriateness of the search”.

PSNI Chief Superintendent Sam Donaldson said strip searches are “not a routine activity and on those occasions such searches are deemed necessary, they are conducted in line with the law, in accordance with our code of conduct and in the presence of an appropriate adult".

The senior police officer also said: "Every reasonable effort is made to minimise embarrassment.”