PSNI has third highest stop and search rate in UK 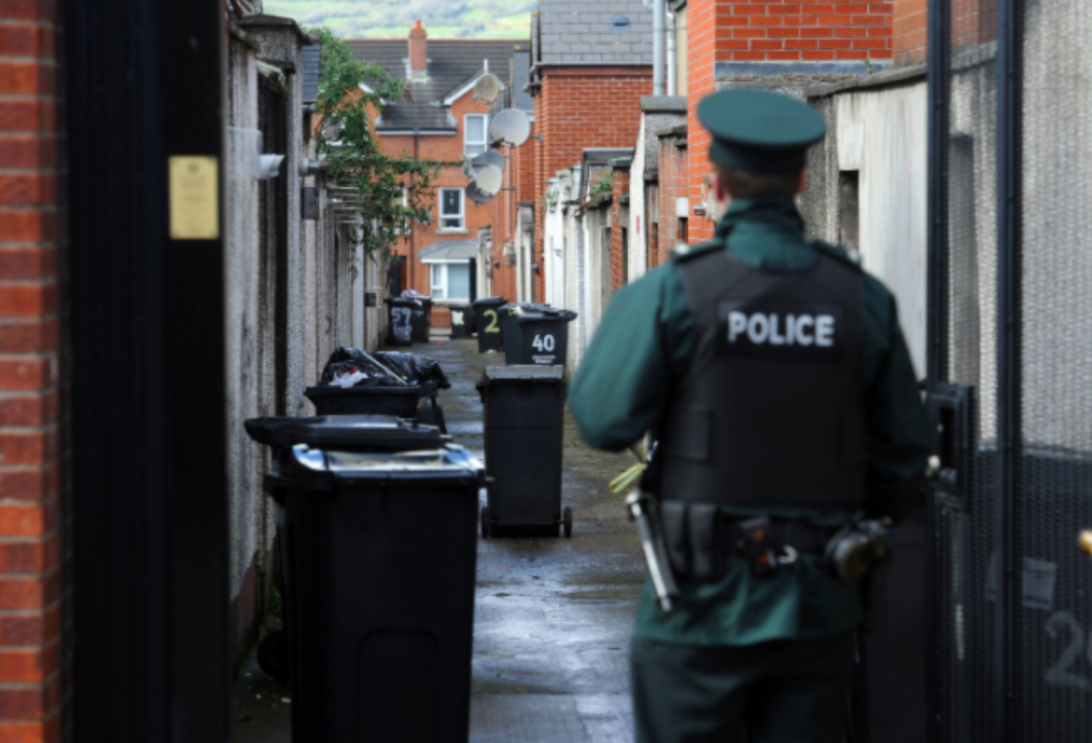 The Police Service of Northern Ireland (PSNI) have one of the highest rates of using stop and search in the UK but the lowest arrest rate, according to an investigation by VICE World News and The Detail.

Over 25,000 people were stopped and searched in Northern Ireland by police last year, new figures show.

When compared with police forces in England and Wales in 2019/2020, Northern Ireland has the third highest rate of stop and search – behind only London and Merseyside.

Meanwhile, just 6% of searches, in Northern Ireland, led to an arrest last year.

Not only does the data show the frequent use of stop and search, but also that the police disproportionately target ethnic minorities and children.

Young people make up the majority who are stopped and searched. 46% of stops were of people aged 18 to 25. The already low overall arrest rate of 6% following a stop and search in 2020 drops to just over 4% for young people.

Looking beyond the already stark headline figures is important, said Dr John Topping, a senior lecturer in Criminology at Queen’s University Belfast and an expert in stop and search.

“Stop and search is not felt generally, it is felt very specifically and unevenly by particular groups in society”, said Dr Topping. “If you are from a social-economic deprived background you are 2.5 times more likely to be stopped and searched than someone from a more affluent background".

“Stop and search has at best a marginal effect on crime on society, and has overall a negative effect on police-community relations,” he said.

PSNI Chief Superintendent Sam Donaldson defended stop and search powers as “vital in helping us to prevent, detect and investigate crime”, and are only used “when necessary to help protect communities throughout Northern Ireland".

The police have also previously pointed to data showing that the high rates of stop and search in Northern Ireland have been gradually decreasing in recent years.

But according to Dr Topping, the focus on recent drops “misses the much longer term trajectory of stop and search” in Northern Ireland, where the use of the main stop and search powers had increased by 74% between 2004/5 – 2015/16.

“Communities in this country have a long history of enduring high levels of stop and search with very little outcome,” he said.

This ‘long history’ has endured in the age of Covid-19.

While 2020 saw an overall 5% drop in the number of people stopped and searched, the use of such powers remained high and did not appear to be significantly impacted by Covid-19 lockdown restrictions.

Indeed, there were more stops in each of the later three quarters of the year than during January to March. Stops conducted under the Misuse of Drugs Act, which is the main power used, counting for 70% of all stops, rose by 6% in 2020.

This trend was summed up as “surprising” and “difficult to understand” in a Policing Board report into Covid-19, given the general lockdown and significant reduction in the numbers of people on the street.

Some areas were more affected by stop and search than others. Belfast, for instance, which had a 50% higher rate of stop and search rate in 2019/2020 than the rest of the country.

Gerry Carroll, People Before Profit MLA for West Belfast, said he deals with stop and search in his constituency.

“We have the highest rates of stop and search in Belfast compared with other cities in the UK but some of the lowest arrest levels,” he said.

“This begs the obvious question – is stop and search being used by the police and security services to intimidate and harass rather than to 'prevent' crime as they would suggest? It would certainly appear so.”

Some of the greatest concerns relating to stop and search is the impact on children and young people. Those aged 25 and under account for 58% of stops last year.

Thirty-five thousand children were subject to stop and search between 2011 and 2019.

Children are being “systematically targeted”, according to the Children’s Law Centre, with even higher rates of stop and search in areas of deprivation.

The low arrest rate for those 17 and under – less than 4% – “would make the Children’s Law Centre question the use of stop and search and how effective it is as a tool to prevent crime”, said Claire Kemp, the organisation's policy officer. She said the arrest rate was so low it could be fairly described as “little better than chance”.

The Northern Ireland Young Life and Times survey showed in 2017 that young people identified the use of stop and search as one of their biggest concerns with the police, and that one in three felt more negatively about the PSNI afterwards.

“There needs to be an internal push within PSNI in terms of how they view stop and search.

"So it is not about making stop and search more effective – as in the police are wearing body worn cameras, explain the rights to the young people, that's all fine – but there needs to be an internal cultural shift in terms of using stop and search.”

Ms Kemp said a key area is about raising the minimum age of responsibility. This is currently 10 years old in Northern Ireland – as in England and Wales – lower than any country in the EU.

“There is so much evidence out there that putting children into the criminal justice system is counterproductive, it doesn't help the child and it doesn't help society,” she said.

Figures reveal that people from BAME backgrounds were twice as likely to be stopped as their white counterparts. They made up 4.1% of the total stops in 2020, despite only making up around 1.8% of the population.

The stop and search figures come after a joint VICE World News/The Detail investigation which uncovered that people from BAME backgrounds received a disproportionate number of Covid-19 fines in Northern Ireland last year.

Irish Travellers were by far most disproportionately affected.

Taking into account different population estimates for the Irish Traveller population in Northern Ireland, between 10 to 30% of all Travellers in NI were stopped and searched last year. The figure for all other ethnicities was 1.4%.

“These figures unfortunately show that unfair policing toward BAME community members was not just an anomaly or an accident of the pandemic but something that has been occurring for some time”, said Mr Carroll, the West Belfast MLA.

“This raises a serious question about systemic racism that needs to be tackled.”

This stark disparity is reflected in other parts of society, said Ms Kemp of the Children's Law Centre. “Traveller children in general have much worse outcomes in terms of the general population, whether it is in terms of contact with the police or education outcomes, their wellbeing in general is always much lower.”

The PSNI said they have “already identified potential issues in terms of ethnicity and has carried out a quality assurance exercise to ensure that these particular incidents had the required reasonable grounds".

The force only recently began to include ethnicity data in their statistical releases, something welcomed by Andy George, the President of the National Black Police Association and an inspector in the PSNI.

“The first thing is that it is good to see the data for ethnicities has been included in the stop and search (figures) that have been released”, he said.

However, he said that it was “quite disappointing” to see “that Black, Asian, Minority Ethnic people in NI are still more likely to be stopped and searched".

The PSNI has “some relationship building to do with those communities”, he added.

The data does not include statistics for the use of stop and search on the basis of community background.

There has been a long running issue over the PSNI resisting calls to monitor their use of stop and search powers on the basis of community background, said Daniel Holder from the Committee on the Administration of Justice.

“For years, despite numerous oversight findings and recommendations to the contrary, the PSNI have argued that it is not feasible to conduct this monitoring, and have come up with excuse after excuse for not doing so,” Mr Holder said.

But he said that the police have recently presented data on community background in relation to their use of controversial spit hoods, “thus contradicting their position that this cannot be done with stop and search".

However, Chief Superintendent Sam Donaldson said that “a working group has progressed significant research with a view to establishing options for implementation” of the community monitoring of stop and search activity, and will be discussed in due course.

“We recognise that the use of (stop and search) powers is a sensitive issue for our communities. I can assure the public that we continually review our practices and training, and have processes in place to ensure that stop and search is used effectively and proportionately.

"We also have a number of governance groups (particularly our Policing Powers Development Group) to ensure that police powers, including stop and search, are being used fairly and effectively.”