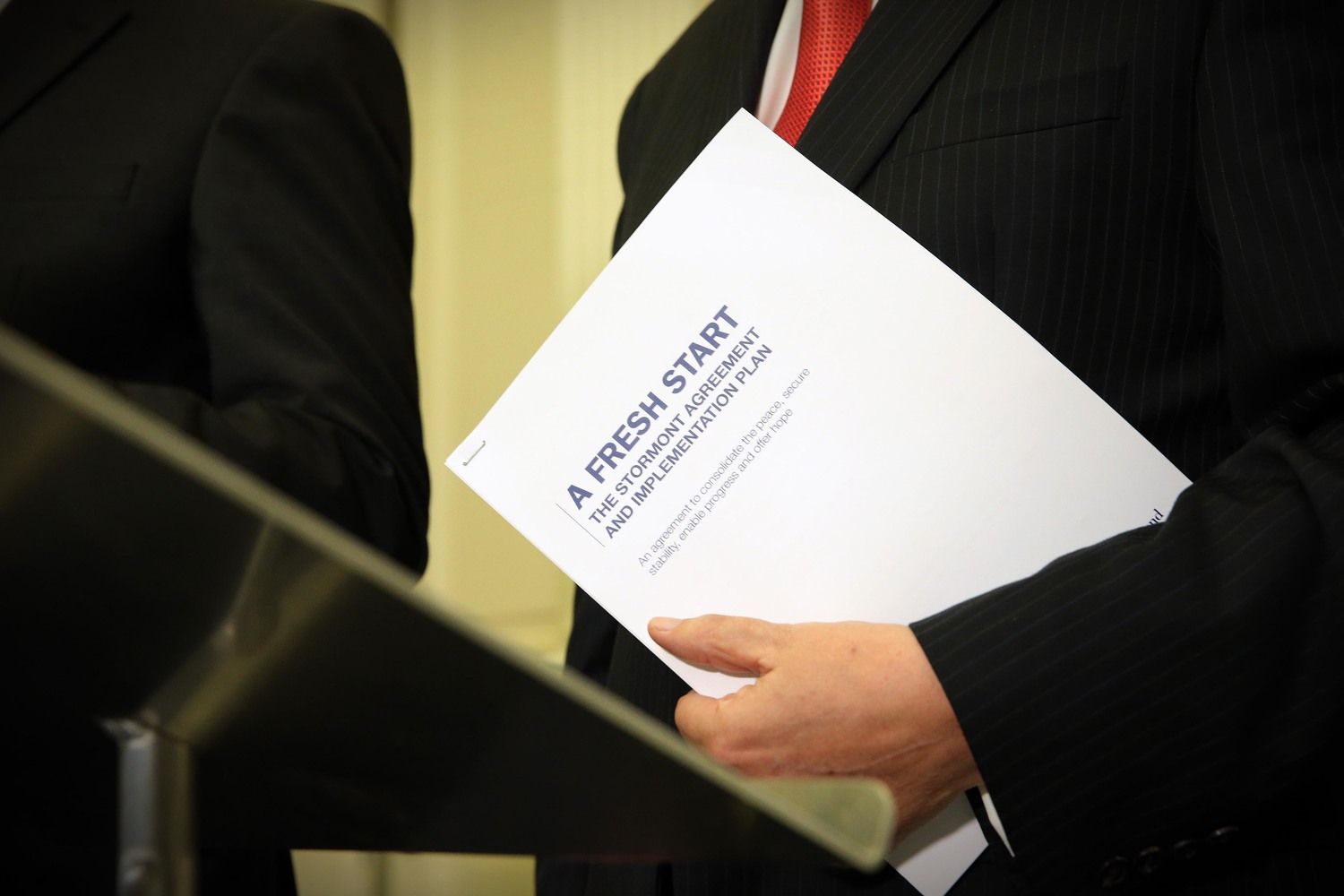 THE allocation of £14.6m of a Fresh Start Agreement funding block to the Police Service of Northern Ireland (PSNI) has been criticised by a leading Northern Ireland human rights organisation.

Signed by the Stormont Executive, the Irish Government and the British Government in November 2015 – the Fresh Start Agreement reiterated “the primacy and centrality of peace and the political process” in Northern Ireland, with the purpose of ending paramilitarism “once and for all”.

As part of the Fresh Start Agreement, the British Government dedicated an additional block of £160m to “support the PSNI to address the continuing severe national security threat (in Northern Ireland), as well as (to) provide greater capability to tackle continued paramilitary activity and criminality”.

In addition, a further block of £50m – half paid for by the British Government and half by the Stormont Executive – was set aside to be spent by 2021, also as part of the Fresh Start Agreement.

The Committee on the Administration of Justice’s (CAJ’s), Eliza Browning, criticised the spending of £14.6m of this block on the PSNI.

The £14.6m was allocated to the police for their work as part of the Paramilitary Crime Task Force, which was set-up as part of the Fresh Start Agreement.

The National Crime Agency (NCA) and Her Majesty’s Revenue and Customs (HMRC) are the other two organisations which make-up this multi-agency group. The NCA has received £2.9m of this £50m Fresh Start funding block, while the HMRC got £2m.

CAJ’s Ms Browning queried why these “centrally-funded” agencies were allocated this money.

The Detail has also uncovered that almost £600,000 of the £50m Paramilitary Crime Task Force Fresh Start funding was allocated to Forensic Science Northern Ireland. Meanwhile, £88,000 was given to the Department of Justice (DoJ) which was itself responsible for the allocation of this funding block.

Ms Browning said: “It is broadly recognised, including by the Independent Reporting Commission, that paramilitary activity is more prevalent in communities which suffer from serious social and economic deprivation.

“Further funded interventions could have been made in this area.

“In addition, there is the ongoing context of residential segregation being underpinned by paramilitary intimidation from housing and paramilitary involvement in racist hate crime.

“It is not clear what initiatives, if any, have been resourced to tackle these issues.”

However, Ms Browning questioned why there was not an even greater “objective-need based intervention on socio-economic issues”, particularly given the “emphasis put on the importance of community intervention in the Executive’s ‘action plan’ on tackling paramilitarism” which was published in 2016 alongside the Fresh Start Agreement.

The action plan states: “In short, it is recognised that some of the answers – and indeed much of the current effort – lie with communities who will often be best placed to propose and deliver solutions to the problems they face.

“This action plan is intended to enhance that existing effort and to wrap additional interventions around the excellent work which goes on within communities.”

A spokesperson for the Northern Ireland Office (NIO) – responsible for the allocation of the £160m block of Fresh Start money – told The Detail that in 2015, the UK Government decided to provide £160m in ringfenced “additional security funding” to the PSNI, “provided in addition to the PSNI's main funding from the Northern Ireland Executive...to tackle the enduring threat from Northern Ireland-related terrorism”.

The NIO added: “The UK Government also continues to provide funding to the Executive for tackling paramilitary activity in Northern Ireland.

“The success of this programme has shown that the presence of paramilitaries can be challenged, especially through targeted law enforcement measures, and initiatives that provide direct support to communities."

Meanwhile, the DoJ, responsible for the allocation of the £50m funding block, told The Detail its tackling paramilitarism programme “aims to stop paramilitary exploitation of individuals and communities” by addressing “gaps in support”.

The DoJ also said that the Paramilitary Crime Task Force was created to “ensure a dedicated long-term focus that can draw on specialist capabilities from all the agencies involved”.

However, the department added that there was also an “emphasis on complementary interventions”.

The PSNI, NCA and HMRC all said that they continue to work with their respective partner agencies in the Paramilitary Crime Task Force.

She added that this is done through “robust law enforcement” which helps to make “people and communities safer from the harm caused by paramilitarism”.