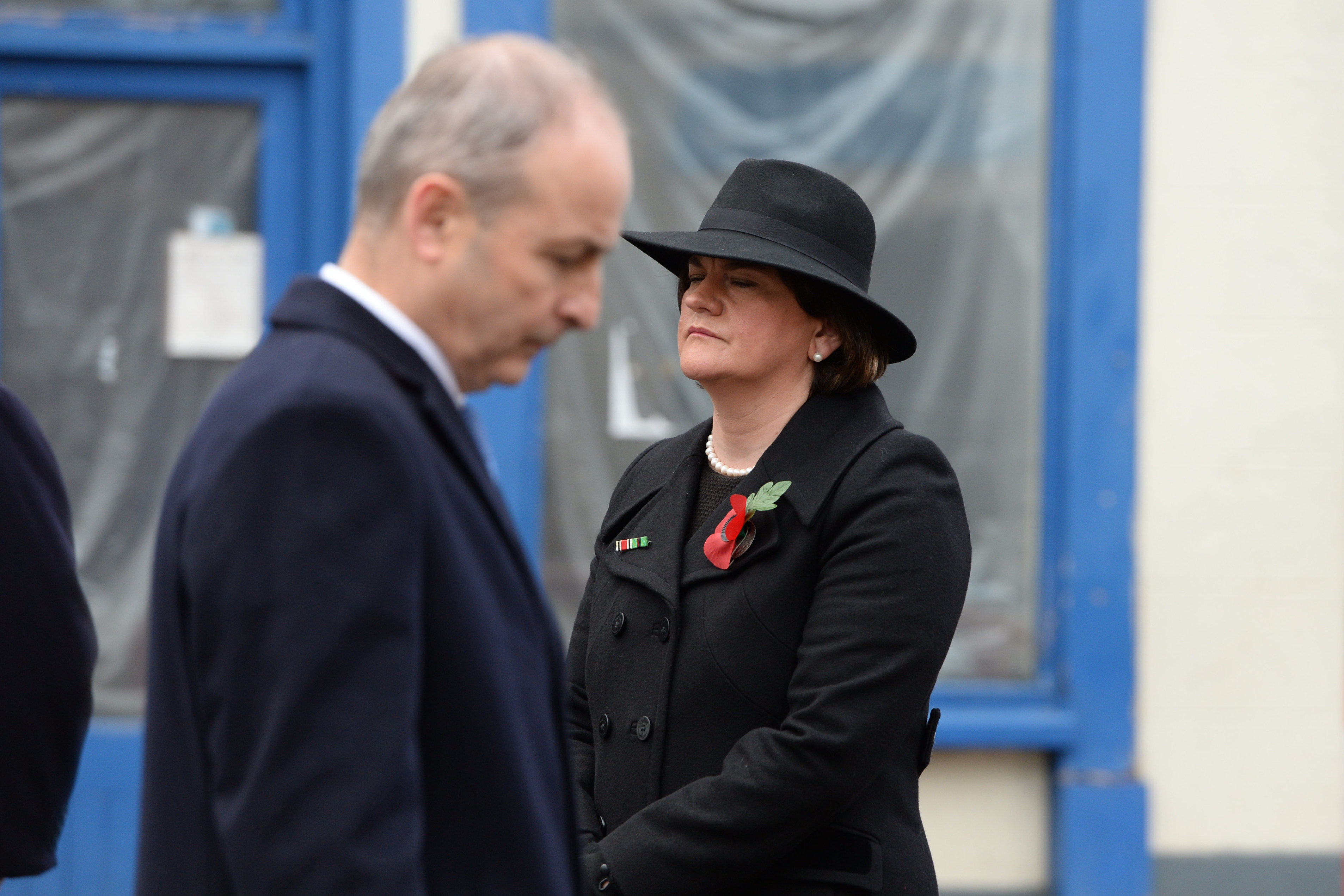 The thing about launching a major political initiative is that sometimes politics gets in the way!

And while Taoiseach Micheál Martin’s “shared island” project has largely been given a fair wind, inevitably different interests are reacting through the prism of their own positions when it comes to the constitutional question.

In particular, there is a risk that the Taoiseach’s unilateral assertion that a border poll isn’t on his radar for five years could overshadow the main overall strategy of having an inclusive dialogue from what Mr Martin described as “the full diversity of society on this island".

There is much to be welcomed in the Taoiseach’s announcement; building connections and trust north-south and east-west, exploring how a shared island economy, health service and education system would work and, not least, a significant investment of €500m into cross-border projects.

It would be a pity, therefore, if the question of whether or not a border poll should be held proves a distraction. Aside from the fact that Micheál Martin won’t be Taoiseach for five years and that his government is a co-guarantor of a Good Friday Agreement, the decision to call a border poll is not in his gift and one wonders what the motivation is for so firmly ruling it out.

Are party political factors at play? While a border poll is a demand from Sinn Féin, that party’s unprecedented success in the Republic of Ireland's election was more about economic and other factors than the national question. If asked the hypothetical question about a united Ireland, it remains a widely-held aspiration among voters in the Republic of Ireland, but not a major immediate priority. A political calculation could mean this Taoiseach denying a rival a key objective while not risking votes from his own base.

A cynical interpretation? Perhaps. But interestingly, the Taoiseach’s launch speech also referred to the need for “more reflection and engagement” in the south and there are many who believe that a century of partition has resulted in a significant lack of understanding of the north. Southern electors are preoccupied with their own issues, wonder about the economic cost of reunification and some are even asking if the risk of a northern loyalist violent backlash would become a reality.

Some commentators have even raised that risk as good reason not to engage in debate.

Or was the motivation for Mr Martin ruling out a border poll an attempt to reassure unionists that they can engage in dialogue without fear of Dublin’s ulterior motive? Intended or not, it would seem that there are early signs of realism from within unionism’s more strategic thinkers, albeit about convincing everyone of what Peter Robinson calls “the compelling and logical case” for retaining the union with Britain.

Consistent polling has shown that just about 50% of Northern Ireland voters would vote to retain the union, while varying smaller percentages would vote for a united Ireland. The big group up for grabs on both sides is the “don’t knows” which Robinson clearly recognizes.

Unionists know that a combination of Brexit, changing demographics in the north and a Westminster Government of English nationalism which they mistrust means they must engage in fresh thinking.

The Taoiseach also admits there must not be a pre-ordained outcome, so if genuine dialogue about a new Ireland, or shared island, is to be meaningful then all forms of new constitutional and sovereignty arrangements must be discussed.

Without preparing for it properly, a border poll could be a straightforward yes or no to the six counties cutting the tie with Britain and simply joining the 26 counties. To that extent, the fear that it would prove divisive is understandable and critics say such division is no way to build a new Ireland.

However it is not if, but when a border poll will happen. The Ireland’s Future group wants it in 2023, there are some in Fianna Fáil that suggest 2028, while Peter Robinson says “border poll deniers who think such a referendum will never be called” are “complacent and dangerous thinkers".

For me it is not when a border poll is called, it is the context and dialogue which is important in establishing what sort of shared, new Ireland is being considered. What plan is there to enshrine the rights of all communities, including Ireland’s new communities, and how could people’s way of life and indeed standard of living be guaranteed? How would the new Ireland be paid for and how would we practically harmonise tax systems, pensions, health, education and the rest?

Outwith any consideration of possible constitutional changes, a genuine conversation should focus on the practicalities of sharing an island which would benefit both parts.

The Covid crisis has highlighted capacity deficiencies in health services on both sides of the border, and while some people have suggested that there is merit in an all-island health system, there are practical issues to be overcome. Despite shortcomings with waiting lists and funding, the NHS provision of free service at the point of use is highly valued by all sections in the north.

They would worry that the southern system is inferior and expensive for the individual who would have to pay fees for GP appointments, prescriptions and hospital services. Reform of the southern system has been mooted, but questions remain about whether an already over-burdened taxpayer on both sides of the border would fund a new amalgamated health service.

There are practical challenges for co-operating across the island on the economy, too. Having two different currencies and even different rates of corporation tax are not insurmountable issues, but it remains to be seen going forward how one part of the island remaining in the EU and one leaving will play out for business being done between the two.

It’s estimated that the average wage in the south is a half again higher than the north; while the north argues that their cost of living and personal taxation are both lower, economists claim the southern economy is much stronger than a northern one, reliant as it is on the public sector and UK subvention.

Whether a debate over a united Ireland, or one which considers closer assimilation in a shared island, closer economic ties will bring particular challenges.

Northerners will ask about the security of their pensions, who will pay for them and what their money will buy?

The largely-segregated education system in Northern Ireland and its curriculum is another issue if greater links were to be formed, and this would be a particular issue in border areas where there could be merit in smaller schools with declining numbers co-operating or even amalgamating to secure their future in rural areas.

In all these matters, after a century of operating two systems across a small island, greater co-operation makes a lot of sense. Sharing the island practically will require plenty of discussion, but it seems to be a conversation which all communities are prepared for much more now than ever.

The Taoiseach’s “shared island” unit is an imaginative initiative with the laudable aim of transforming relationships across Ireland. The outworking of it, though, will be vital and to have meaningful and valuable dialogue is not a short-term process and one which requires many to step outside their own political bubble.