A rise in the number of people refused entry to the Republic of Ireland has prompted calls for greater transparency and oversight of immigration enforcement.

The Detail drilled down into the European Commission database on managed migration to reveal, for the first time, the scale of immigration enforcement in the republic.

It also reveals that Brazilian citizens were refused entry more than any other nationality, accounting for one in eight of all individuals refused entry to the republic during this period.

The Eurostat database draws on data provided by each EU member state. Eurostat data for 2017 is not yet available.

The special report further reveals that false or invalid visas or permits were the main reason non-EU citizens were refused entry during the nine year period analysed.

Individuals can be refused entry for a variety of reasons and may then be deported to their original destination.

The figures come in the wake of criticism from the United Nations Committee on the Convention against Torture (UNCAT) last year of the republic’s failure to provide comprehensive statistics on refusals of leave to land.

The Department of Justice did not indicate how many non-EU citizens passed through immigration services but confirmed that the number of people refused entry in 2016 represented 0.025% of all visitors from outside Europe.

Reacting to The Detail’s findings, the Irish Human Rights and Equality Commission called on the government to provide all necessary services to individuals refused entry to ensure that those in need of asylum are not returned to face persecution.

A spokesperson said: “The Commission has recommended that Ireland take all necessary steps, including provision of legal and interpretation services, to ensure that it fulfils its international obligation of non-refoulement (not returning asylum seekers and refugees to face persecution where they came from).”

CEO of the Irish immigrant support centre, Nasc, Fiona Finn, also urged the Department of Justice and Garda National Immigration Bureau to publish immigration enforcement data as a matter of routine: “It is incredibly important to see the breakdown of numbers refused leave to land, and we welcome The Detail’s work on this. We have been seeking these breakdowns for the last several years, and have experienced incredible difficulties accessing this data. This is information the Department of Justice should be routinely providing, and it speaks to the general culture of secrecy that overshadows immigration and asylum that it is so difficult to access these figures.”

It is not clear, however, how many non-EU citizens passed through immigration services during this period and if this rising trend in refusals reflected higher visitor traffic.

The Department of Justice did not provide specific figures to The Detail but said the number of people refused entry in 2016 represented 0.025% of all non-EU visitors.

The majority of people were refused entry at airports rather than at ports or land borders, as the following graphic shows.

The Department of Justice confirmed that a further 2,600 people were refused entry between January and September 2017.

A further breakdown of Eurostat data by nationality shows that more Brazilian citizens (3,515) were refused entry than any other nationality between 2008 and 2016, accounting for one in eight of all non-EU citizens refused entry.

Last year a number of high profile cases involving the detention of Brazilian nationals visiting the republic led to complaints by the Brazilian government as reported by the Irish Times.

Chinese (2,185), South African (1,950), Nigerian (1,705), and Albanian (1,465) nationals were also among the top five nationalities refused entry – countries with a high asylum refusal rate in the republic over the same period as reported by The Detail today - see here for story on asylum.

The Immigrant Council of Ireland (ICI) said there was a lack of published guidance around how decisions are made by immigration officials.

Catherine Cosgrave, Legal Services Manager at ICI said: “Some of the grounds for refusal of leave to land are highly subjective. There is no published guidance regarding how the view of an immigration officer is reasonably formed”.

More than 2,000 citizens from areas of concern refused

Further analysis reveals that 2,135 citizens from areas of conflict or humanitarian concern - Afghanistan, Somalia, Iran, Iraq, Syria, Eritrea, and Libya - were refused entry to the republic between 2008 and 2016, as the following graphic illustrates. Their purpose of travel at the time is not known.

Since December 2016 the Irish government has given greater priority to asylum applications coming from these countries following a recommendation from the UN High Commissioner for Refugees.

CEO of Nasc Fiona Finn, said the rise in refusals was concerning: “To see an increase in the numbers of people being refused entry, in particular people emanating from conflict zones, is particularly worrying, especially in the context of the global refugee crisis and the growing numbers of forcibly displaced people around the world.

“When someone is refused leave to land, how many are subsequently being allowed to claim asylum if that is what is necessary, and how many are not being given that opportunity?

“There is currently no right to appeal a refusal, and often, in our experience, we have found that people refused entry are not necessarily aware of what is happening to them or being offered access to legal support and advice.”

The Department of Justice confirmed that citizens from outside the EU do not have a right of appeal if refused entry.

A spokesperson for the Department said: “In respect of non-EU nationals there is not any provision for an appeal of a decision to refuse permission to enter the State.”

“It is open to an individual who has been refused permission to enter to request further information in connection with the decision and such requests will be addressed,” the spokesperson said, adding that in some cases individuals may seek a judicial review of the decision.

Immigration officers at air, land, and sea borders can refuse entry for a number of reasons, including invalid or false travel documents, visas, or permits, if they have concerns about the intended purpose of travel, if an individual has insufficient means to fund their stay, is considered a public threat or is the subject of an alert.

An analysis of Eurostat data shows that false or invalid visas or permits were the main reason non-EU citizens were refused entry (70%) between 2008 and 2016, followed by false and invalid travel documents (22%), insufficient means (5%), and stay not justified (3%).

The number of people refused entry because of an alert or because they were deemed a public threat was low – 240 people or less than 1% of all refusals over the nine year period.

The following graphic summarises the reasons why individuals were refused entry to the republic since 2008.

While the numbers are low, more citizens from South Africa (240), the United States (225) and Brazil (155) were refused entry than any other nationality because immigration officials ruled they did not have sufficient means or funds to stay in the country.

More US citizens (125) than any other nationality were also refused entry because immigration officials did not consider their stay to be justified.

The following interactive map shows the number and nationality of people refused entry to the republic and the reason why between 2008 and 2016.

In some circumstances, where an individual is refused entry and facing deportation, it may trigger an application for asylum.

The Detail has also reported today that one in five asylum applications in the republic were made from Irish airports and prisons - see here for story on asylum.

Data collated by the Reception and Integration Agency shows that asylum applications made at Dublin airport alone have more than doubled since 2015 - rising from 277 in 2015 to 699 by November 2017.

It is not clear how many of these asylum applications were made on foot of being refused entry and the threat of deportation.

The Department of Justice was unable to confirm how many people refused entry subsequently made an application for asylum.

We spoke to a number of individuals who found themselves in such a situation, where they were refused entry and subsequently made an application for asylum.

David Yewande, a Nigerian science and maths teacher based in South Africa, was refused entry at Dublin airport in September 2017 when arriving to take up postgraduate studies at a Dublin university. Immigration officials ruled he had insufficient means to stay in the republic, which he contests – see here or click on the image below for his story. 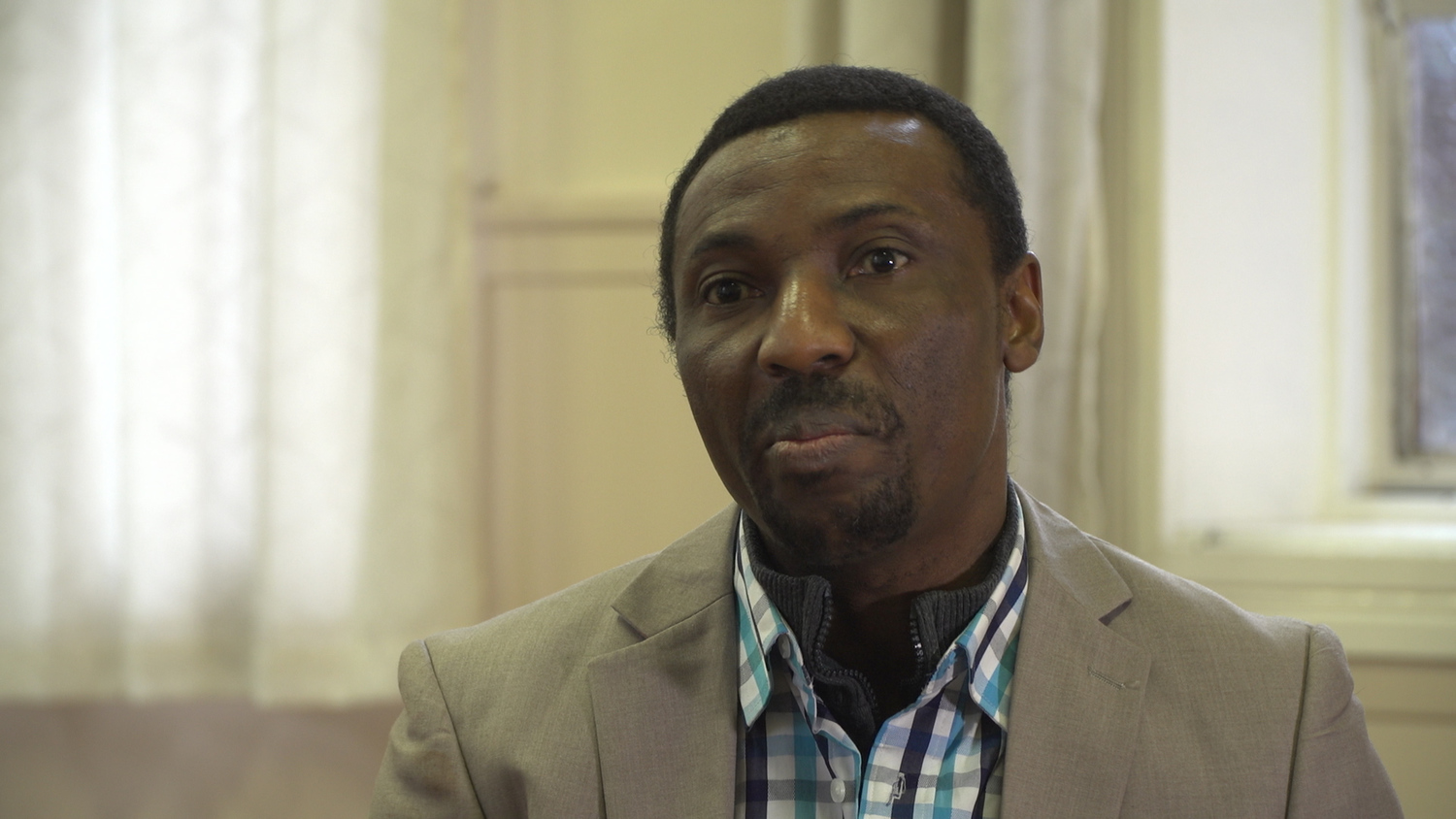 Click on image to read about David Yewande's story.

We also met a Pakistani couple, who were refused entry at Dublin airport in September 2016 when issues arose with a work permit issued by a government department in the republic. They came from Saudi Arabia, with their two children, to begin a new life in the republic but now find themselves in the asylum system and living in Direct Provision accommodation in a rural town – see here or on the image below for their story. 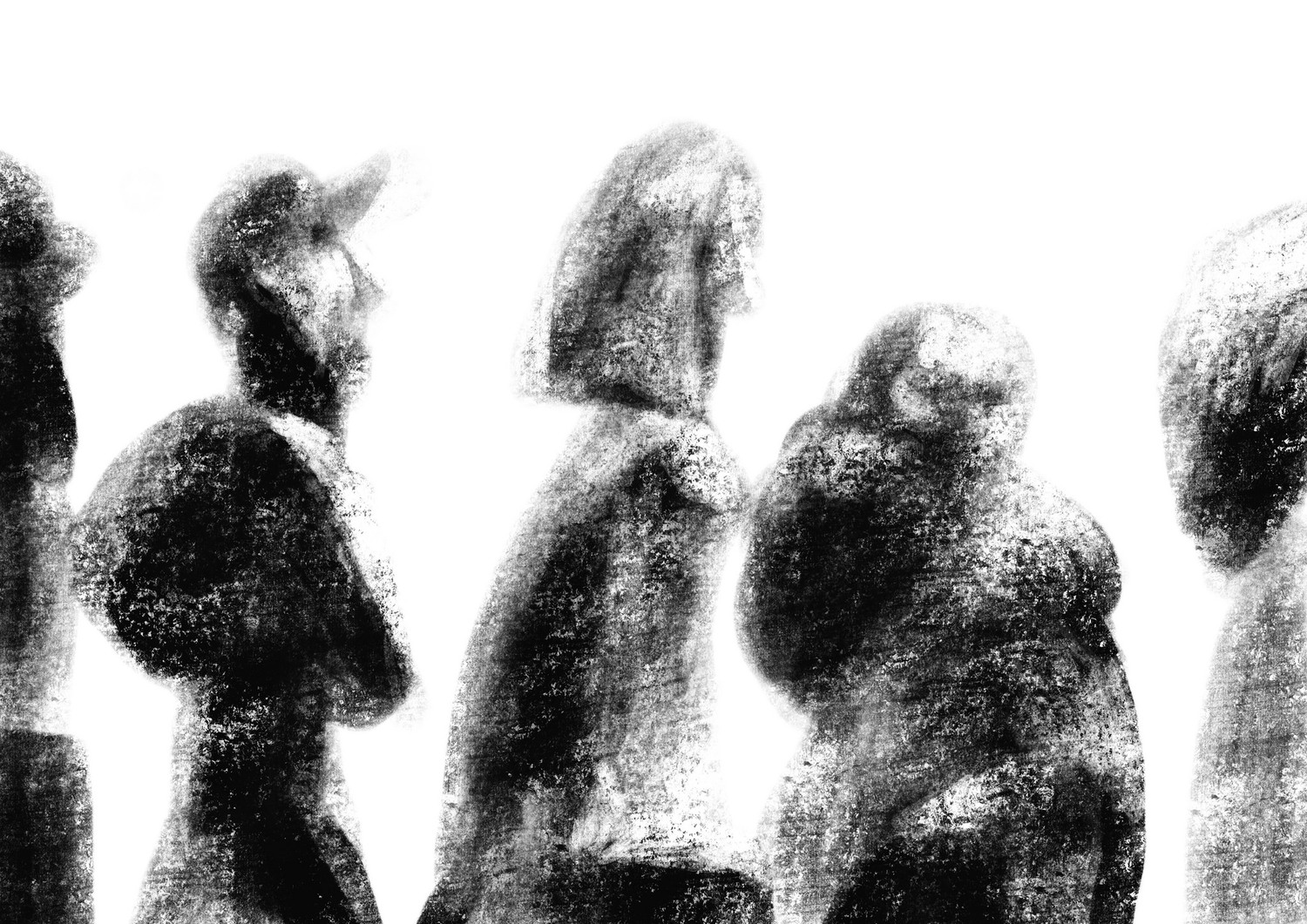 Click on image to read about one Pakistani family's experience

Around 115,000 people from non-EU countries live, work, or study in the republic. Another cohort of non-EU citizens living in the republic, however, are deemed illegally present because they overstayed their visa or permit or were refused asylum.

Eurostat data shows that 24,045 people were found to be illegally present in the republic between 2008 and 2016, that 13,610 were ordered to leave, and that almost 6,000 were returned to their country of origin during this time.

More citizens from Nigeria were found to be illegally present (4,770), ordered to leave (2,230), and returned (1,250) than any other nationality during this time period.

The following interactive map shows the number and nationality of non-EU citizens found illegally present and ordered to leave the republic between 2008 and 2016.

Other figures show that more than 2,200 non-EU citizens were detained in prisons over the past six years for breaching, or being suspected of breaching, Irish immigration laws.

In the absence of a purpose-built immigration detention centre anyone refused leave to land, facing deportation, or being transferred to another EU member state under the ‘Dublin’ regulation can be detained in Garda custody or prison.

Data on the detention of illegal immigrants is not readily available but figures recently furnished in the Dáil shed some light on the number and nationality of citizens detained since 2012.

A breakdown by nationality shows that Albanian, Chinese, Brazilian, Pakistani, and Nigerian citizens made up 43% of all immigrants detained since 2012, as the following interactive graphic illustrates.

The republic has come under criticism for detaining immigrants in prison or police custody alongside remand and convicted offenders when held on suspicion of immigration breaches, for deportation, or for transfer to another EU member state.

Reacting to the figures the Irish Human Rights and Equality Commission reiterated concerns it raised before the UN Committee against Torture last year.

A spokesperson said: “The Commission has highlighted that an applicant for international protection should only be detained as a measure of last resort and for a maximum period. More broadly, it raised concerns regarding the accommodation of detainees for immigration-related reasons in prison and recommended that conditions of detention comply with the guidance of the Council of Europe Committee for the Prevention of Torture and Inhuman or Degrading Treatment or Punishment.”

Return to the main story here for a summary of the findings from this special investigation and links to the personal experiences of those in the asylum process.