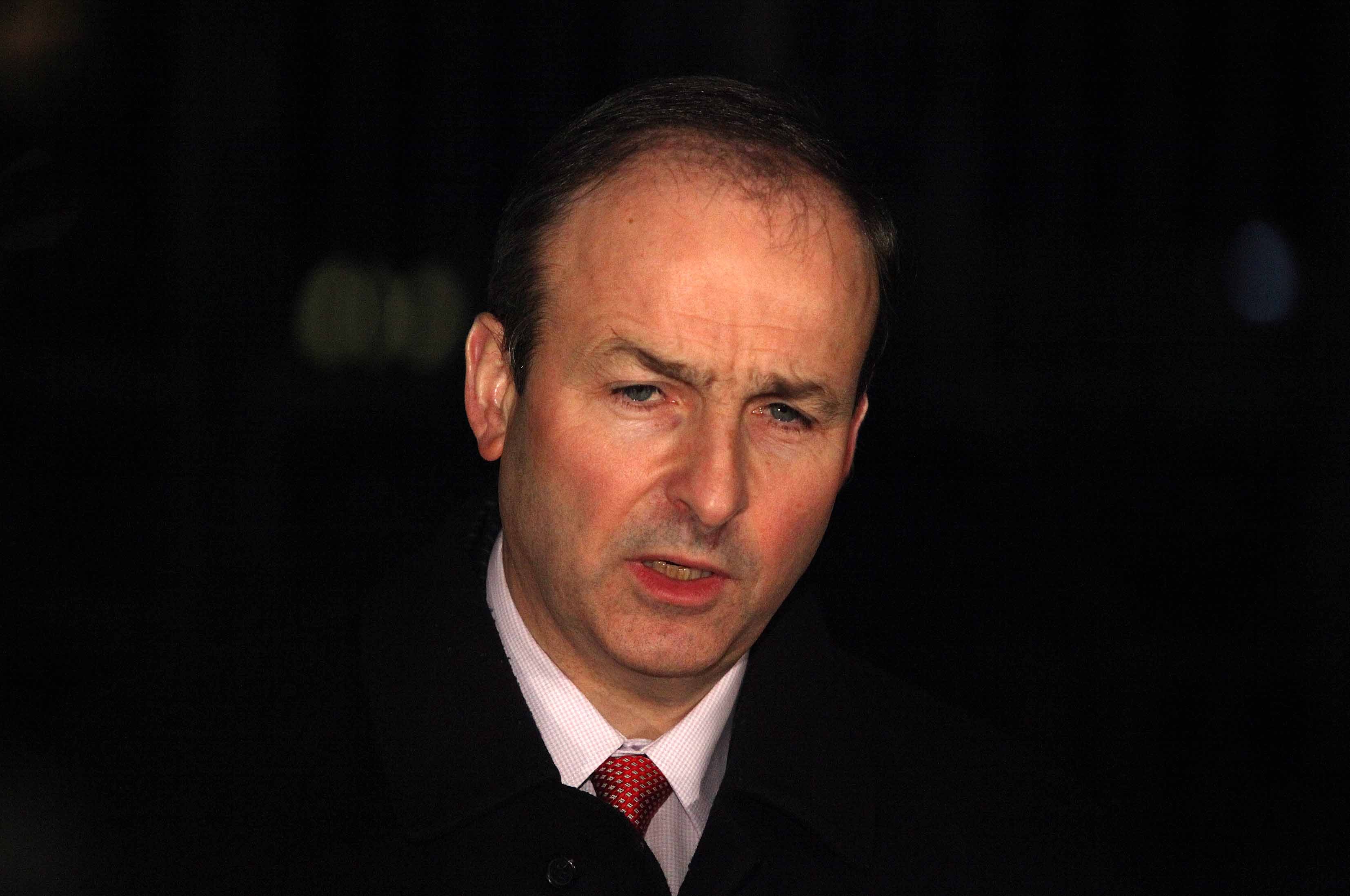 THE Taoiseach’s department cannot provide any guidance on the annual budget or staffing levels of its newly-promised Shared Island Unit.

A department spokesperson could also not explain to The Detail how regularly Micheál Martin plans to meet with the unit; what new high-profile roles, if any, will be created in the unit or how it will interact with northern voices.

On June 15, 2020, the new Dublin coalition announced in its Programme for Government (PfG) that it will establish the Shared Island Unit to work towards “a consensus on a shared island”.

The PfG states the unit will “examine the political, social, economic and cultural considerations underpinning a future in which all traditions are mutually respected".

The PfG also says that this unit will be rooted in the principles of the Good Friday Agreement.

On July 21, The Detail posed a series of questions to the Taoiseach’s department about the resources and logistics of the Shared Ireland Unit.

Later that day, a spokesperson responded with a link to an answer which the Taoiseach provided to a Parliamentary Question, regarding the unit, on July 7.

Mr Martin stated: “Work on its structure, staffing and work programme is underway and I hope that the unit will start its work by the end of the month.”

The Detail requested further guidance on the resources and function of the Shared Island Unit, but none was offered.

Colin Harvey is a Queen’s University Belfast (QUB) law academic who has been instrumental in creating a platform for civic society to engage in conversations about Ireland’s constitutional future.

He told The Detail it’s important that the public is informed of what resources the Shared Island Unit will have and added that there also needs to be a “clearer idea of its remit”.

Mr Harvey said: “From the PfG, it’s rather vague what this unit will be doing. We need clarity and certainty around that.”

Last month, the SDLP – which shares a formal partnership with Micheál Martin’s party, Fianna Fáil – announced it will create the New Ireland Commission.

The SDLP’s leader, Colum Eastwood, said this commission will “seek to engage with every community, sector and generation on this island to build new proposals that can generate a consensus on our future constitutional arrangements”.

Colin Harvey, however, said it’s important that the Shared Island Unit doesn’t get drawn into a political fight between Sinn Féin and the Irish Government which he fears is at “real risk” of happening.

“My frustration, particularly now, is people are prepared to stand up and make rather vague and abstract statements about the future of the island but they can’t answer questions about what that will look like,” the QUB academic said.

“I hope the unit isn’t just window-dressing and is instead a really serious attempt to think through how we are sharing the island now but also how we are going to share the island in the future.”

Mr Harvey added that the conversation around unification needed to be normalised as there is “unglamorous” contingency planning which both governments, north and south, need to undertake.

“Irish unification is something that is anticipated in the Irish Constitution, it’s in the Good Friday Agreement and it’s under-pinned by international law in terms of the mechanisms,” he said.

“The worry for me is that this island is potentially heading into very significant change in the next decade and somebody needs to be doing the hard-thinking and difficult work in advance of all that.”

Mr Harvey also said he would “much prefer” if politicians stopped calling a potential border poll “divisive” and instead “got on with the hard work around preparing for referendums”.

He added: “If this Shared Island Unit doesn’t do it, it just means somebody else is going to have to.”

Ian Marshall is the former president of the Ulster Farmers’ Union and was, until a few months ago, an independent member of Seanad Éireann. He is also from a unionist background in Northern Ireland.

Mr Marshall told The Detail: “I think the Shared Island Unit is a good thing.

“The landscape is changing, demographics are changing, attitudes are changing. The old binary questions which we all dealt with for many, many years are becoming more diverse.

“The language from the Irish Government’s perspective has been correct in speaking of developing north-south relations in an inclusive manner with respect for all traditions.”

Mr Marshall, however, added that he understands why unionists don't want to engage in conversations around the establishment of a united Ireland.

He continued: “So, the creation of a safe space where all traditions have an opportunity to not only discuss unity but also discuss the maintenance of the union – to look at all the benefits and opportunities, as well as the complication and disadvantage that that might entail.”

Mr Marshall also said that critical to holding a referendum on Irish unity, or any other subject, is “knowing what you do with the losing side”.

He added: “Irrespective of what the outcome is, unless you have a mechanism for dealing with the side which perceives itself as losing, well then you’re probably going to create more problems than you solve.

“That’s why the Shared Island Unit is critically important because it could give a platform for discussion to look at all of that.

“What two years in the Seanad taught me was that this idea of Dublin being a cold house for unionists is not the case.

“However, I understand the nervousness within unionism and there is still an element of mistrust because there has been a serious lack of communication and understanding between Belfast and Dublin.

“I would encourage unionists to get involved with the unit to better understand people’s views in the south and also to explain their own views.”

Colin Harvey said: “It’s important that discussions are open and welcoming, and that everyone feels they can participate.

“However, one thing that people forget, is that we also have to respect the right of unionists to be unionists.

“The job of unionism, which is sometimes neglected but I see more and more people now picking up, is to make the case for the union.

“Nobody expects unionists to be involved in designing a united Ireland but another conversation is about what the proposals are for staying in the UK.”

Mr Harvey added that nationalist and unionist politicians have to think as if they were in a campaign for a referendum and “what their literature would say”.

He said there has been a “complacency” from political unionism in “making the case for the union” while there has been more public focus on those advocating for a united Ireland.

“My own view is that both sides, unionism and nationalism, need to up their game and get beyond vague, aspirational language and actually tell us what both their viewpoints actually mean,” Mr Harvey said.

Based on his experiences as a senator in the Republic of Ireland, Ian Marshall said: “I think there are a lot of people in the Oireachtas who don’t spend a lot of time thinking about Northern Ireland issues.

“Some of the politicians would probably be completely honest and say they don’t really understand, but I think there is an appetite to understand better.

“For me, as a young boy growing up in south Armagh, the Second World War was history, it was another time that I read about in books and saw in movies. There was very little connection for me.

“For my children, the Troubles is something which happened 22 years ago. It’s something they watch on the newsreel and study at school but they don’t really have a connection to that.

“That’s why it’s important when we’re having these conversations that we don’t get hung up on looking backwards but we concentrate on looking forwards because this is about the future.”