What are the logistics of a unified health service for the island of Ireland? 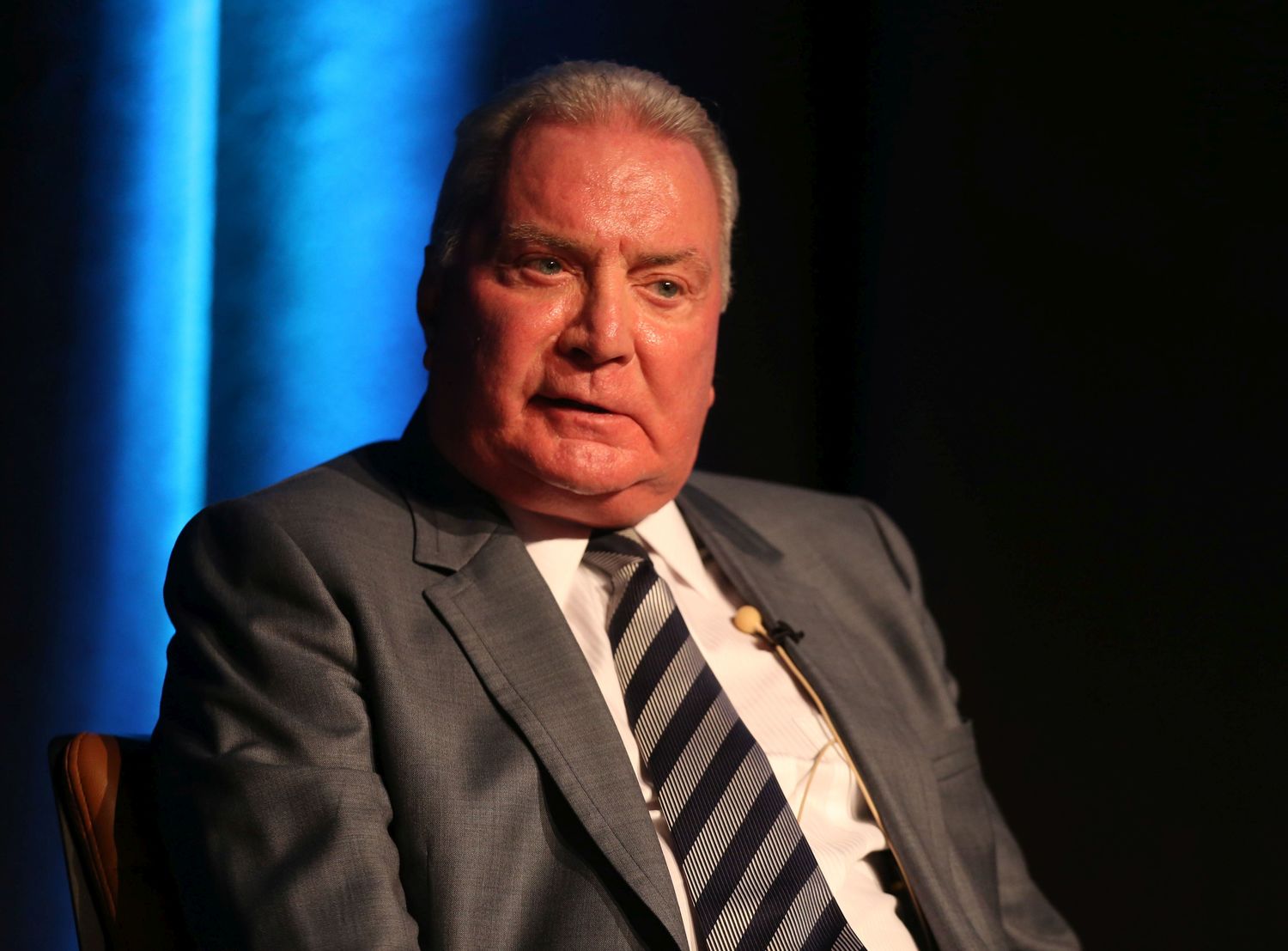 Professor Jim Dornan at the Beyond Brexit - The Future of Ireland conference at the ICC, Waterfront Hall, Belfast. Photo by Matt Mackey, Press Eye.

LOGIC dictates that the health services of the whole island of Ireland should be provided and managed as one entity, whether or not we sign up to a new union of Ireland.

The populations north, south, east and west, have much in common genetically, socially, ethically and aspirationally.

Also, reassuringly, the health care providers; the National Health Service (NHS) in the United Kingdom (UK), and the Health Services Executive (HSE) in the Republic of Ireland (ROI), share seats of learning, have very similar training programmes and follow standardised clinical guidelines for the prevention and treatment of disease.

We live in exciting times where medical knowledge is doubling every 70 days, while at the same time patient expectations are rising, and so adequate funding commensurate with the country’s economy must be provided by direct and fearless taxation, the amount of which is in keeping with the wishes of the electorate.

People no longer accept disease and death as an inevitable consequence of 'God’s will'. Rather, we collectively believe in survival of the weakest, or poorest, and of course, the strongest, or richest.

It is the aim of all countries to provide an efficient, caring, effective healthcare infrastructure, and a body of well trained, vocationally driven personnel who help set the clinical agenda for a proactive and sensitive management team to implement.

Across the island of Ireland, the health issues and requirements of our populations are similar and increasingly we all demand not just a competent service, but an excellent one, free at the point of access.

One such model involves regionalisation of specialist services in order to improve patient outcomes and reduce mortality, particularly for services that involve relatively low volumes of patients who present with complex resource intensive conditions requiring high levels of clinical skills, such as organ donation and cancer surgery.

An example of this is Sweden, which centralised paediatric heart surgery in two centres, reducing 30-day mortality for open-heart surgery on infants and children from 9.5% to 1.9%.

Similarly, an exciting development across Northern Ireland (NI) and ROI has been the creation of the All Island Congenital Heart Disease (CHD) Network, a unique world class health initiative which is delivering better outcomes for children across the island of Ireland.

The CHD Network is the first integrated clinical network to operate on an island-wide basis and has resulted in improved quality of care and increased resources.

Its success is due to the commitment of respective governments, north and south, and effective collaboration and partnership working between healthcare professionals, managers and patient representatives.

This model of care holds promise, not only for other skill heavy surgical specialties, but also for underdeveloped services.

For example, there is currently no specialist perinatal mental health inpatient mother and infant unit on the island. Working collaboratively across both jurisdictions could well provide opportunities to improve mental health services for all our women.

There are of course differences in the two dispensations. The NHS, is politically separate to the private sector, however as I write, it increasingly seems to be working closer with same. The HSE, alternatively, has a tradition of working hand in glove with the private sector though currently appears to be endeavouring to create space between the two sectors.

The truth is that, going forward, a fusion of both private and public is desirable, inevitable, and logical, for health is wealth, and equally importantly, wealth is health.

The relevant percentage split between the two will be directly proportional to the portion of Gross Domestic Product (GDP) allocated to health, which itself will be a product of the economic success of the country and the particular political will of those in power.

According to the latest published statistics, the UK uses up 9.6% of the nation’s GDP for health and ROI uses 7.2%. A prosperous country should, and will, spend more of its GDP as it climbs the economic ladder. Therefore the amount an individual or country can spend on health is limitless, but in reality what it will spend is political.

The much admired NHS culture was based on these three pillars that should be embedded in any new health service. That the services provided; meet the needs of everyone, be free at the point of delivery and be based on clinical need, and not the ability to pay.

I believe that while all essential healthcare should indeed be free at the point of delivery, there are many successful models worldwide where socialised medicine can work to the benefit of all while still having a hand in glove relationship with the private sector.

However, we all must recognise that a successful service will not be one tier or two tier, but will in fact be multi-tiered.

The purists amongst us, who want a one tier system are often earnest, well informed, educated and driven, but must accept that while all should have access to ‘free’ healthcare, there will be some who will wish to spend their own money on what they perceive will offer them something extra.

Let me explain. At present in NHS England & Wales, the National Institute for Clinical Excellence (NICE) meet at regular intervals and will identify which preventative measures and treatment regimes are evidence-based and affordable following their analyses from research, pharmaceutical and other available data.

The two key phrases here are ‘evidence-based’ and ‘affordable’. The first will usually only refer to grade one based evidence (obtained from at least one properly designed Randomised Controlled Trial (RCT), but may on occasions also consider grade two, and even grade three.

Quite simply, NICE claims to know what the best treatments are, and also what the country can afford.

My own view is that the two elements, efficacy and affordability, should be determined by two different expert bodies. Therefore, when a country is booming economically a large GDP can be assigned and a larger range of treatments offered, but then in times of hardship a degree of rationing would need to be installed.

Personally I know of no country that can afford to provide all treatments to all patients all of the time. As a result, there should be the option for individual members of the public to opt out of the new health service to access what they perceive as appropriate treatment for themselves, and indeed opt back in when that treatment episode is finished.

As well as a unified national health service for the people of Ireland, there should also be an increased emphasis on individual responsibility for personal health.

Genes are currently just about unchangeable, but diet and exercise are now recognised by many in our population as key features of their lifestyle.

However unfortunately this healthy attitude to living is not held by all, but hopefully it will be...soon.

Those who participate in leisure time activities that bring with them a high risk of personal injury should attract personal insurance to cover liability. Indeed I think it’s a fair argument also that a new all-island health service should try and obtain refunds for treatment provided by those involved in motor accidents where the vehicles are correctly insured.

For Ireland to be economically strong it needs to have its people as healthy as possible at all times, and for its citizens to increasingly take personal responsibility for same.

This should be encouraged from the early years. However the occurrence of illness is often indiscriminate and so it should be remembered that healthcare provision is provided by humans for humans, and so mistakes can occur, ranging from straightforward accidents of birth to gross negligence by healthcare providers.

Many of these are now ending up being fought out years later in our courts, at huge personal and fiscal expense to everyone directly and indirectly involved.

A new all-island health service should carefully examine the New Zealand ‘no fault compensation’ system that not only efficiently addresses the needs of the deserving parties, but also removes much of the fear element from the healthcare provider.

At last we on this island are beginning to have an out loud discussion about mental health. A new all Ireland health system should make the prevention of mental health problems a priority at every level.

Mental health nurse practitioners should be available at every school to encourage an open culture and to help avoid problems before they occur. It’s surely better to build a young person, of whatever gender, rather than spend the later years trying to repair a damaged adult.

A unified health service for the island of Ireland doesn’t actually have to await a political settlement. Let’s start right now by setting up a working party that will advise on how best to use the resources available to provide the best of care for all our peoples of this land.